Hailed as the best camera brand and pioneer of the Magnum aesthetic, Leica is one of the most prestigious names in photography, a camera responsible for some of the most memorable photographs in collective memory. The first 35mm camera was a Leica, and its invention was a game-changer for a flourishing artistic and journalistic medium. 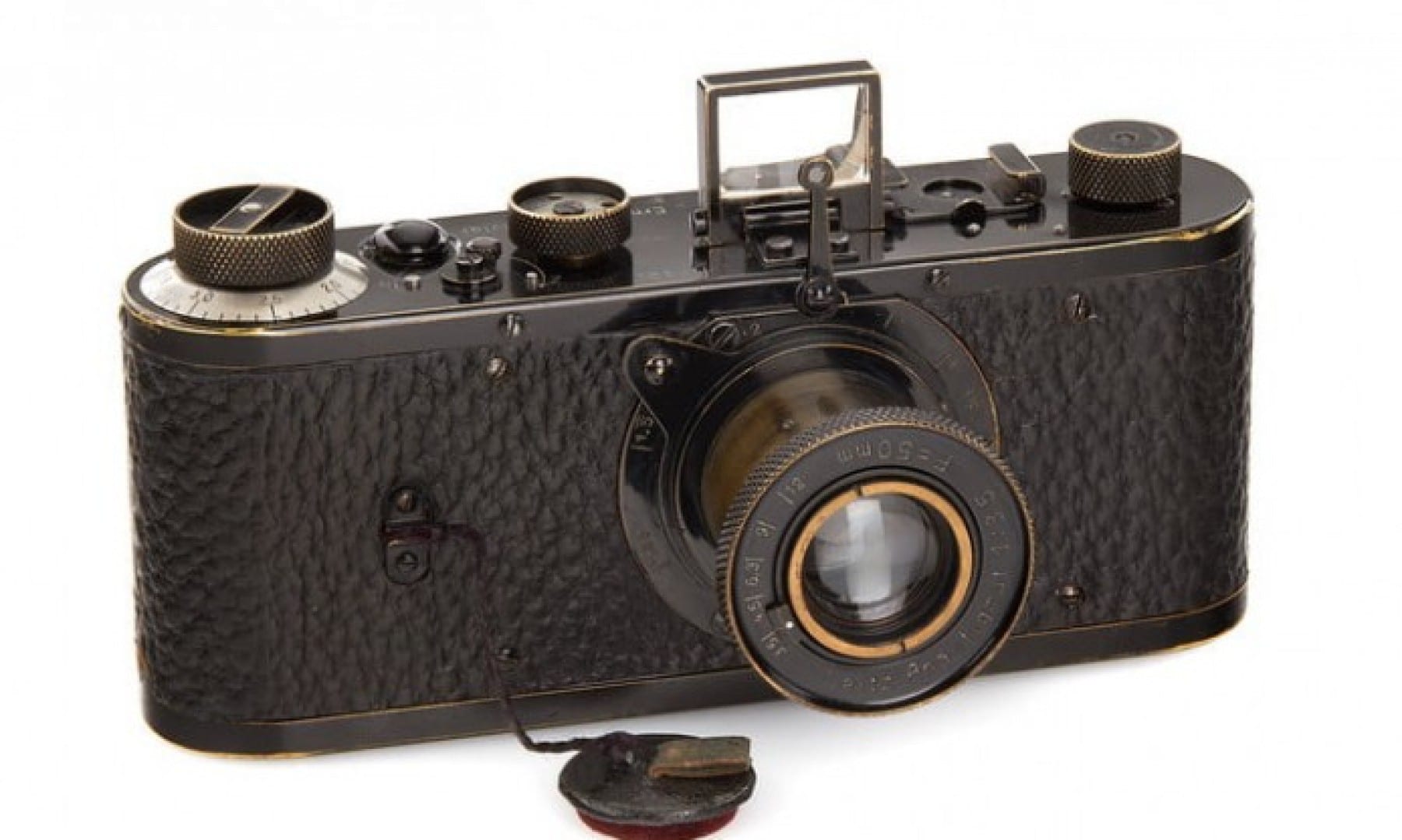 In the early 1900’s cameras were still bulky and difficult to carry around. Annoyed by the lengths a photographer had to take to get their shot, Ernst Leitz, a German optical engineer who ran an institute which produced microscopes, was convinced that a smaller portable camera could be manufactured with his lenses.

Determined to change things, Leitz instigated the Leica prototype in 1914 and later handed over the reins of production to Oskar Barnack, a fellow optician and photographer. 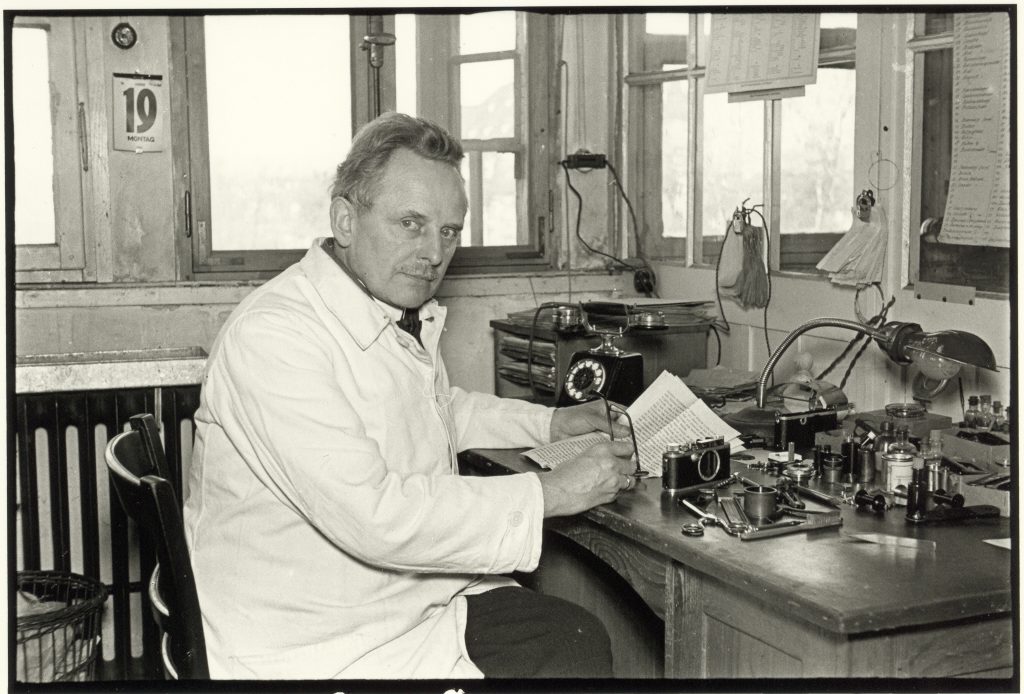 As Oscar Barnack worked on the camera, he fitted it with a Leitz anastigmat 50mm 3.5 lens. The fully-functional prototype was called UR-leica- a still camera for 35mm perforated film.

The birth of UR-leica signified a leap in the world of photography as Barnack’s invention was small enough to use handheld, creating a camera compact enough to take anywhere. By 1925, the prototype had been perfected and the Leica I was ready for worldwide release. 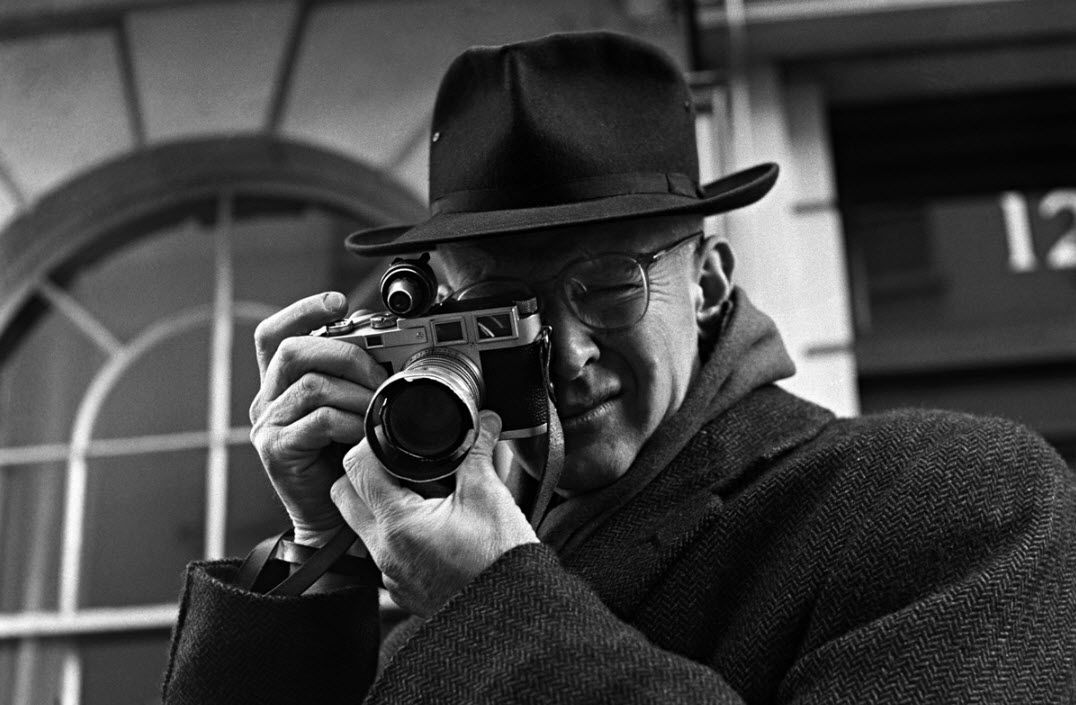 Henri Cartier-Bresson with his trusty Leica in 1957 © Jane Bown 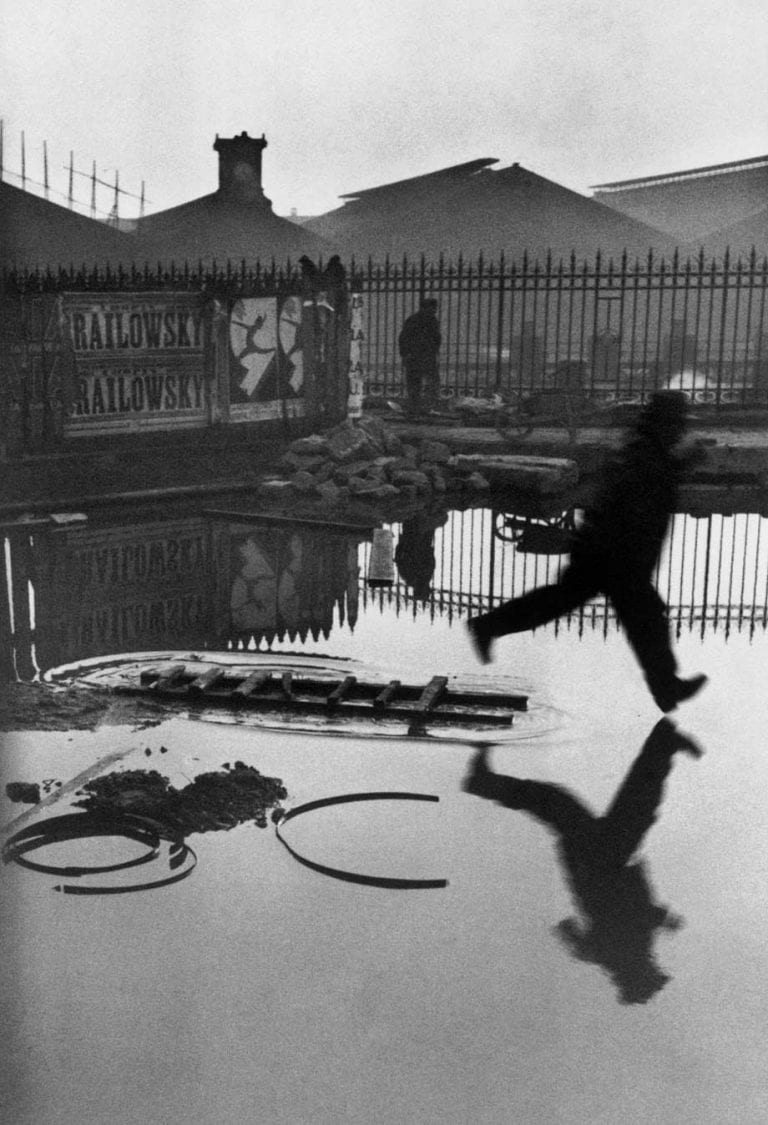 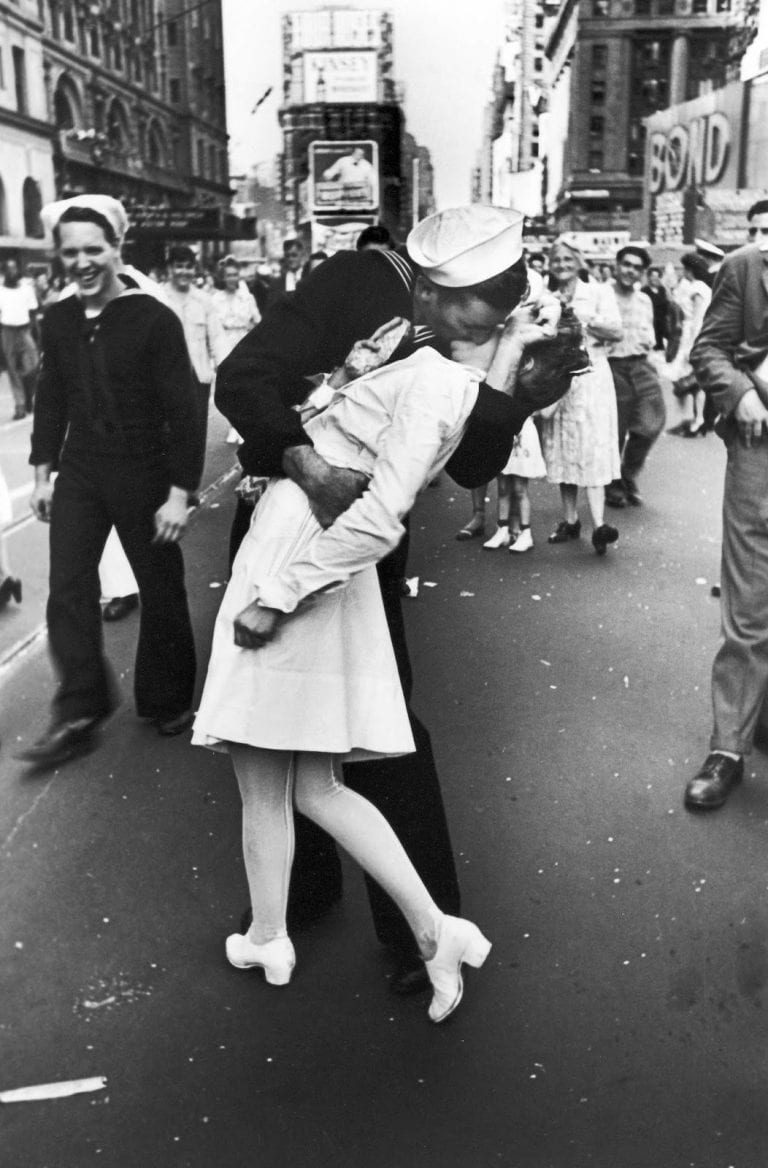 Whilst the Leica I was a 35mm fixed-lens camera, Barnack wanted to develop the original further, granting photographers the flexibility to shoot in all manner of conditions. By developing a rangefinder camera body with detachable and interchangeable lenses, the Leica II was born.

Professional photographers soon realised that the Leica offered them the freedom to shoot dynamically, in extraordinarily high quality. The portability of the camera is said to have sparked the growth in photojournalism in the 20th century. 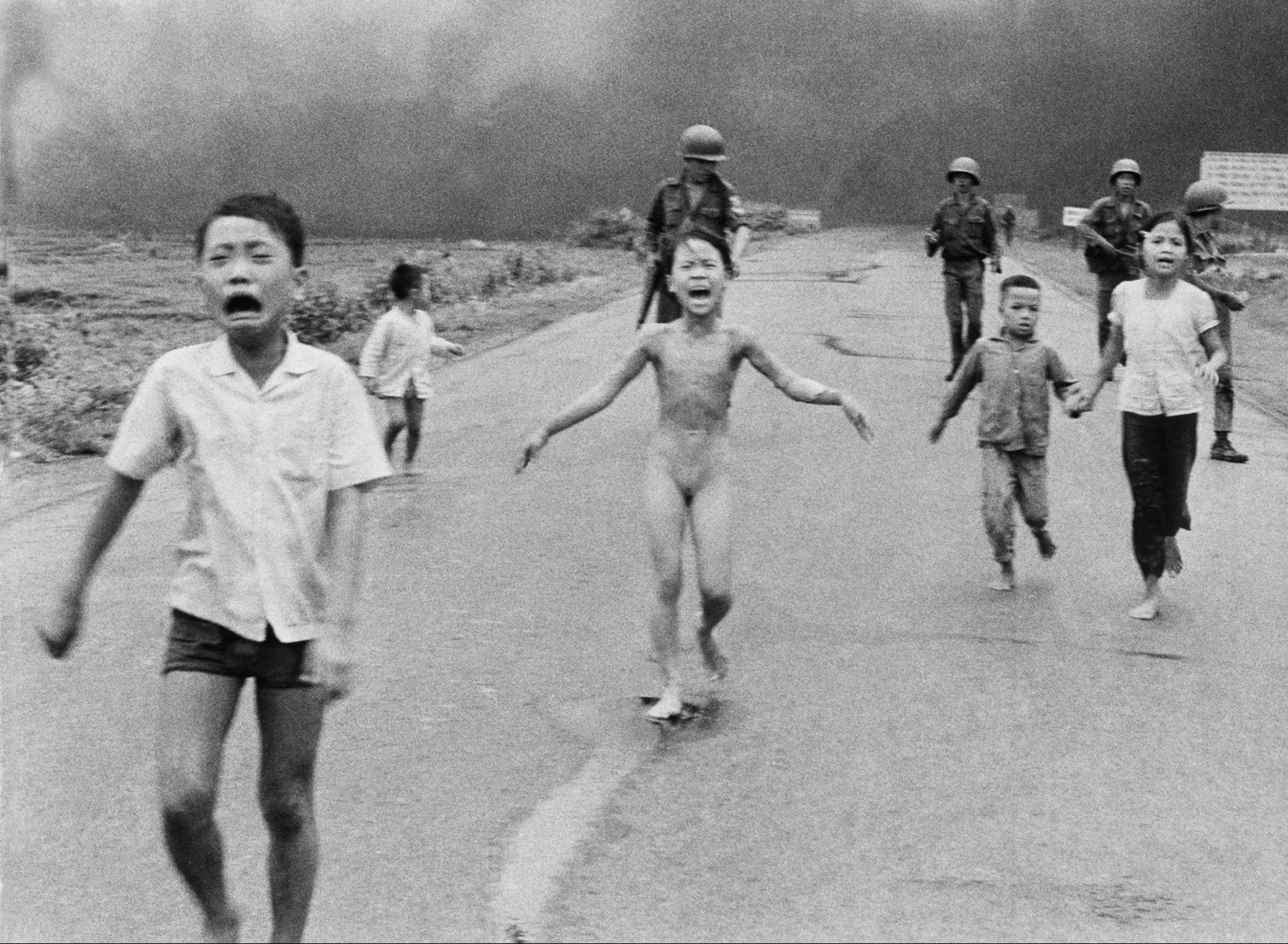 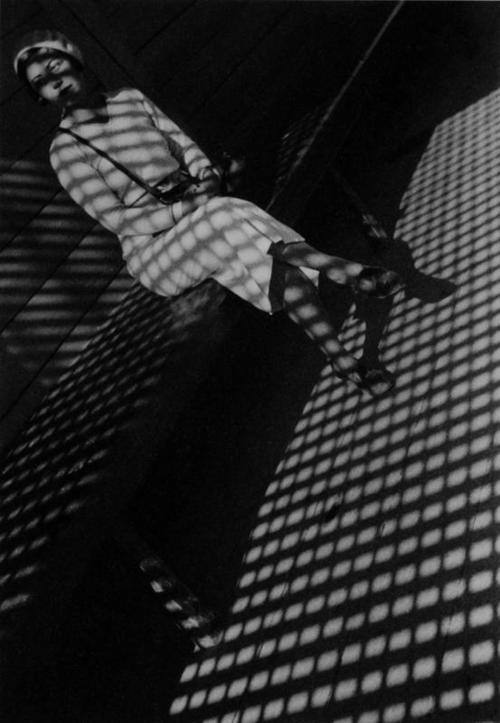 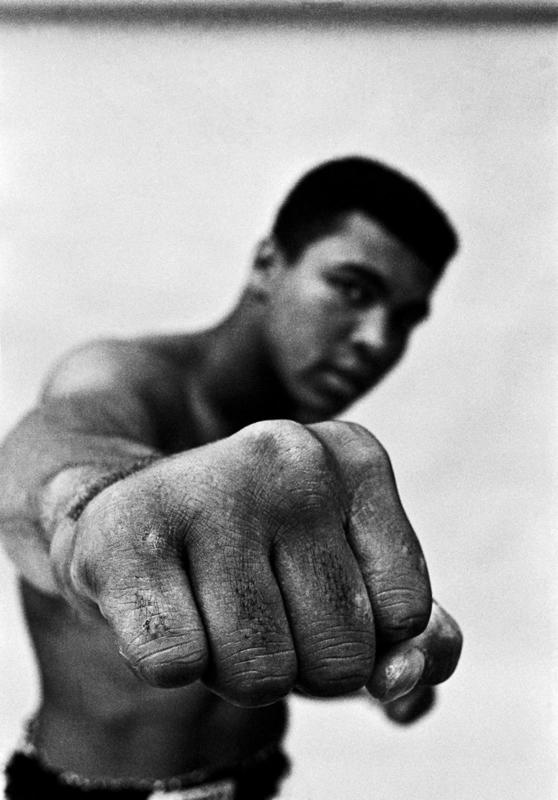 From Robert Capa’s falling soldier, the man jumping the puddle by Henri Cartier-Bresson, the kissing couple in Times Square by Alfred Eisenstaedt – these historic images make Leica a true icon. Enabling the artist to break free from the studio and discover what was on the street, the mobilisation of photographers has been a revolution in itself, and the Leica an instrument of upheaval. 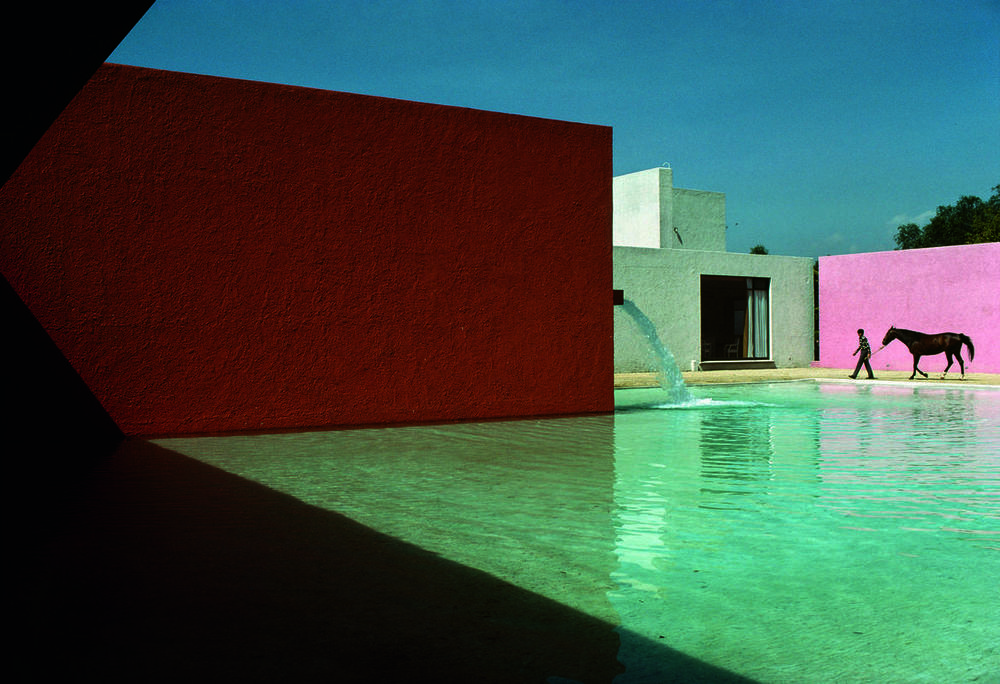 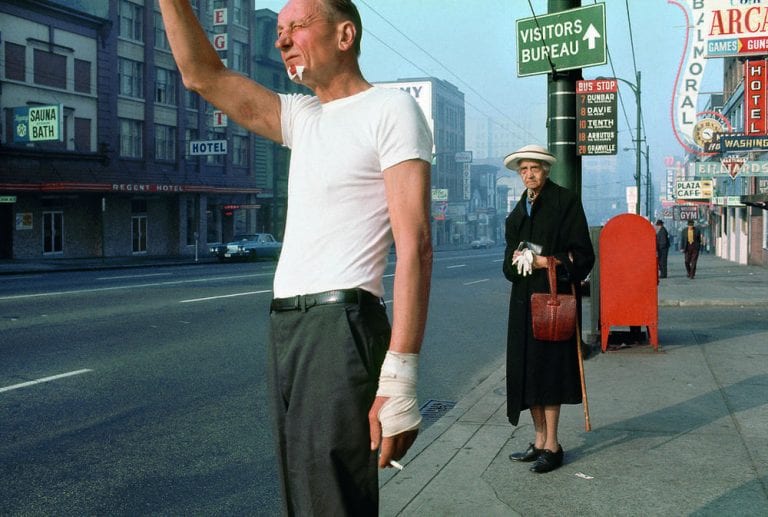 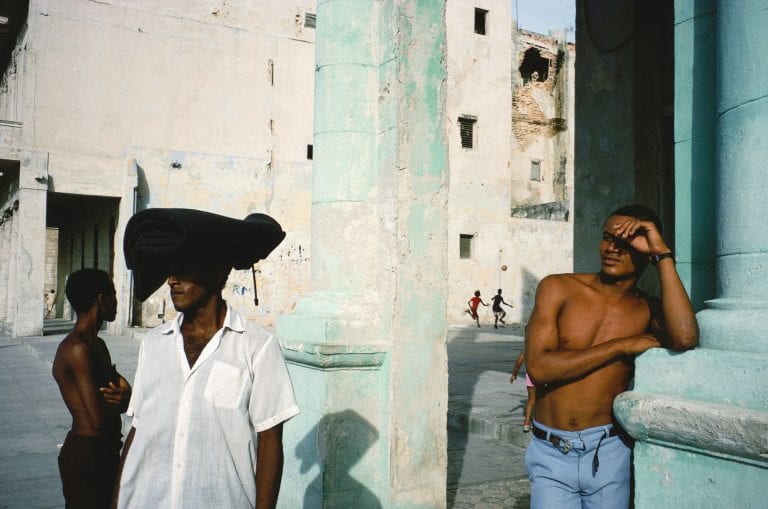 We should be grateful to the little red circle for the hundreds of legendary photos that have defined and written 20th century history, as well as remember other words of wisdom from Cartier-Bresson, perhaps Leica’s most iconic photographer :