“Photography is a very lonely medium. There’s a kind of beautiful loneliness in voyeurism. And that’s why I’m a photographer.”

Alec Soth is a self-proclaimed lover of poetry. His lyrical sensibilities are hence easily read in his work. Rather than producing single images which speak singularly, Sleeping By the Mississippi is an eloquent journey across the river beds of the American South, told through an interwoven narrative where each photograph is its own verse.

In this work, the Mississippi acts as a physical start and end point, but also, as a metaphor for the unfulfilled dreams of those who live on its banks.

The unlikely stops Soth makes on his journey range from icy, snow-topped gas stations to the hot and sultry south and his subjects, in the tradition of all the best work of American slow-journalism, are the forlorn and forgotten voices of American society. But rather than merely featuring these people, Soth’s complex and allegorical journey sets out to reveal the dreams of these bankside dwellers in crisp banal detail.

“I believe that photography is essentially non-narrative. That, while it aches to tell stories, it doesn’t really tell stories that have a beginning, middle and end. This has constantly frustrated me about the medium, and I’ve been constantly battling it. What I’ve come up with, is that when I’m looking at a photographer’s work, I’m looking as much at that person’s experience as a photographer in the world, almost as if they are a first-person narrator, as I’m looking at the subjects of the photographs.” – Alec Soth 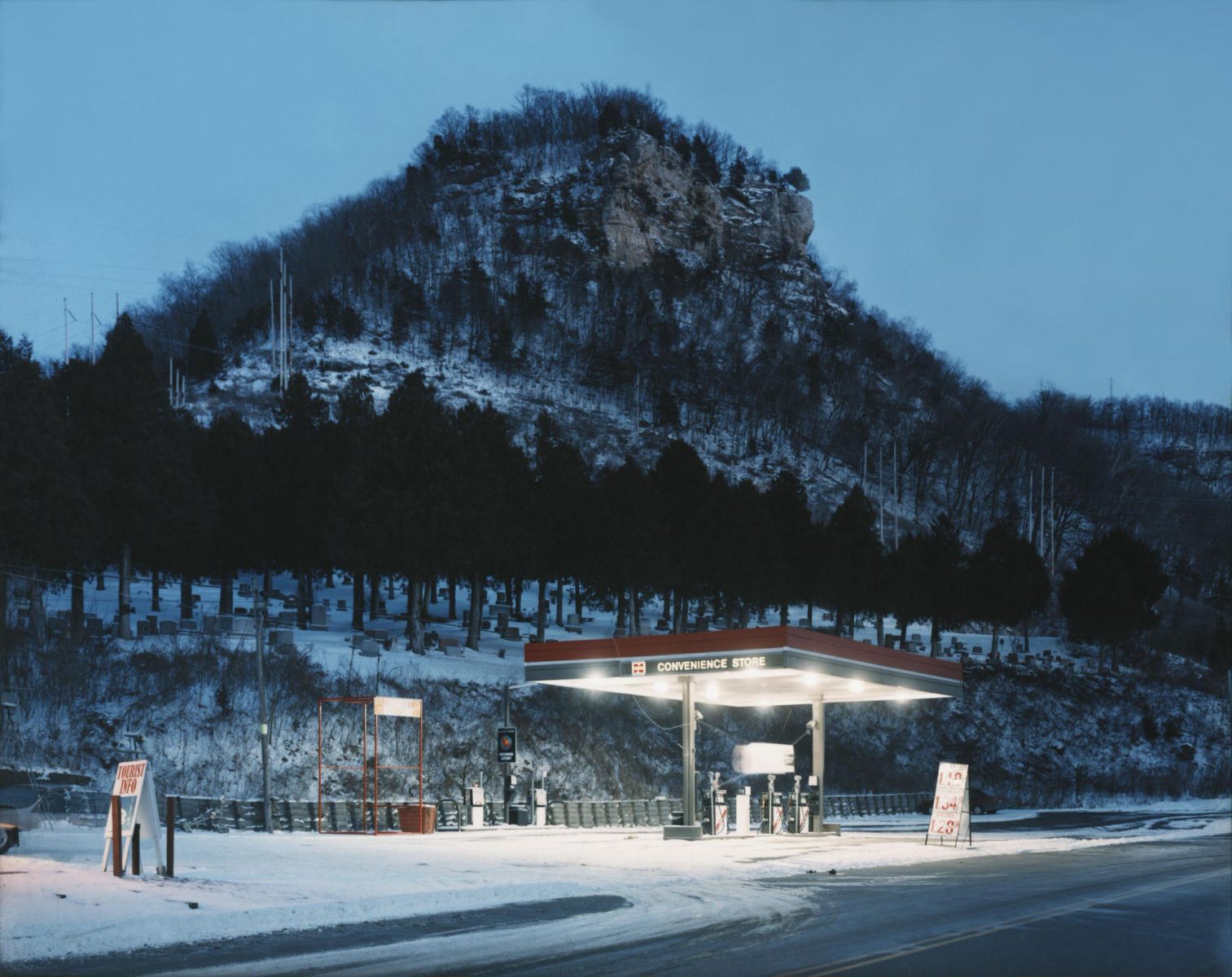 Soth’s large format photos, which are saturated with their own unique palettes speak of all human experience, covering themes such as childhood, dreams, art, religion, politics, sex and ultimately, death.

The inhabitants of his photos, both living and departed, all have a role to play within this story- though in true poetic form, this role is non-explicit, and up to the viewer to decipher. 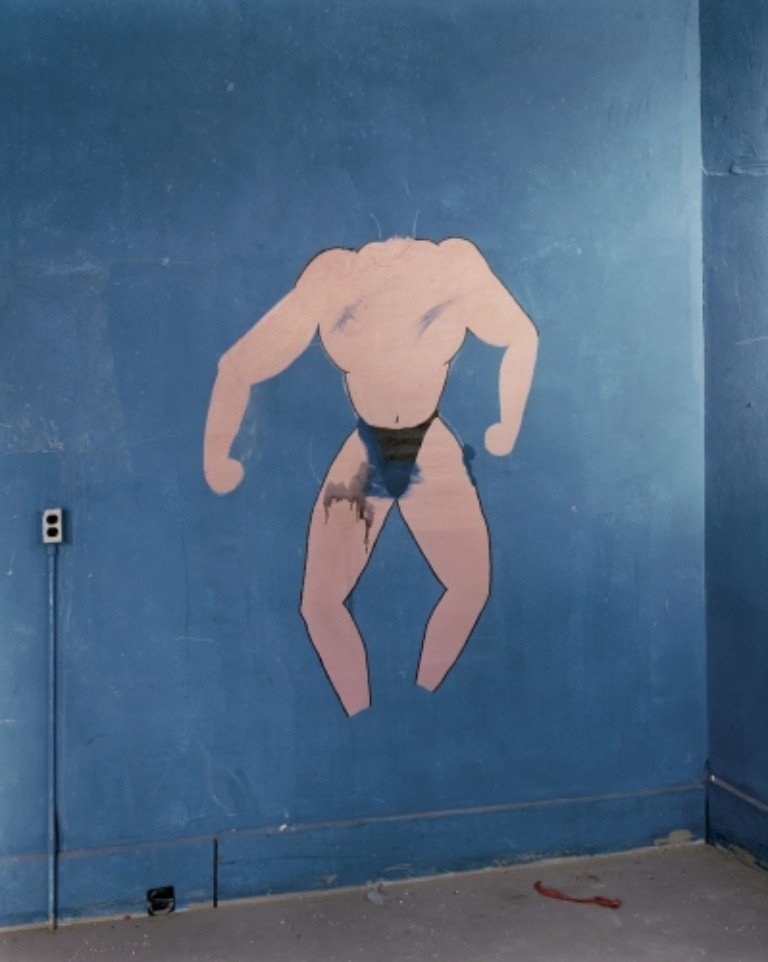 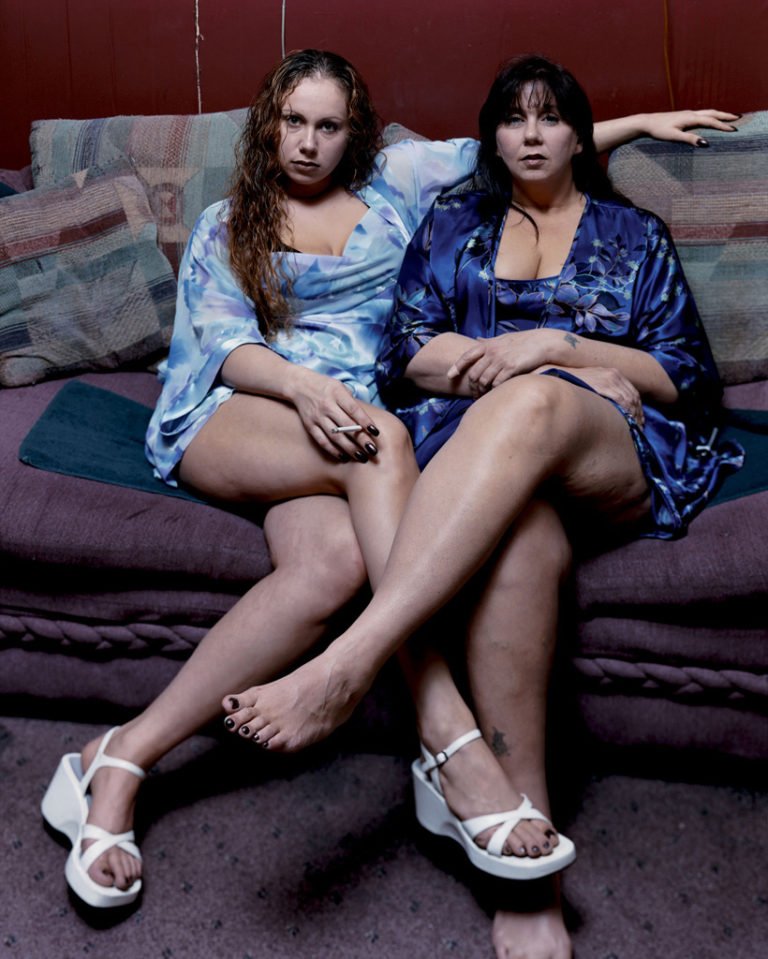 The riverside journey presented in this series explores a freedom-seeking and derelict melancholy that has been a fascination of American photographers since Robert Frank took to the road in The Americans. Yet Soth’s approach is different, his technique slower and therefore less reliant on chance.

Soth presents a down-by-the-river vagrancy though neglected interiors, abandoned buildings, graves, overgrown weeds creeping over an abandoned bed frame, and mourners huddled beneath Angel Oaks, amongst a variety of portraits depicting the various dashed hopes of the Americans. 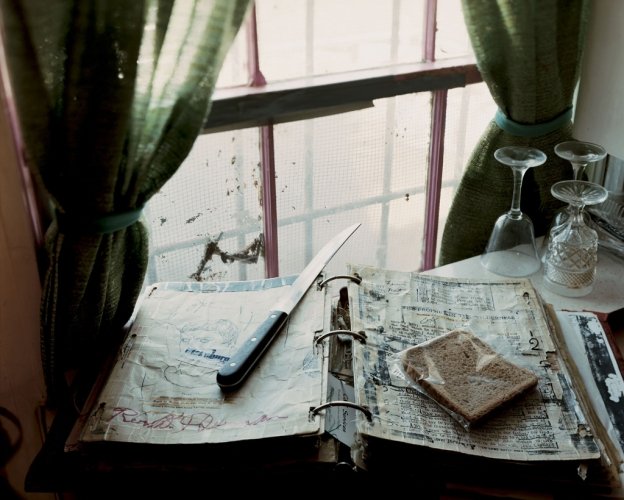 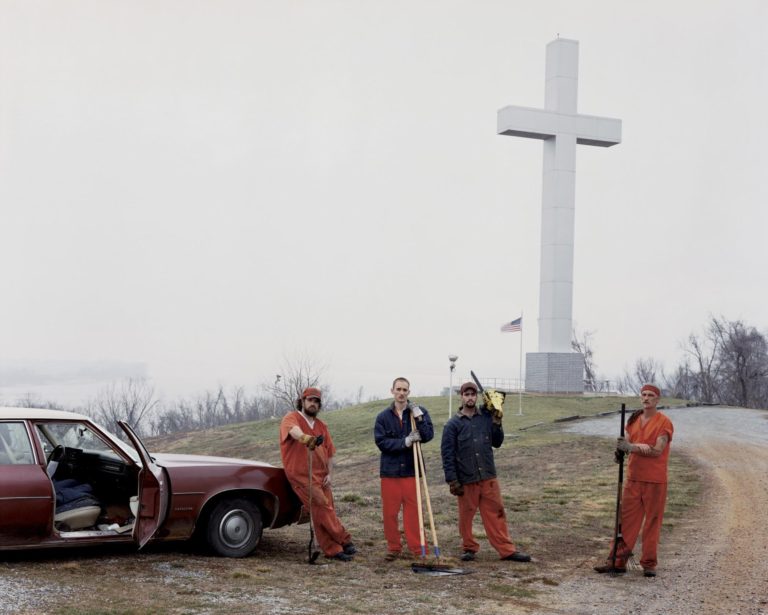 When the book was originally published in 2004, it was an overnight sensation. Now it has acquired the celebrity of cult magnitude. Soth’s rendition of American archetypes, of preachers and sex workers, prisoners and fishermen, updates the melancholic take of Robert Frank’s questionable American dream.

Soth proves that when documentary meets poetry, no matter how seemingly insignificant details of modern life may seem on the surface, there are stories to be found beneath every surface. Though his title speaks of Sleeping, what it undoubtedly really means is ‘Dreaming.’ Supposedly, as Soth was learning to photograph, and first started searching for his own visual voice, he had to force himself to approach people, shy as he was. 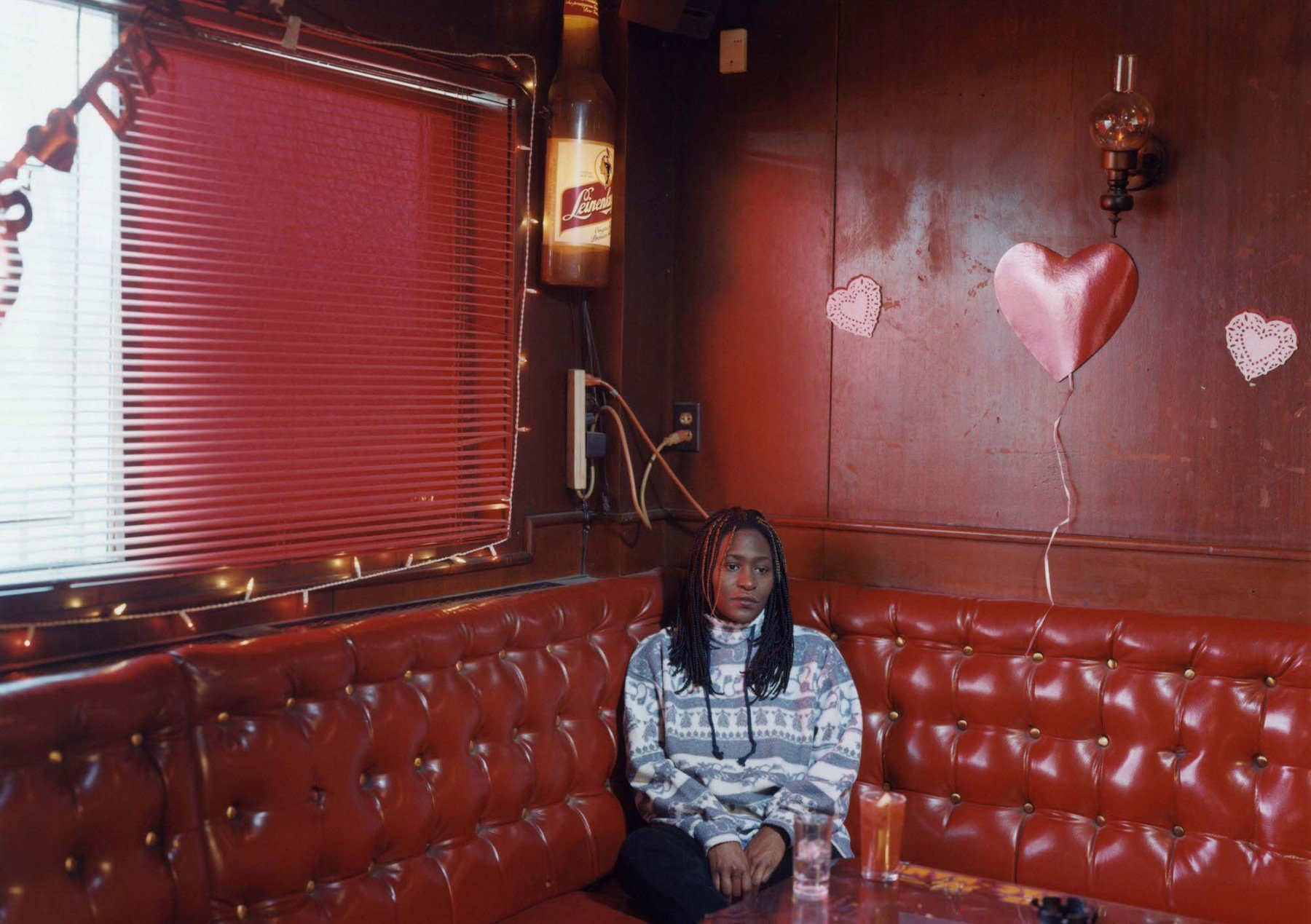 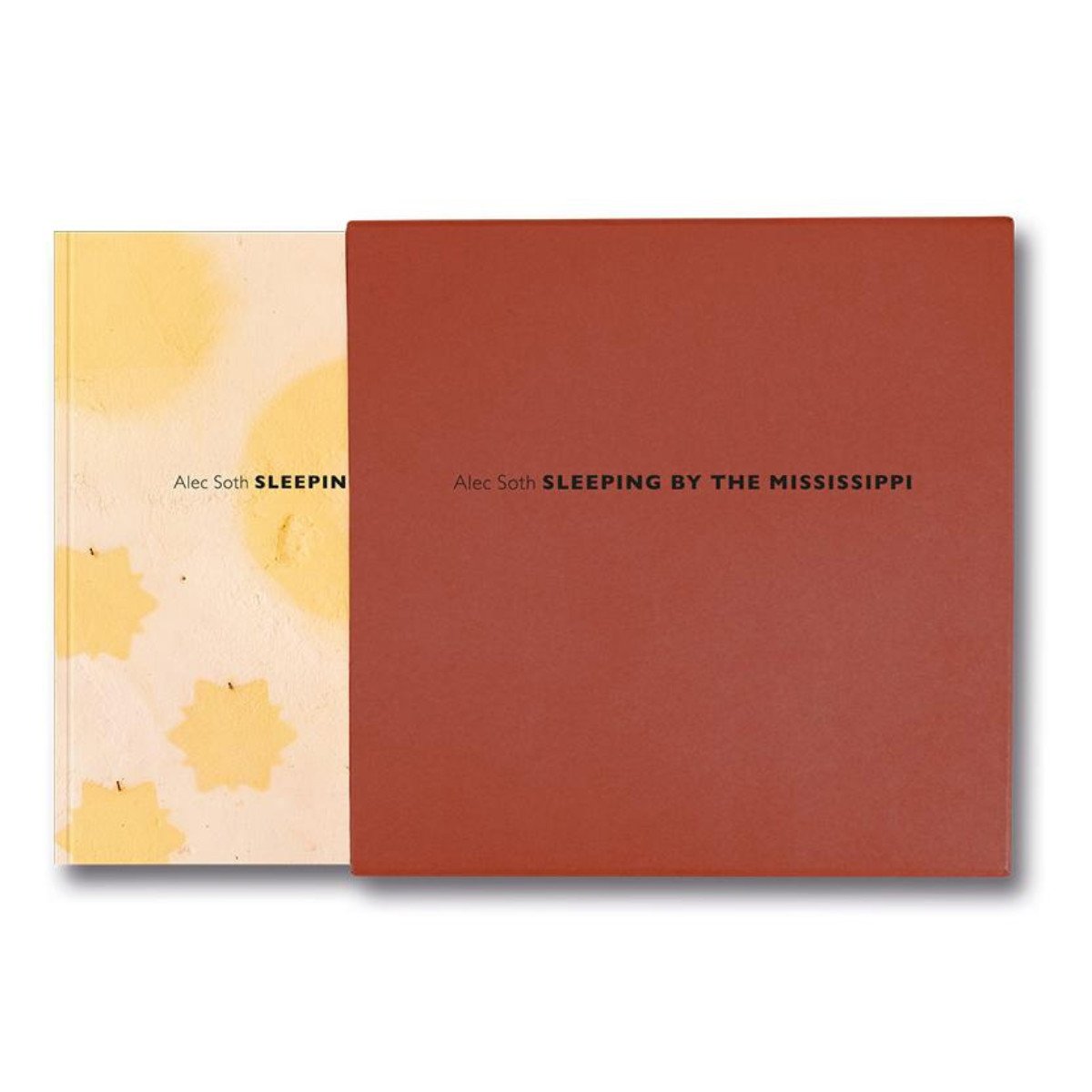 The story goes that as he started working with the 4×5 camera, which had a much slower approach, he’d fill the silences by asking his subjects to talk about their dreams. Somehow, in Sleeping By the Mississippi, these melancholic dreams have seeped onto the film, leaving behind their traces.

Sleeping by the Mississippi is available at MACK