“If we weren’t limited and changed by time, if we were eternal, I wonder what we would be doing. What kinds of poems would be written, would melancholy exist, would fear exist..?” – Alessandra Sanguinetti

While American photographer Alessandra Sanguinetti was stationed in the remote farmlands of Argentina, shooting a series about the symbiotic relationship the farmers had with the land, two children followed her around, fascinated by this stranger with a camera. 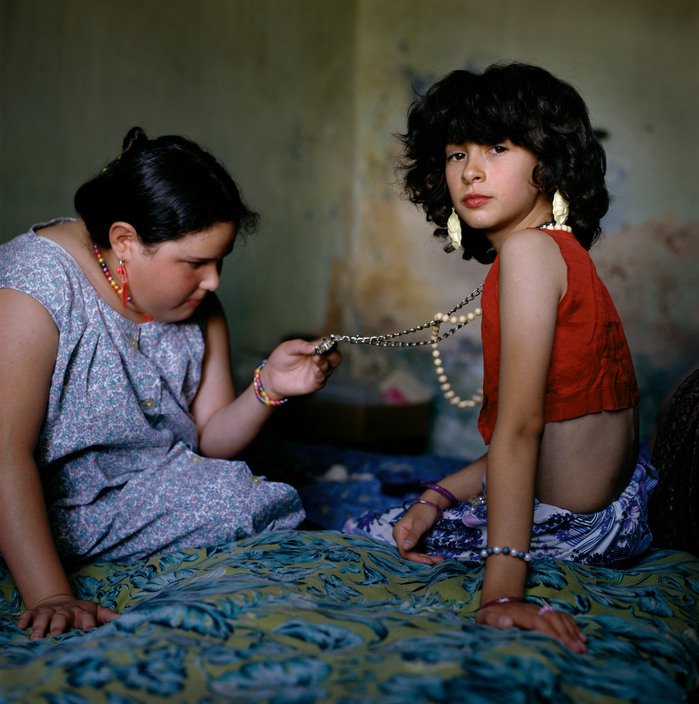 As her series
On the Sixth Day drew to a close, Sanguinetti found herself spending more and more time with these two cousins, charmed by their energy and imagination. Realising that the pair where quite the characters, she inevitably befriended them, eventually turning her lens on the pair, Guillermina and Belinda, who are now some of the most well recognized faces in photography. 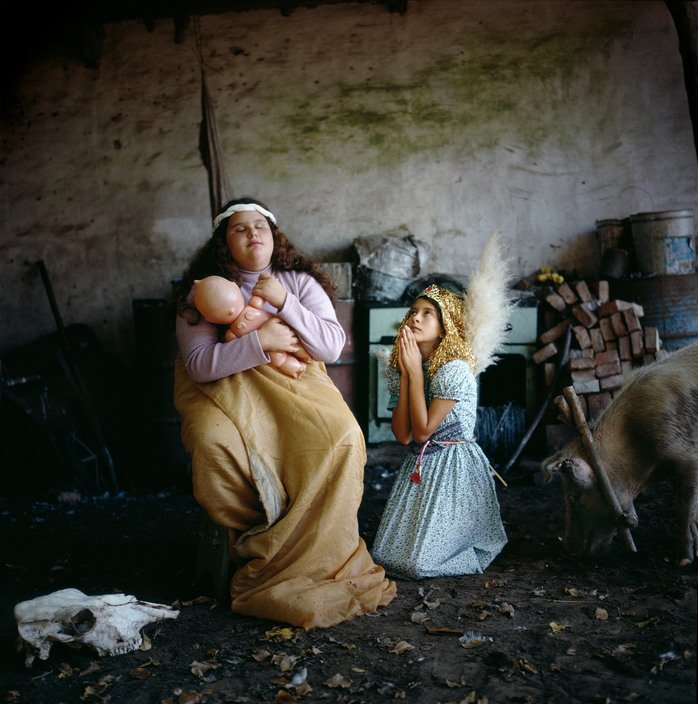 When Sanguinetti met Guille and Belinda, they were ten and nine years old. Their families lived on these farms and thus they were one with the landscape. With huge personalities and a chemistry bourne from years of shared experience, Sanguinetti claims to have been drawn to the pair by Belinda’s high singing voice, her humor and her huge mass of lions mane black hair, together with Guillermina’s earnestness. 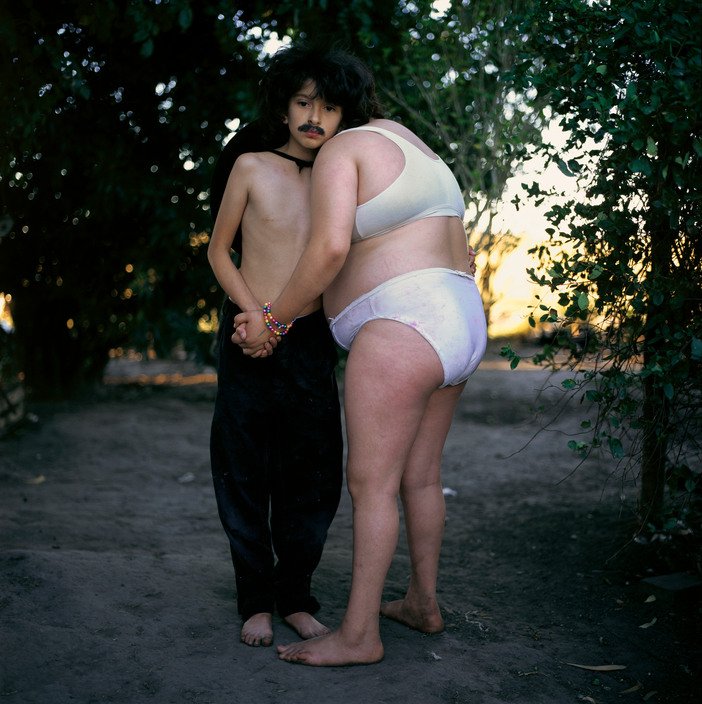 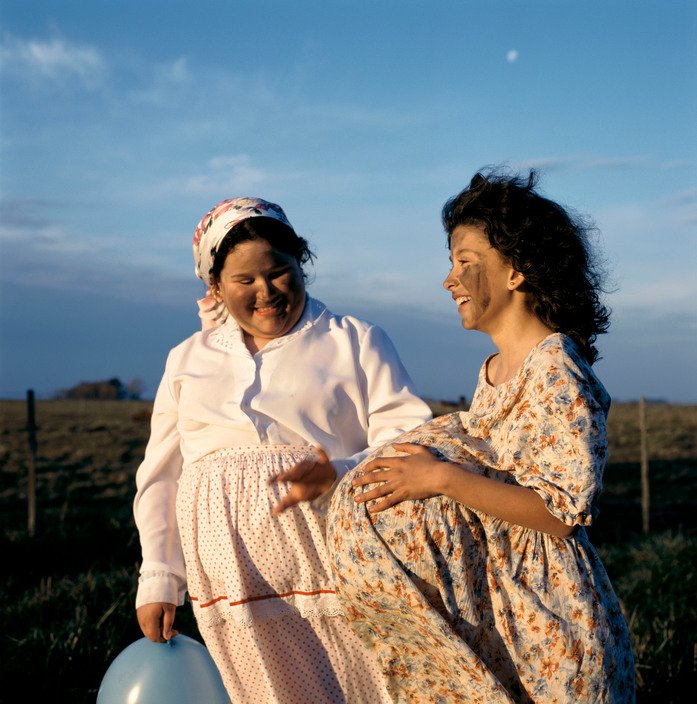 Rather than taking a more traditional documentary stance when shooting the pair, Sanguinetti decided to instead focus on the girls’ dreams, in a narrative which would chart their active imaginations.

Though visually we see the physical transformations of these girls as they mature into young adults, Sanguinetti succeeds in portraying their psychological journey in this rural environment, capturing the essence of their hopes and aspirations. 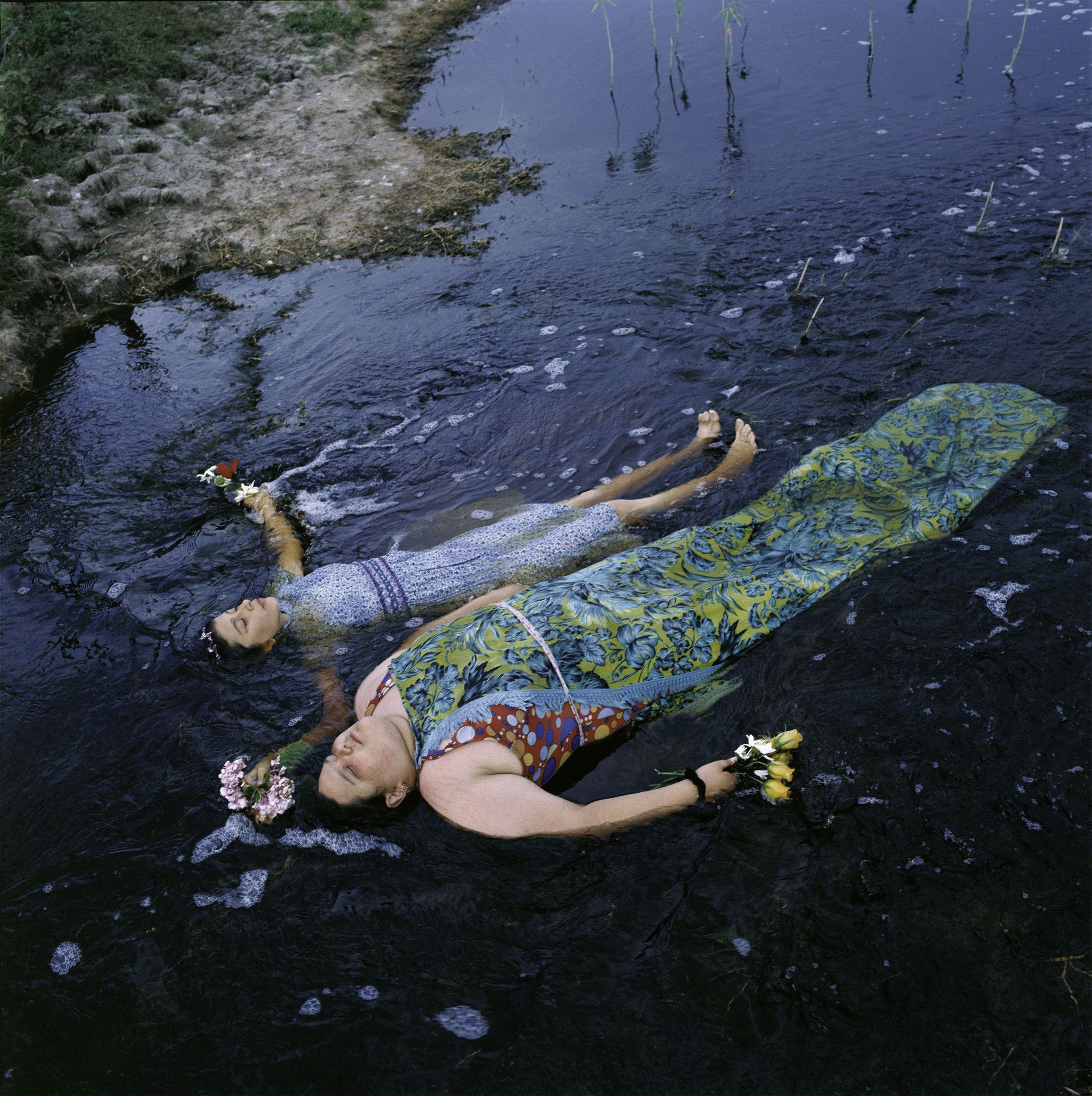 Sanguinetti’s elaborate collaboration with Guille and Belinda lasted 5 years, in which time the girls undergo a series of transformations, embodying different characters along the way.

Constantly reinventing themselves through clothing and using props, Sanguinetti watches them fantasize about becoming young adults, and also captures the duo in moments of serene quietness in which they are their real counterparts. 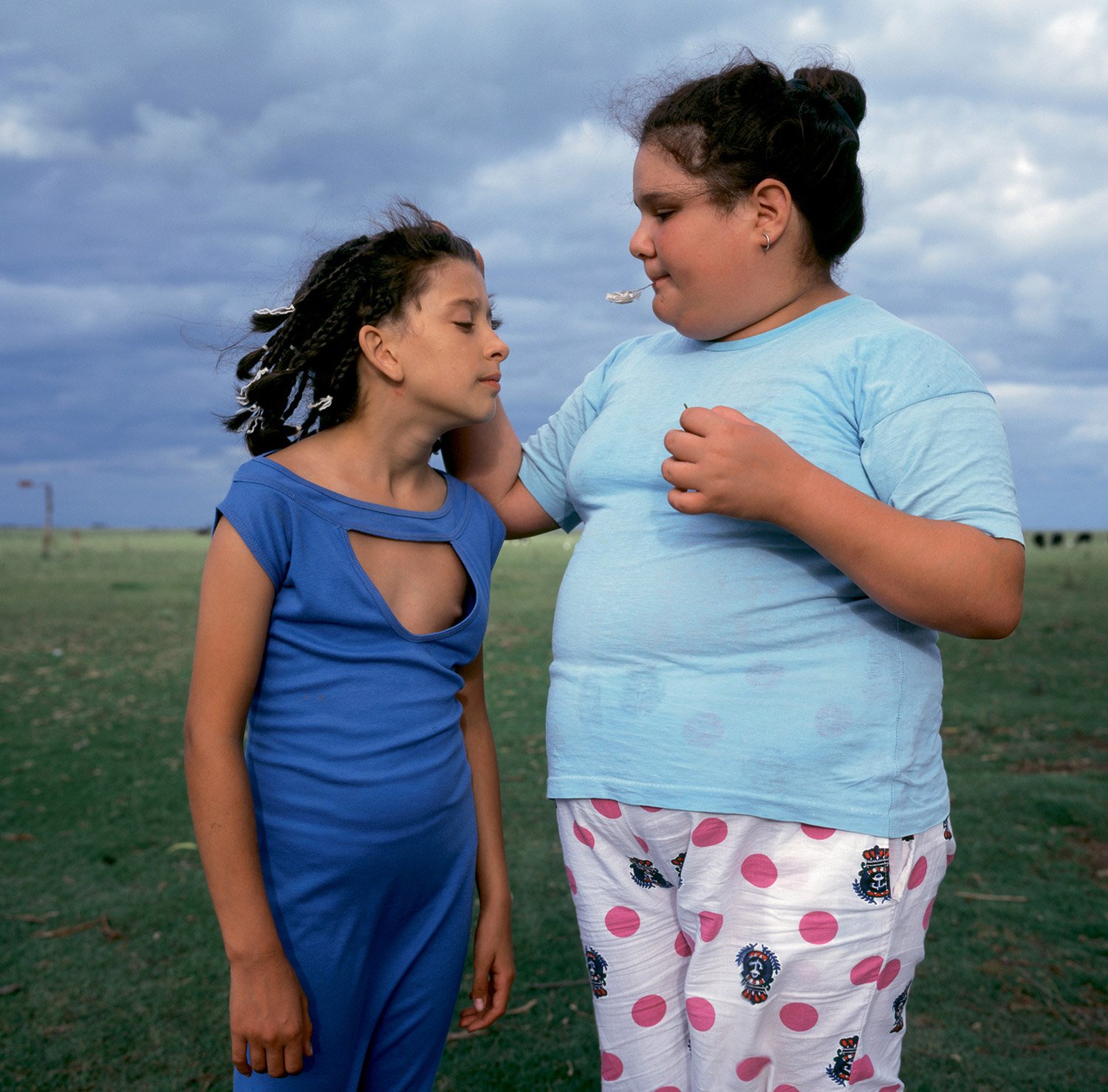 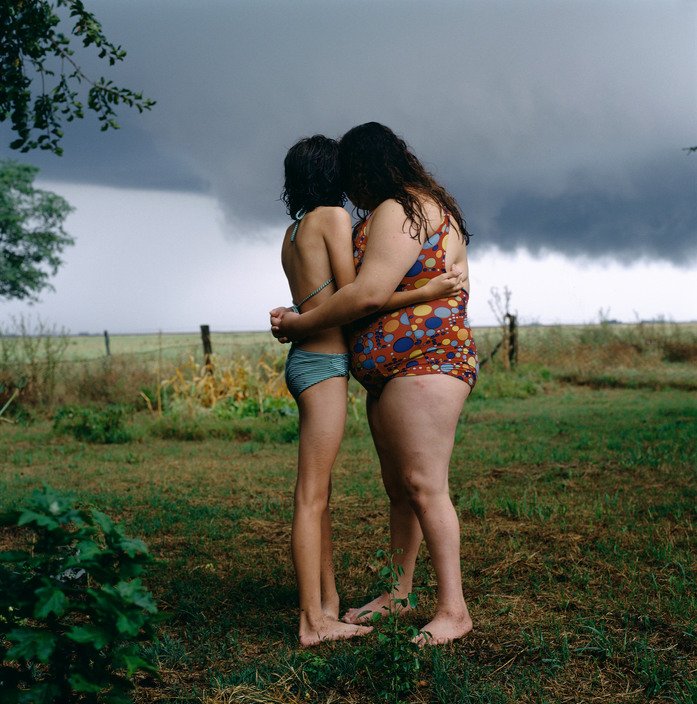 The photos in the series are a mixture of theatrical constructions and spontaneous recreations of fantasies set against the backdrop of the Argentinian countryside, directed by the young Guille and Belinda. These visual tableaux are imbued with references to classical art and literature. 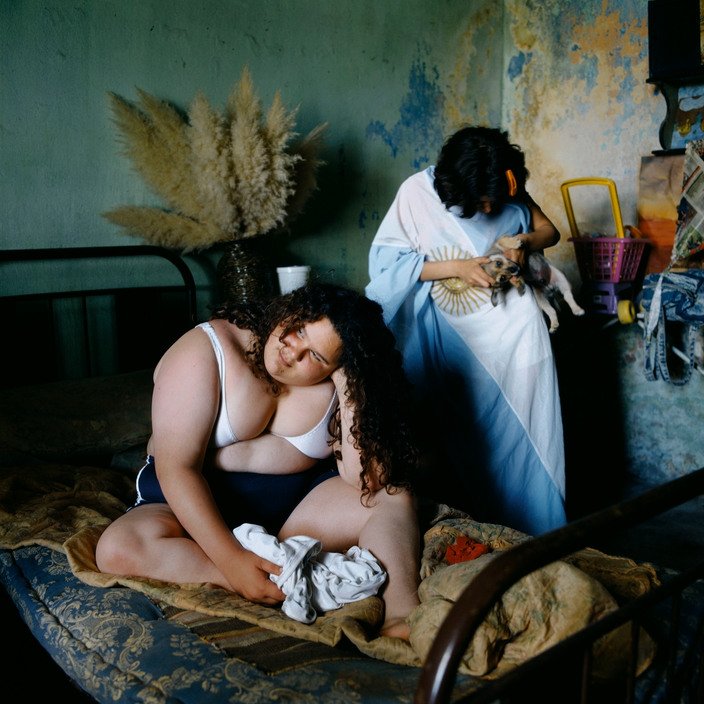 As the relationship between the two girls changes over time, questions arise from the work which explore the passage of time, and the inevitable realities about edging closer to death. The girls, once close, seem at moments to have drifted, appearing alone in the photographs, or briefly alongside some secondary character in their lifelong play. 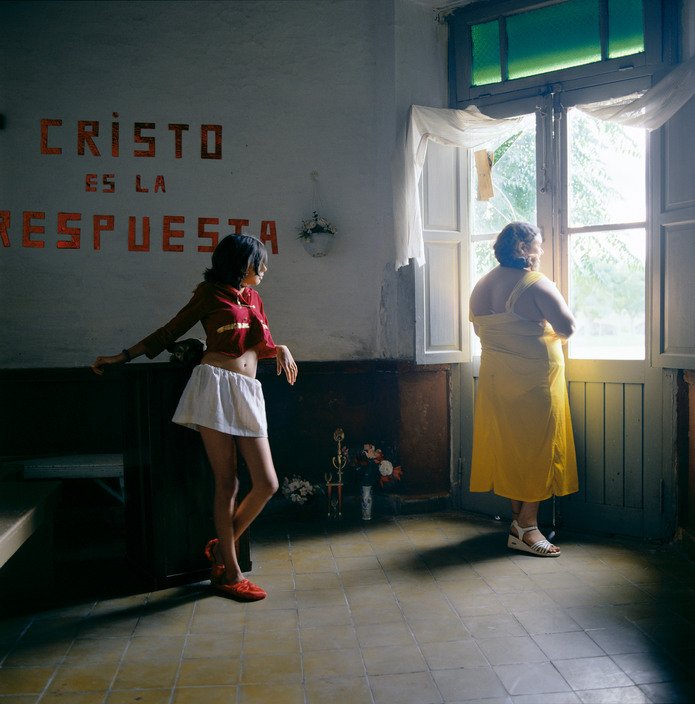 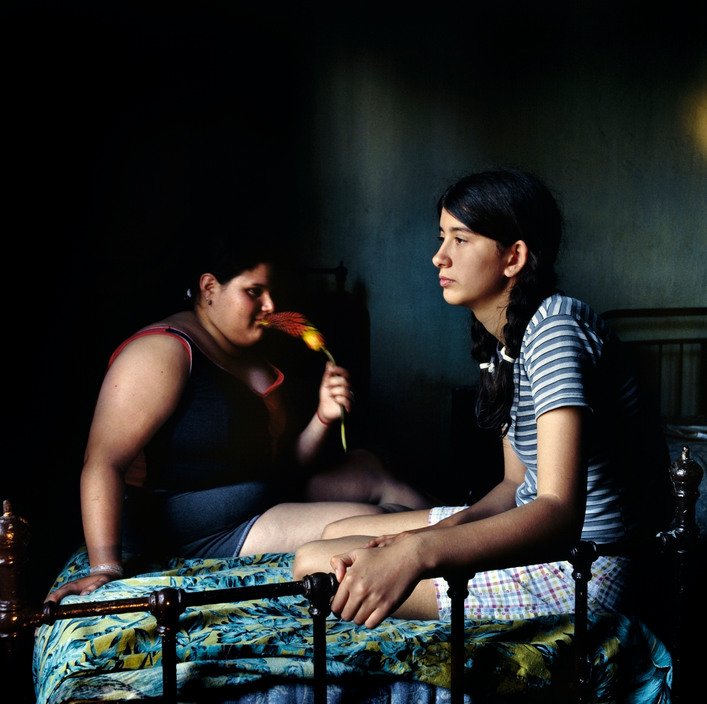 After completing her project with the cousins, Sanguinetti had a brief pause away from the pair, time to reflect, and to feel the need to revisit her work. Wanting to elaborate on a story which ended as the children reached puberty, Sanguinetti began a sequel in 2004, which would chart the pairs’ more meditative moments as they shaped their own realities, singular identities and encountered the fragility of their changing relationships with others, and with one another. 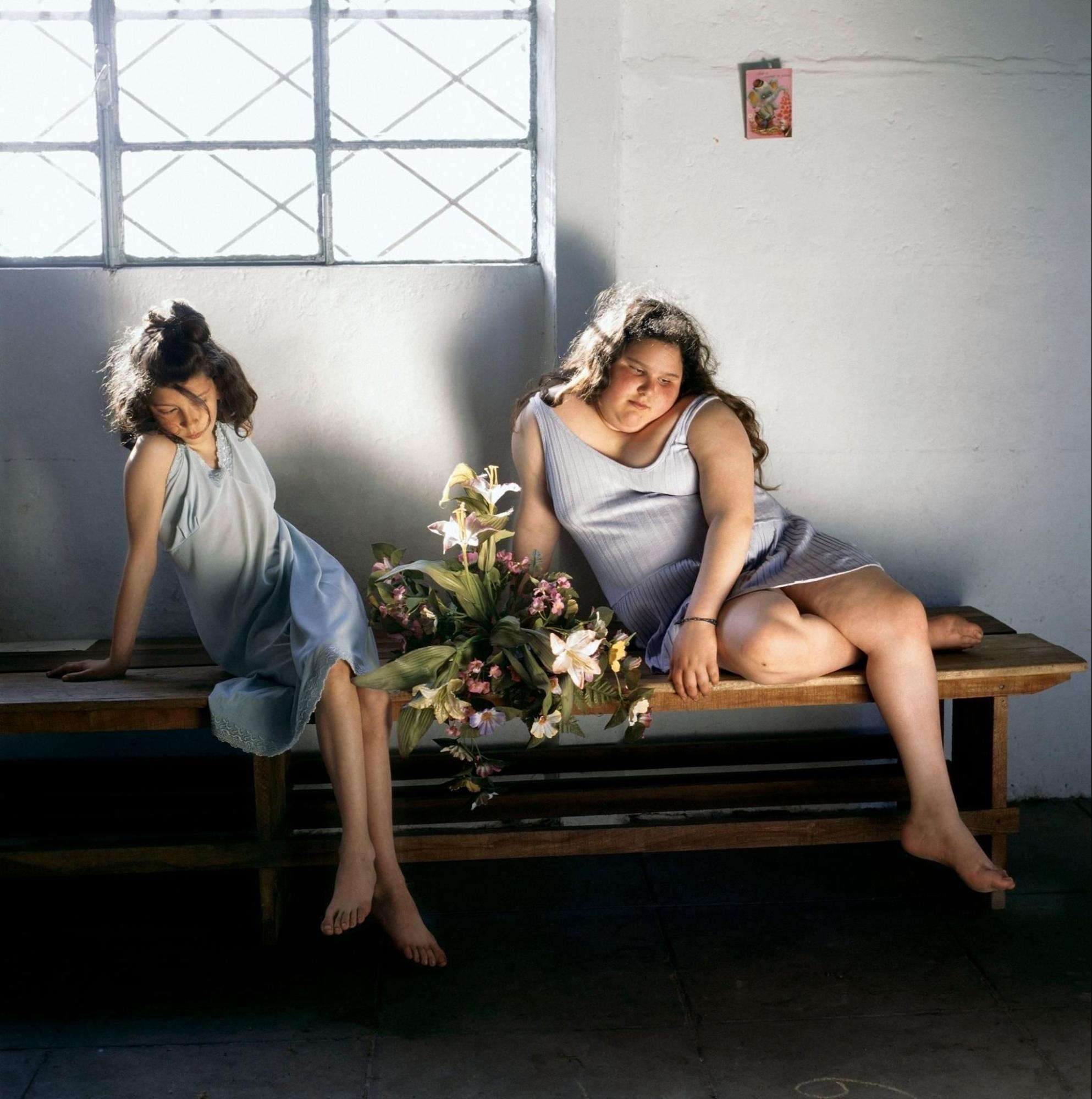 “I have attempted to interpret the ending of their childhood by entering their imaginary spaces. The time when their dreams, fantasies, and fears would fuse seamlessly with real day-to-day life are ending, and the photographs I have made intend to crystallize this rapidly disappearing very personal and free space.”

The sequel follows the two as they encounter early motherhood and emotional separation. Though tinged with a sadness that reminds us of our own transient lives, Guille and Belinda’s adventures are nonetheless reminders of where we came from, and the hopes and dreams that shape us into the people we become.

– The Adventures of Guille and Belinda and the Enigmatic
Meaning of Their Dreams is available directly from here.