“I am a lucky man. I can do something with almost anything I see.
Everything is still interesting to me.” – André Kertész

André Kertész, one of the most lyrical and formally inventive photographers of the twentieth-century, whose work advocated for spontaneity over technical precision, has left a distinctive legacy of poetic images which form a bridge between the avant-garde and geometrical precision. A roamer for much of his life, his feelings of rootlessness manifest in his work and often convey a quiet mood of melancholy. 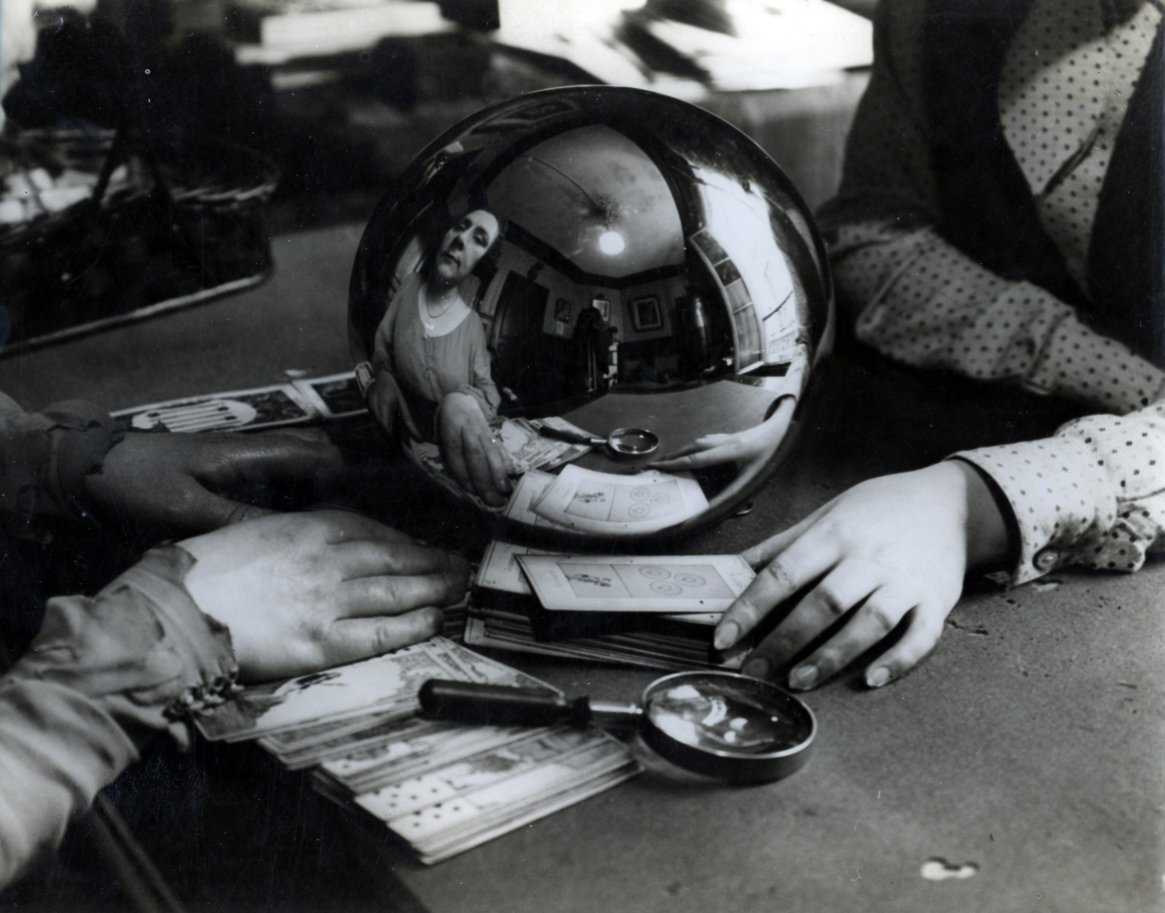 Born Kertész Andor in Budapest, Austria-Hungary, 1894, Kertész was the child of Jewish middle-class parents who expected him to pursue a career in business. However, when WW1 broke out, Kertész was of conscription age and was called to fight in the Austro-Hungarian war.

Of course he took his camera with him, but chose not to focus on the front, deciding instead to look for beautiful compositions amongst the bloodshed and horror. His work from this period serves as a personal diary rather than sensationalist news imagery and presents a unique perspective of war. 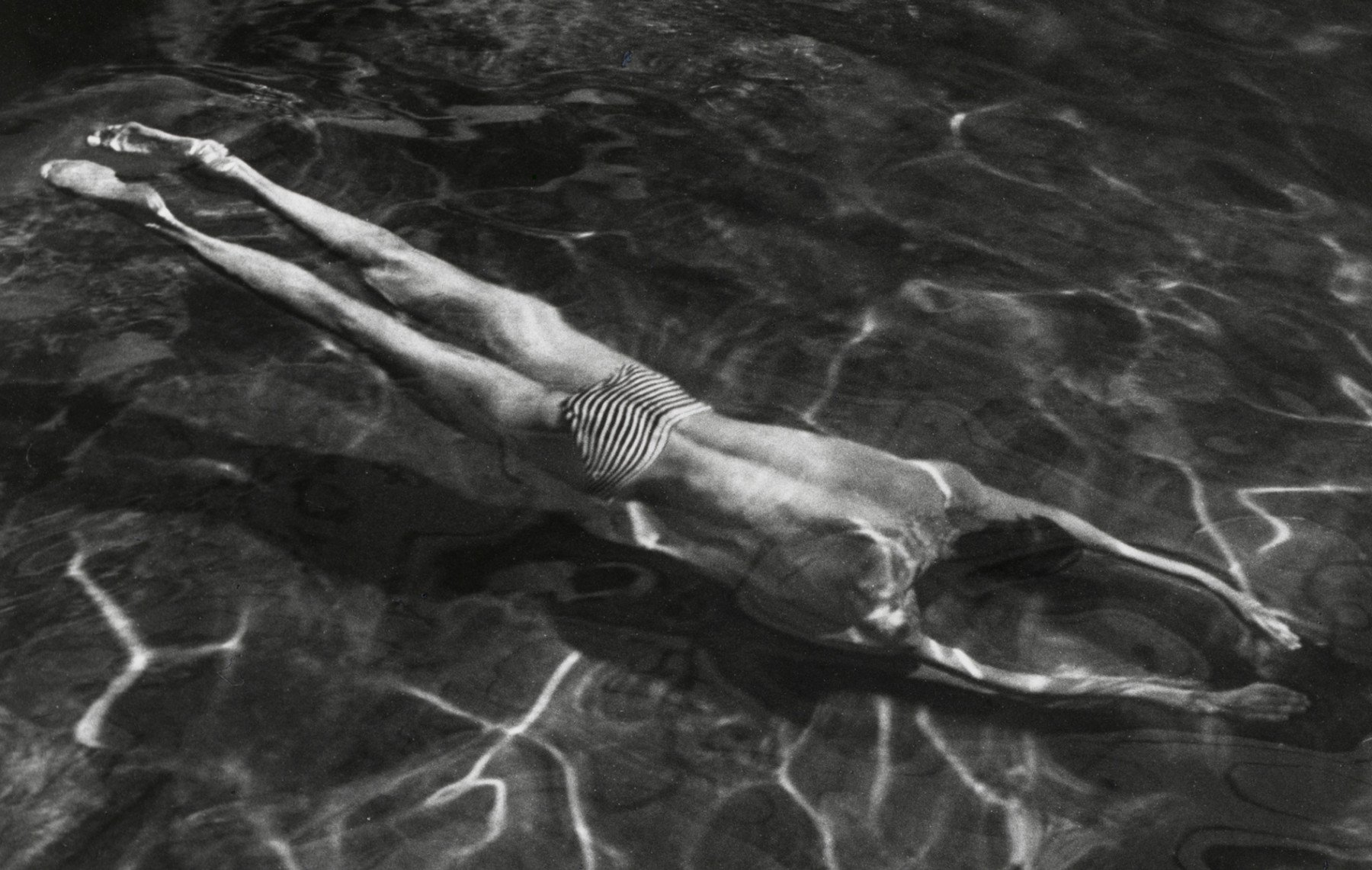 In 1917 he was injured on the front and sent home to recover. As he was recovering he took the photo which is now perhaps his most well remembered, Underwater Swimmer. The monochrome image depicts an athletic man swimming beneath the surface of a swimming pool, sunlight playing across the water, distorting the figure slightly.

It has become a hugely influential image the world over due to its unconventional, interpretative rendering of the human form. It succinctly describes Kertesz unique vision and romantic view of the Hungarian countryside. 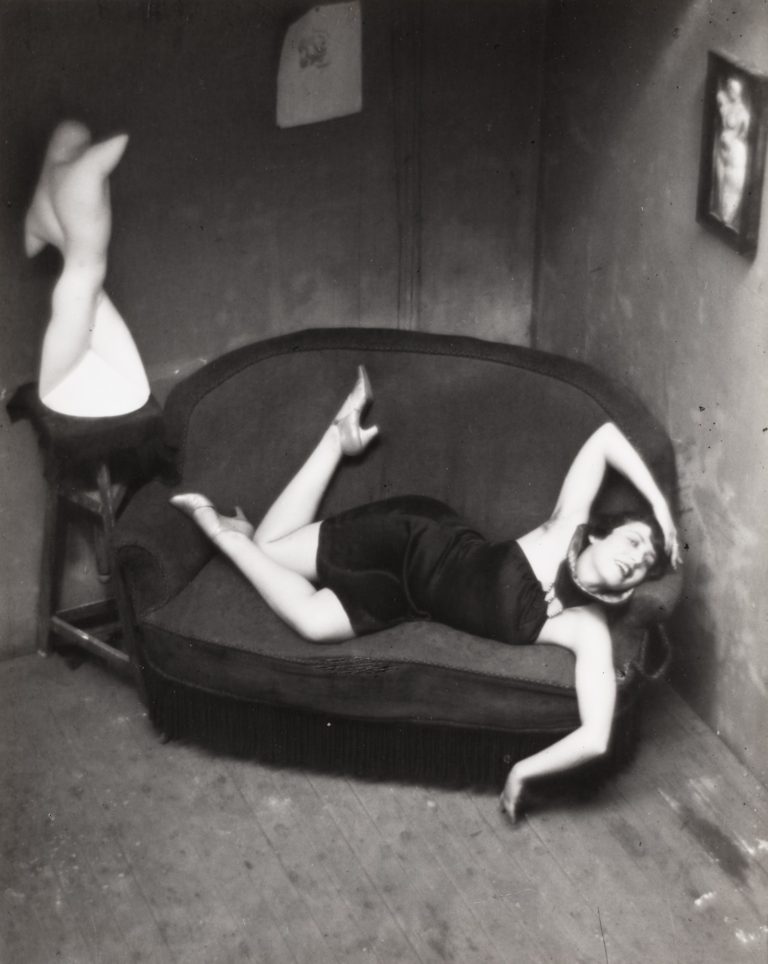 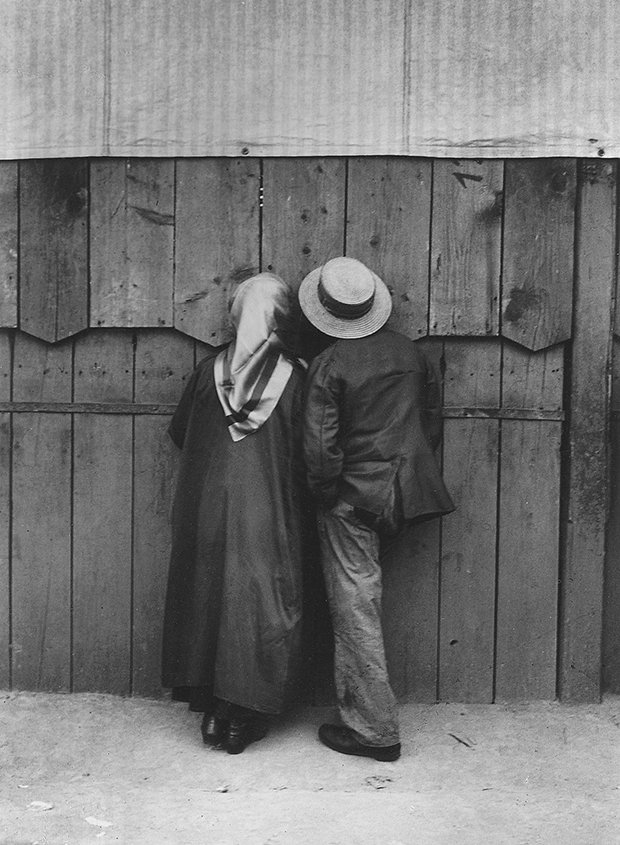 After his recovery, Kertesz eventually moved to Paris in pursuit of its thriving bohemian culture. It was in this period in the 1920’s where he met pioneers of the day (who would also become his artistic peers), figures such as Piet Mondrian, Sergei Eistenstein and the Dadaists. These figures undoubtedly deeply influenced his artistic vision, but he was also able to form his own distinctive voice. 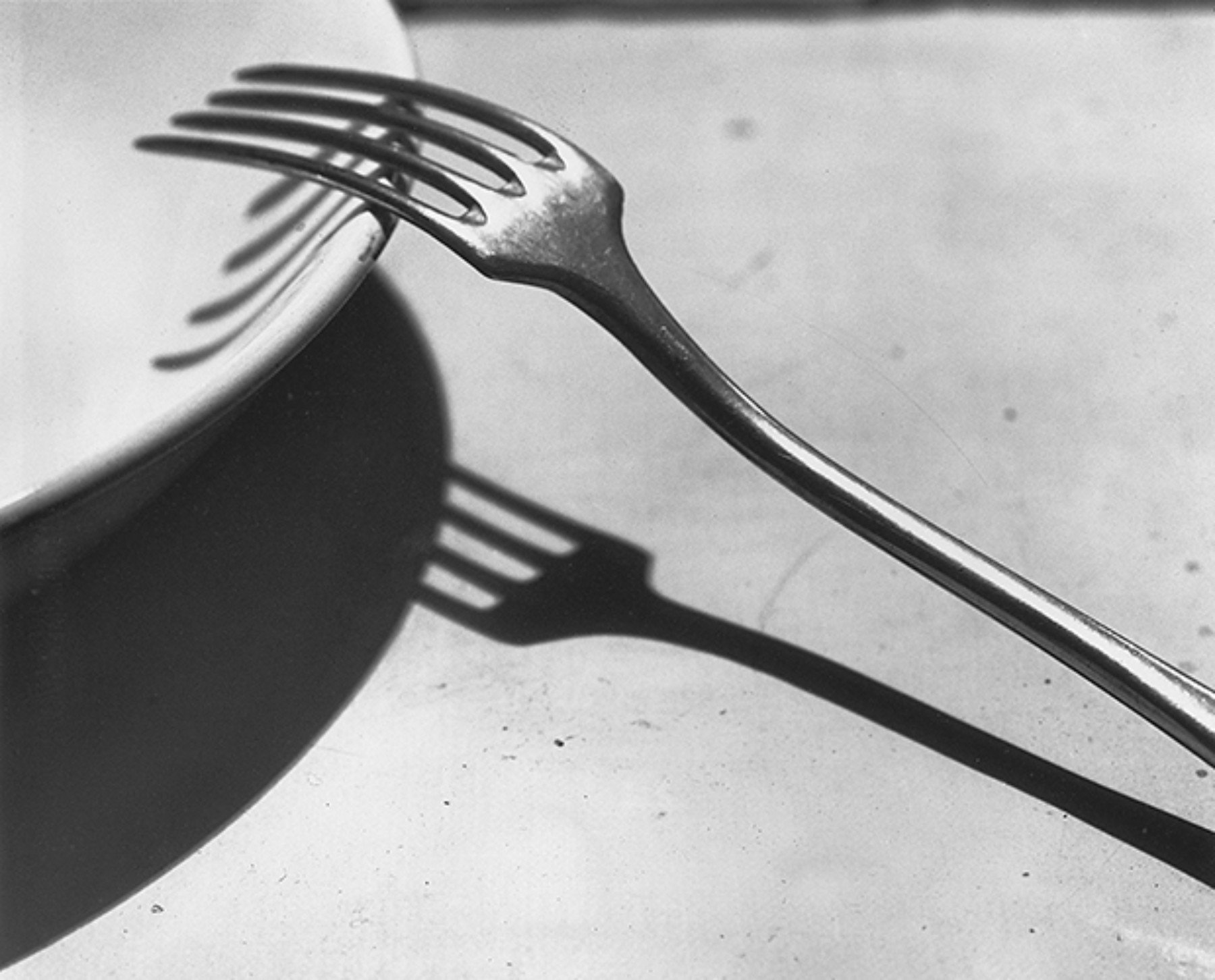 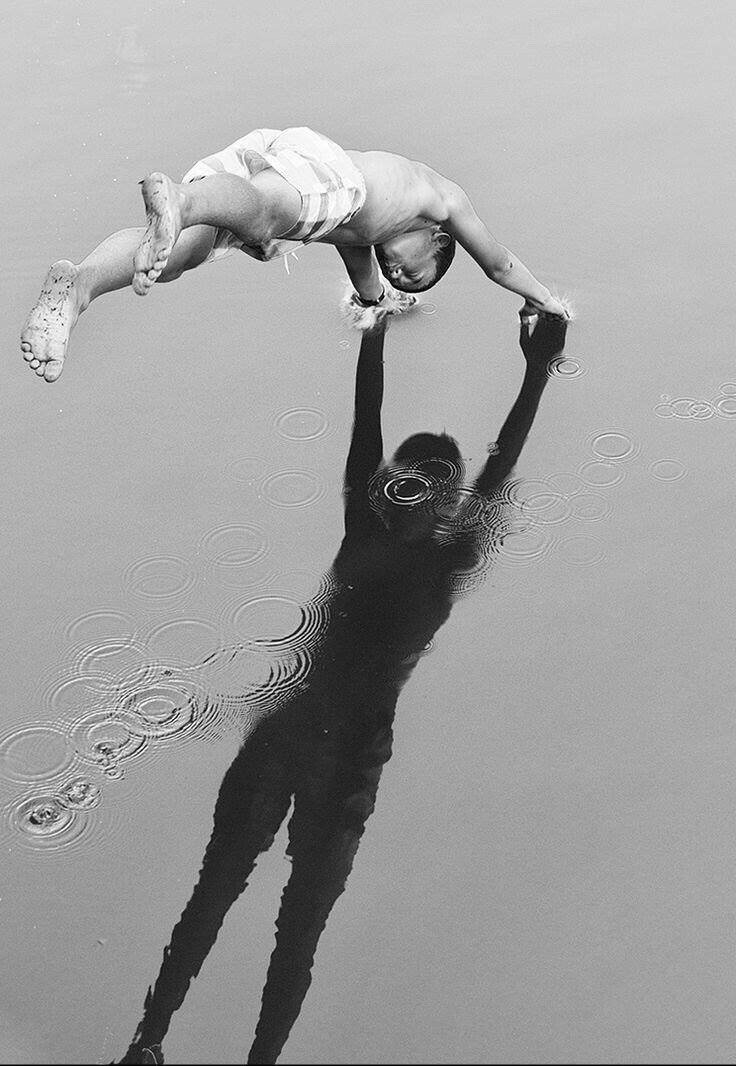 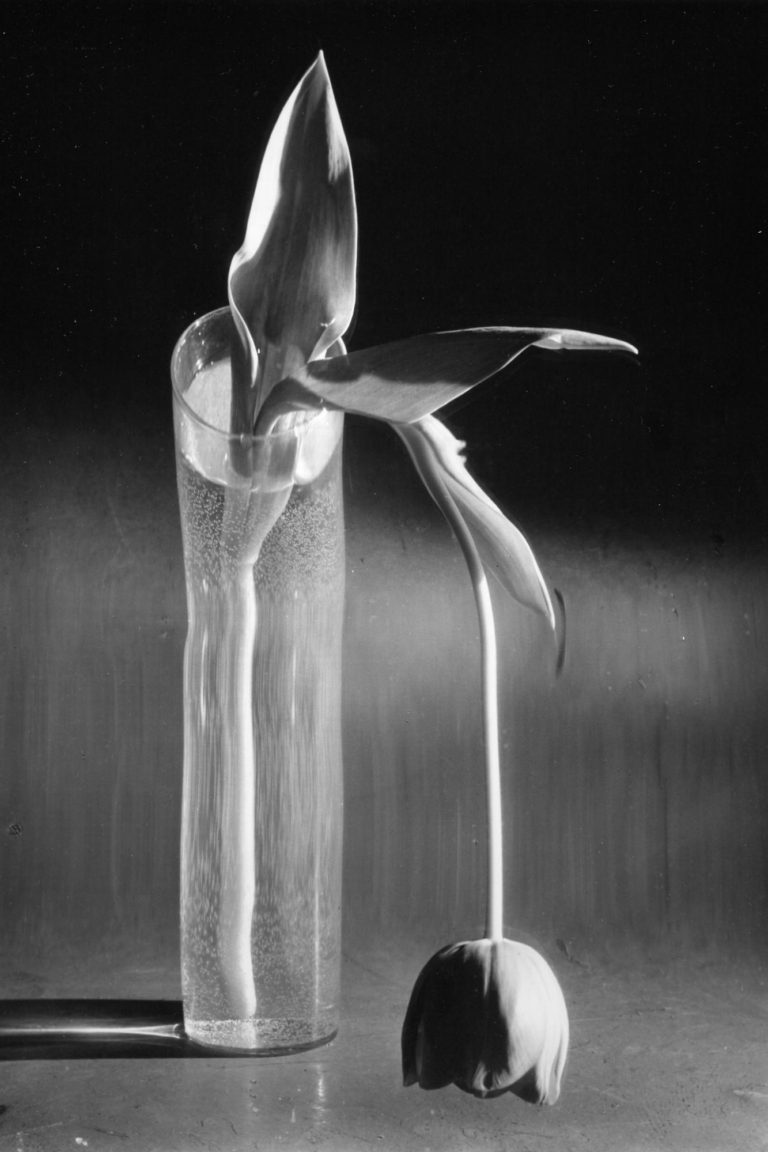 When he initially arrived in 1925, speaking no French, Kertesz was lucky to make the acquaintance of Gyula Halasz, otherwise known in the world of photography as Brassai. Brassai was a picture-editor and journalist who was looking for photographic source material for his articles.

Together they began to work on the weekly French pictoral, VU and Kertesz quickly became Gyula’s mentor, teaching him how to shoot at night and nurturing a feeling for the possibilities that the photographic medium held, without knowing that Brassai would himself become one of the most influential photographers ever to live. 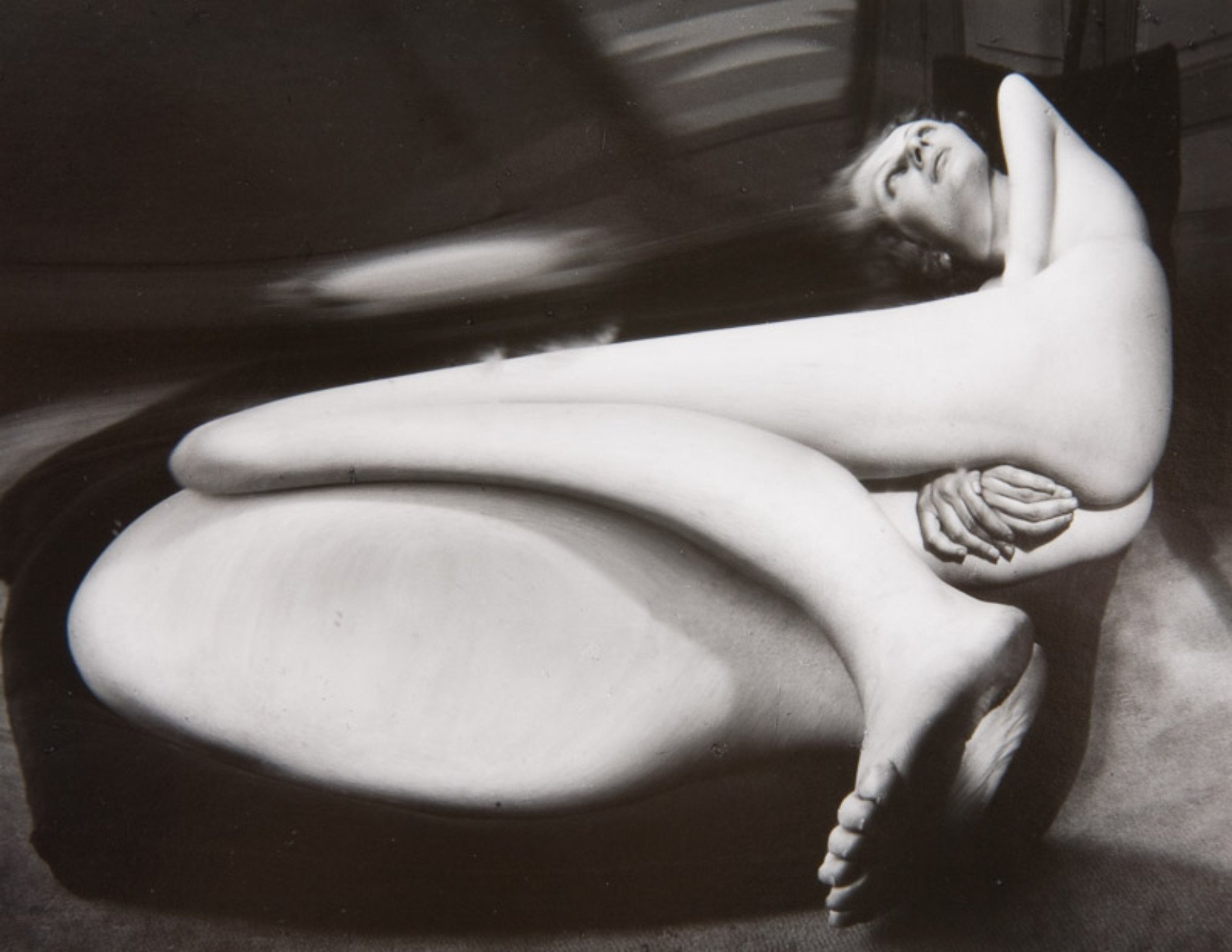 Underwater Swimmer had been the first example of what was to become Kertesz signature use of distortions, a technique which he often revisited. This was to become the most distinctive trope of his oeuvre, a technique he would revisit frequently.

Drawn to mirroring surfaces, reflections and distortions- Kertesz work could be called an avant garde reflection of real life rather than a realist depiction. This vision, alongside his choice of photographing subjects and objects which were not previously deemed worthy also set him apart from his contemporaries. 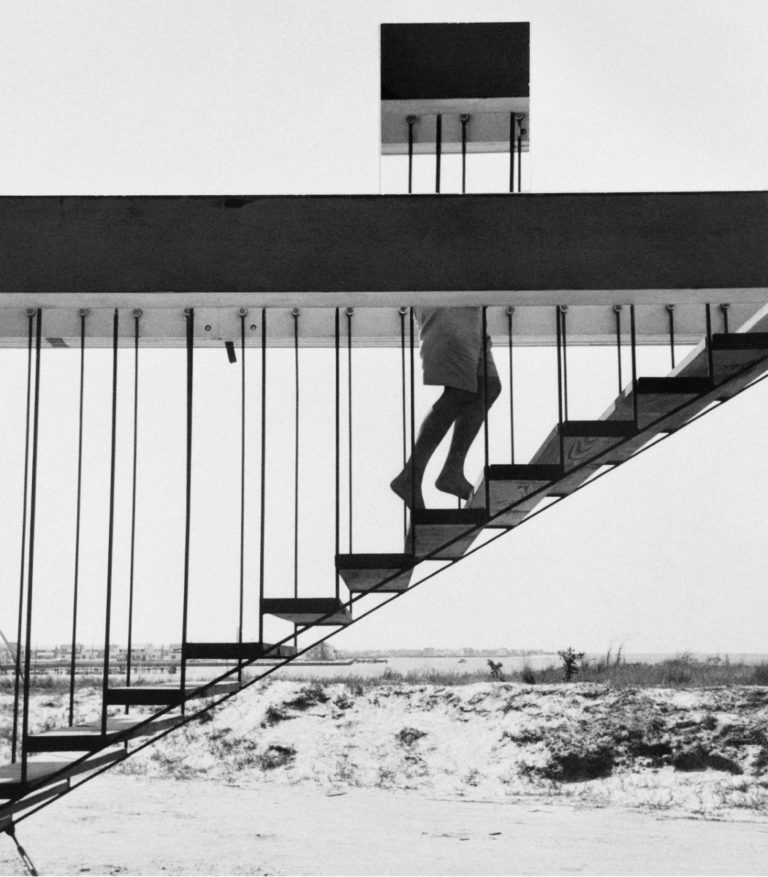 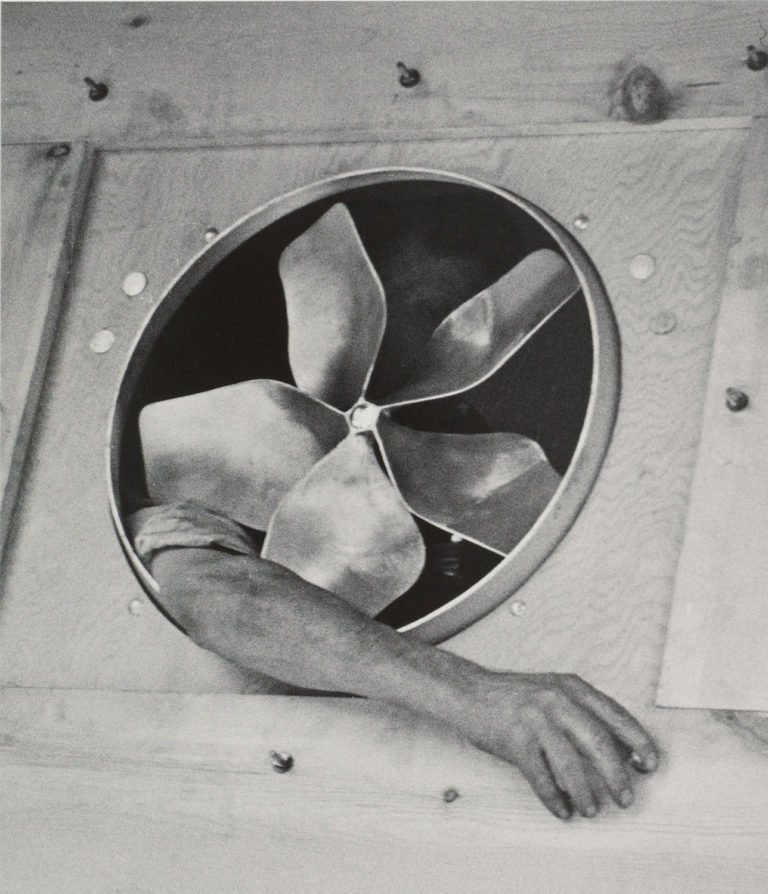 Where his peers were seeking painterly compositions and using hefty equipment to attain these goals, Kertész used smaller equipment which allowed him more spontaneity and freedom in shooting. Even in his early work we can see the deftness and aptitude of his mobility and a love of simplicity. 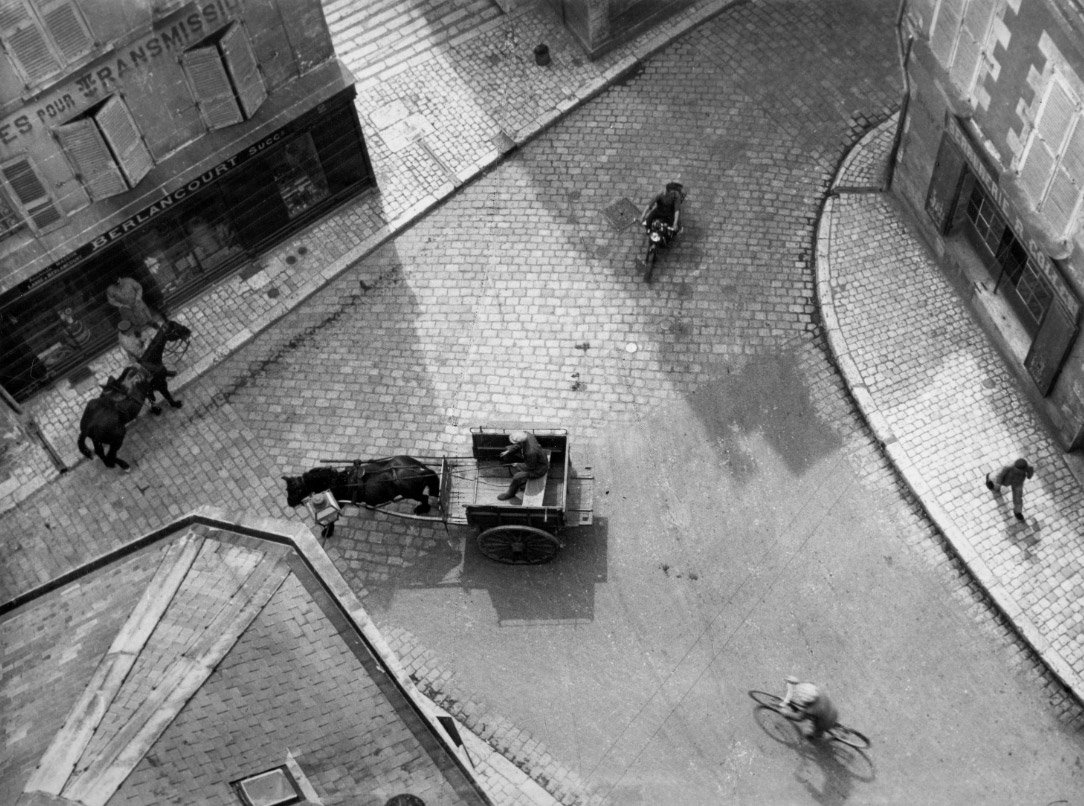 Kertész was eventually forced to flee France, under the growing persecution of Jews of the 1930’s. Emigrating to America he quickly secured work with magazines such as Vogue and Harper’s Bazaar.

Though working for established magazines, he was able to maintain a palpable empathy for his subjects, setting aside his biases regardless of who he was assigned to shoot. His compositions remained dynamic even under the commissioned rules of the magazines under which he was working. 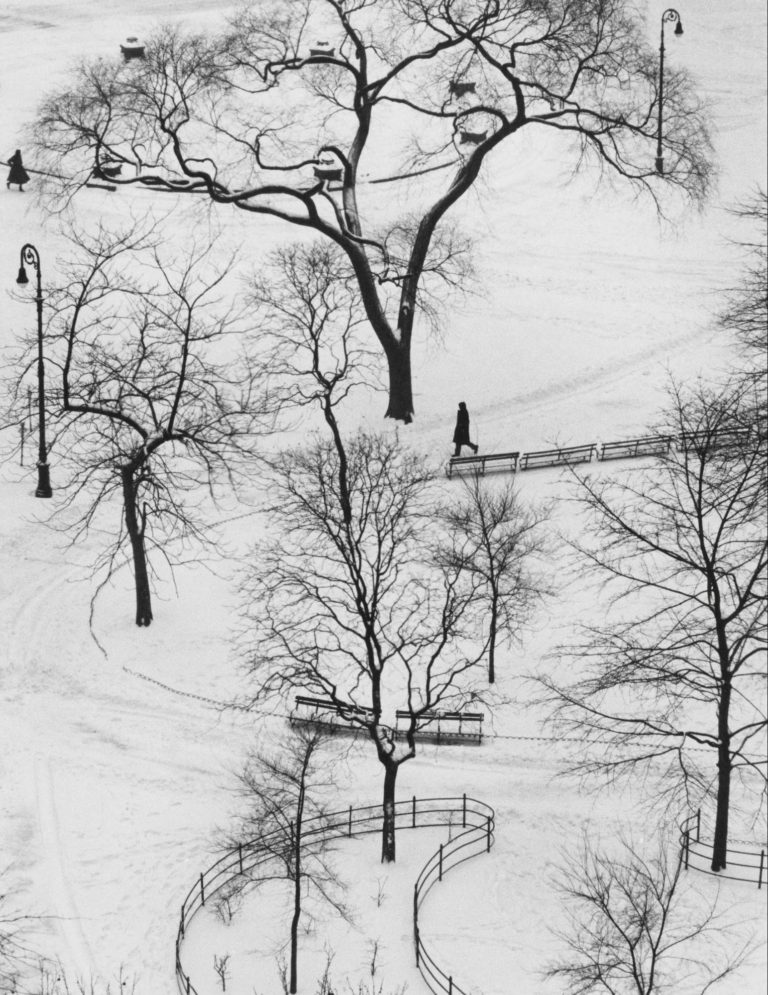 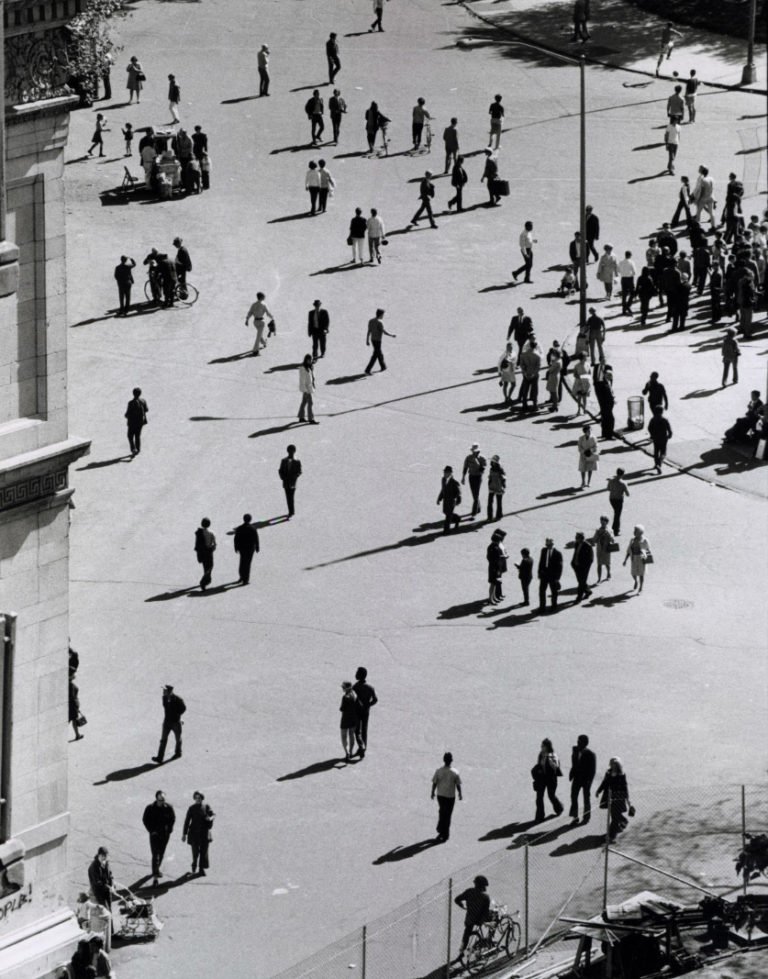 He also made valuable contributions to photojournalism, writing several influential photo essays, as well as later being given opportunities to present his work in solo exhibitions at the Art Institute of Chicago, and MOMA in the early 60’s.

Perhaps the most inspiring part of Kertesz’ story is that he was one of the most prolific self-taught photographers, never disheartened by the challenge of discovering photographic techniques on his own. 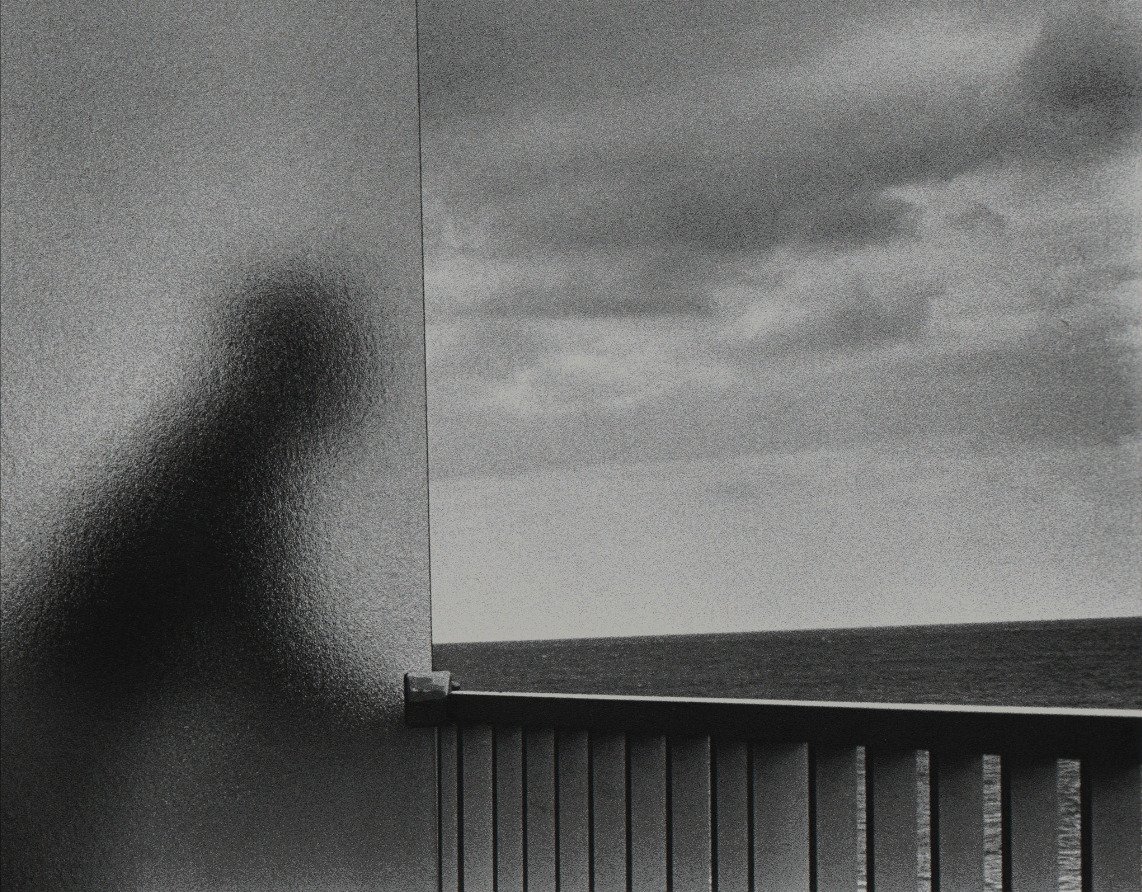 Claiming “I am an amateur and I intend to stay that way for the rest of my life”, Kertesz was a great source of inspiration to photographic legends such as Cartier-Bresson.

He remains revered for his clarity of style and ability to blend simplicity with emotion, prizing impact over technical precision, seeking metaphors and geometry in everyday objects and scenarios, to turn the mundane into the surreal. Nothing was too plain or ordinary for his eye, since he had a special ability to breathe life into even the most ‘unremarkable’ subjects.