For over half a century, the iconic Moroccan-born French photographer Bruno Barbey has traveled all over the world and found his voice both as an artist and an explorer. Becoming a member of Magnum photos at age 25, his work is a testament to 55 years of history and reflects his sensibility and insatiable thirst for the unknown.

As an amateur, Barbey began shooting Monochrome pictures, as was the trend at the time, but the vibrancy and light of Morocco undoubtedly influenced his understanding of colour which later became a trademark of his work. 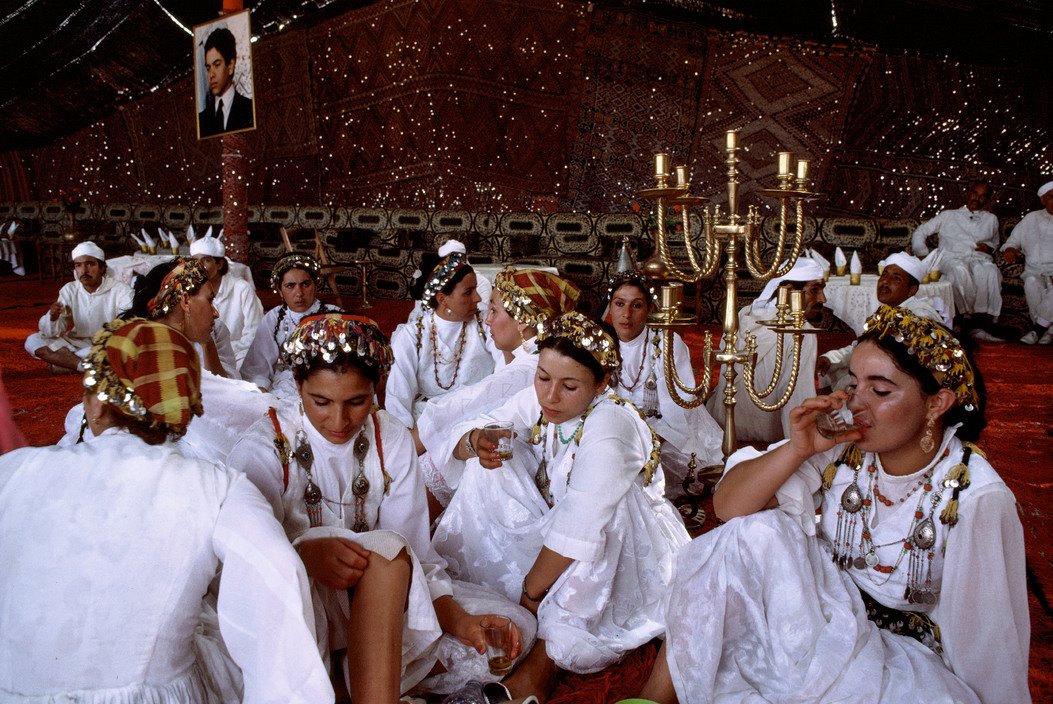 Guests from all over Morocco wearing their regional clothes, attending the celebration, Marrakech, Morocco, 1987

Showing a keen interest in photography from an early age, Barbey was accepted at the Ecole des Arts et Métiers in Vevey, Switzerland to study photography and graphic arts. Influenced heavily by Robert Frank’s pioneering project ‘The Americans’ which made photographic history, Barbey was inspired to capture the spirit of a nation in his first major project ‘The Italians’ (1961–1964).

Led by the idea that “photography is the only language that can be understood anywhere in the world” Barbey set out to interpret Italian culture and heritage in a career-defining series. 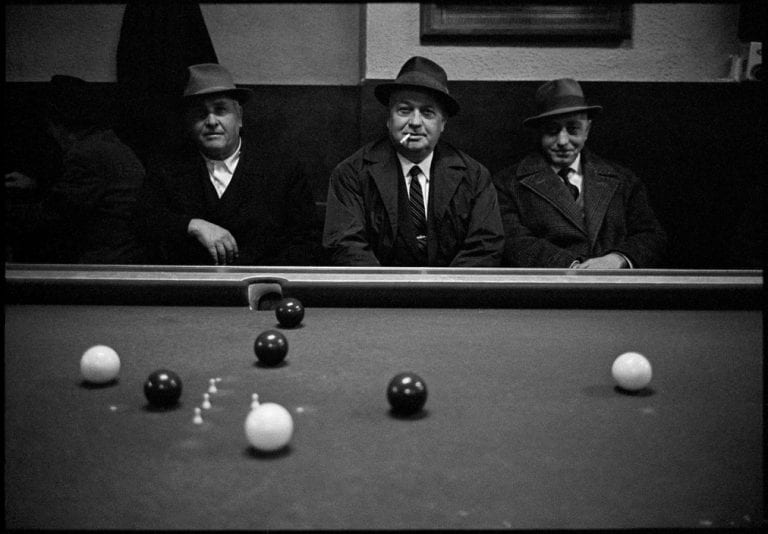 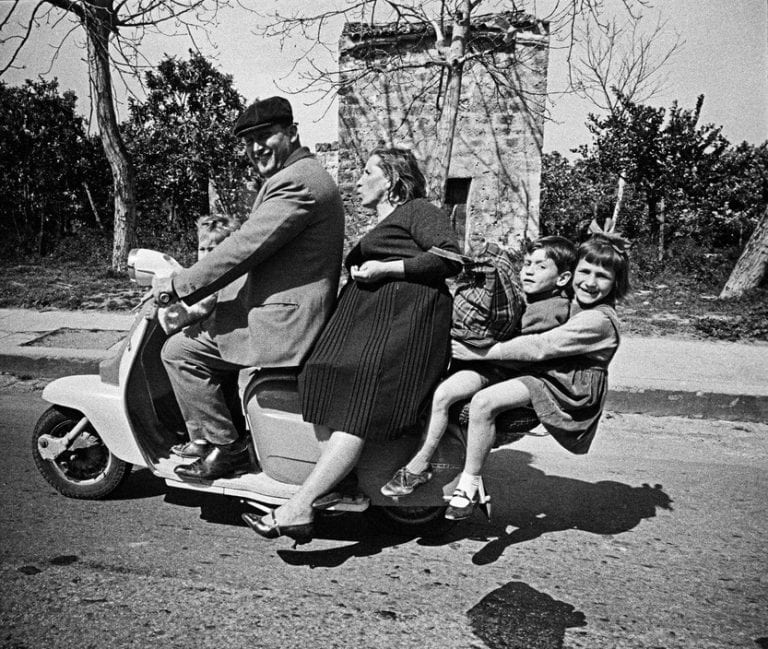 His work was noticed by those in the Editions Rencontres in Lausanne who commissioned him to document cultural similarities and differences between European and African countries.

His mixed heritage gave him a keen understanding of the relationship between these continents. Later, whilst working on another commission in Brazil, Barbey began to shoot with colour film, pioneering its use in photojournalism. To this day he maintains that shifting from black and white to colour photography in 1966 was one of the high points of his career. 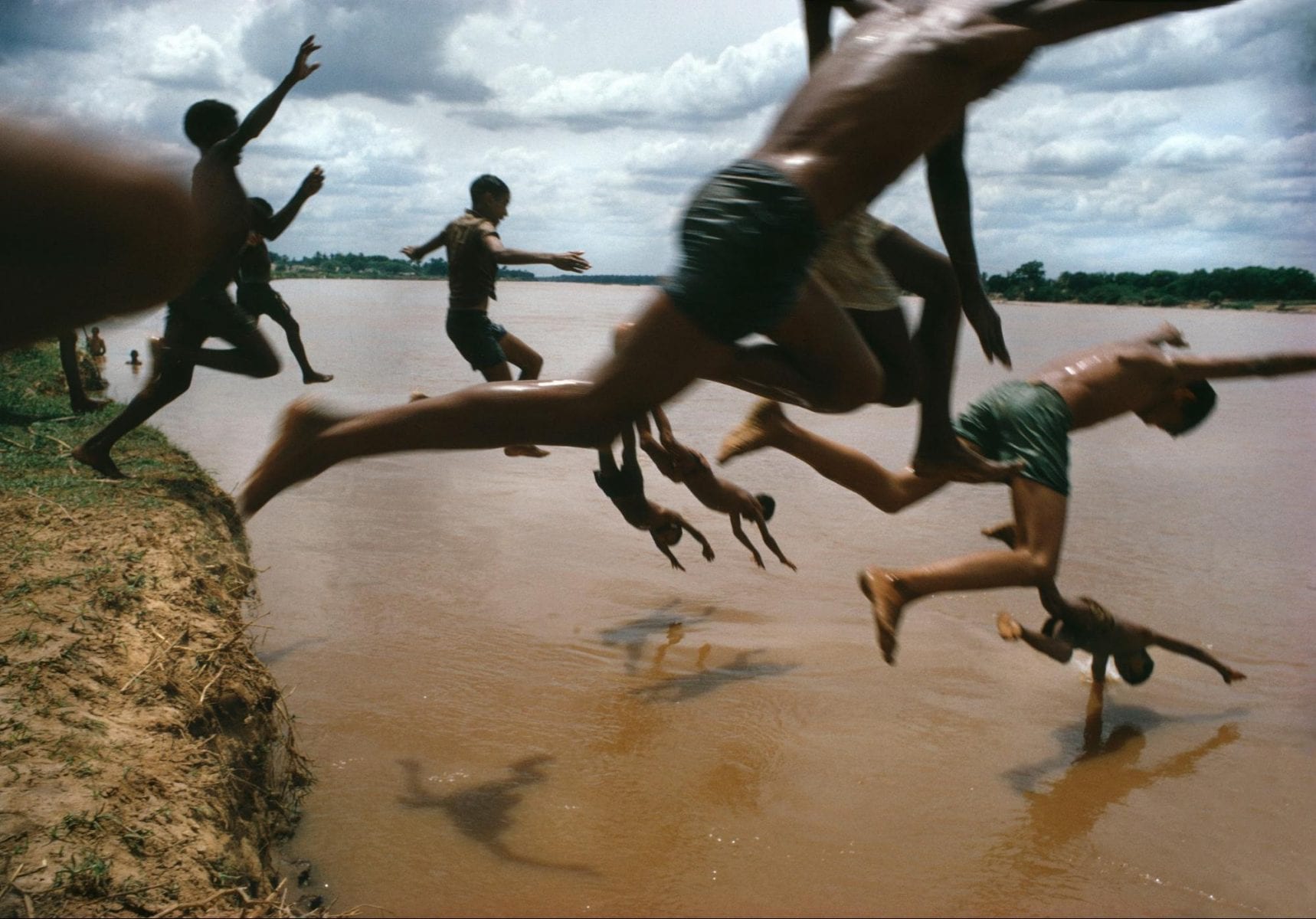 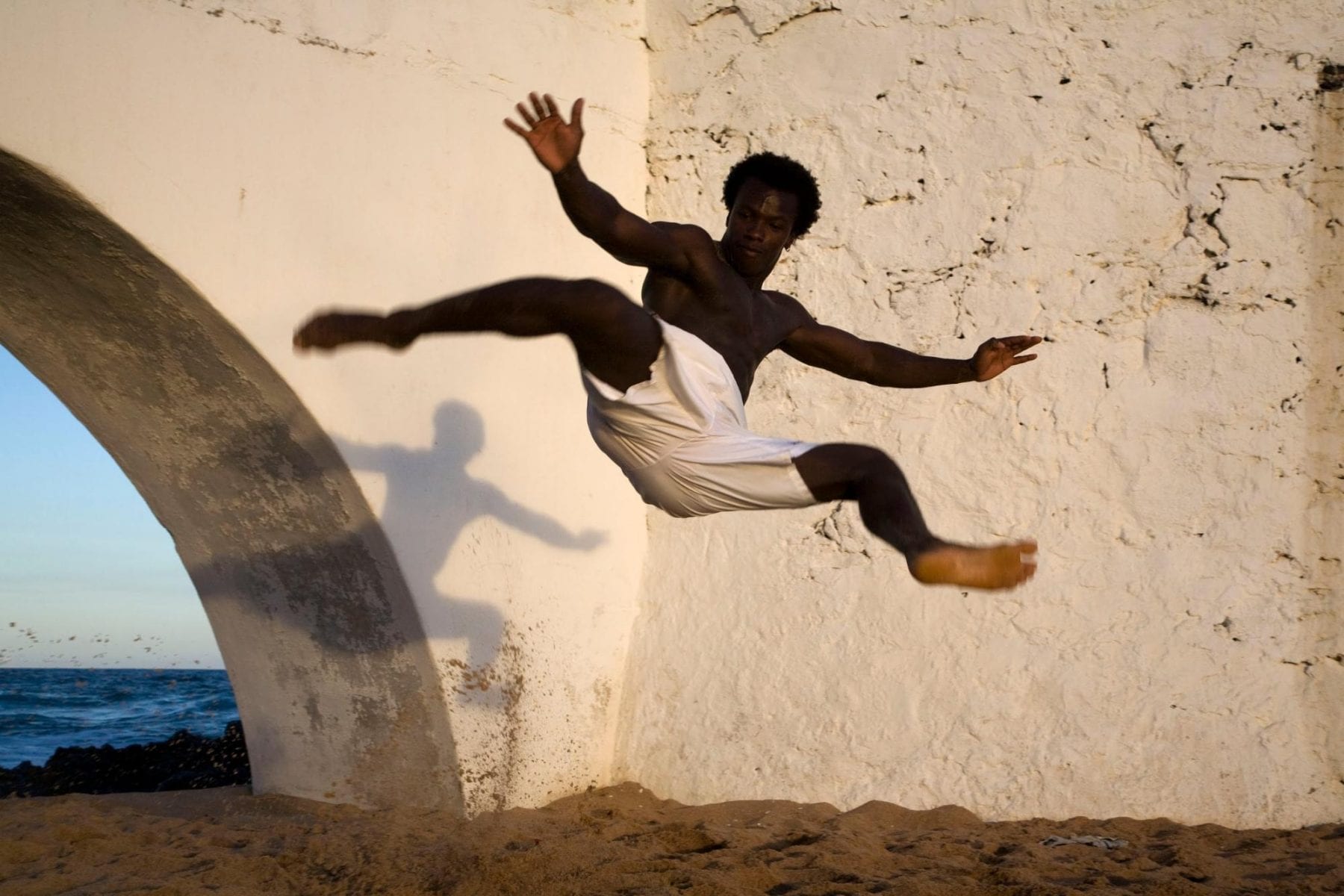 In 1968, he was noticed by Magnum photos and commissioned to document the student riots that were wreaking havoc on the nation. The student riots in Paris in May ‘68 arose from the left-wing idealism of French university students demanding “liberté, égalité, sexualité!” (freedom, equality, sexuality) and opposition towards the Vietnam war.

The riots led to a national worker’s strike which ground the nation to a halt and culminated in violent clashes between thousands of students and police. Bruno was on the ground to document, working alongside some of the most notable names in photography at the time. In an account of the momentous events Barbey recalls: “At one point I went with Marc Riboud and Henri Cartier-Bresson to buy helmets to protect our heads from all the stones being thrown. We quickly realised that they made it impossible to use our Leicas properly, so we threw them away.” 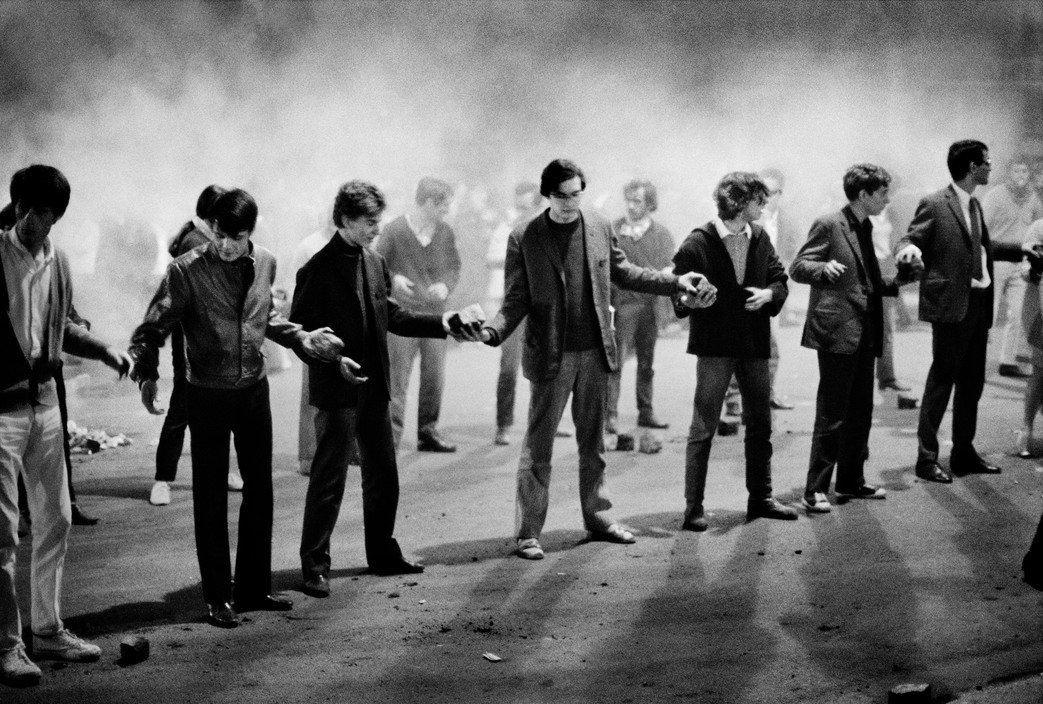 Students in a chain passing cobble stones for the barricades, May 10th 1968, Paris 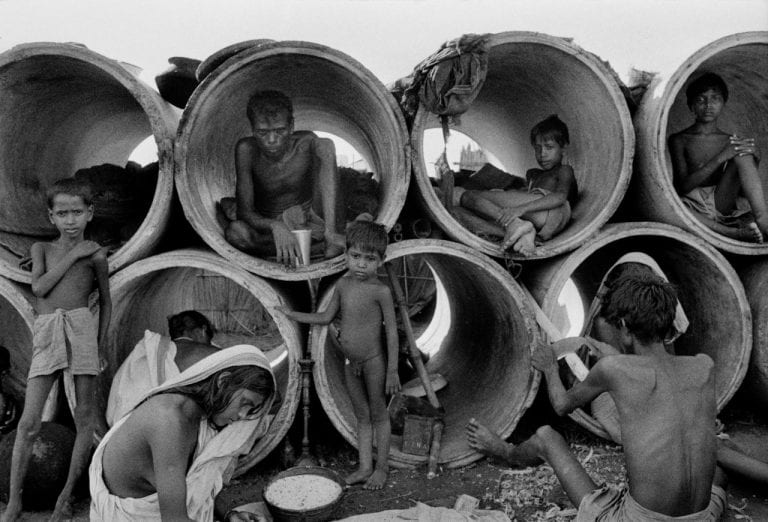 Refugees transform tubes into homes in the city outskirts, India, 1971 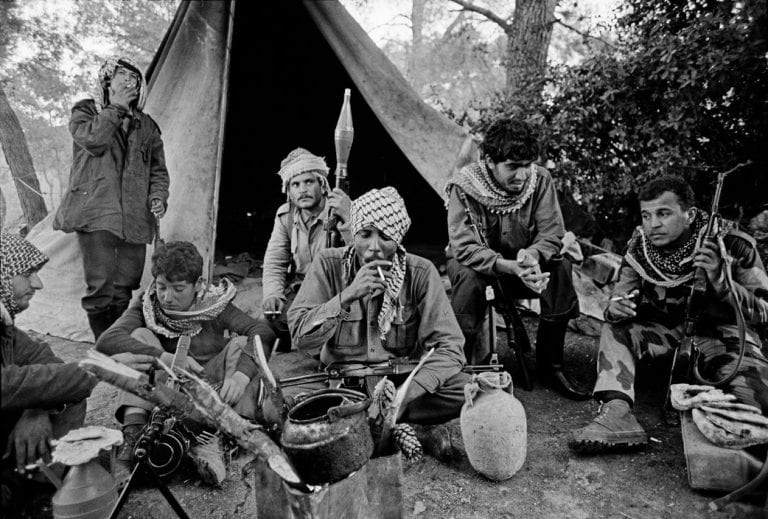 Barbey’s unflinching courage and prioritisation of the photograph over his own safety made him able to cover stories that most photographers wouldn’t dare to; including the Six-Day War in the Middle East, the Vietnam War, Poland during the era of Solidarność, and the Iraq war at the beginning of the 1990s.

Yet despite making vast amounts of work in areas of conflict, Bruno Barbey does not consider himself a war photographer, claiming that war can make people cynical about death because they are immersed in so many cruel scenarios. Instead he prefers his images to speak of the changing world claiming he “photographs to document for posterity, traditions and cultures rapidly vanishing as a result of changing consumer attitudes.” 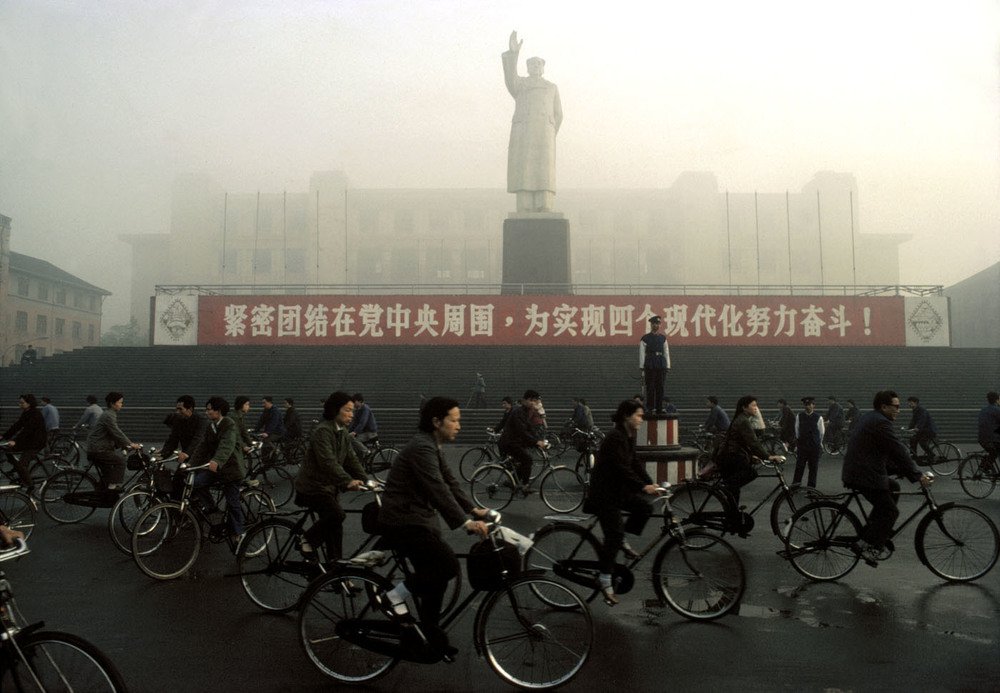 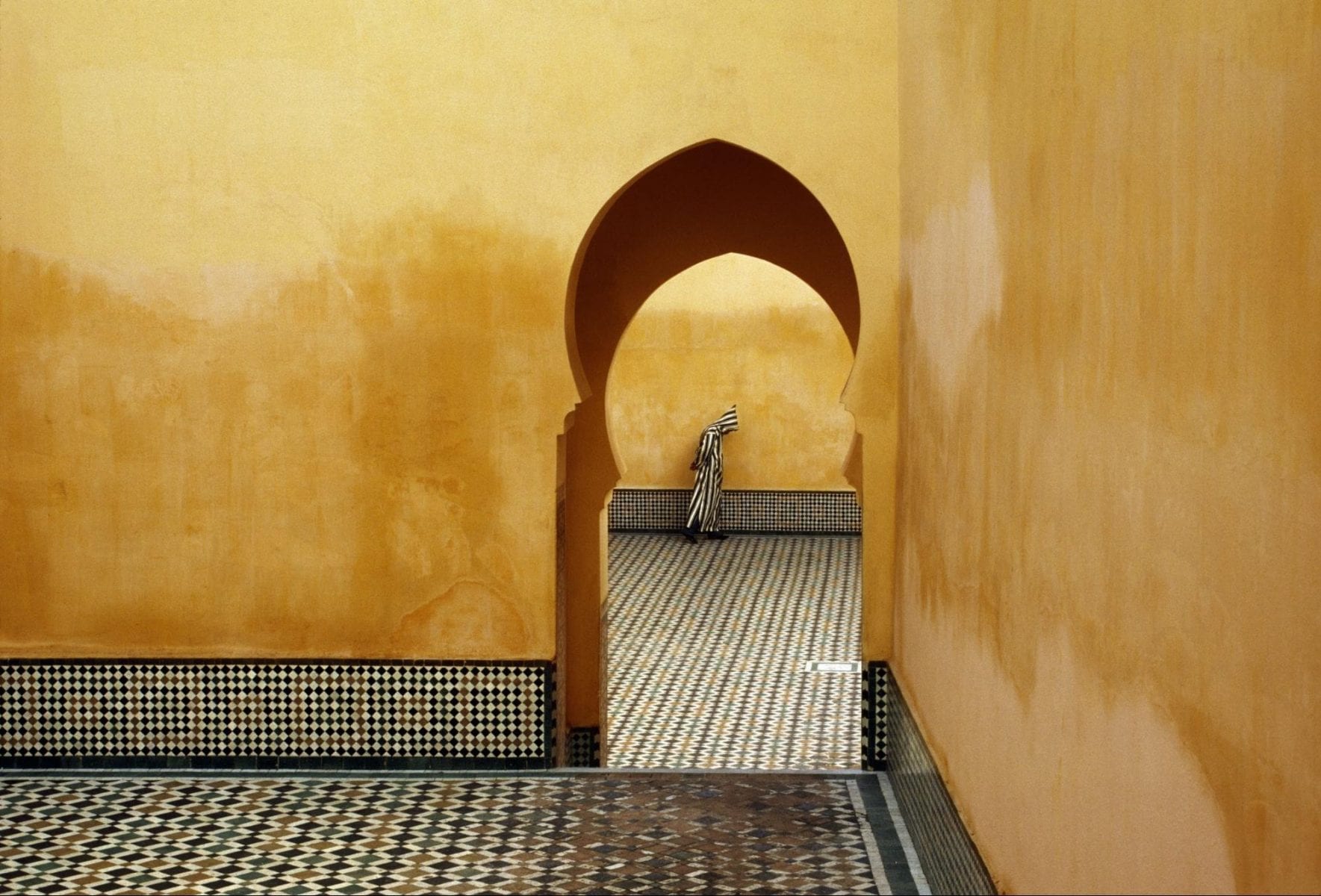 Distancing himself from the horrors of war, Barbey has more recently focused on the home of his childhood, Morocco, revealing virtuosity in his use of colour. He has also spent significant time shooting in Turkey and China, countries with a very strong cultural identity, where feelings may not be able to be expressed with words.

From 1992-1995 Barbey served as President of Magnum International where he influenced a whole new generation of Magnum photographers. But his influence goes beyond that of Magnum affiliates, infiltrating the lives of street photographers, documentary photographers, photojournalists and travel-enthusiasts, each attracted to Barbey’s ability to create large, complex compositions, full of multitude. 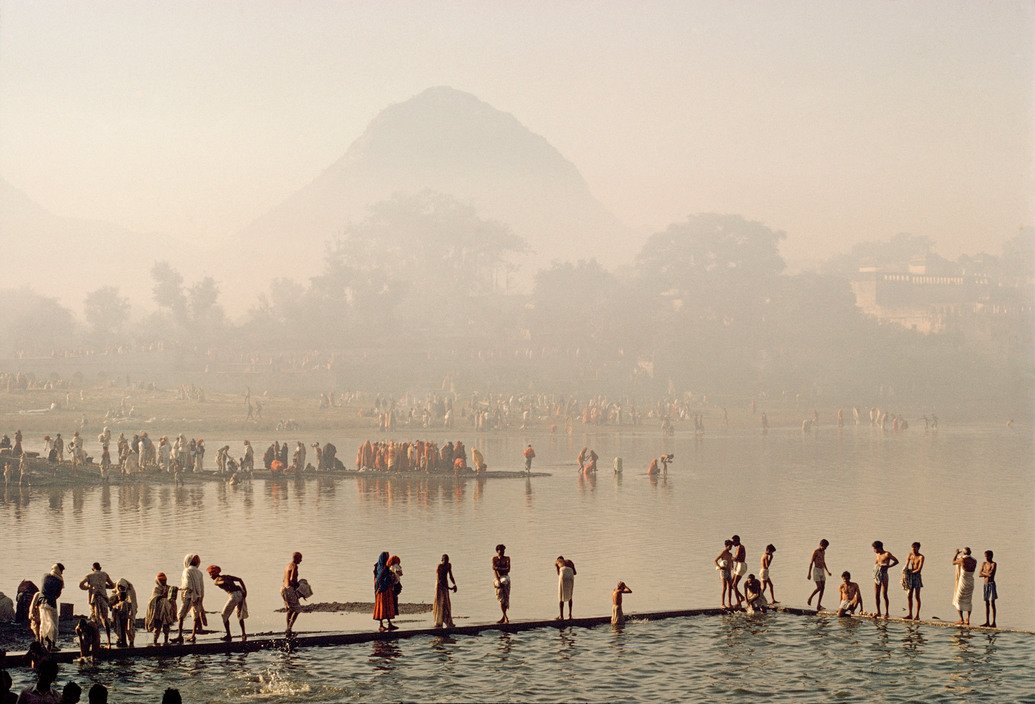 Pilgrims bathe in the waters of the Holy Lake, Rajasthan province, India, 1975 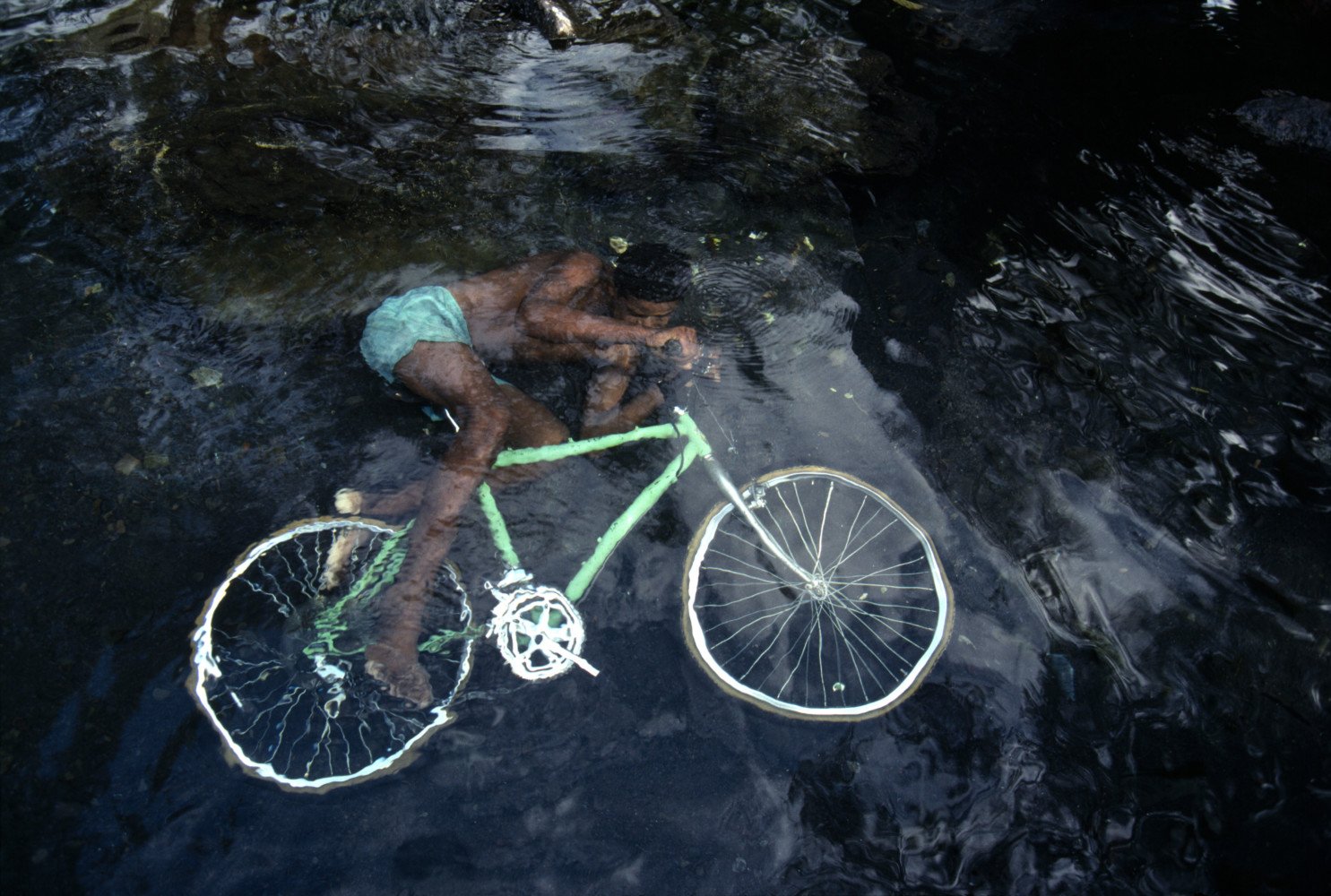 Adopting the use of a Leica M2 with a 21mm lens which allowed him to shoot quickly without focusing has given Bruno Barbey’s work a very distinctive look. This, paired with his boldness to capture subjects in their natural element and his innate understanding of colour and tone proves Barbey as a master of his craft. So what can we learn from Barbey?

– Don’t stop to ask permission, fill the frame, and in his own words:

“I always discourage people from being full-time photographers if they have other ways of making money. If you really want to do personal work you may be better off doing it as a hobby.”