In his latest book, ‘The Last Testament’, Magnum photographer Jonas Bendiksen follows seven men as they publicly claim to be the returning Messiah, the Biblical reincarnation of Jesus Christ.

Though their follower base fluctuates from a handful of disciples to several thousand, they are united in the belief that they themselves are the chosen ones who have come to save the world. 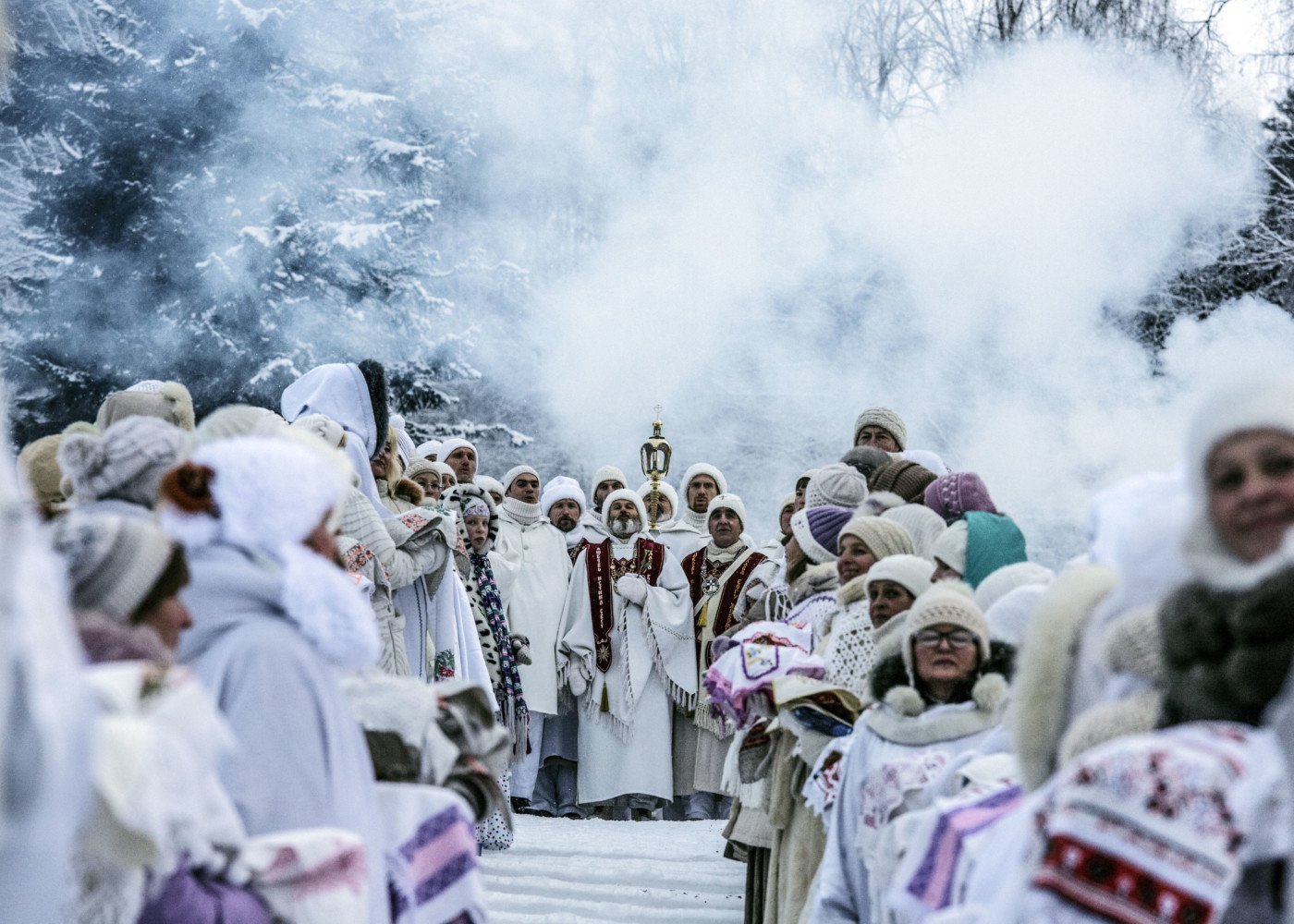 Choir Hymns on the Birthday of Vissarion, Krasnoyarsk Territory, Russia, 2015

Interested by the power of religious texts over the individual, Bendiksen’s fascination was only brought to a crescendo by witnessing the influence of faith in modern society, especially within the context of modern media.

The Last Testament explores the Christian belief in the second coming, in which Christ is said to return to the earth to grant humans salvation. Bendiksen chose to imagine this in a modern context, through the people who live in the mindset that Jesus has already returned. 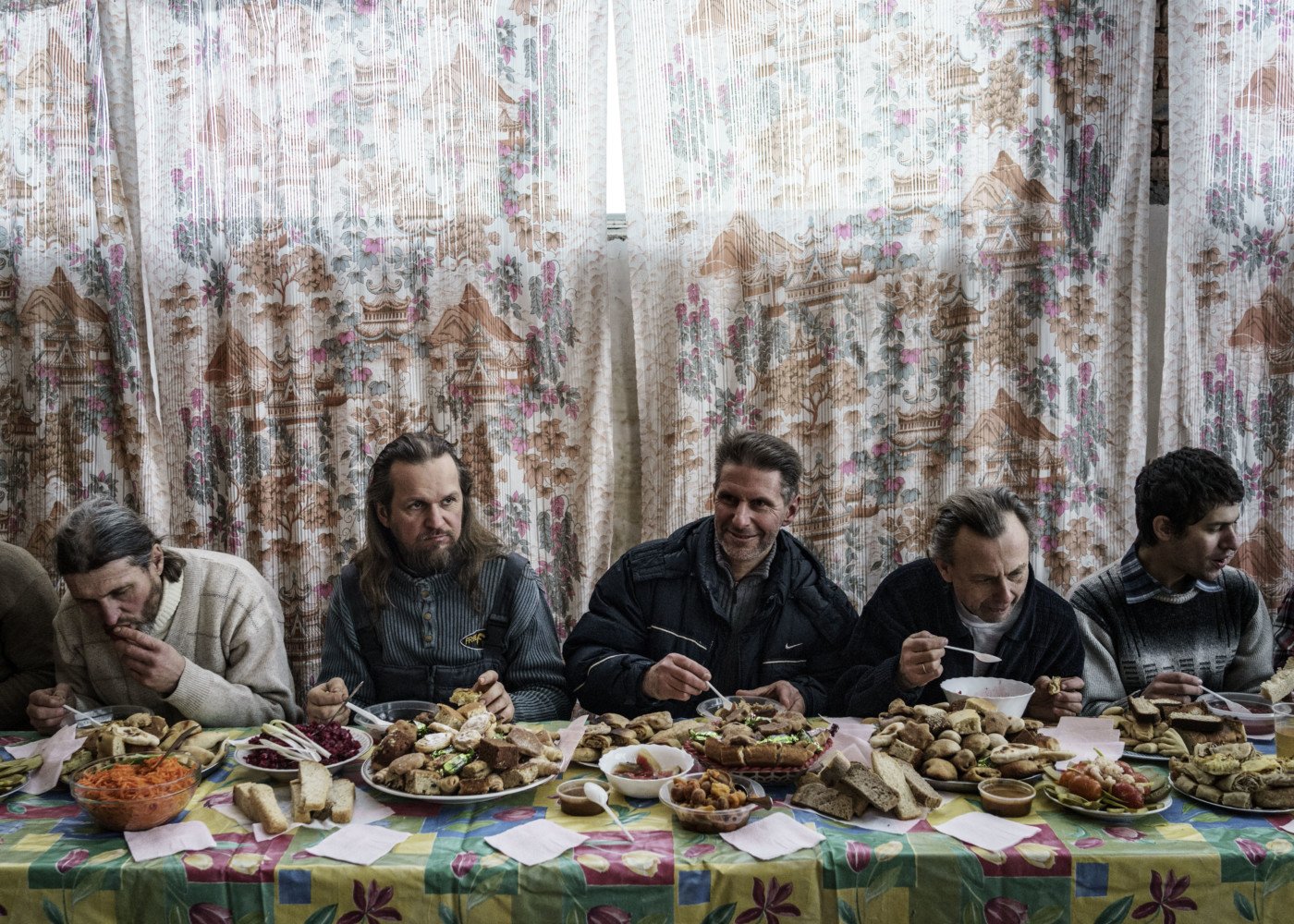 Disciples of Vissarion at a Communal lunch, Russia, 2015

Conducting heavy research to identify the right people, Bendiksen gathered seven men believing to be the Second Coming. In order to fully understand and document their story, Bendiksen was forced to immerse himself deep in their theology, whilst retaining the eye of an outsider, open and curious to their ways and eccentricities. 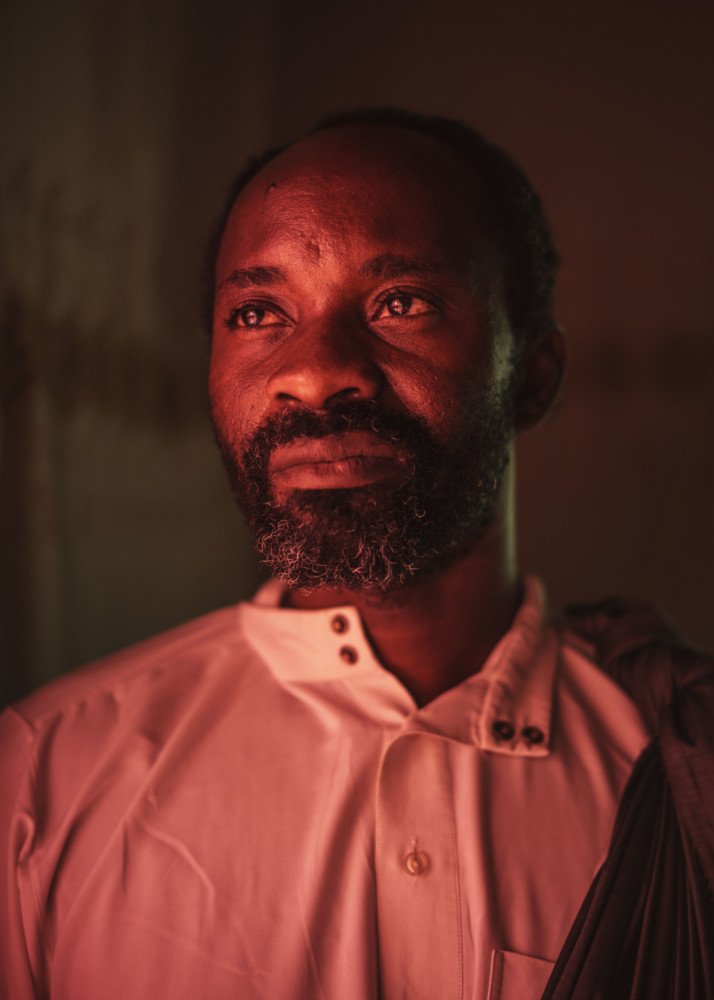 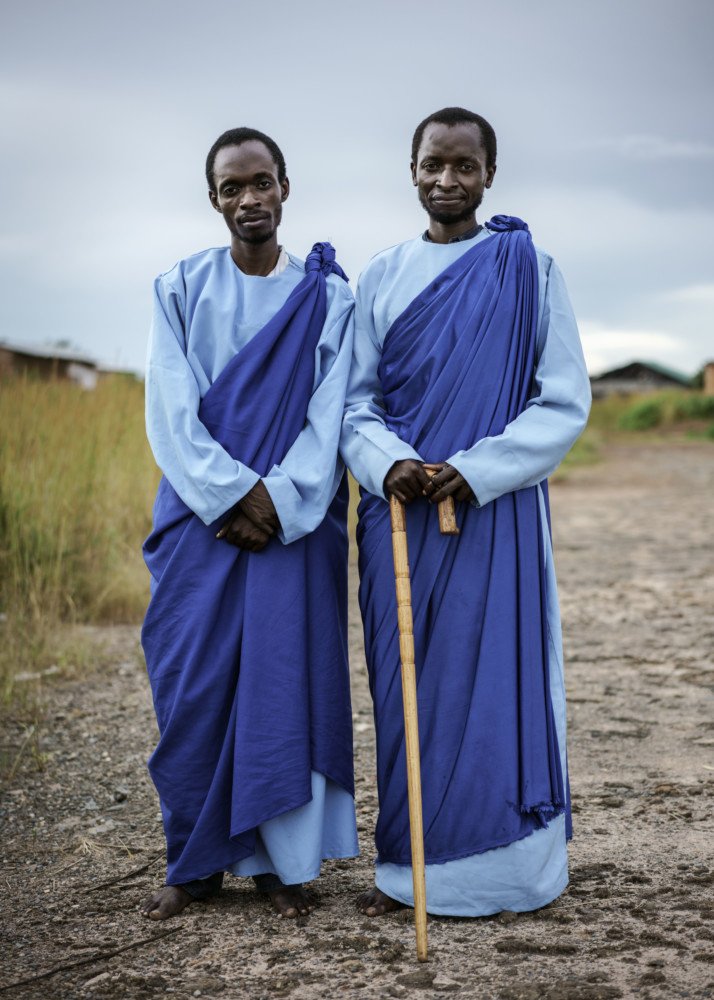 Bendiksen claims he did not approach the ‘Messiahs’ from a usual photojournalistic perspective, feeling no need to bombard the men with questions or test the authenticity of their claims.

Instead, his aim was to reflect the world through their vantage point, a world that could and would be saved through their good deeds, taking all he was told at face value, and refusing to prioritise any piece of information, as each was sacred. 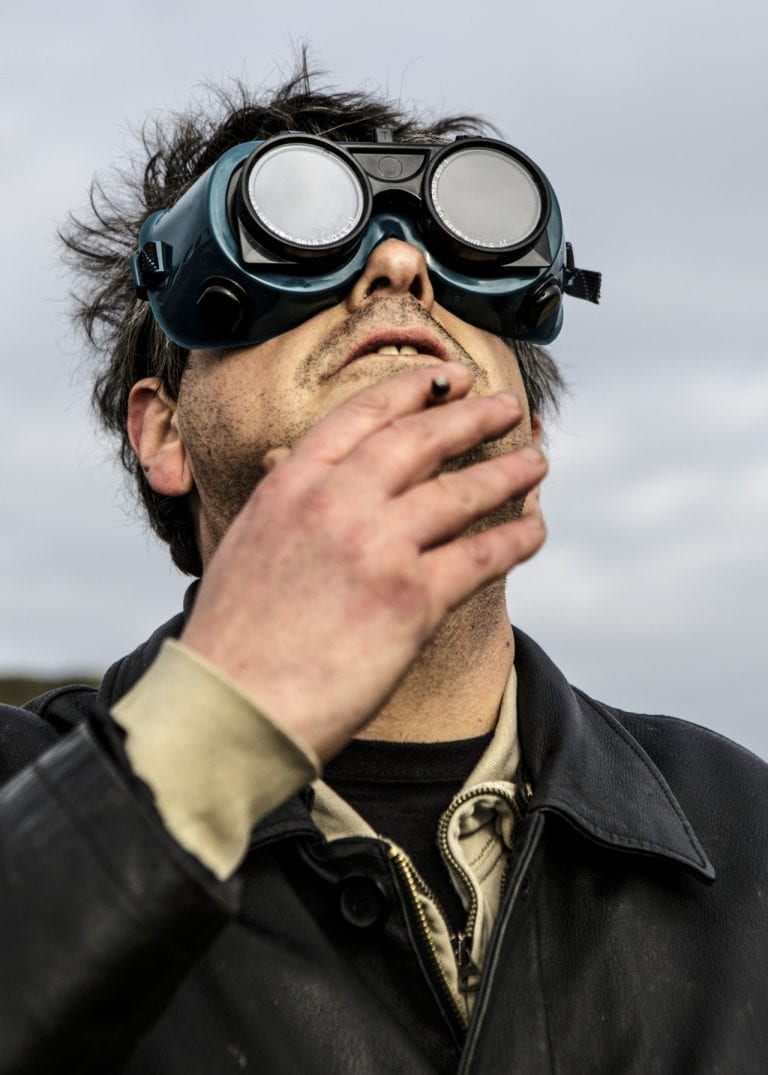 David Shayler watching a solar eclipse from the top of Roseberry Topping, the same mountain from which delivered his own Sermon on the Mount. David Shayler the Christ was born December 24th, 1965 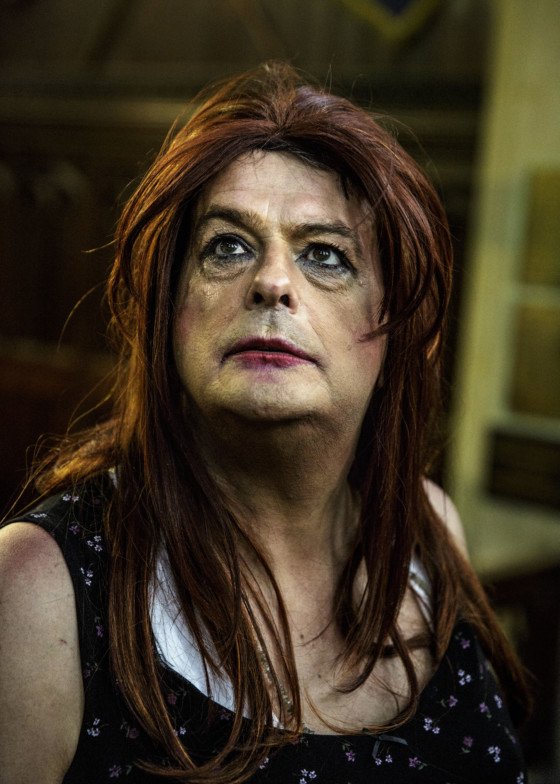 Dolores (David Shaylers transvestite femme persona) in a church. Paul the apostle writes “nor is there male and female, for you are all one in Christ Jesus”

The Last Testament covers each facet of the lives of these people, from their favourite meals to their religious ceremonies, covering daily life amongst these believers- but the Immersion process was by no means light- in South Africa Bendiksen shared a bed with a messiah for a week.

In other cases, where the oracles had more clout and following, they were more unreachable, available only by appointment, but Bendiksen’s ability to gain the trust of these followings meant he was able to breach even the highest echelons of their ranks. 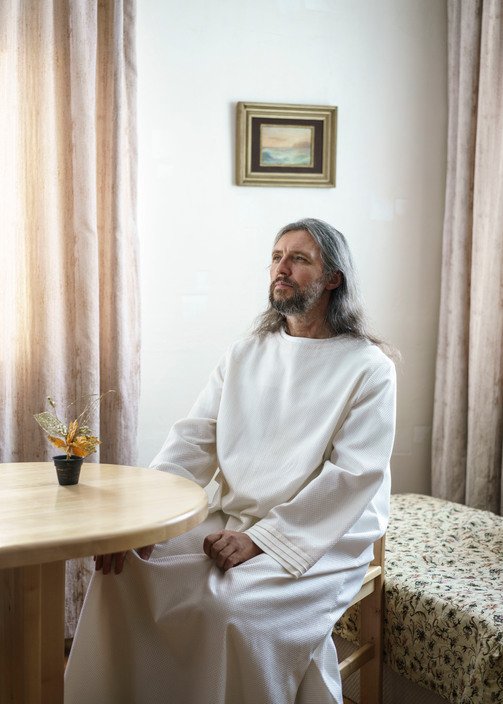 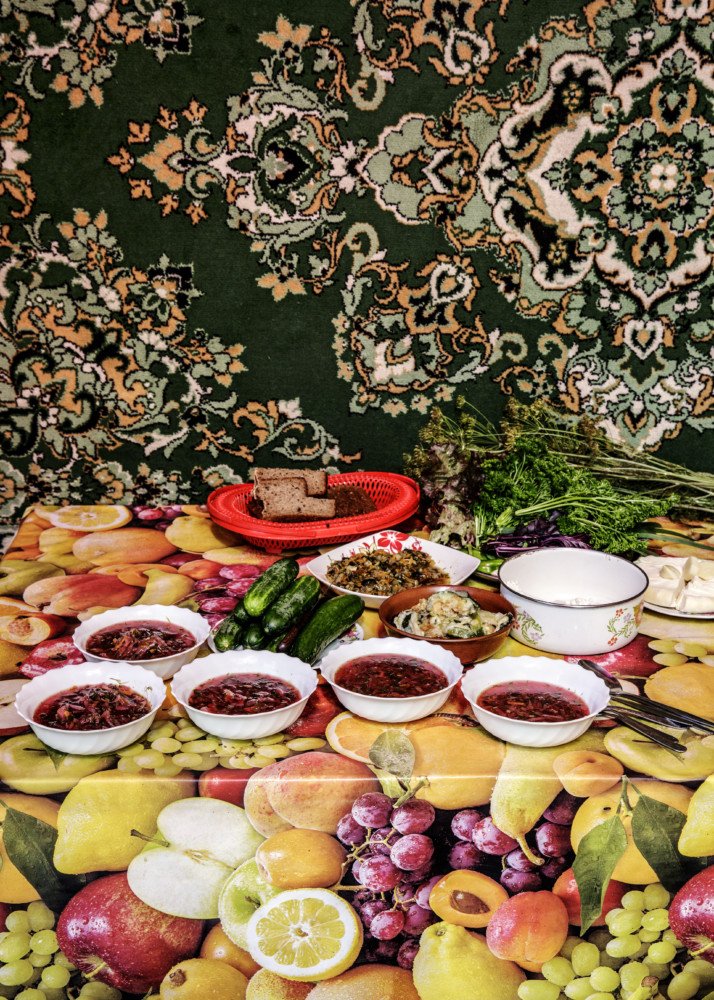 The followers of Vissarion grow their own vegetarian food, Krasnoyarsk Territory, Russia, 2015

One of the most prominent narratives of the project is that of Vissarion and his disciples. A remote community in Siberia, these people live in harmony with nature and are entirely self-sufficient, living from a vegetarian diet of home-grown vegetables and grain.

Bendiksen even claimed that their way of life was very seductive to him; he could almost imagine living there happily, regardless of his disbelief that Vissarion was the true Messiah. 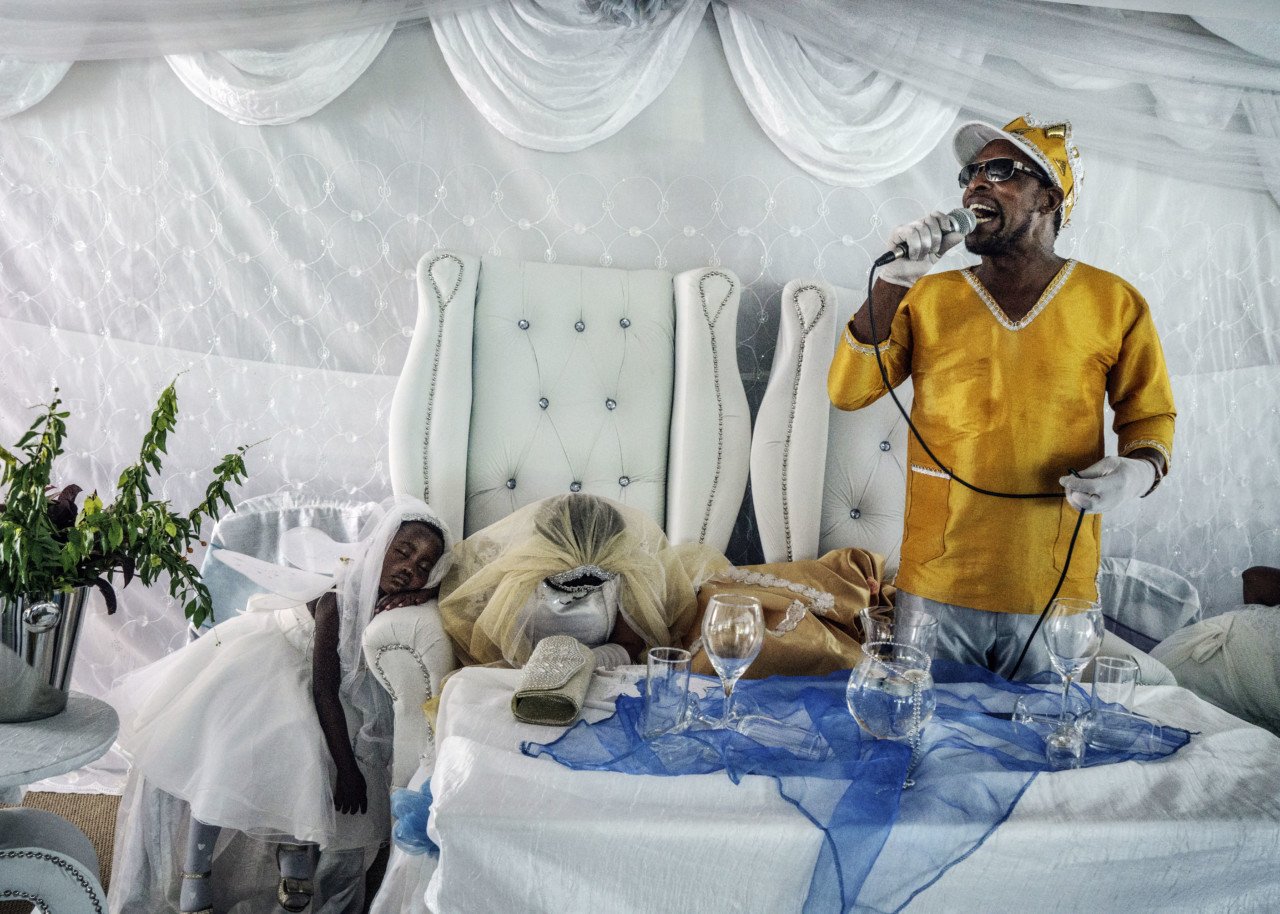 Moses preaches to his flock during the wedding. Moses Hlongwane is known to his thirty or so disciples in South Africa as The King of Kings, The Lord of Lords, or simply: Jesus.

Though the book has a somewhat humorous tone (in one memorable instance INRI Cristo rides around on his electric bike) the project does not poke fun or patronise the subjects of Bendiksen’s narrative. All of their practices are meant to signify a new chapter in the story of the Bible, and illustrate the modern interpretations and projections these apostles mean to carry into their futures. To many of them a sermon can be expressed through laughter or dance. 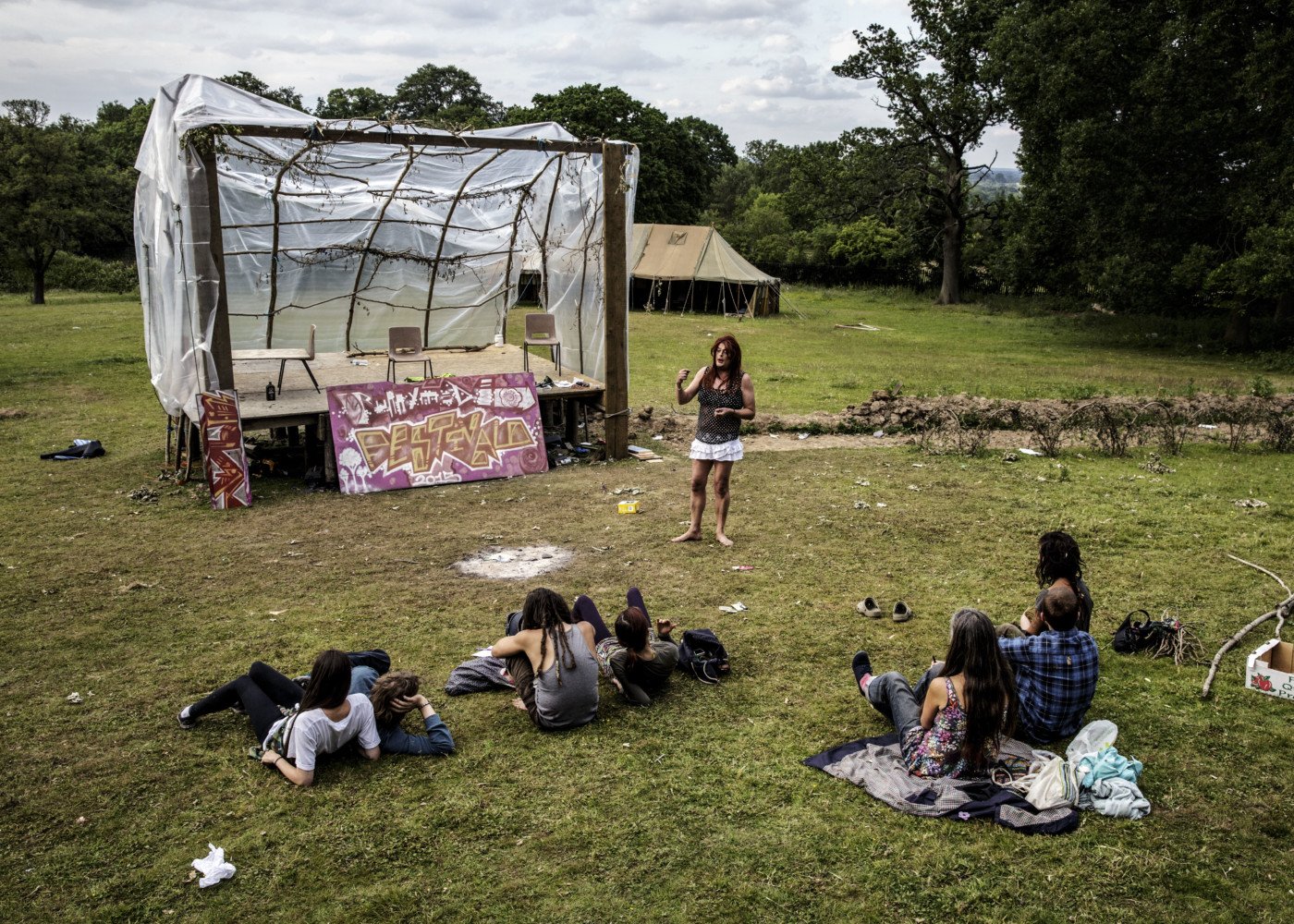 The Last Testament depicts people living on the margins of society, but people who have found their own communities and belief systems so outside the narrative of the mainstream that they live in their own self-forged worlds, free from the regular constraints of hypermodernity. 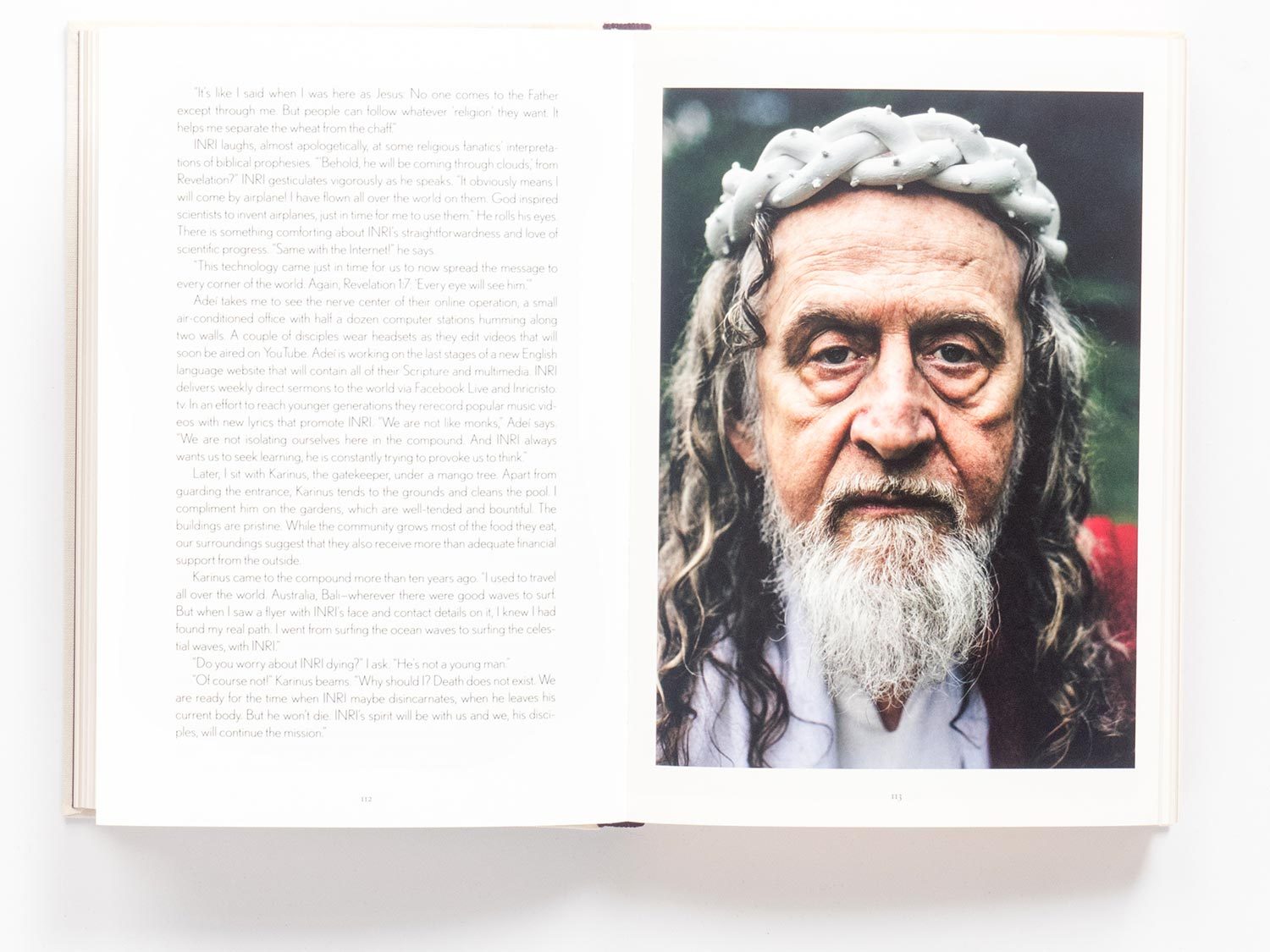 The Last Testament speaks of the human longing for salvation, for purpose and explores the dichotomy between faith and delusion. Though society as a whole may perpetuate one narrative, who is to say this is correct? Bendiksen, in his book, ultimately disseminates the ideas of our constructed realities, our universal desires and the power of community.

The Last Testament is published by Aperture