How long before it becomes ingrained in the public consciousness that where there is conflict, or famine, displacement always follows?

Nations unaffected by war, severe climate change or famine often believe they can turn a blind eye on the atrocities befalling their neighboring states. That is, until their neighbors arrive on their doorsteps, naturally seeking human understanding. 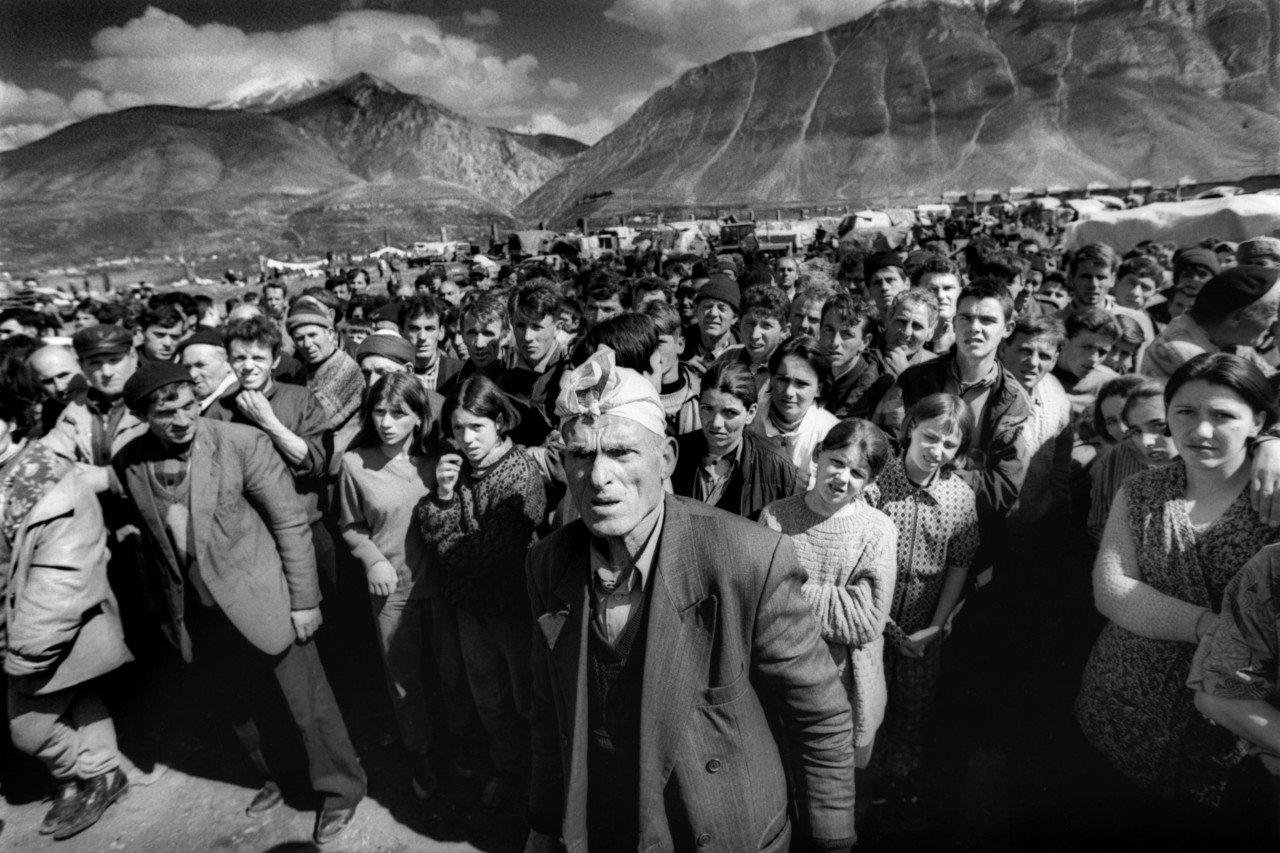 The destructive forces which drive people from their homes are integral in shaping the societies they touch, be it for the people who are forced to leave their lands or the countries on whose borders they arrive. Nobody is really unaffected by the human struggle for survival.

Whilst most societies were by-and-large built on the backs of immigrants, from ancient Egypt to constitution-era USA, the nations that we consider cohesive today take this fact for granted. All societies are products of demographic shifts and movements, and all modern nations have the impacts of conflict or environmental disaster to remember when understanding the complexities of their constructed states. 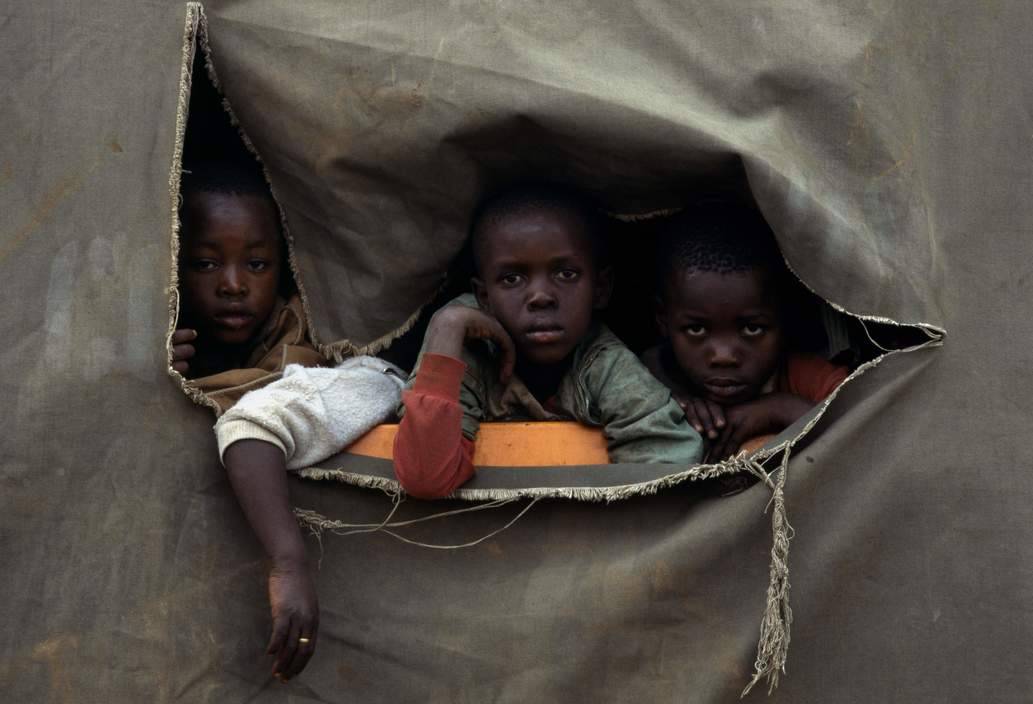 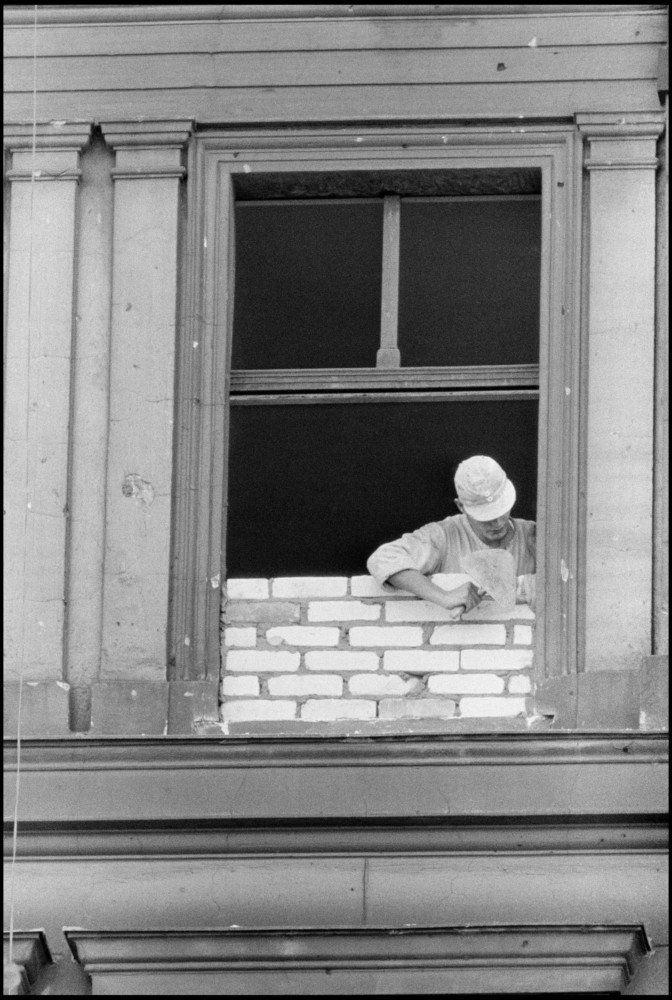 East German workman bricking up a window that is due to become part of the wall. West Berlin, Germany, 1961 © Burt Glinn / Magnum Photos 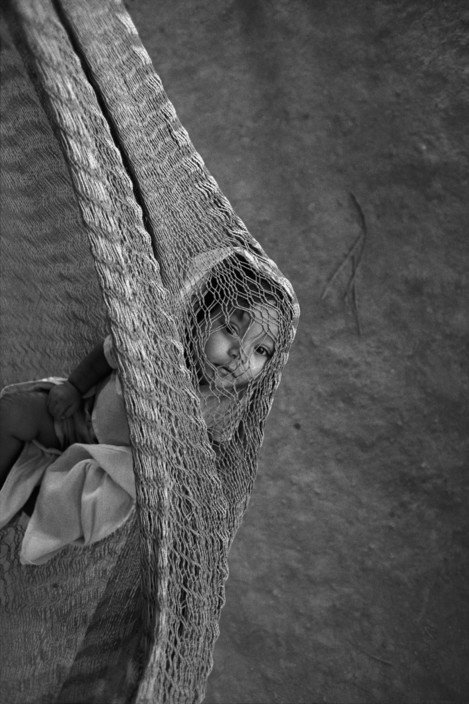 Yet, when the scars of conflict are healed, or at least covered, and prosperity returns to those previously plagued, historical memory begins to blur, and is instead replaced by what activist and human rights lawyer Alia Mark calls a “wilful amnesia”.

What once affected one group, now becomes the affliction of others, and since the developing world still struggles, their plight is often met with a shrug. 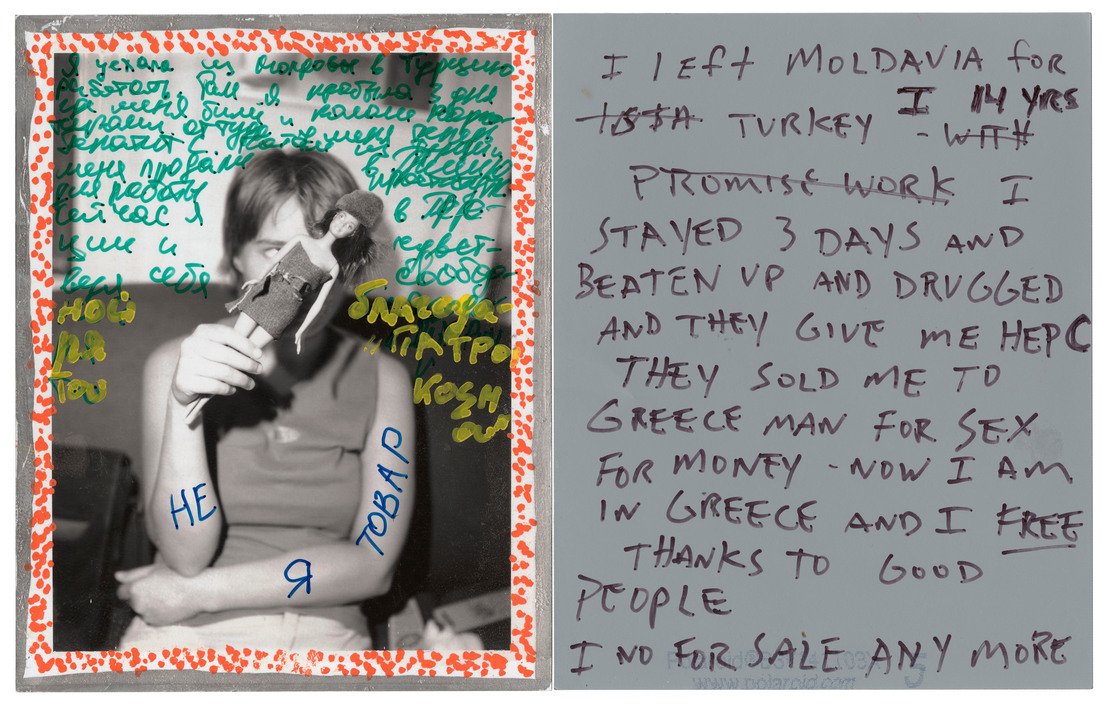 Though humans have been fleeing conflict and persecution since the dawn of society, the International laws which govern the way nations must treat people seeking refuge or asylum all stem from large 20th century shifts in Europe.

From WWI to the Spanish Civil War, the Holocaust and the fall of the Iron Curtain, the drive for collective action begins in a European context. However, these events, which inevitably made European culture so diverse and dynamic have almost become ancient history due to the fact the contemporaries of these eras have now passed. 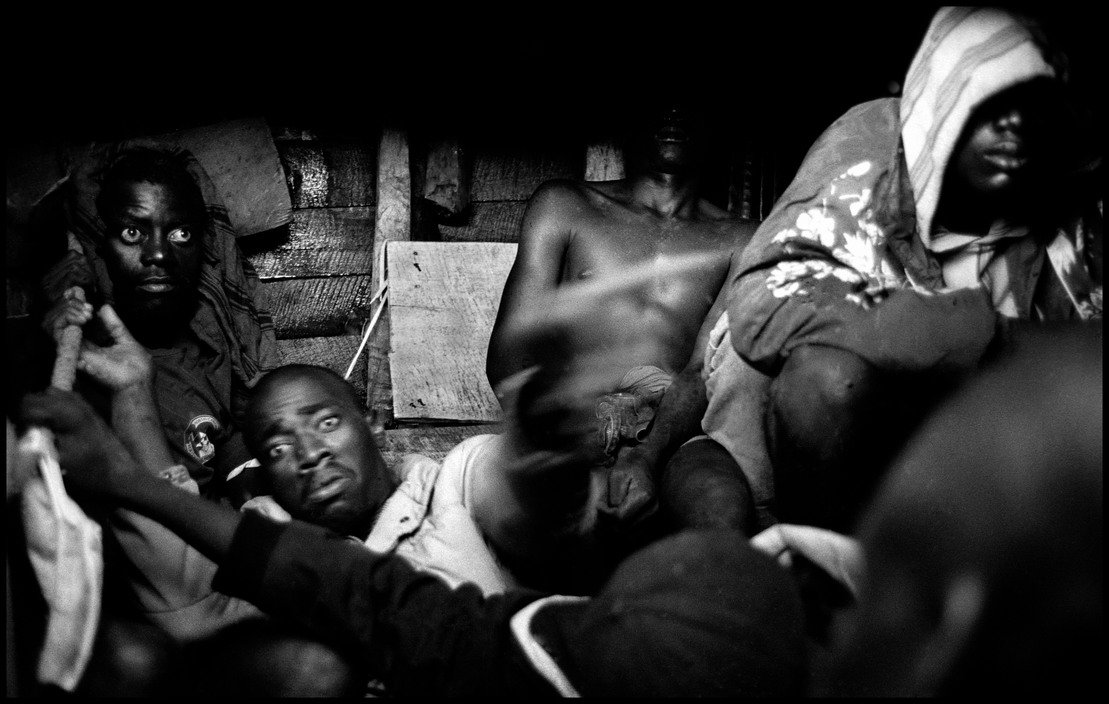 In this sense, the photographs which capture the memories of these upheavals and demographic shifts serve as powerful tools for the collective memory, tangible documents to challenge human forgetfulness. Likewise, Magnum photos, which was established in the aftermath of WWII is one of the key players in shaping the way we remember the 20th century. 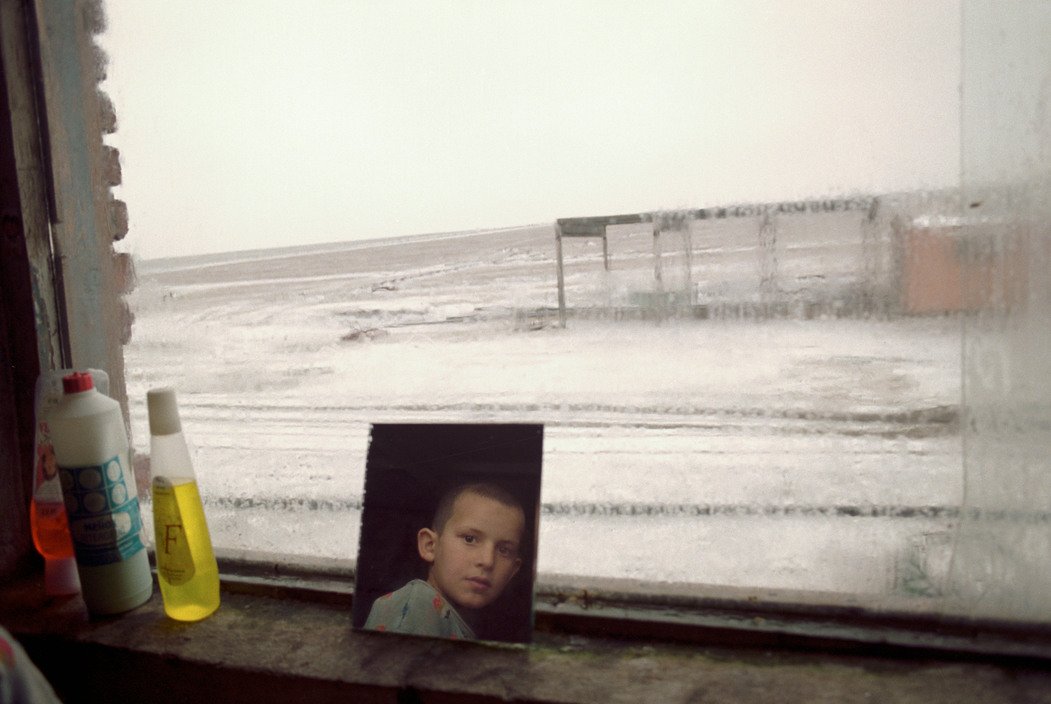 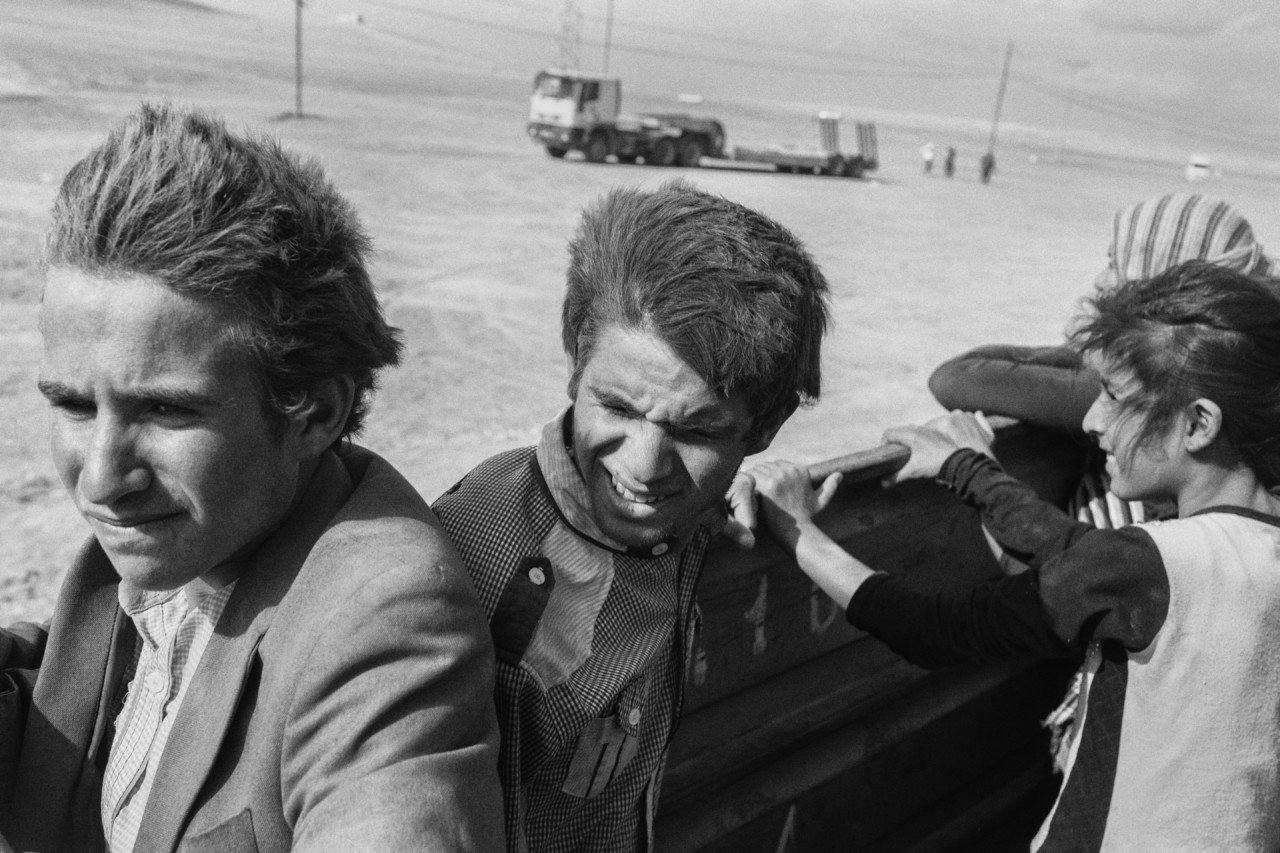 A Syrian family has just crossed the border that separates Syria from Turkey. A truck takes them to a refugee camp. Suruc, Turkey, 2014 © Emin Özmen / Magnum Photos

With photojournalists posted all over the world, Magnum photographers became our immortal witnesses, capturing the resettlement of millions of people after several conflicts. It was these events that they documented which led to the 1951 Convention relating to the Status of Refugees, which are now the foundations of important regional and international laws regarding the treatment of displaced people. 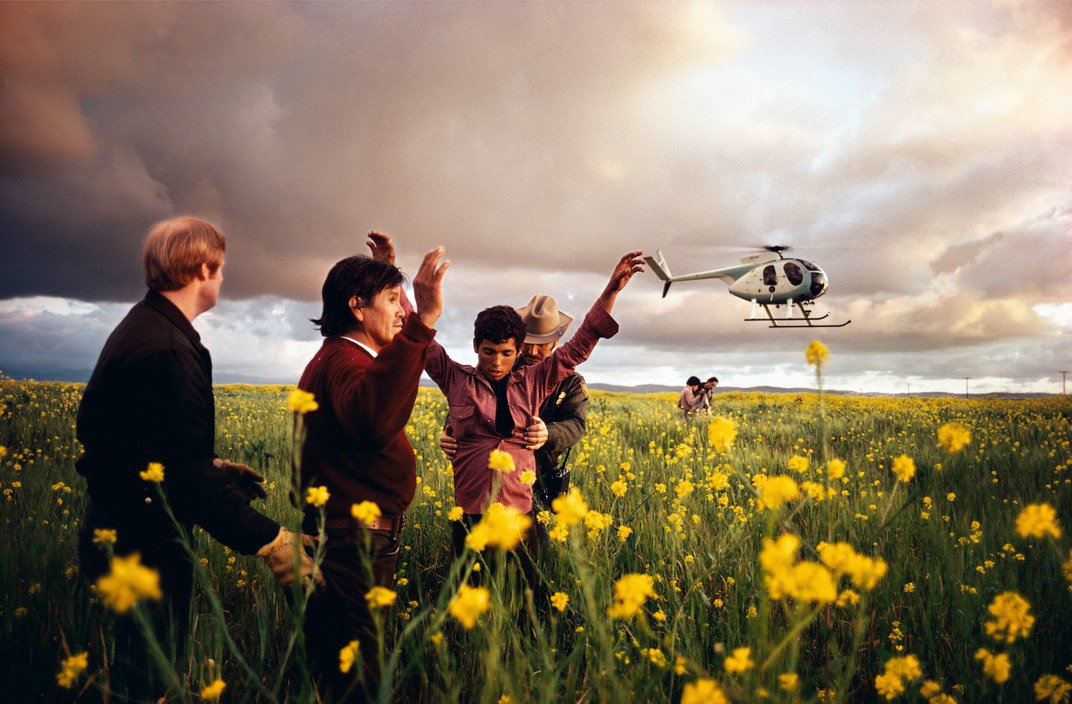 Whilst Europe now faces a large movement of refugees, the debate surrounding the crisis implies that many Europeans have forgotten the fact that this is by no means its largest influx of asylum seekers. This wilful amnesia has resulted in a mass hysteria which has led many European states to suspend their cooperation in the recuperation process. 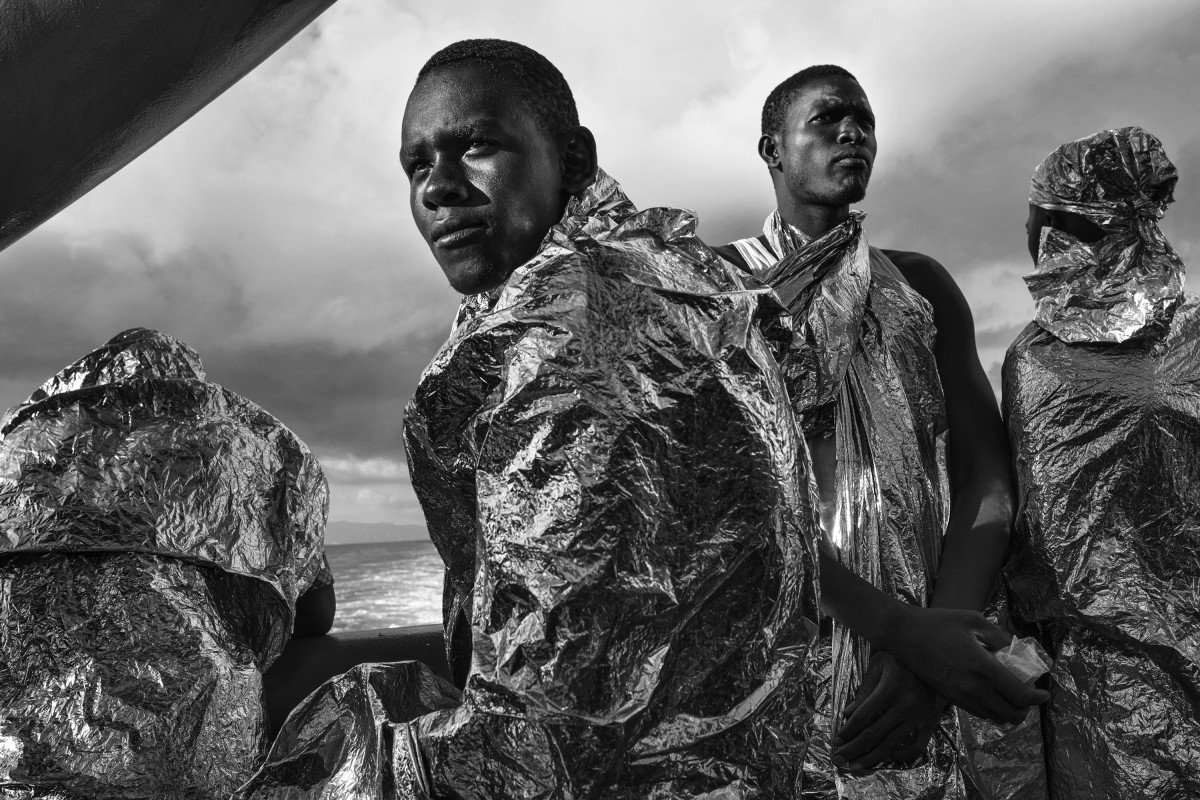 Determined to remind humanity that we bear some responsibility for our neighbours, photographers have been ceaselessly documenting the movement of people across multiple continents and the contexts across the world that gave rise to these migrations.

Through their lenses we are reminded of our own pasts, and made aware of the relatable histories which resemble the present in the countries which many are currently fleeing. 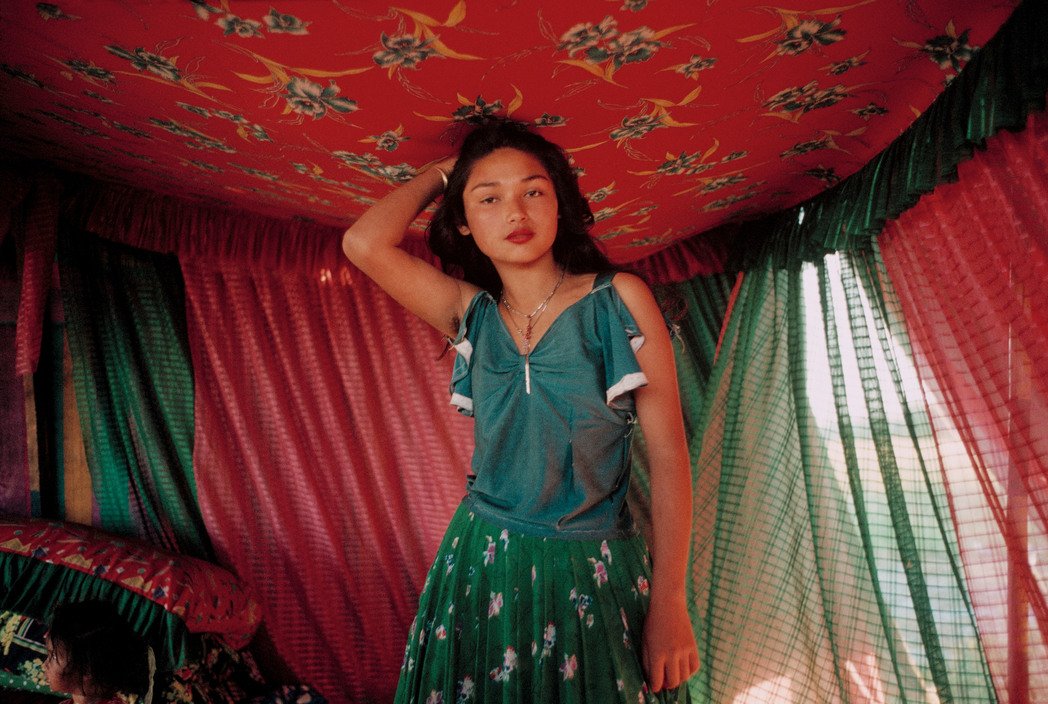 Though each migratory shift bears relation to the one before, they are all uniquely different, with their own specificities. Some migrants travel across land, others by sea; some face walls, others face arid deserts or sub-zero temperatures; migrants flee floods, some flee fires; they are black and white and speak a multitude of languages. And all these intricacies determine the outcome of their survival. In order to fully understand how to deal with these complexities, we need documentation, and their narratives are granted legitimacy only through photojournalism. 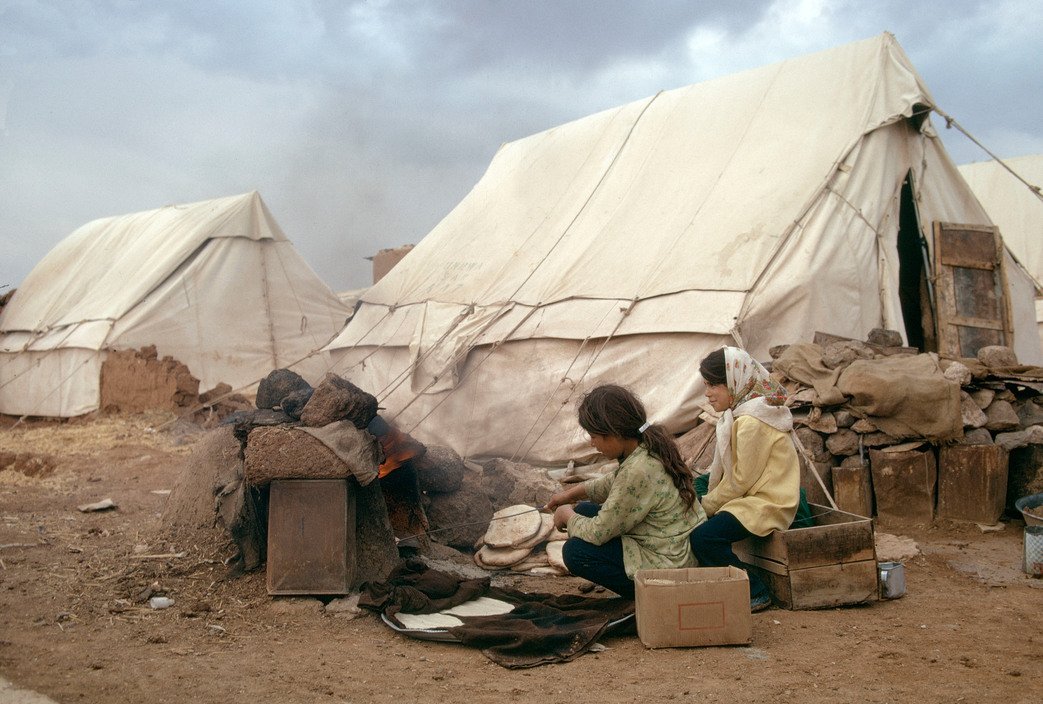 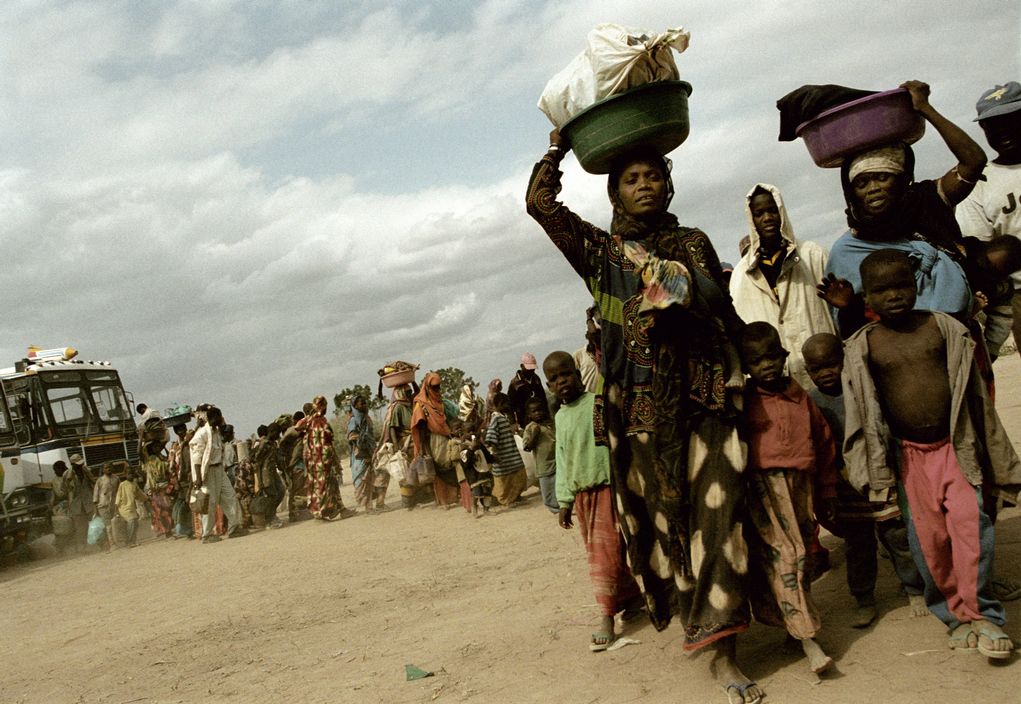 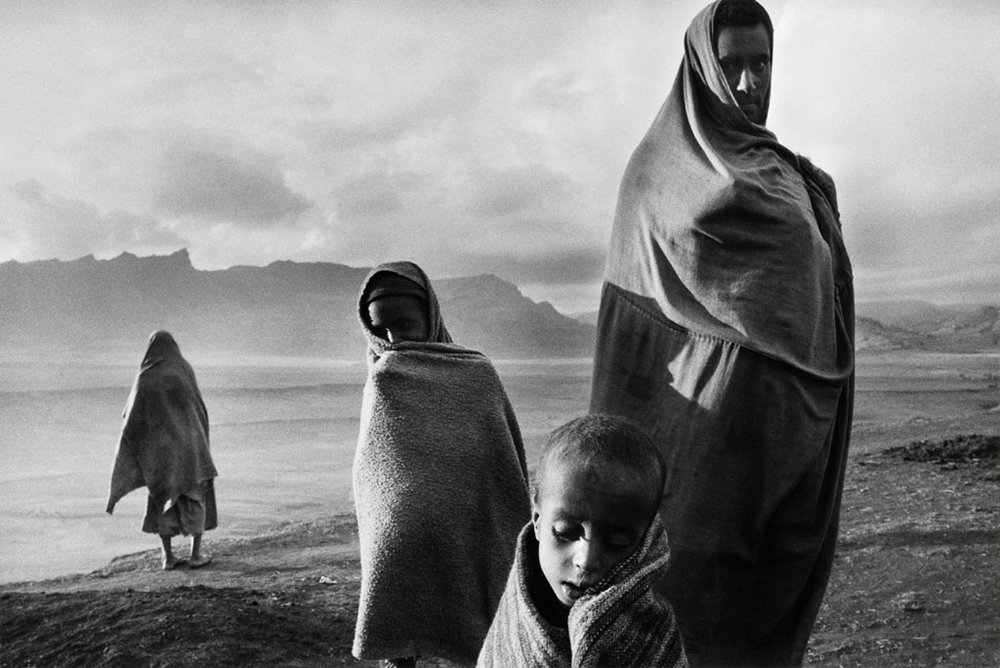 Though the current situation of refugees is fraught with daily tragedies and seems to be at its nadir, at least with regards to the news we read, we cannot ignore the changes that technological advancements have spurred.

Thanks to the advent of social media, governments or the media no longer have the monopoly on the narratives that occur within the borders of their countries. Ideas can now be disseminated almost immediately, and there are more opportunities for individuals to build relationships with strangers across the globe. 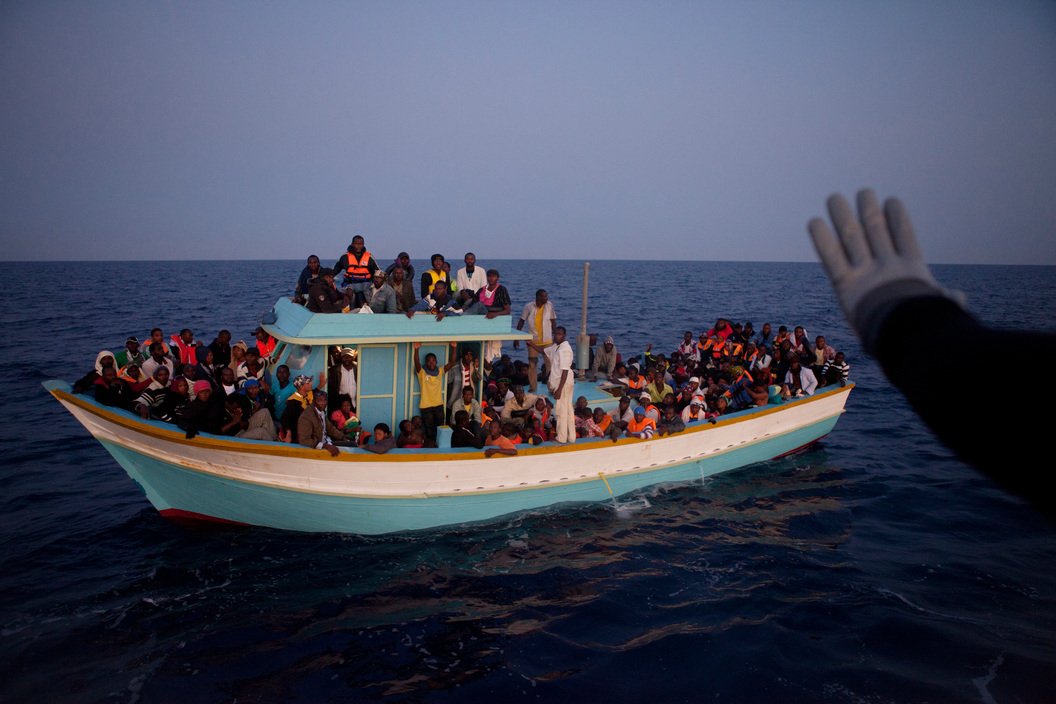 And it is in photography that we remember the faces of these displaced people, that their humanity is given a palpable form. As we strive to progress and eliminate the problems that we ourselves have created, whilst attempting to counter xenophobic rhetoric and policy, history will undoubtedly repeat itself. But in order to understand both the successes and failures of migratory policy, we must first be able to identify them, and that means documenting them.

The testimonies which we record will undoubtedly impact future generations who, no doubt, again will need reminders of the hardships which befell their forebears.