“Why do I see you more clearly when we’re worlds apart?
Is distance itself a kind of love letter?” – Rebecca Norris Webb 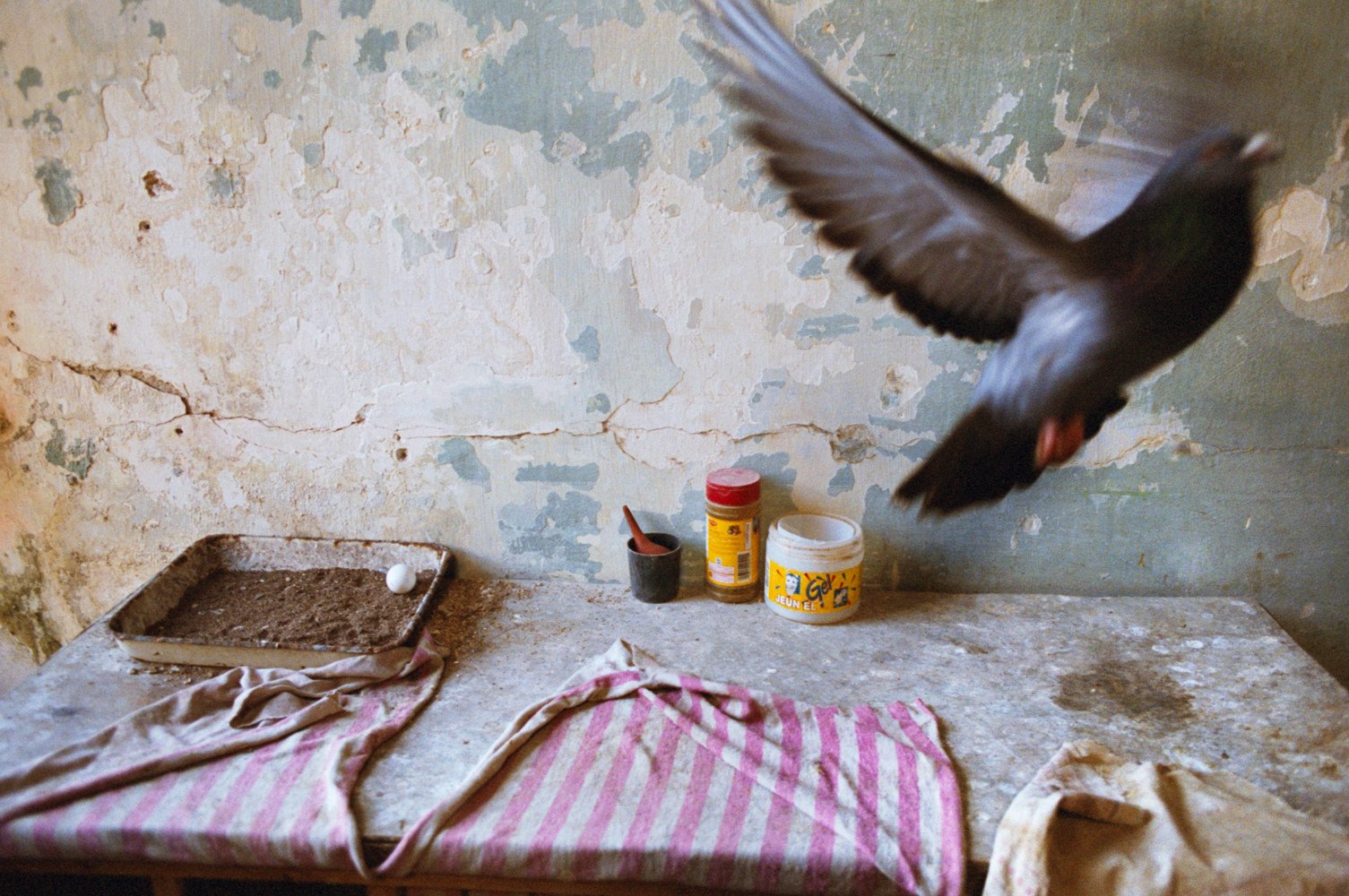 Unlike the first two,
Violet Isle, published in 2008, and Memory City in 2014, which focus on Cuba and Rochester NY, respectively, this book encompasses 80 photographs drawn from their respective bodies of work, depicting a diversity of places, from Mexico, Turkey, and India, as well as Brooklyn, NY their hometown. 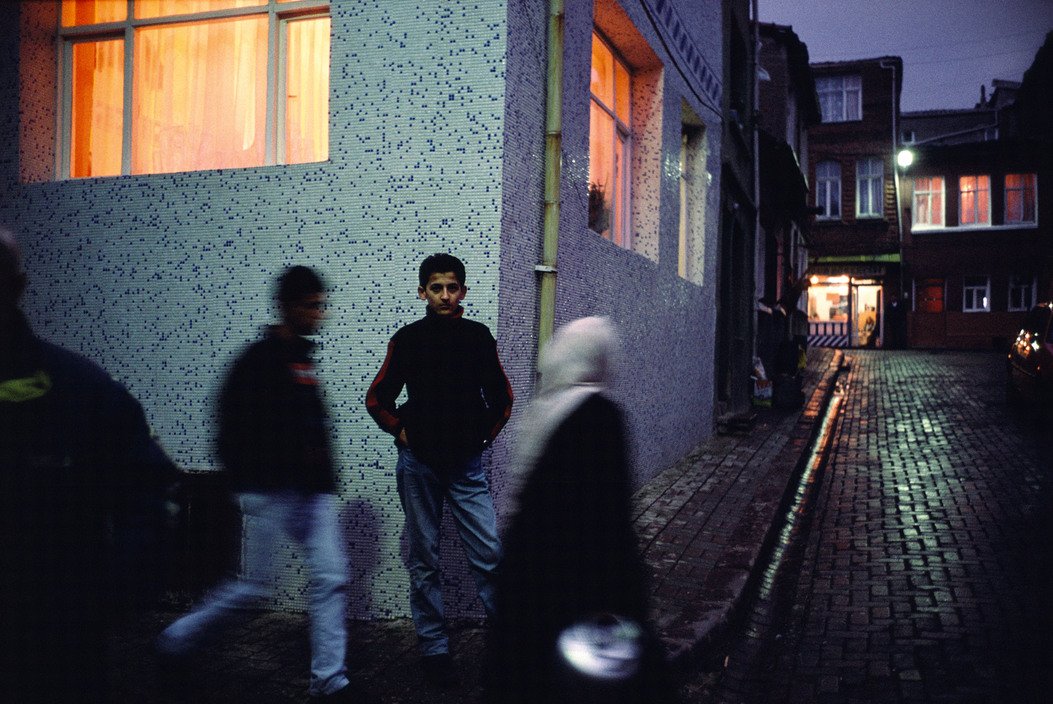 Presented in pairs, one from each photographer, the stunning imagery displays both their individual virtuosity and unique sensibilities. Alex, a renowned photojournalist, street photographer and member of the Magnum Agency, is a master of capturing the decisive moment.

His images invariably feature human subjects and are permeated with visceral energy and movement, whilst in contrast, Rebecca’s subtle depictions are more suggestive, imbued with multi-layered symbolism, and abstruse metaphors. 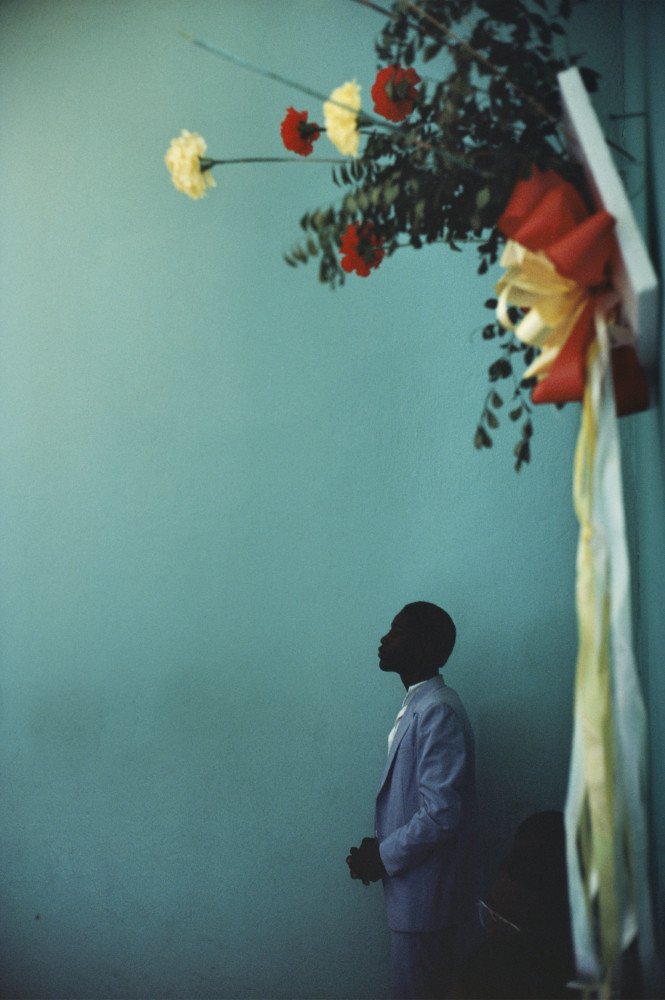 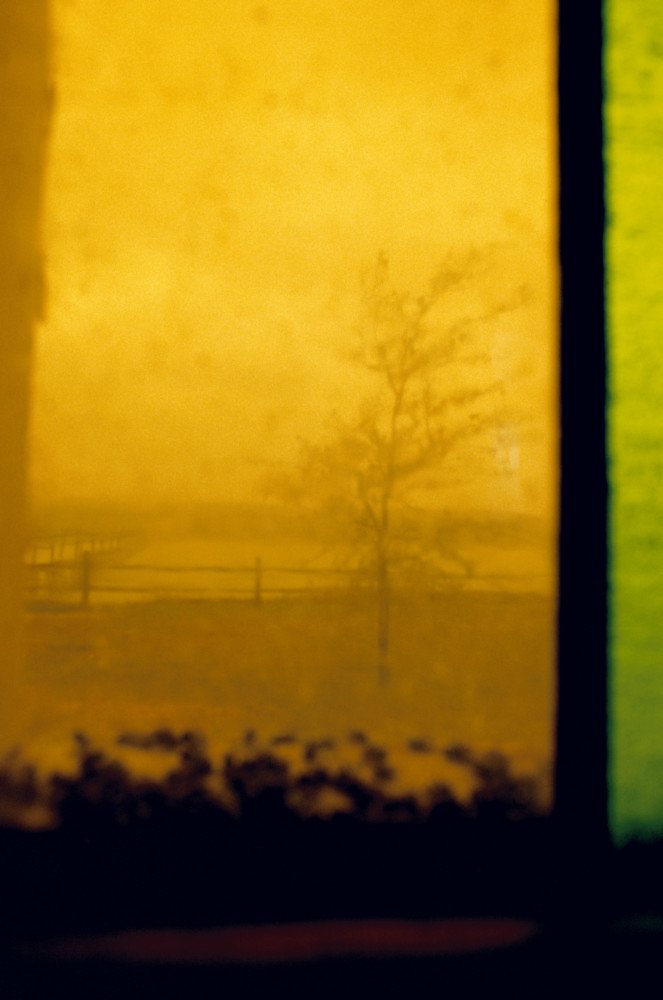 In spite of their divergences, paired images form a visual conversation, ‘rhyming’ with one another in an enigmatic fashion that reflects the book’s title, which refers to the term used in poetry to describe an imperfect rhyme.

Images are at times united in their subject matter: an empty seat on a train carriage in Indiana, resembles another abandoned on an Istanbul street; though invariably the connection is more subtle, a shared palette, or single tone. 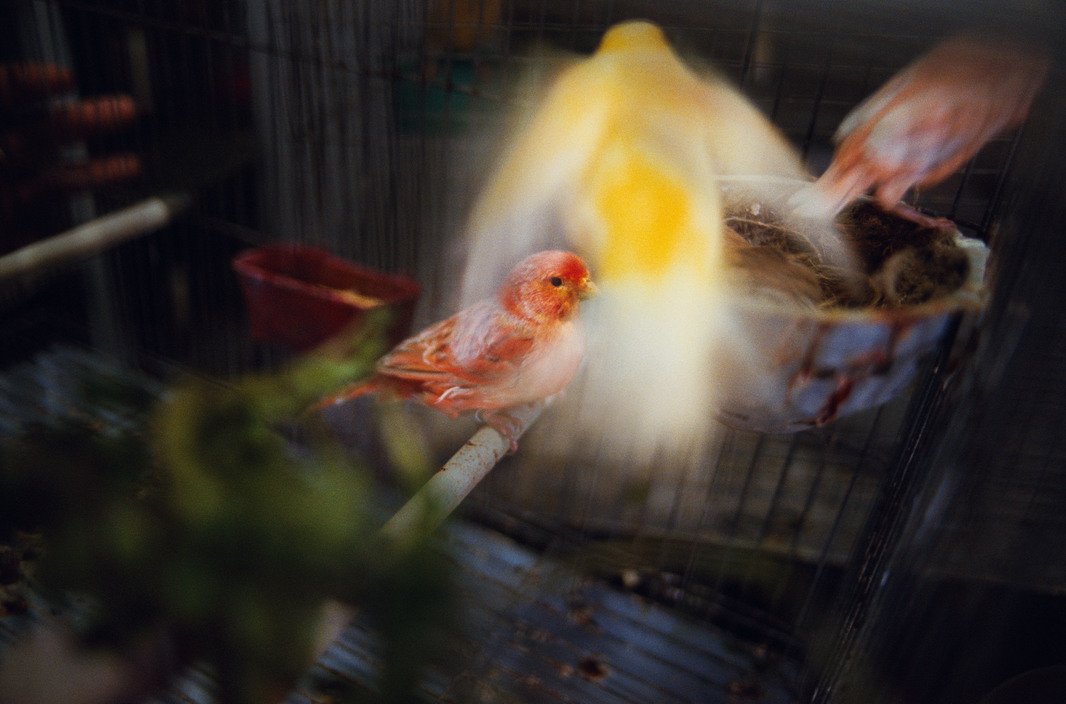 In Havana, Rebecca captures the barely definable shape of a bird as it flashes across her lens, the bright yellow of its feathers mirroring that of the dresses worn by a group of women near Alappuzha in India’s southern state of Kerala. 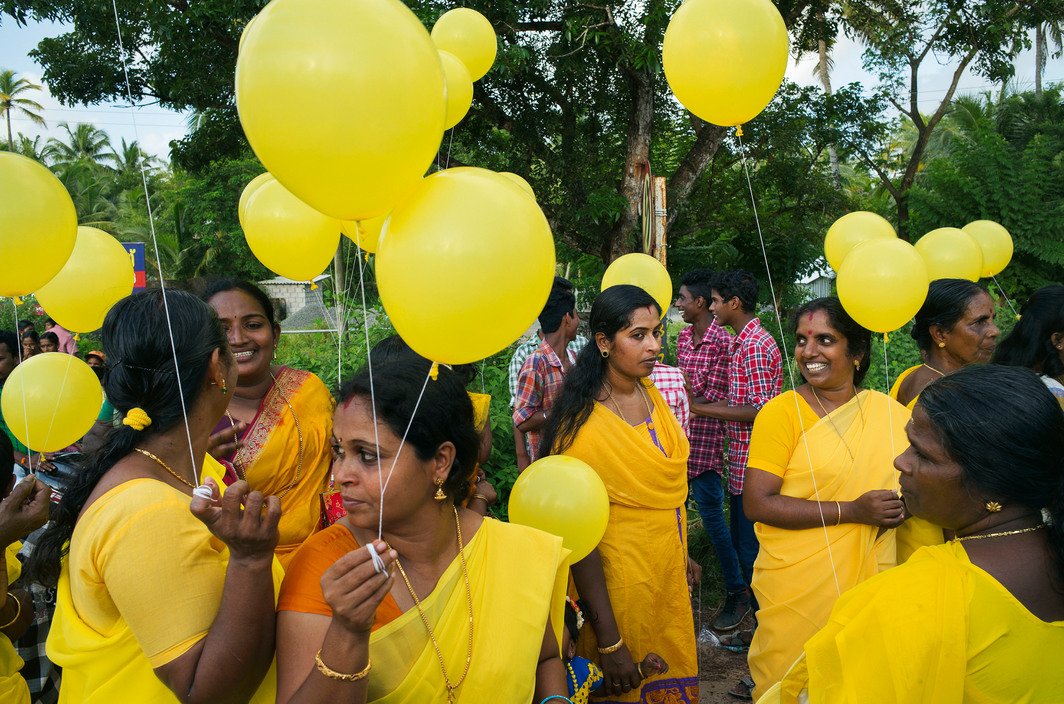 At times, the synchronicity is multilayered, perhaps exemplified most proficiently in Alex’s image of a Cuban man as he bends down to fix an unknown object, his arched frame, mimicking that of arid flowers in one of Rebecca’s many depictions of South Dakota, whilst the muted pastel hues of both scenes are also remarkably similar, indicative of their mutual, and perhaps partially subconscious inspiration. 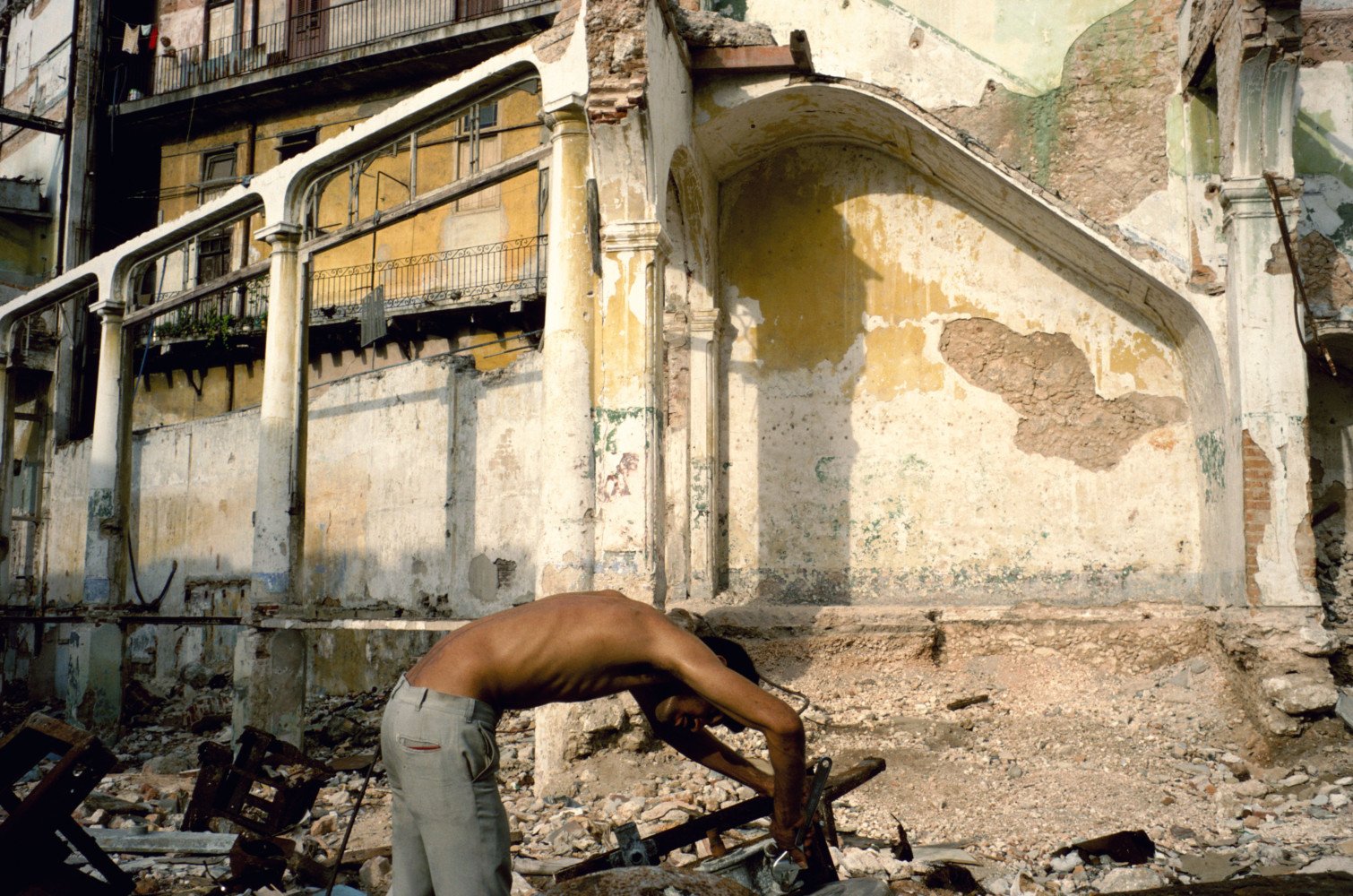 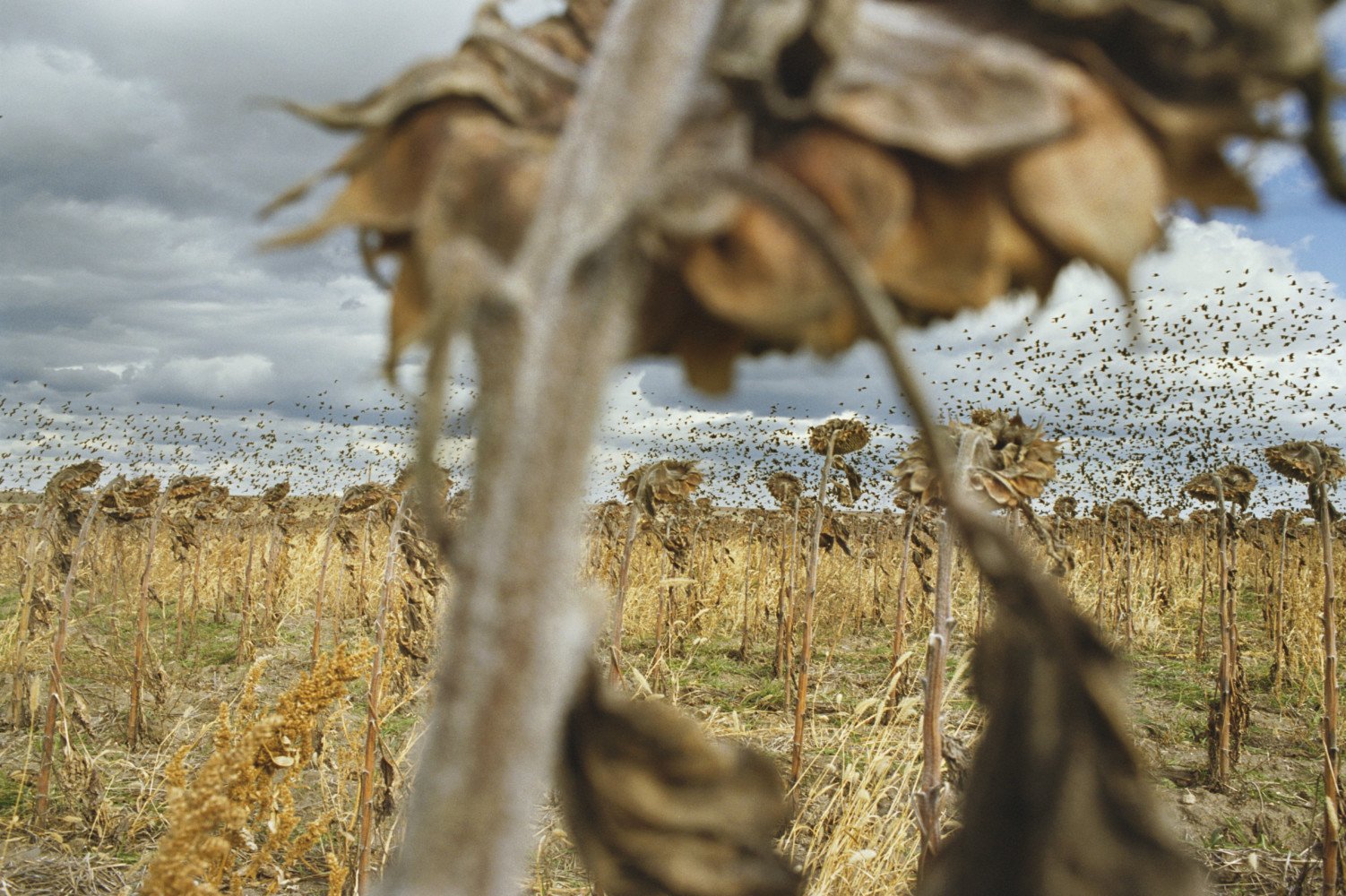 The prose, which intermittently accompanies the images, serves to further enhance the book’s conversational sensibility, thus representing both artists’ deep connection with the written.

As a young poet fresh out of college, Rebecca turned to photography as a stimulus when writer’s block took hold; she discovered reciprocity between the two mediums which she has continued to explore throughout her career; whilst Alex (who majored in literature), hails books as the inspiration behind much of his work. 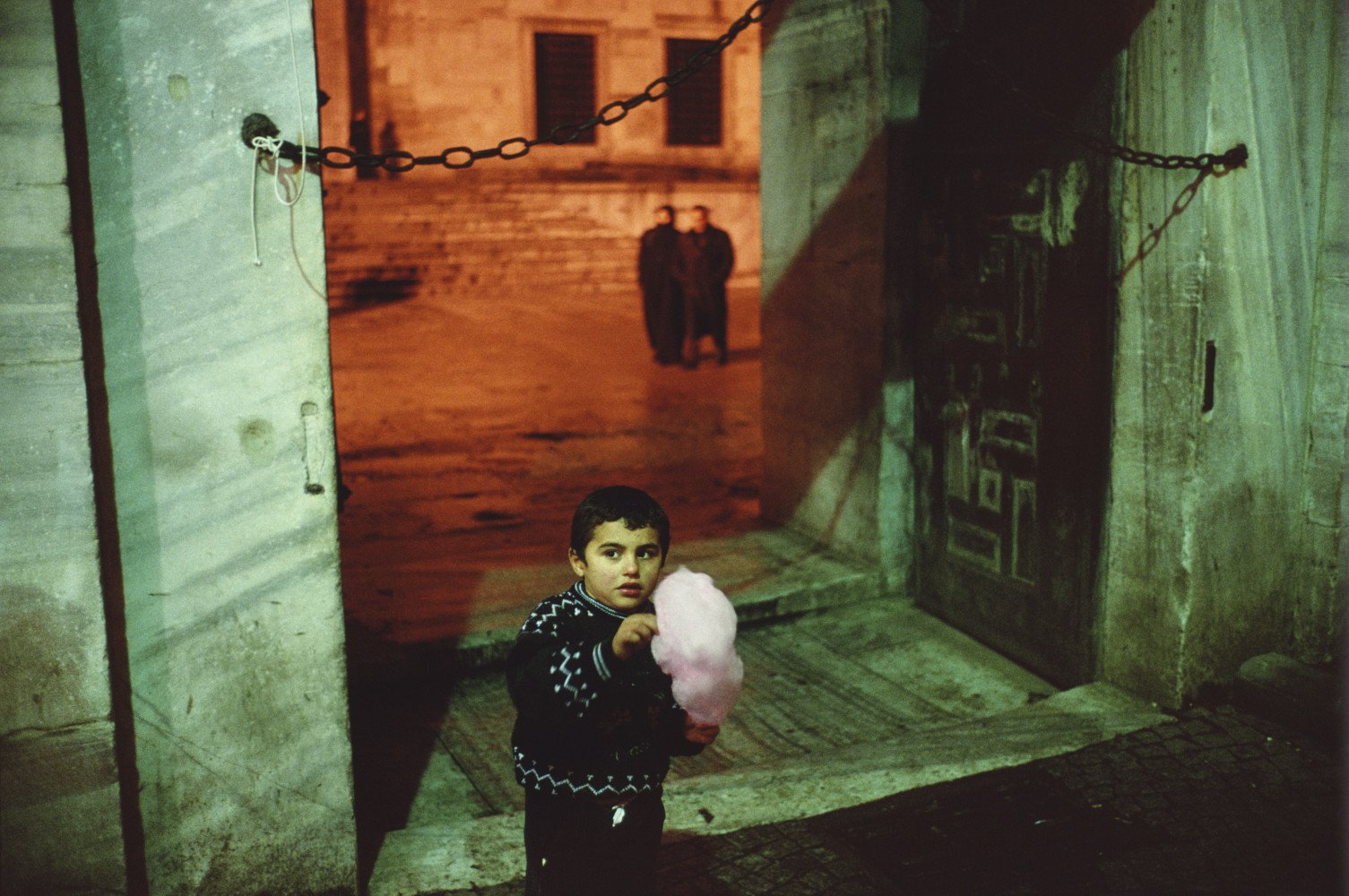 Outside of the Blue Mosque during Ramadan. Istanbul, Turkey 2001 © Alex Webb / Magnum Photos 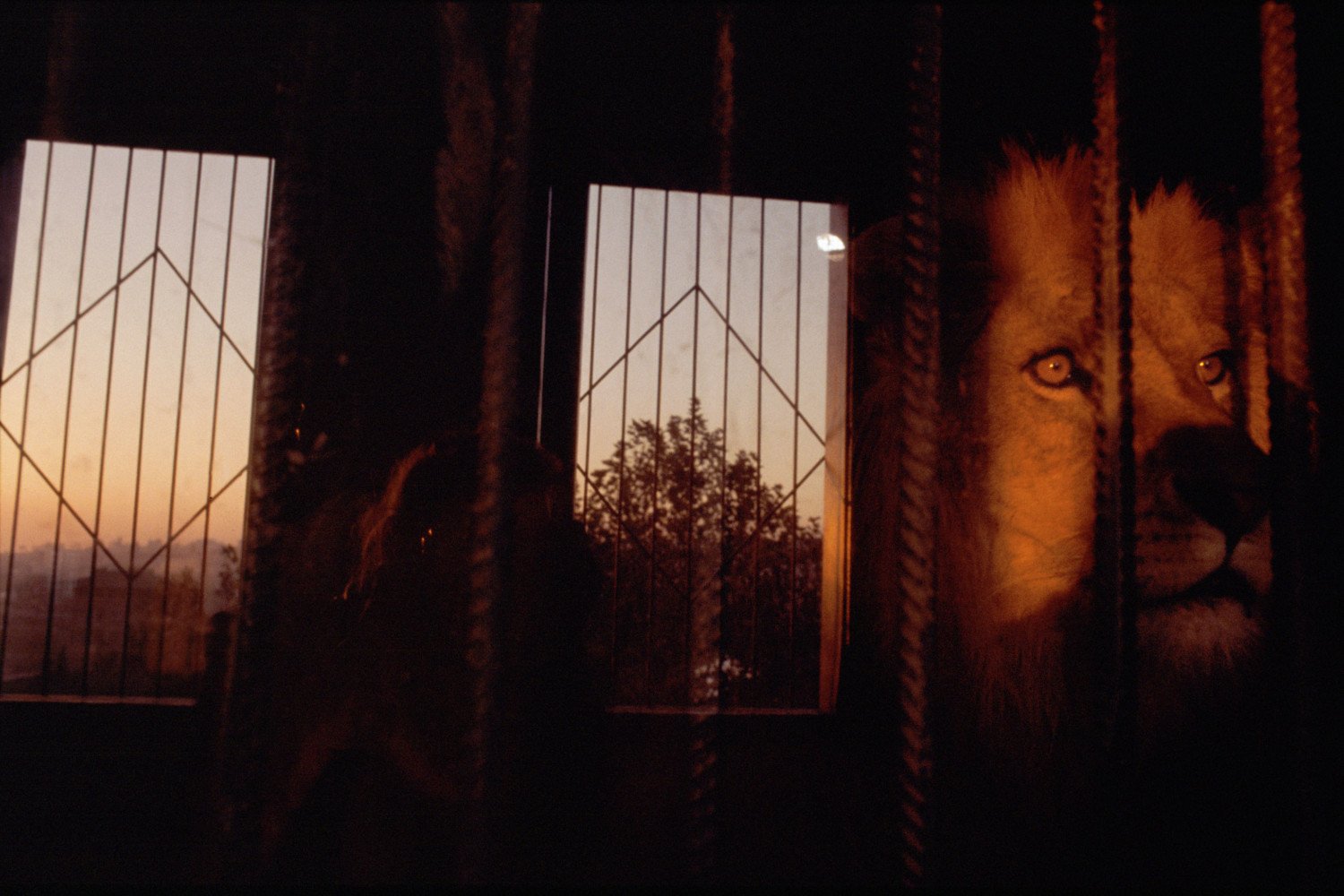 Snapshots of past journeys seem to flash before the readers’ eyes like memories, weaving a myriad of unfinished tales.

Traditional concepts of time and space seem impotent; with events, though often separated both by time and place, sharing an ineffable connection, giving the sense that they are occurring simultaneously: two young boys, their silhouettes partially framed by a rainbow, play amidst a downpour on a Pennsylvania street; in South Dakota, Rebecca captures (through a rain speckled window), the moment ethereal lights pierces dark storm clouds. 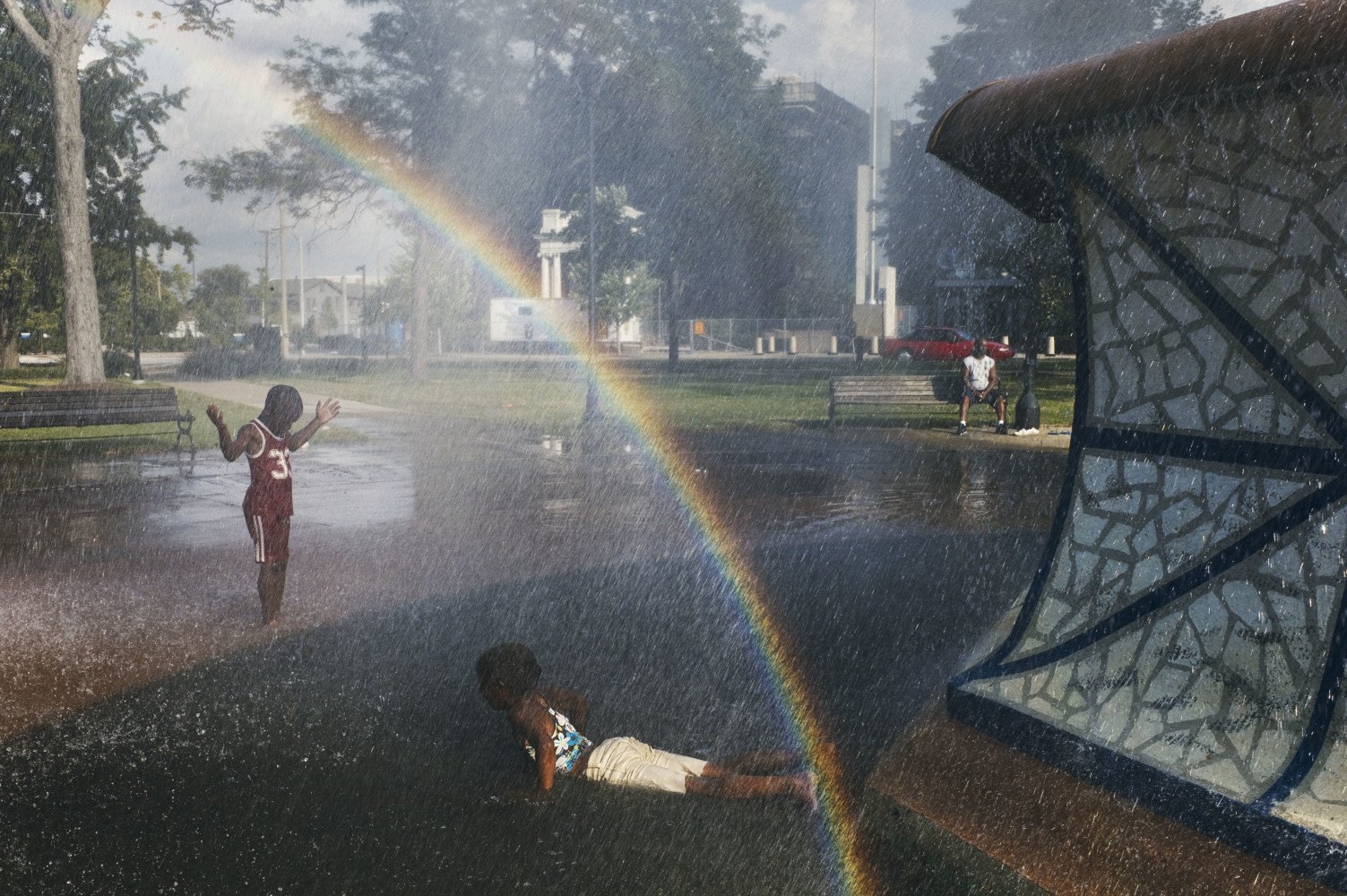 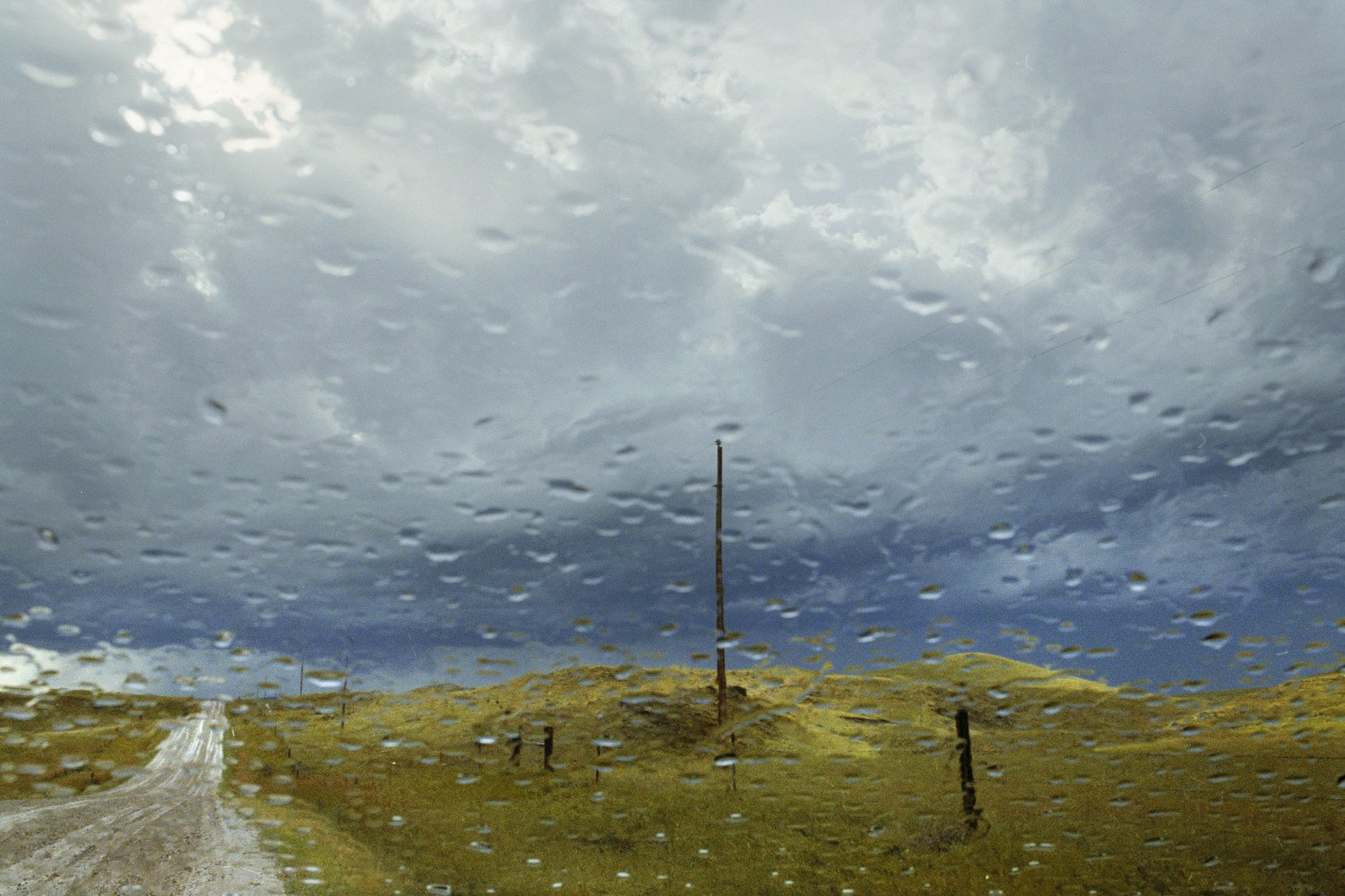 In a recent interview with Magnum, Rebecca described photography and poetry as ‘sister arts’; united in their preoccupation with light and time, the fleeting moment and the resonant image, and also in their power to suggest rather than explain; an assertion which rings true in Slant Rhymes, a masterpiece of visual storytelling, which acts both as a compelling retrospective of their work, and also as a testament to their enduring love.