“The station is a theatre, and everything imaginable happens on its stage.
There is nothing the trains haven’t observed.” – Steve McCurry

True to his obsessive need to document the social landscapes of his time, McCurry, armed with his real passport and his metaphorical one, has helped forge the visual narratives of several countries, but his most iconic images are those of India.

As one of the most distinct voices in modern photography, McCurry’s portrait of the nation features all the varied personalities that make up its social fabric, in their various day-to-day settings. Wandering through cities and towns, McCurry’s iconic travels are visually striking and instantly recognisable. 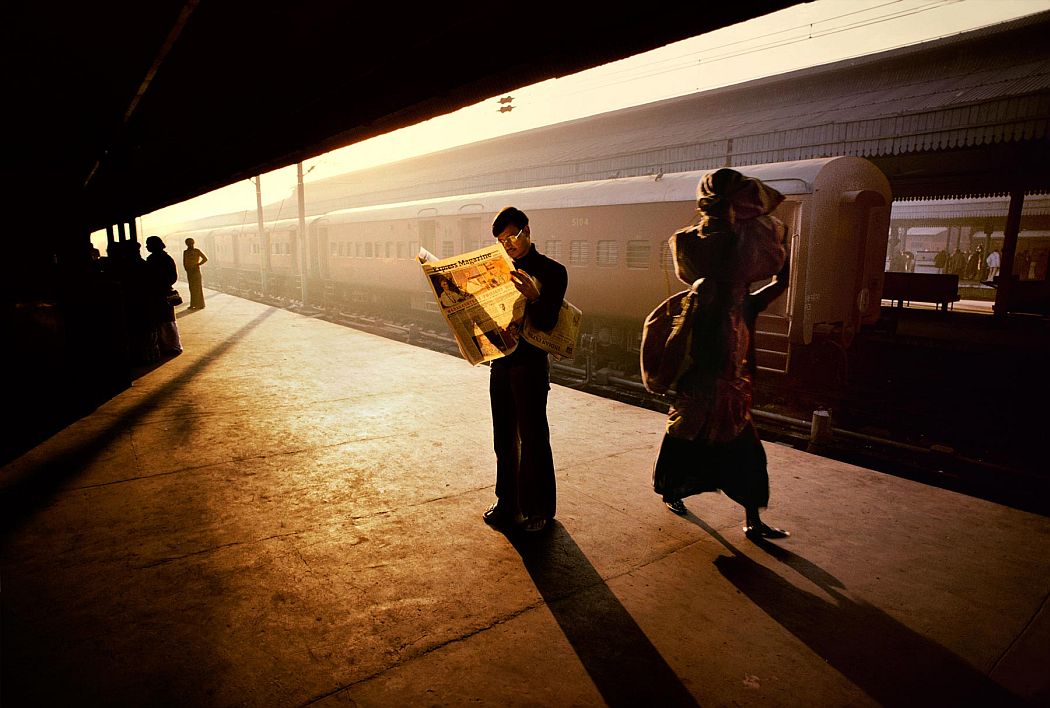 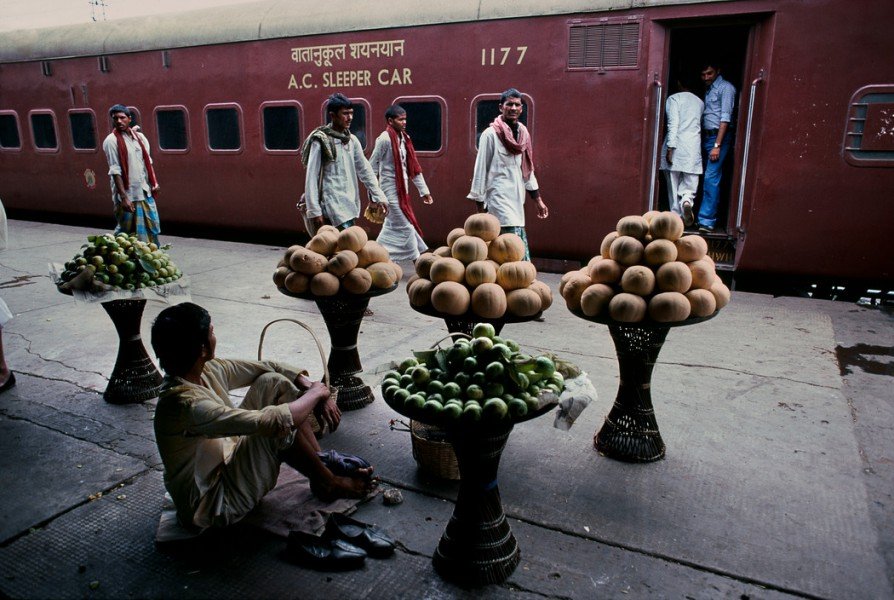 A man sells fruit on a train platform 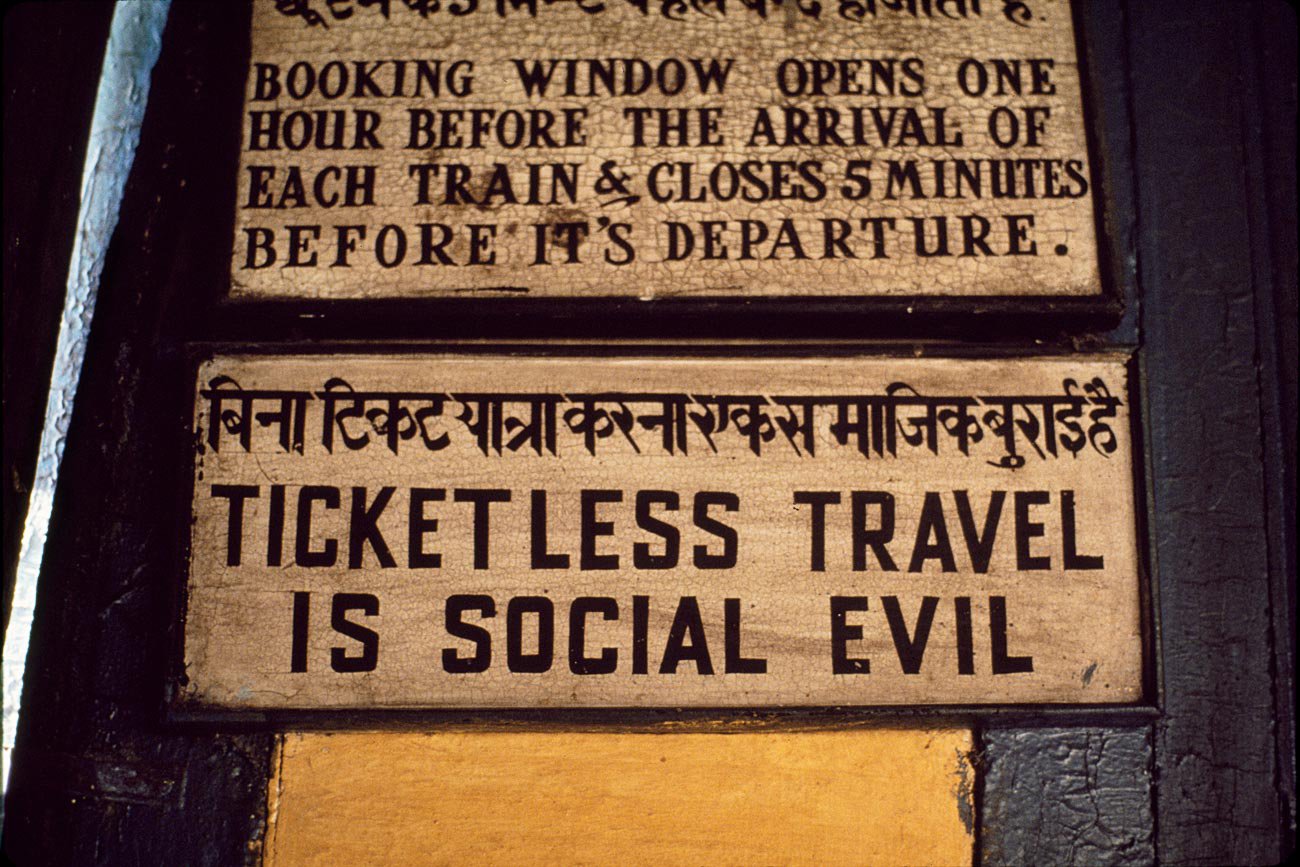 Following in the footsteps of his heroes Henri Cartier-Bresson and Margaret Bourke-White, who had also both shot extensively in India, McCurry stuffed a suitcase full of kodachrome and set out on an unexpected journey that lasted longer than planned “I intended to go for six weeks, but stayed for two years.”

After finishing Paul Theroux’s The Great Railway Bazaar, McCurry’s interest in the Indian Rail Network became so strong that he subsequently undertook a five-month journey from the Khyber Pass in Pakistan, through to northern India to Chittagong in Bangladesh, and then southeast along the network built by the British under colonialism. 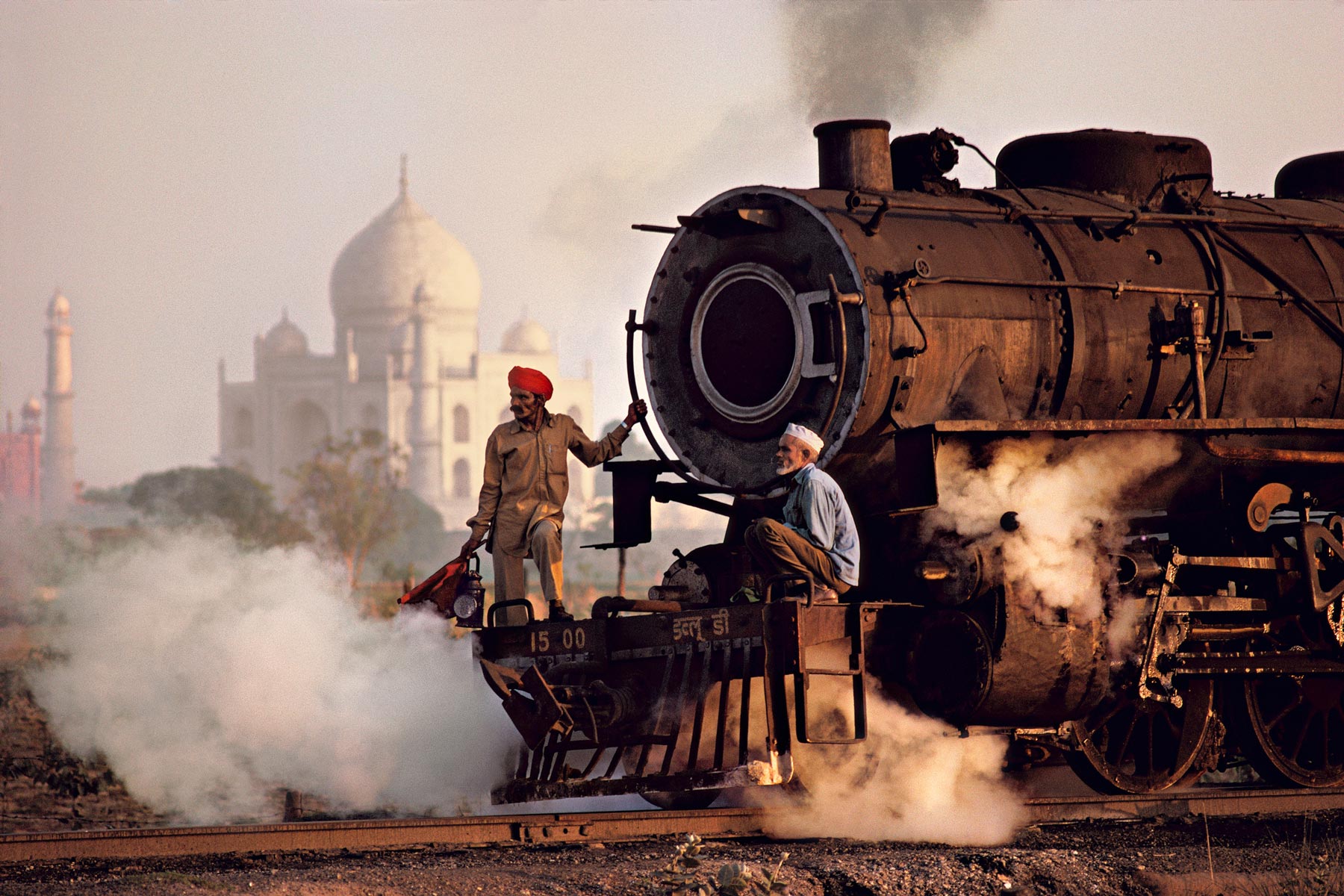 “Trying to tell India’s story in pictures, I spent time in its stations, watching the swirl of life each time a train pulls in. People endlessly wait, they camp out in the stations, goods and services are exchanged. Cha-wallahs ply the carriages with their wares. Cows and monkeys forage for food. The entrance halls reverberate as passengers compete for tickets-the clamor of crowds is a constant assault on the senses.” 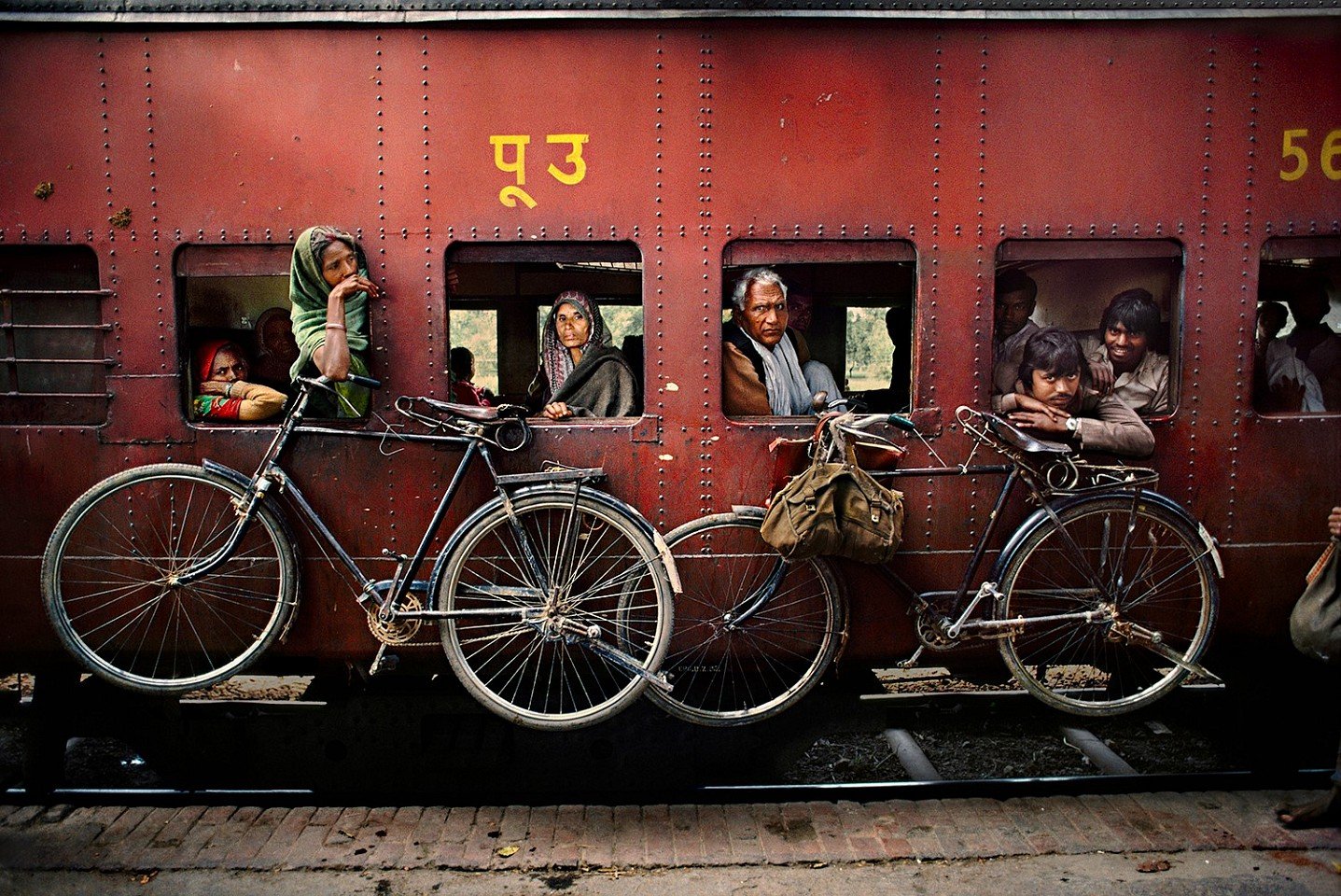 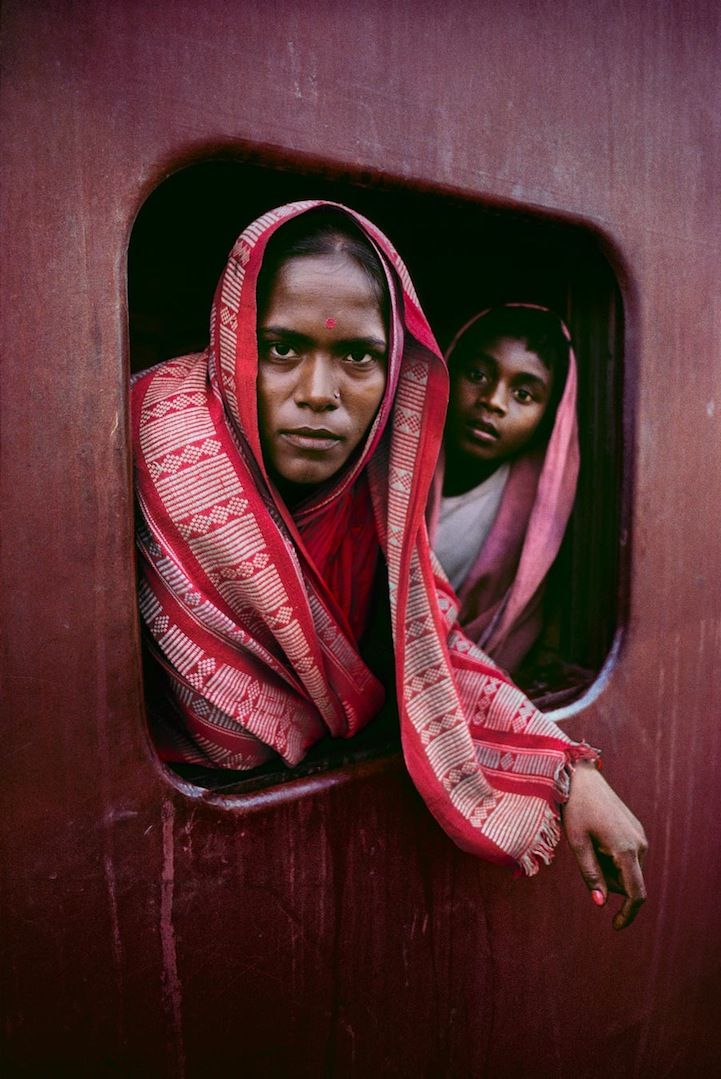 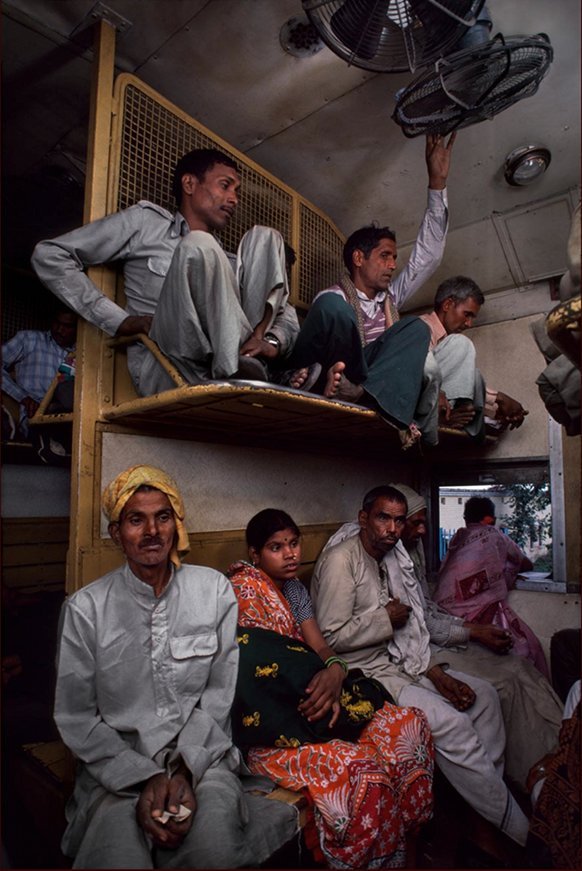 A capsule of a country in transit, McCurry’s portrait of the beautiful old trains, and the people who frequent them are glazed in the hues of golden hour, a time of comings and goings, as the light descends into dusk. These images are full of silhouettes and heavy shadows, and, of course, McCurry’s signature saturated palette.

McCurry recognised the steam train as an important visual trope of Indian culture. Suggesting a continuity between past and present, and working as a reminder of a time when the Indian empire collided with colonial industrialisation, these images subtly speak of the nation’s history, without being polemic. 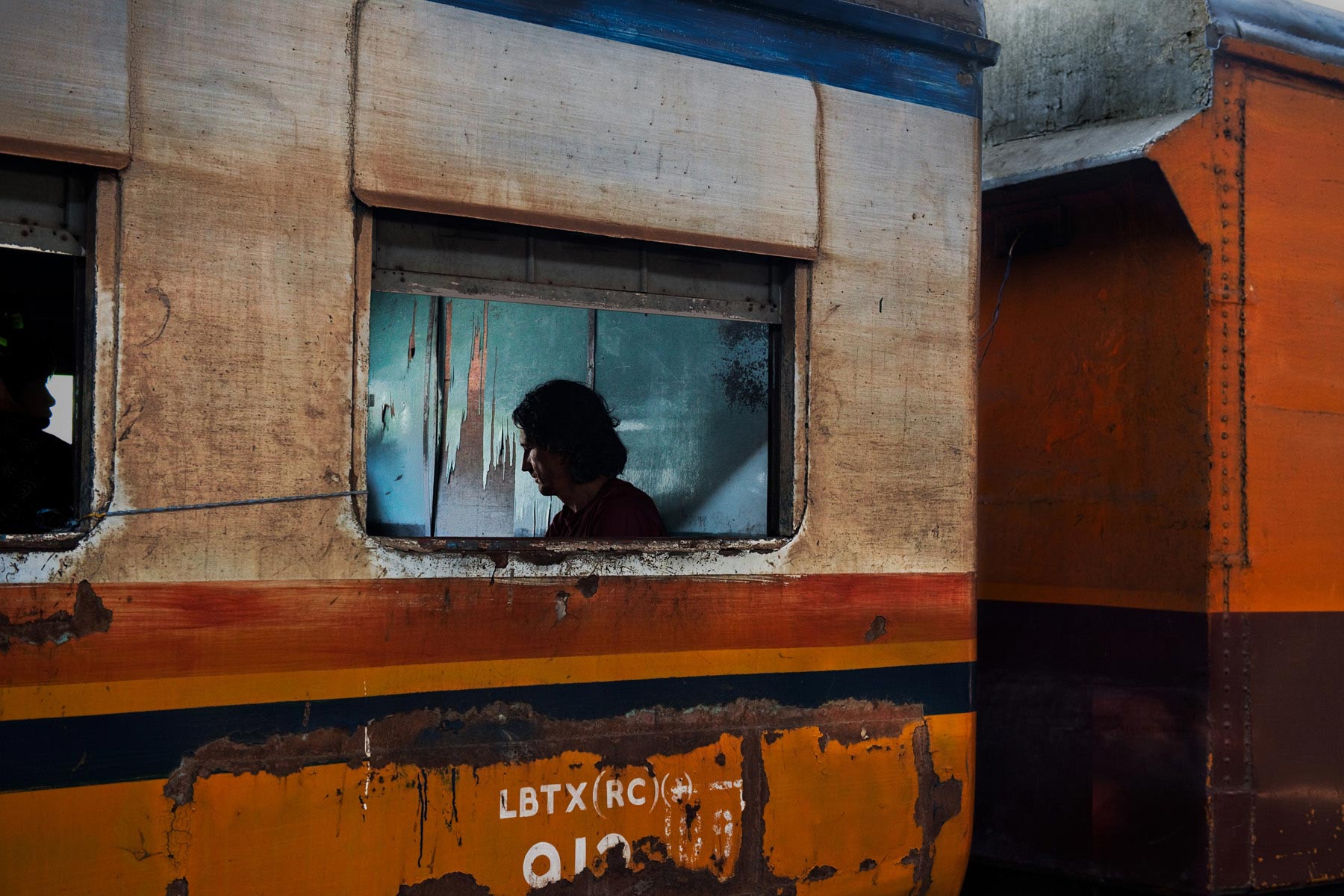 Each character captured in his frame retains their quiet anonymity, as though the trains and stations are the protagonists of his narrative. McCurry describes his ultimate fascination with these trains, and the moment they anthropomorphise in his perspective: “When the train pulls into the station there is a mad dash of humanity.” 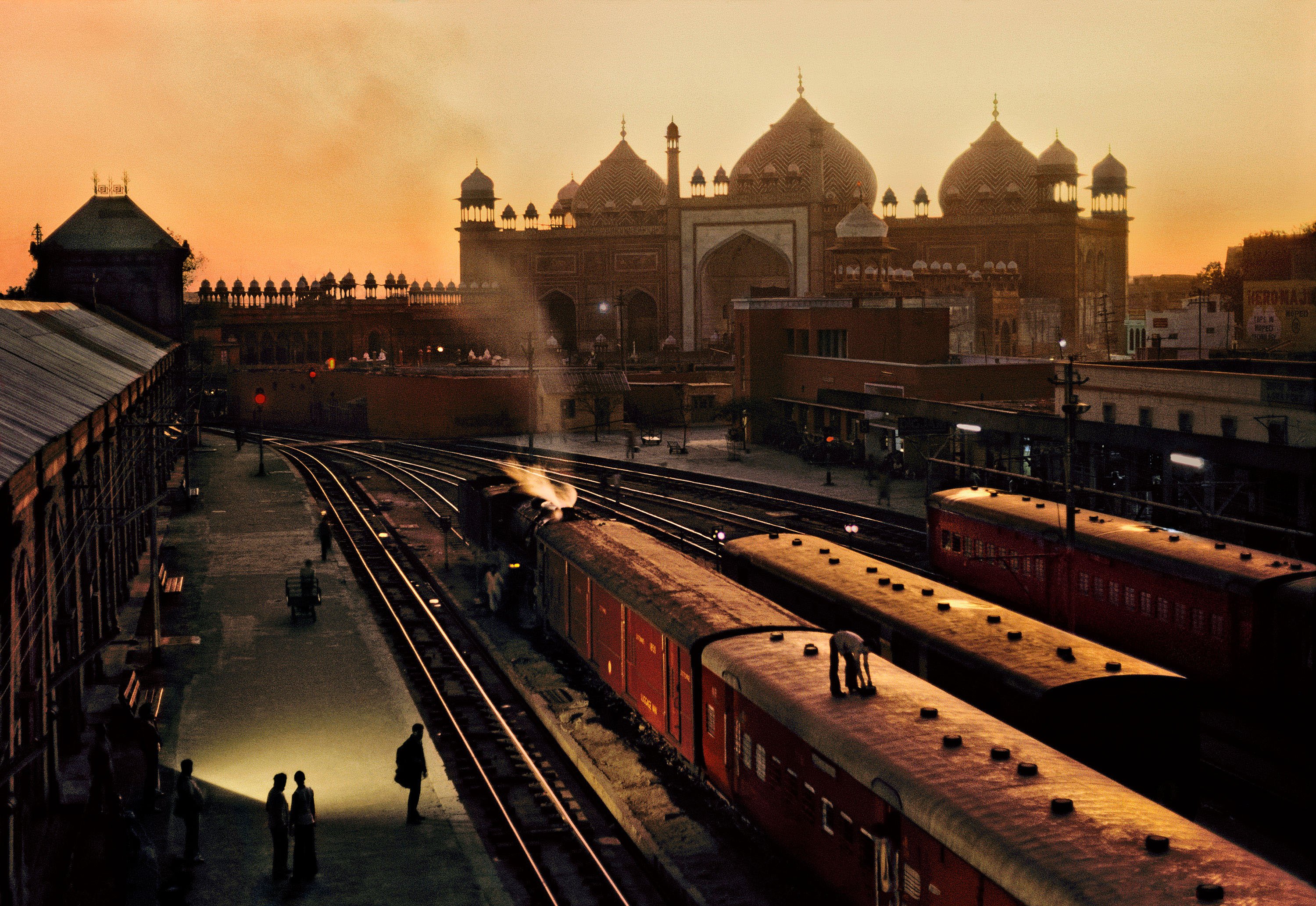 McCurry’s unique ability to get close and personal to people from different cultures and his deep and long-lasting relationship with India results in these meditative images with a beautiful palette, the light almost palpable.

“My life is shaped by the urgent need to wander and observe,
and my camera is my passport.”