From renowned voices such as Nan Goldin and Susan Meiselas to the unbelievably fierce Gerda Taro, women have immensely contributed to photography as we know it today.

All artists, regardless of gender, are attempting to shape an audience’s perspective on the human experience. But these pioneering female photographers have helped shape collective understanding of female rights and challenges, drawing from life or reproducing metaphorical scenarios to do so. 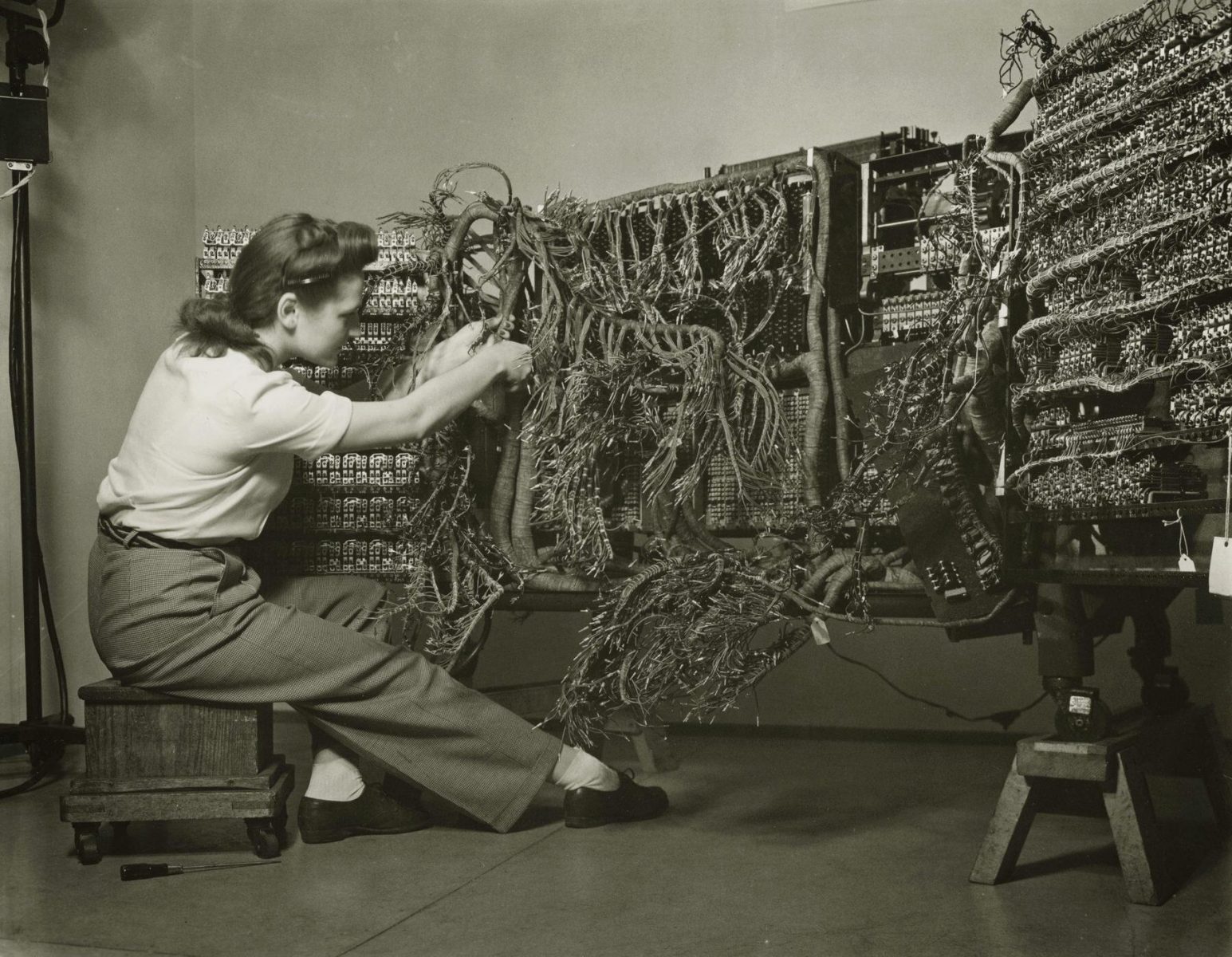 Photography, a young medium compared to its artistic counterparts, has been a field in which women have exhibited extraordinary prowess in the 20th century, one in which the patriarchal standards applicable to most areas of work didn’t seem to matter so much.

Perhaps because photography itself is such a “young” artistic medium, one which became popular at the turn of the 20th century, and one which was not considered a credible art form until fairly recently, which was born just as gender roles began to get re-examined. 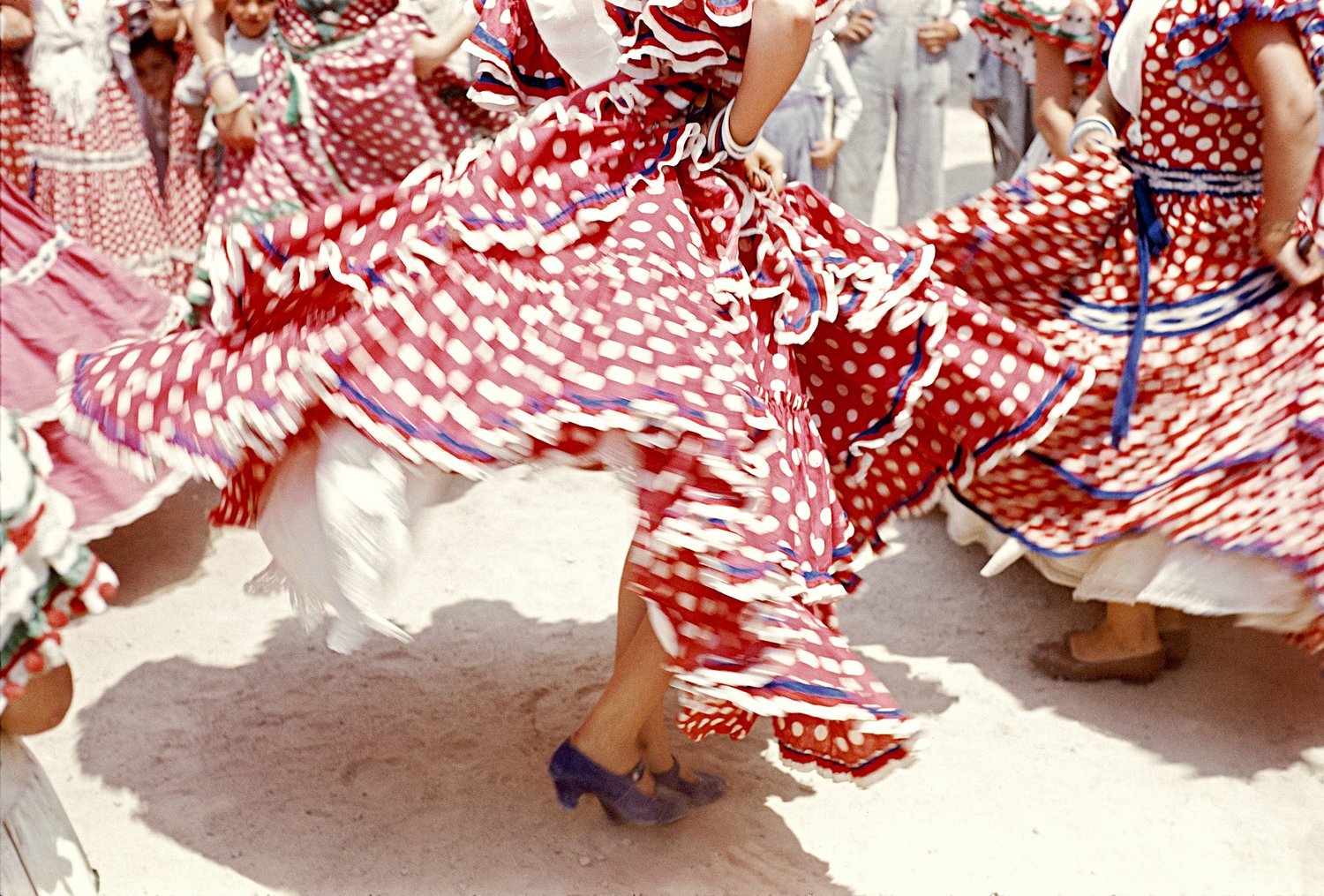 These exemplary women, experienced and opposed multiple forms of social and political oppression beyond gender, offering critical, political and imagined perspectives on various radical and marginalized communities. Exposing the atrocities of war, documenting revolutions as they unfolded, and even bringing to light the epidemic of domestic abuse or drug-addiction within people’s private homes, on countless occasions these women have exhibited the courage and empathy to rival their male counterparts. 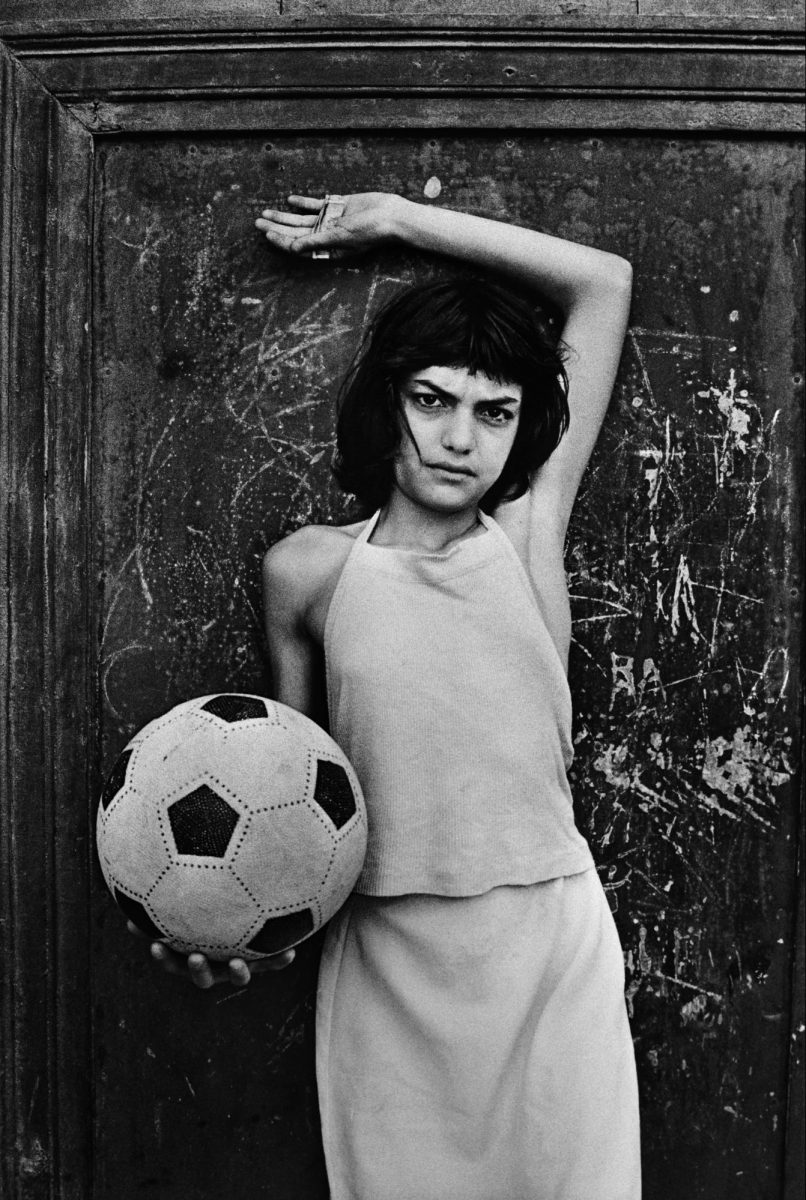 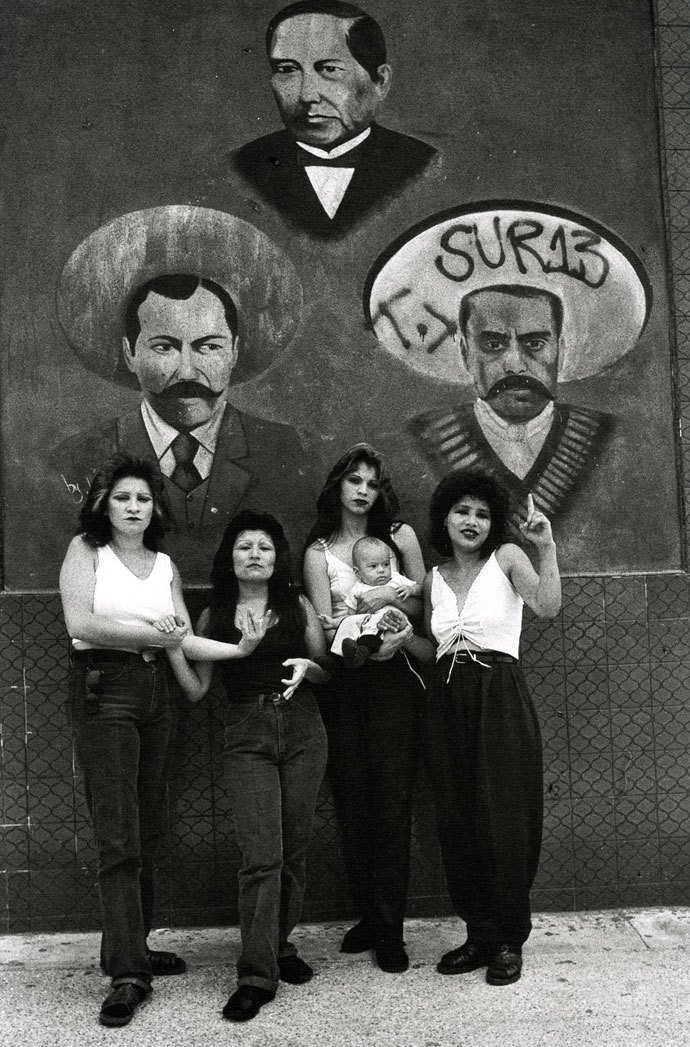 War, for example, was always considered to be a masculine phenomenon, no place for a woman. Indeed, until the last few decades, only men were soldiers and politicians, and largely dictated the way the world was run. We remember the atrocities of modern warfare through the eyes of the great war photographers and photojournalists such as Don McCullin and Robert Capa, courageous men who helped bring to light the horrors befalling humanity in the 20th century. But, just as there were brave male photographers on the frontlines, there were also women shooting behind the scenes. Two standout names are Margaret Bourke-White and Gerda Taro. 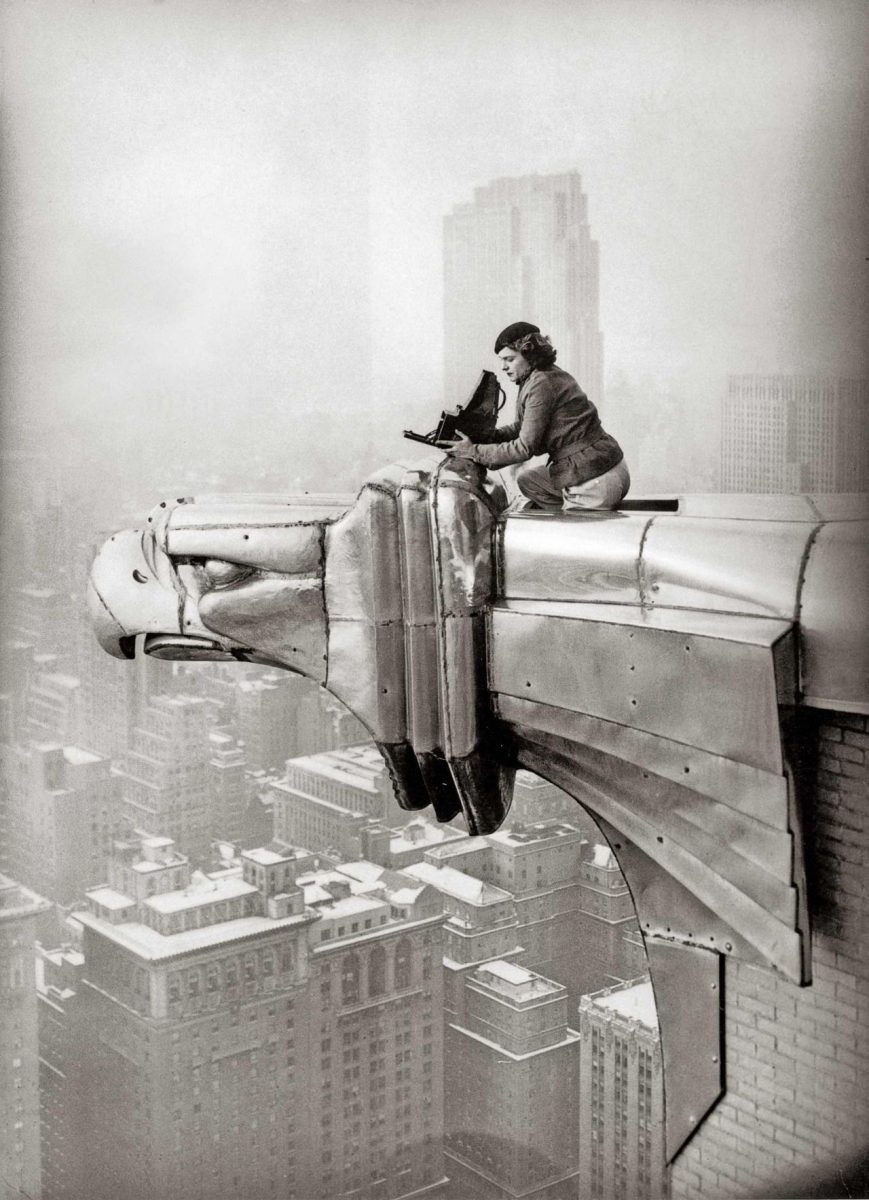 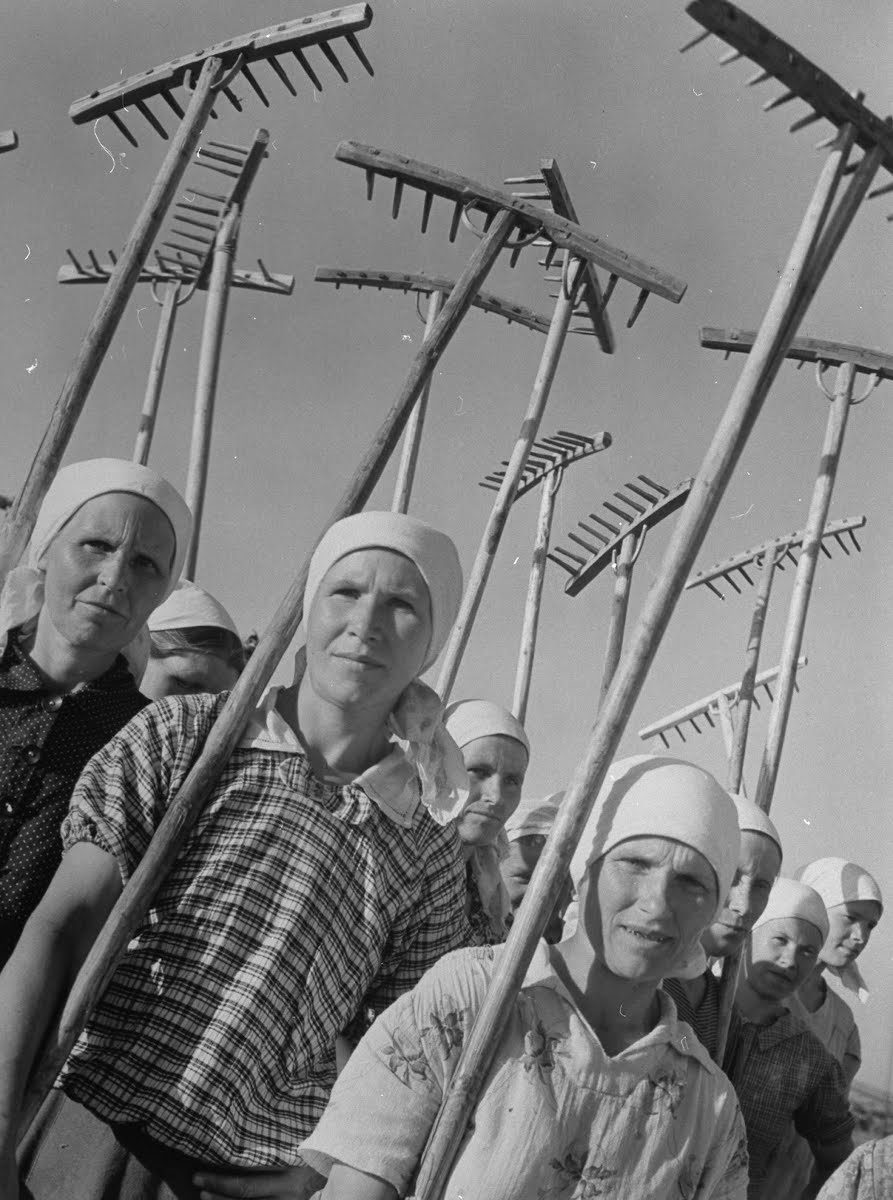 Bourke-White took up photography as a hobby whilst attending university, but quickly developed a passion for the medium and was noticed by Fortune magazine who commissioned her to work on the story of an Iron Manufacturer in Germany. Then, throughout the 1930’s, Bourke-White was sent on assignment in Germany and the Soviet Union. In this time she redefined her style, introducing people and social issues into her oeuvre, and weaving in a compassionate and humanistic approach.

As WWII broke out, Life commissioned her to work directly with the U.S. armed forces. Whilst she was crossing the Atlantic Ocean to Africa, her ship was torpedoed and sunk, but Bourke-White survived and went on to cover the struggle of the Allied infantrymen in the Italian campaign. She also covered the siege of Moscow, and later her photographs of the emaciated inmates of concentration camps shocked the world. 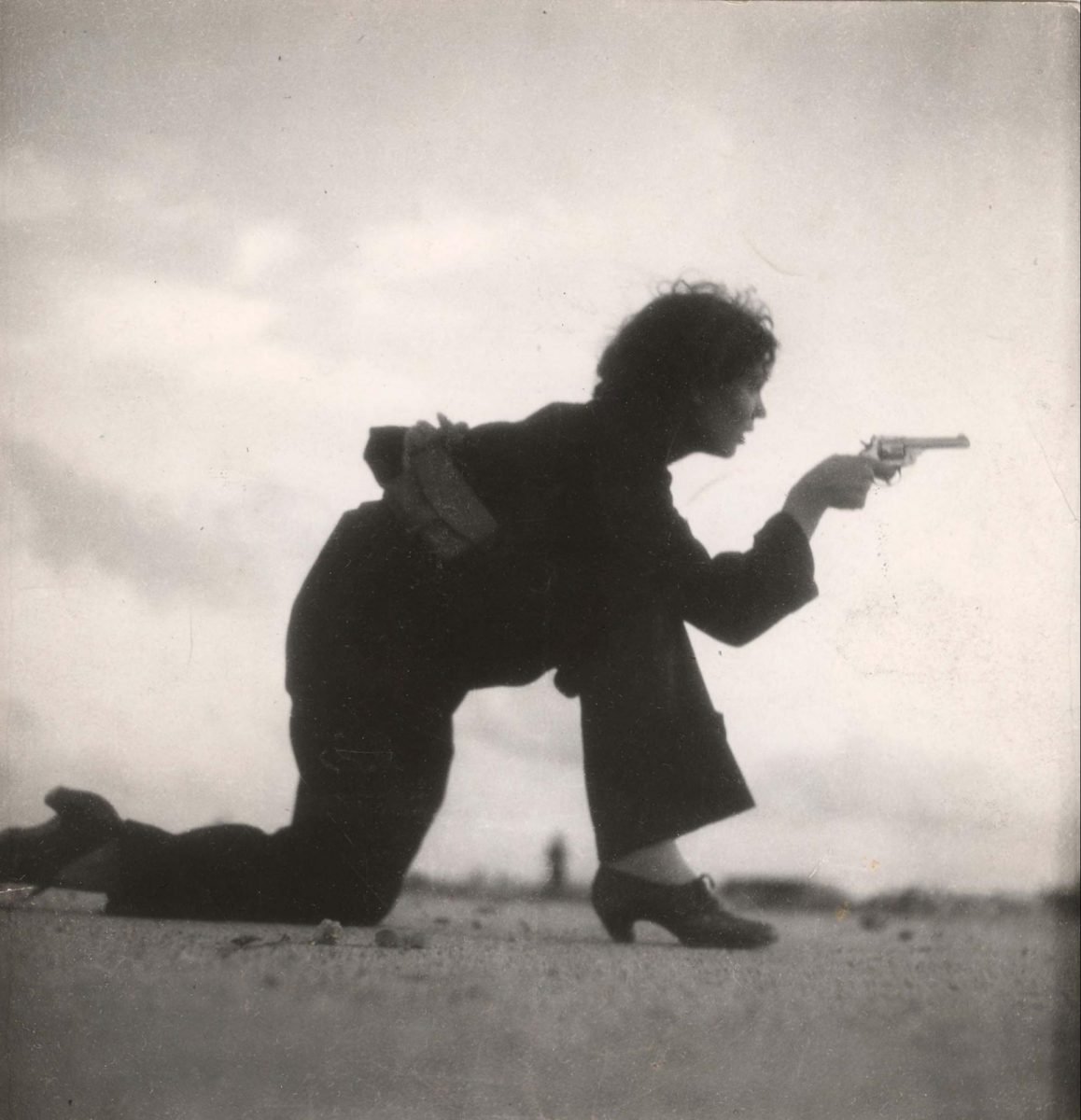 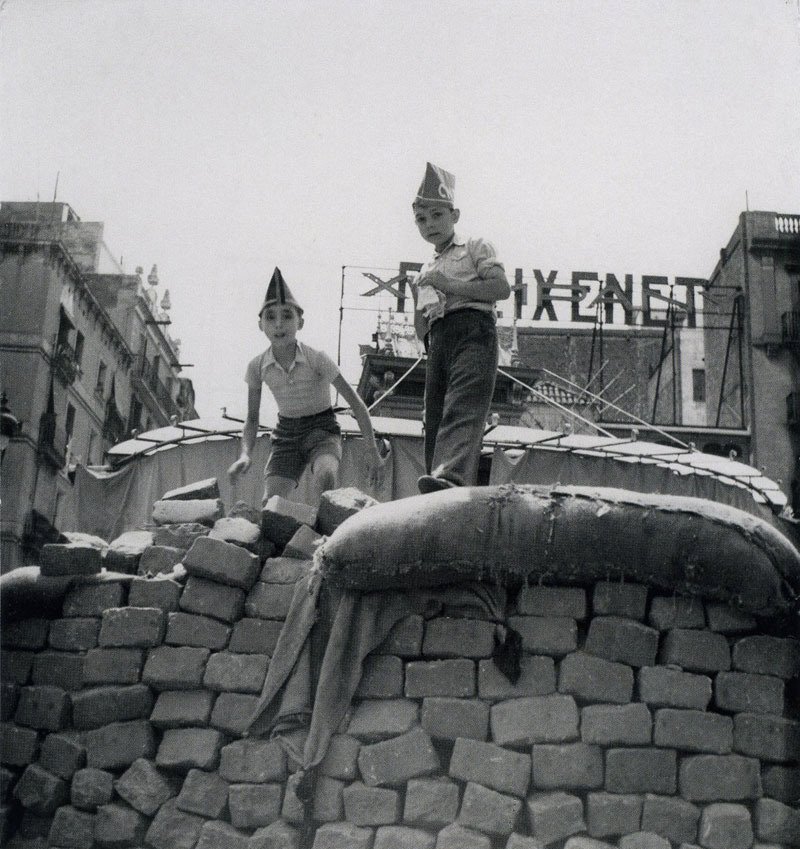 Barcelona at the outbreak of war, Barcelona, 1936 © Gerda Taro

Taro, like Bourke-White, was not going to allow the fact that she was a woman in a warzone keep her away from a good photograph. Taro, the pseudonym of Gerda Pohorylle, helped invent the name Robert Capa, literally, the name was created as a pseudonym for Endre Friedmann who then came to earn the fame the name had made.

However, it is largely forgotten that many of Capa’s photographs of the Spanish Civil war were shot by Taro. Her name has now faded into obscurity, not least because of her untimely death on the frontlines, but also as many of the photos she shot alongside Capa were lost for years, and then, once re-discovered, attributed to his name. 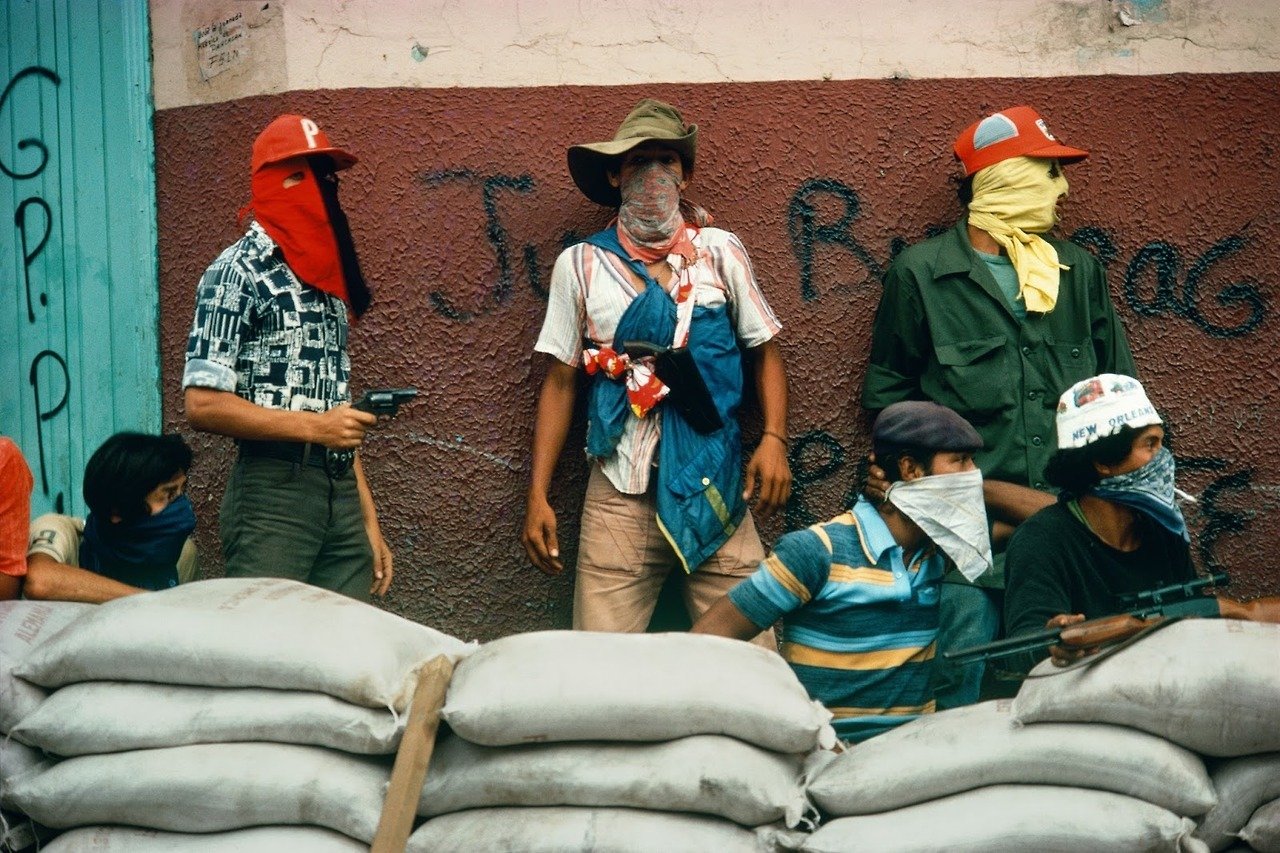 Women were just as present in many of the 20th century’s most tumultuous uprisings as men, and likewise, rebelling against governments, leading guerrilla movements and shooting the photos that would come to define these struggles. Susan Meiselas’ groundbreaking photography charts the Nicaraguan Revolution as it unfolded in the streets in 1979, and is a powerful, up close testament to the bravery of civilians. The work made in this period defined her as one of the most courageous and conscientious photographers of her era.

Likewise, Tina Modotti’s work is an elegy to the Mexican Revolution, though she tells it through poetic interpretations of workers tropes and symbology. Though born in Italy, her life and work were strongly marked by the time she spent in Mexico, and her relationship to Mexican culture. She created an important visual archive of the culture and politics of the country in the aftermath of its revolution. 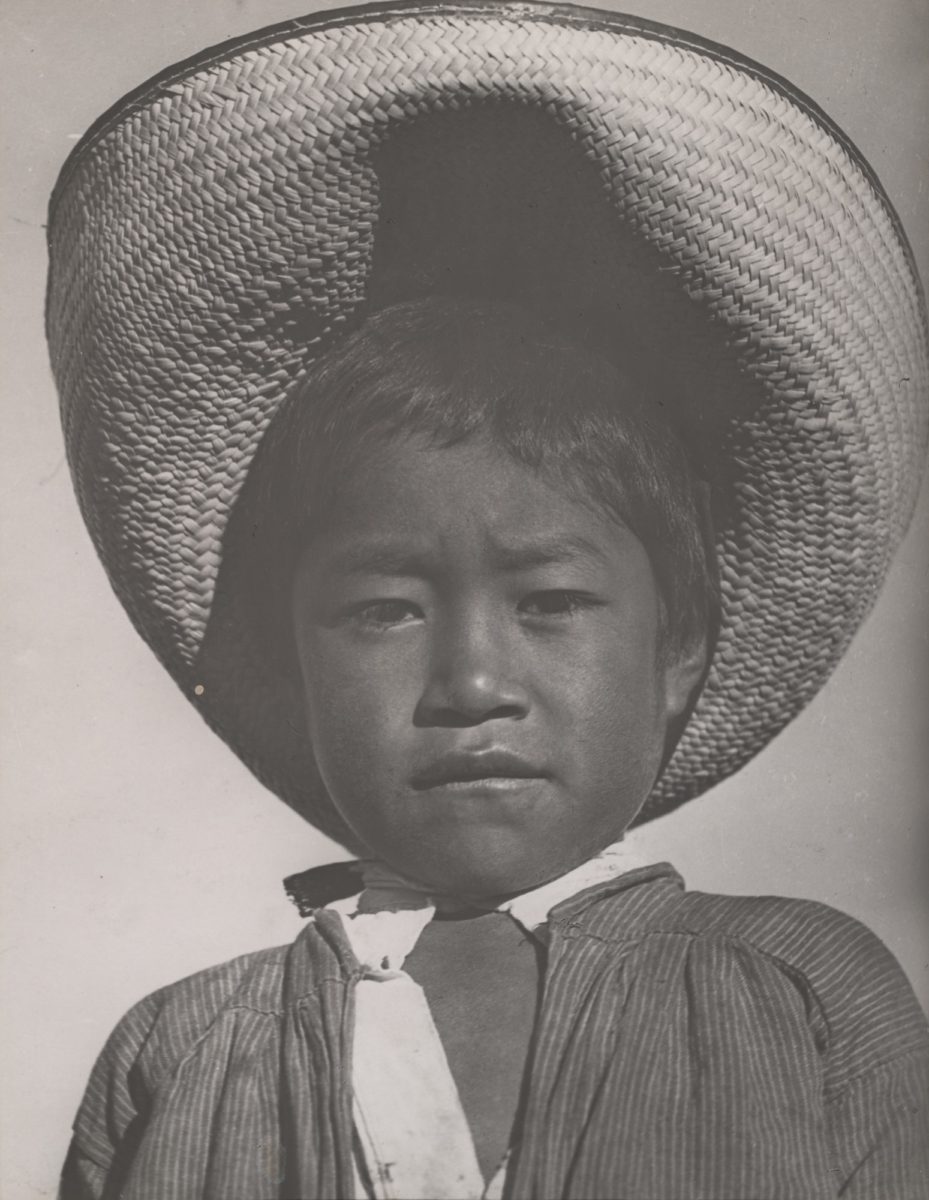 Many of these pioneering women photographers have chosen not to focus on sensationalist stories, but instead turned their lenses on marginalised communities or the disenfranchised.

Two good examples are Mary Ellen Mark and Diane Arbus whose work helped highlight the inequalities and prejudices of modern society. Mary Ellen Mark’s seminal project Streetwise, about children living on the streets of the USA, is a heartbreaking exploration of the struggle for survival in a cruel world, and inspired NGOs, Charities and government organisations to help combat the epidemic. 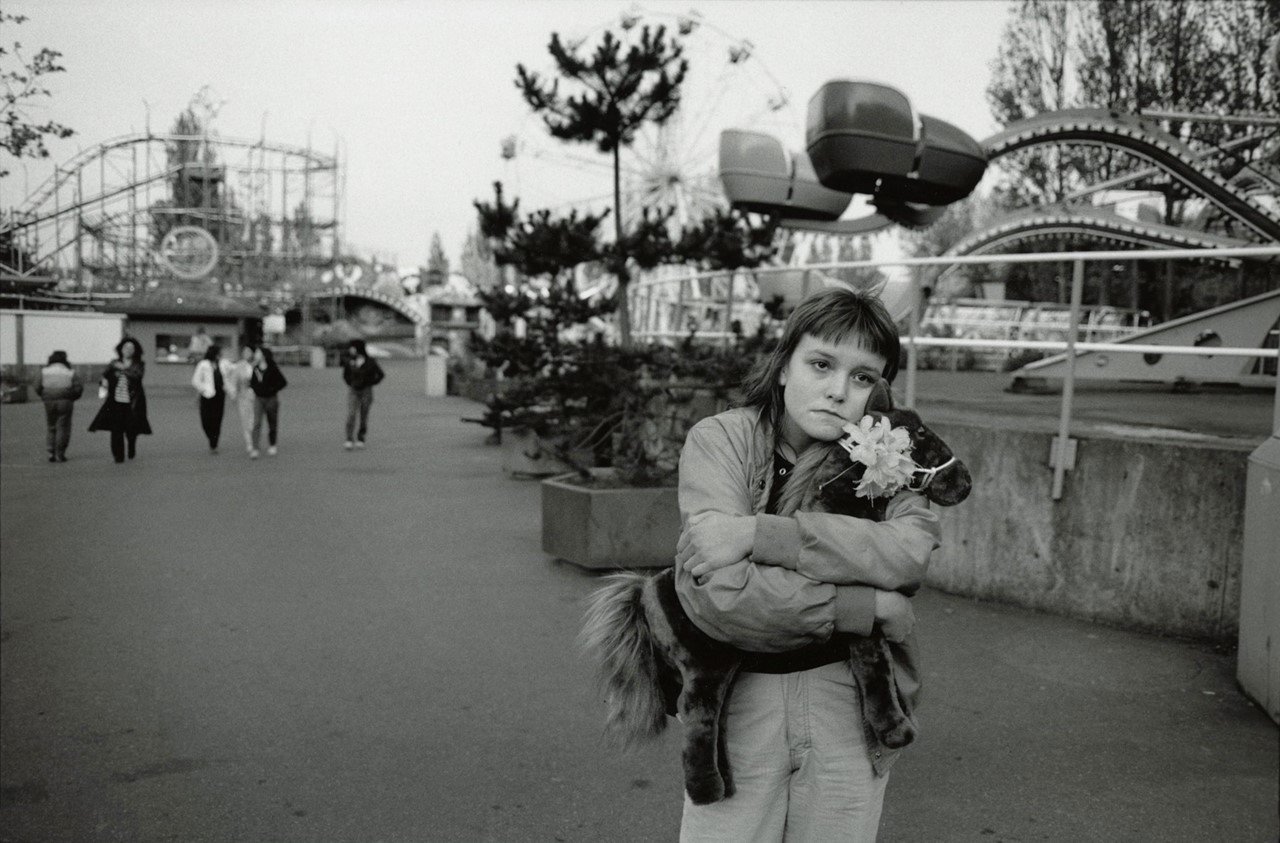 Arbus was drawn to unique characters, often those she met by chance encounter, and her ability to inspire curiosity about each of her subjects and make each one of them exceptional demonstrates a forward-thinking and democratic eye, one free from the judgement of social norms. The work she left behind helps us understand and appreciate the diversity of society, and is an important relic of the people that always have and always will live on the fringes.

Other such legendary practitioners engaged in what we now call “slow-journalism” or New Journalism, where the photographer is immersed in the lives of their subject over long periods of time. We have Inge Morath, Eve Arnold, Berenice Abbott and Dorothea Lange to thank for investing their lives in creating honest and moving testaments of the working classes and destitute of the world using this arduous methodology. 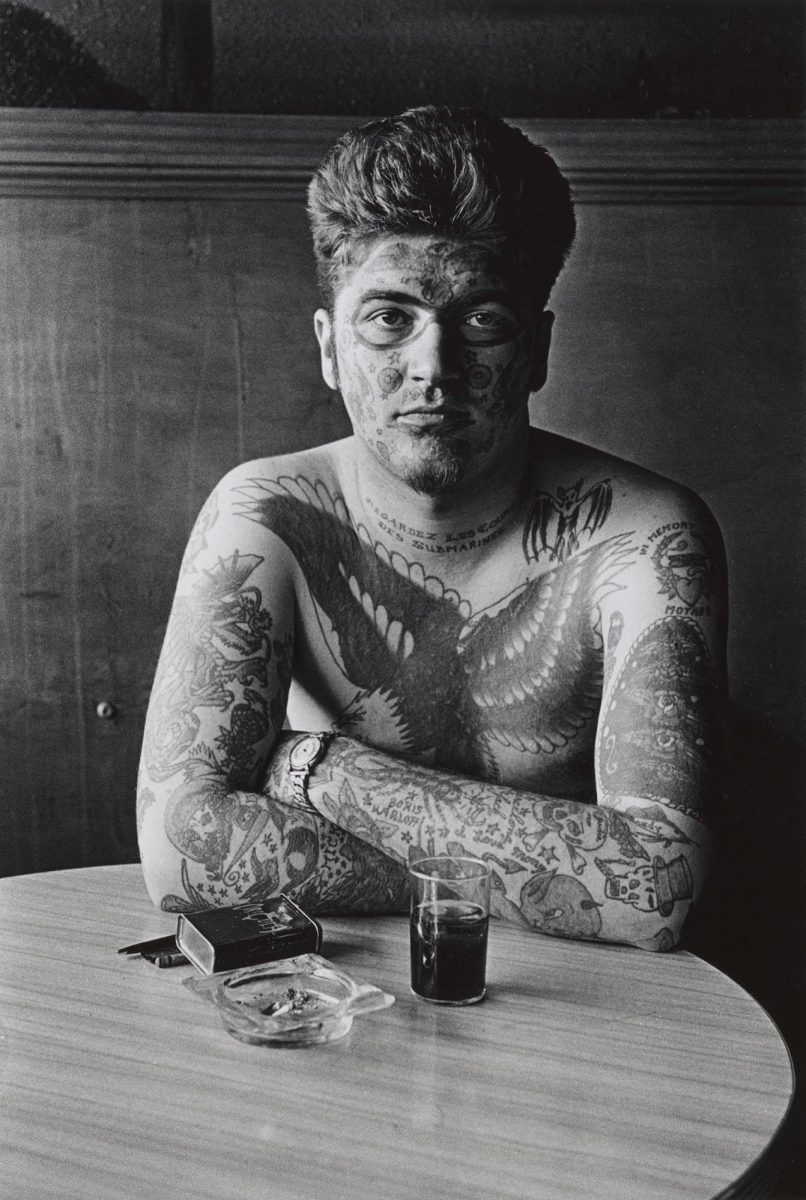 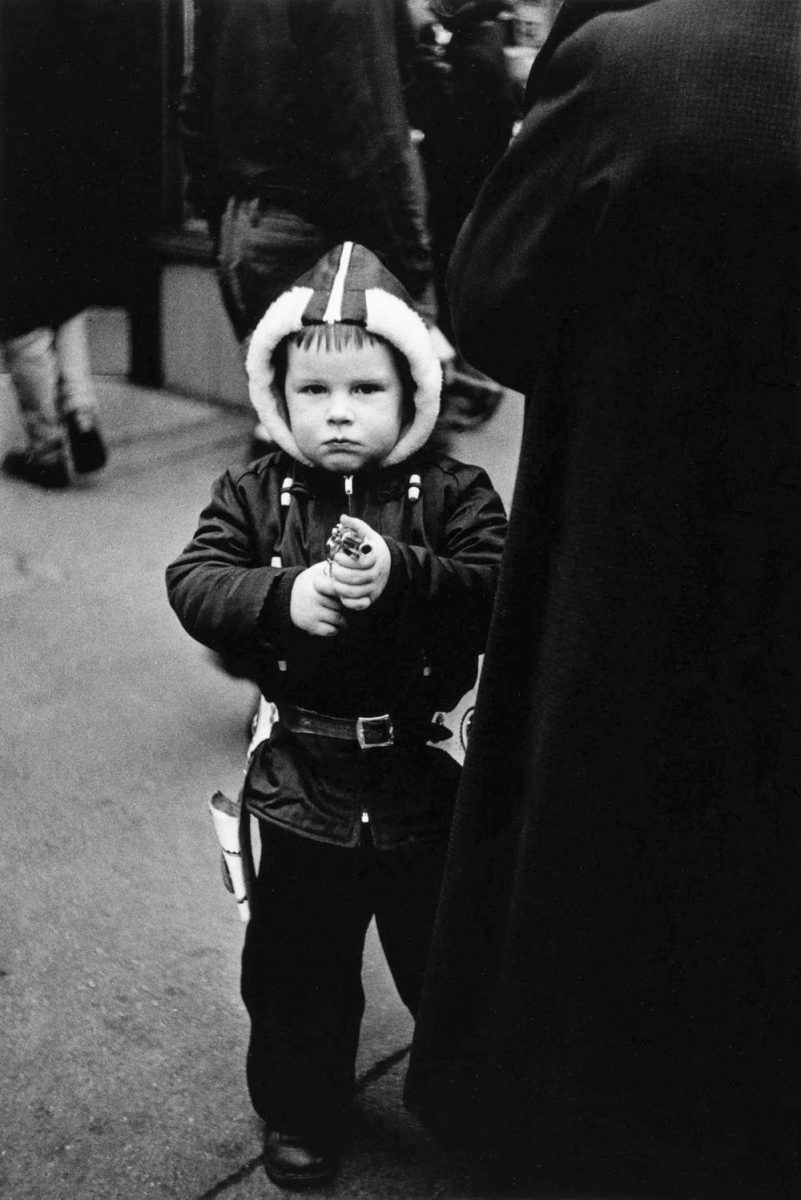 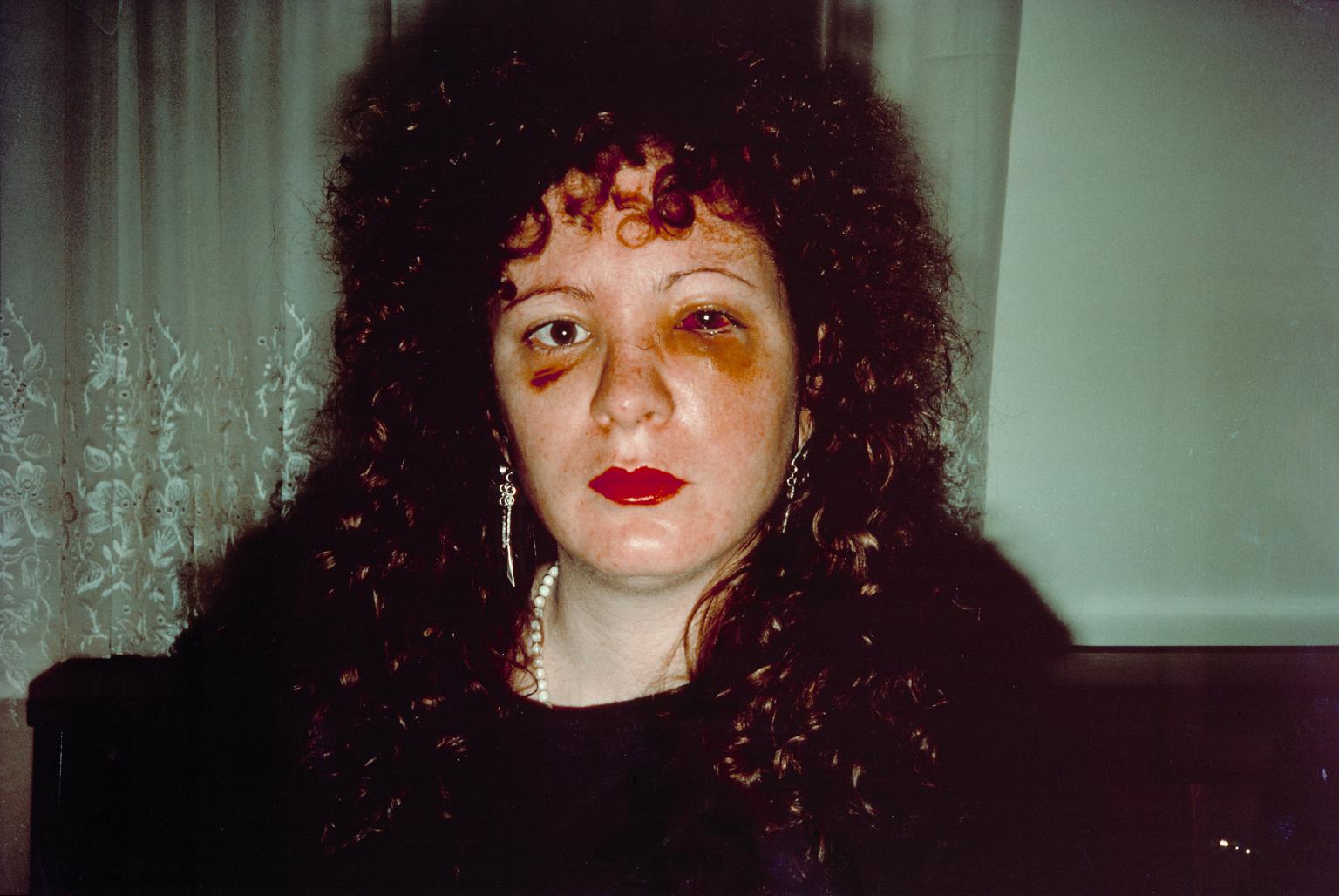 Self-portrait one month after being battered, USA, 1984 © Nan Goldin

Women have also impacted photographic history from within the home, or by documenting their own lives. Nan Goldin, for example, became famous erasing the distance between subject and photographer. Her intimate photos of the LGBTQ community, streetwalkers, bar workers, all friends of hers, were granted legitimacy through the inclusion of photos of herself, most notably self-portraits of herself after being attacked by an abusive boyfriend.

Donna Ferrato continued this tradition by exposing the epidemic of domestic abuse that happens in the secrecy of people’s homes. In her decades long project, Living With the Enemy, Ferrato documented the effects of domestic violence on abused women and children- groundbreaking work which bring to light the dark side of family life. 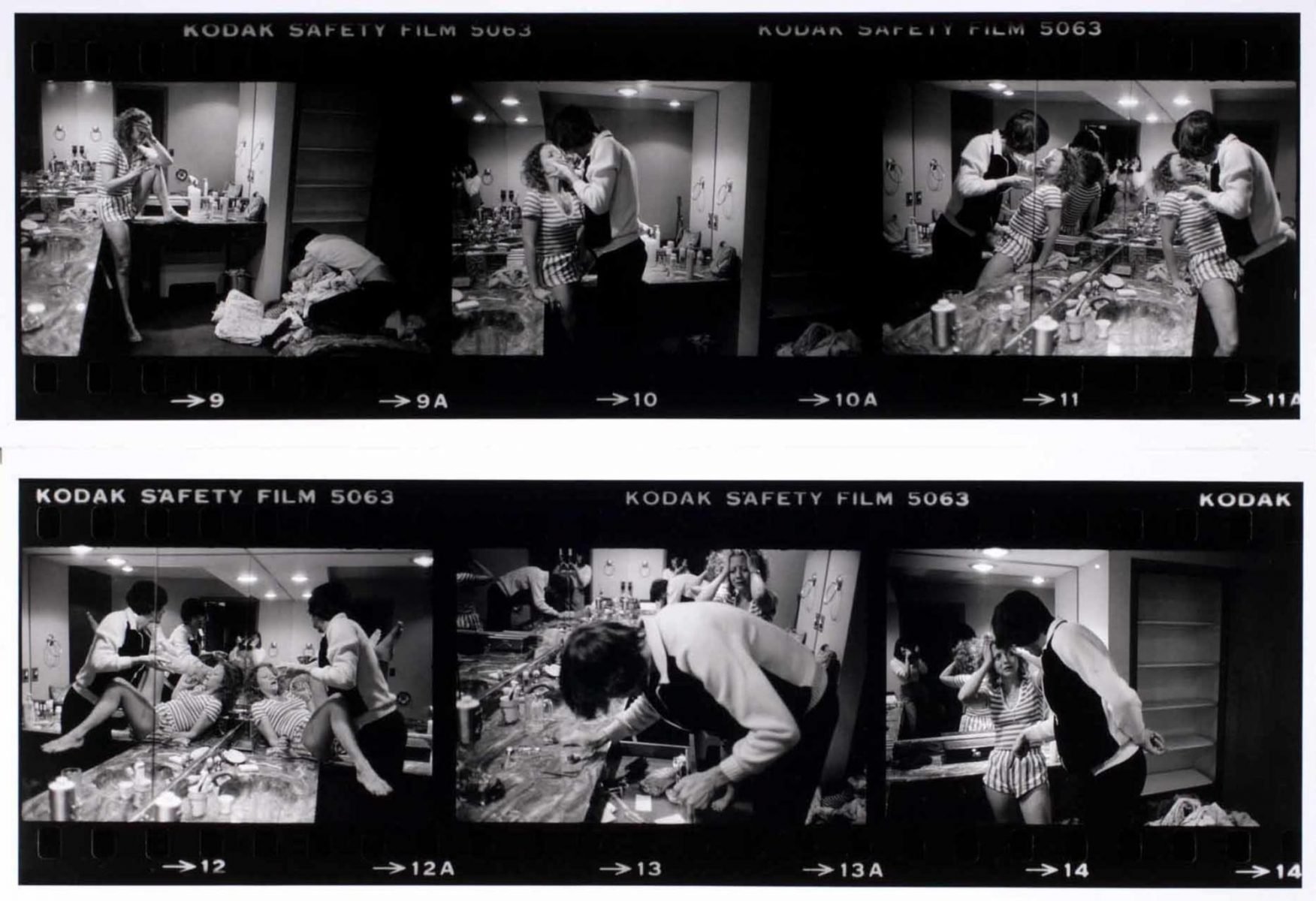 Though these names only scratch the surface of the women who have impacted the world with the use of their cameras, their legacies have inspired countless women to follow in their footsteps, and embrace the complexities of the world with the idealism to change things.

Photography has proven one of the most democratic playing fields for female artists. At the root of all photography lies the quest for truth and representation, and these photographers are responsible for helping us understand both female repression, and expression.