In 1840, French optical scientist and aristocrat Louis Comte appeared before an expectant audience of Rio de Janeiro’s elite to demonstrate the daguerreotype process. The 14-year-old Brazilian emperor, Pedro II was immediately enamoured and so began a nation’s lifelong passion for photography.

Prior to this Brazil had been a canvas upon which to project European fantasies, but now local artists had the means to produce faithful representations of their country, unencumbered by preconceptions. 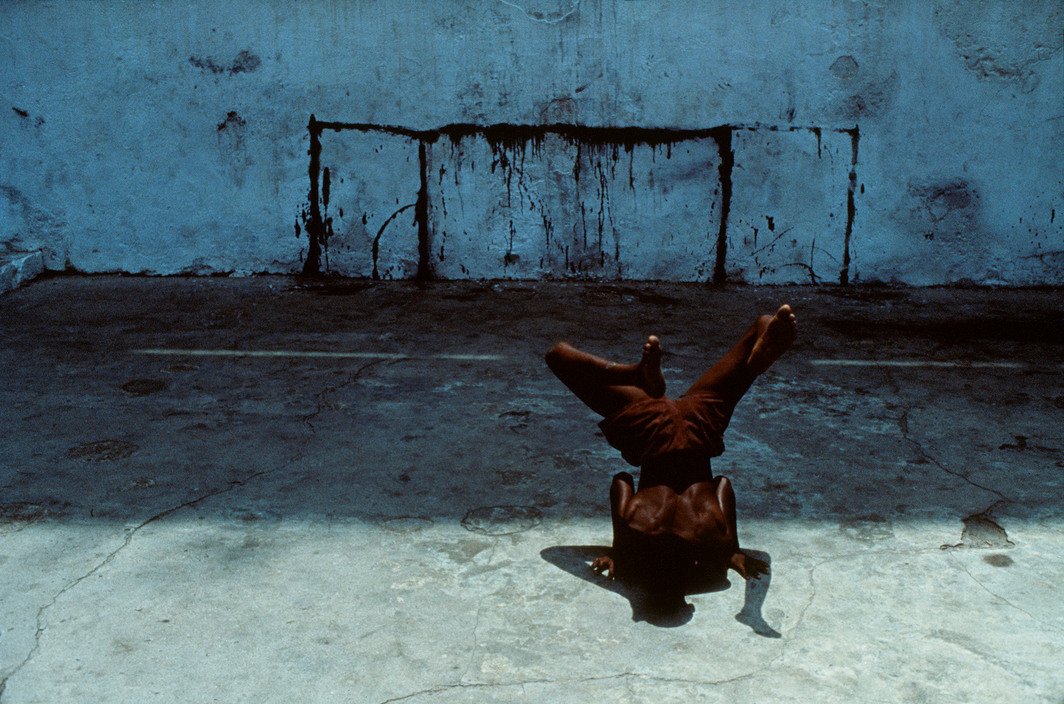 The Capoeira is a traditional Afro-Brazilian martial art dance, which features acrobatic movements. Originating from the arrival of slaves from Africa to Brazil during the Portuguese colonization in the 16th century, the dance stemmed from the fact that martial training was forbidden to slaves. In an effort to disguise their training, they camouflaged their practices behind song, movement and dance, and the Capoeira was born.

Miguel Rio Branco, Magnum associate and one of Brazil’s most famed photographers, is a master of colour. His unique understanding of tone and contrast is seen in this image, where the dancer appears almost like a sculpture set in front of a painted background. 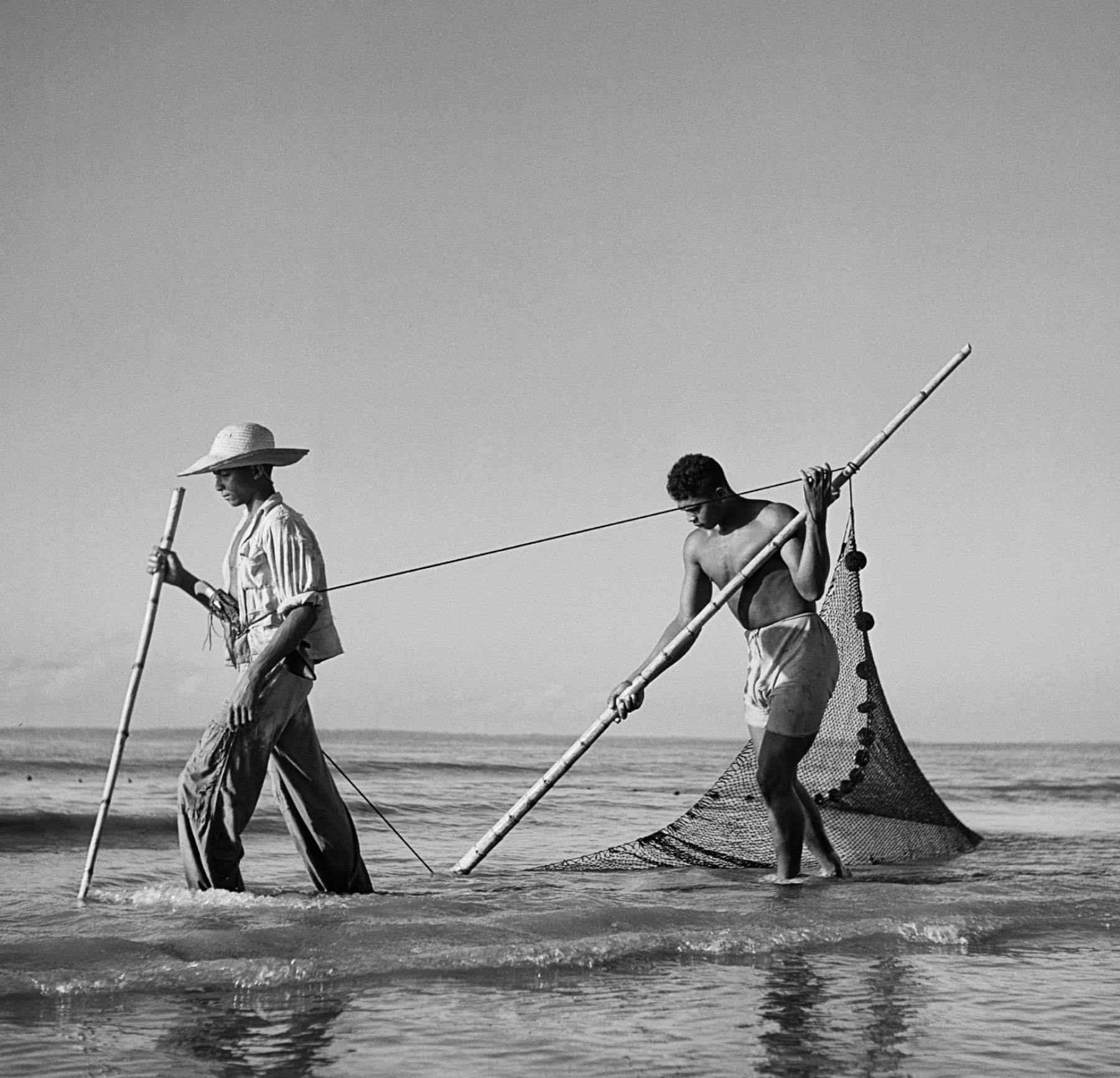 French-born Gautherot became fascinated by Brazil after a brief period positioned in the military in Senegal. Such was his connection to the country that he stayed there until his death over 50 years later, rarely returning to Europe.

Traveling around his adopted home he discovered rainforest and coastal cities, relishing meeting the indigenous populous of the country, and returning to the vast Amazon region repeatedly. As a trained architect, his sharp gaze often fell on the harsh lines of landscapes and buildings, for which he is most famous, but his broad ouvre also covered everyday life and festivities. His work exists almost exclusively in 6×6 square format, and is thus instantly recognisable. 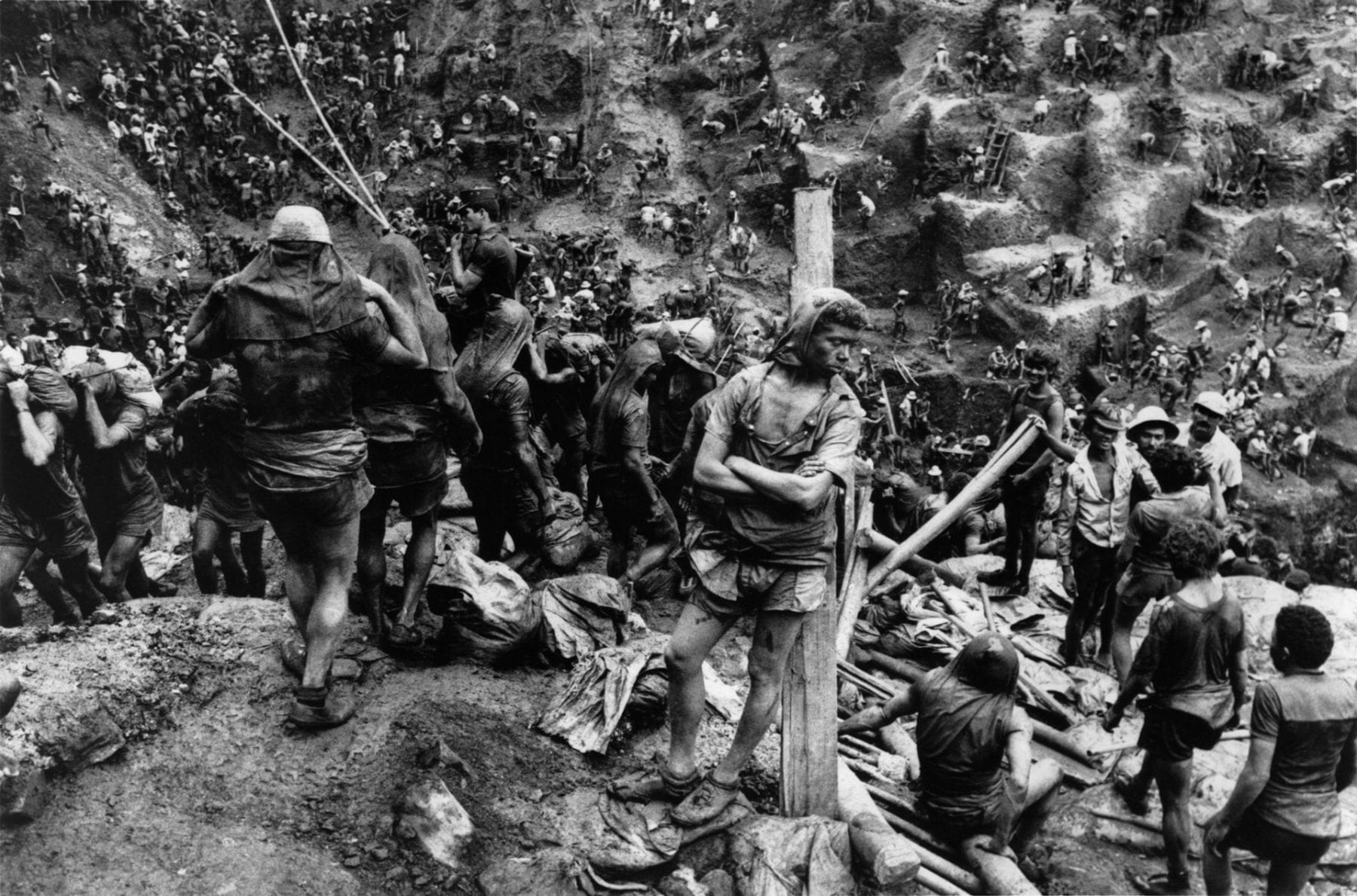 Sebastiao Salgado worked as an economist before becoming an activist and photographer. Influenced by his past he became drawn to the struggle of workers all over the world, determined to raise awareness about their poor working conditions and low wages. His attempt to uncover pre-industrial working conditions in a post-industrial world are typified in his work at the Serra Pelada mine in Brazil.

The gold mine, which Salgado spent months living next to and photographing, employed approximately 50,000 workers who were paid as little as twenty cents to carry sacks that weighed up to sixty kilograms up precarious ladders. Often workers would make sixty trips like this per day. Salgado’s groundbreaking work depicts scenes which are hard to believe could exist within modern society and highlight the disparities between western wealth and those who are truly behind it. 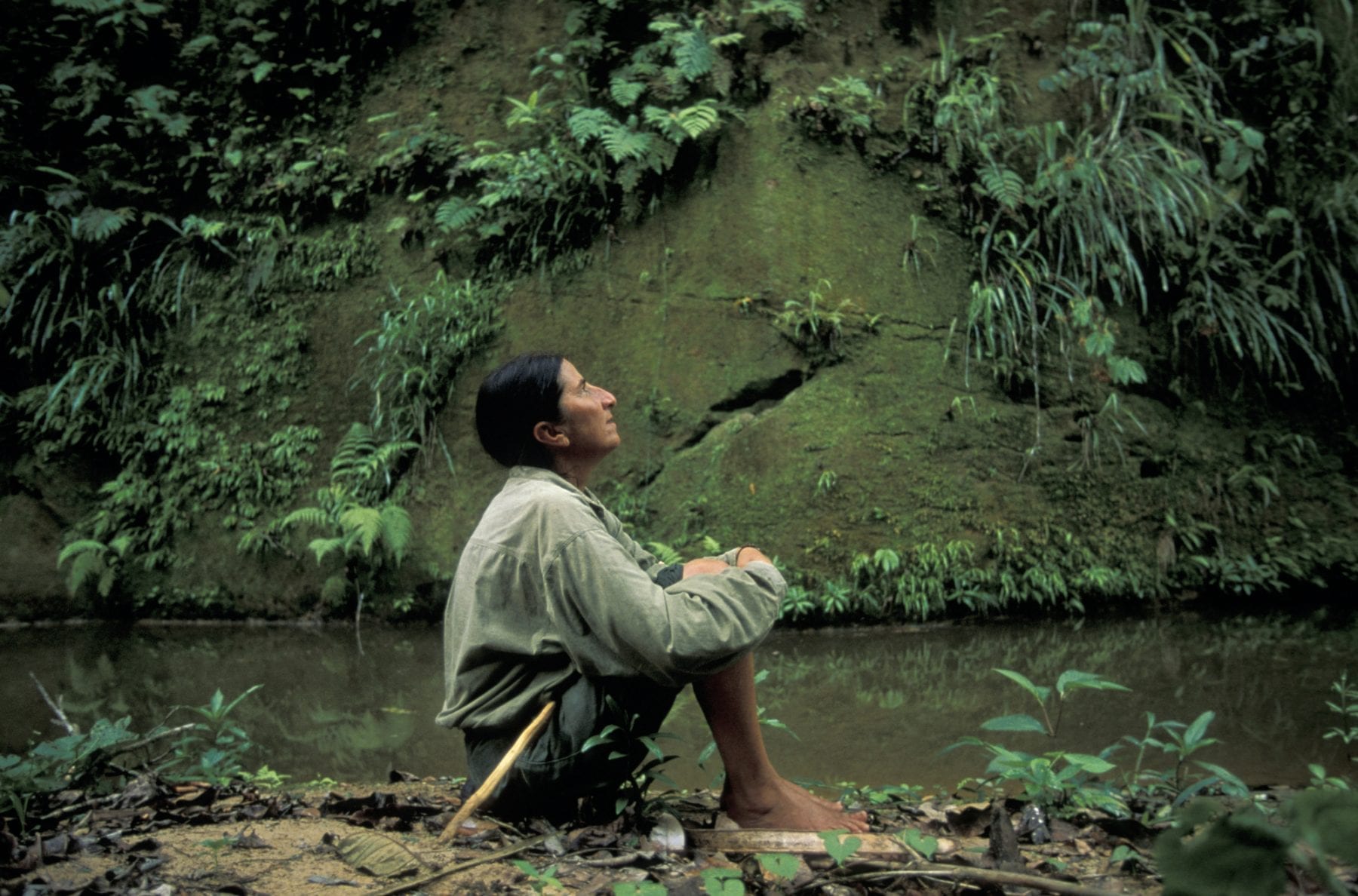 The Madidi is one of the most remote places in the world, straddling parts of the Andes and Amazon basin, it hold 1,000 bird species and half of the world’s mammals. In 1995, Brazil agreed to establish 1.8 million hectares of tropical forest there as a national park, as part of a Debt-for-Nature Swap which would reduce its debt in exchange for not developing the rainforest.

This was immediately met with controversy and counter-action from bordering countries. Due to local opposition, the project was halted in 1998, in which time National Geographic photographer Joel Sartore entered to document the project. Twenty years later, today, the park is once more in jeopardy as the Bolivian government reconsiders building dams which would dangerously jeopardise the water-levels in the park, thus endangering hundreds of rare species of plants and animals. 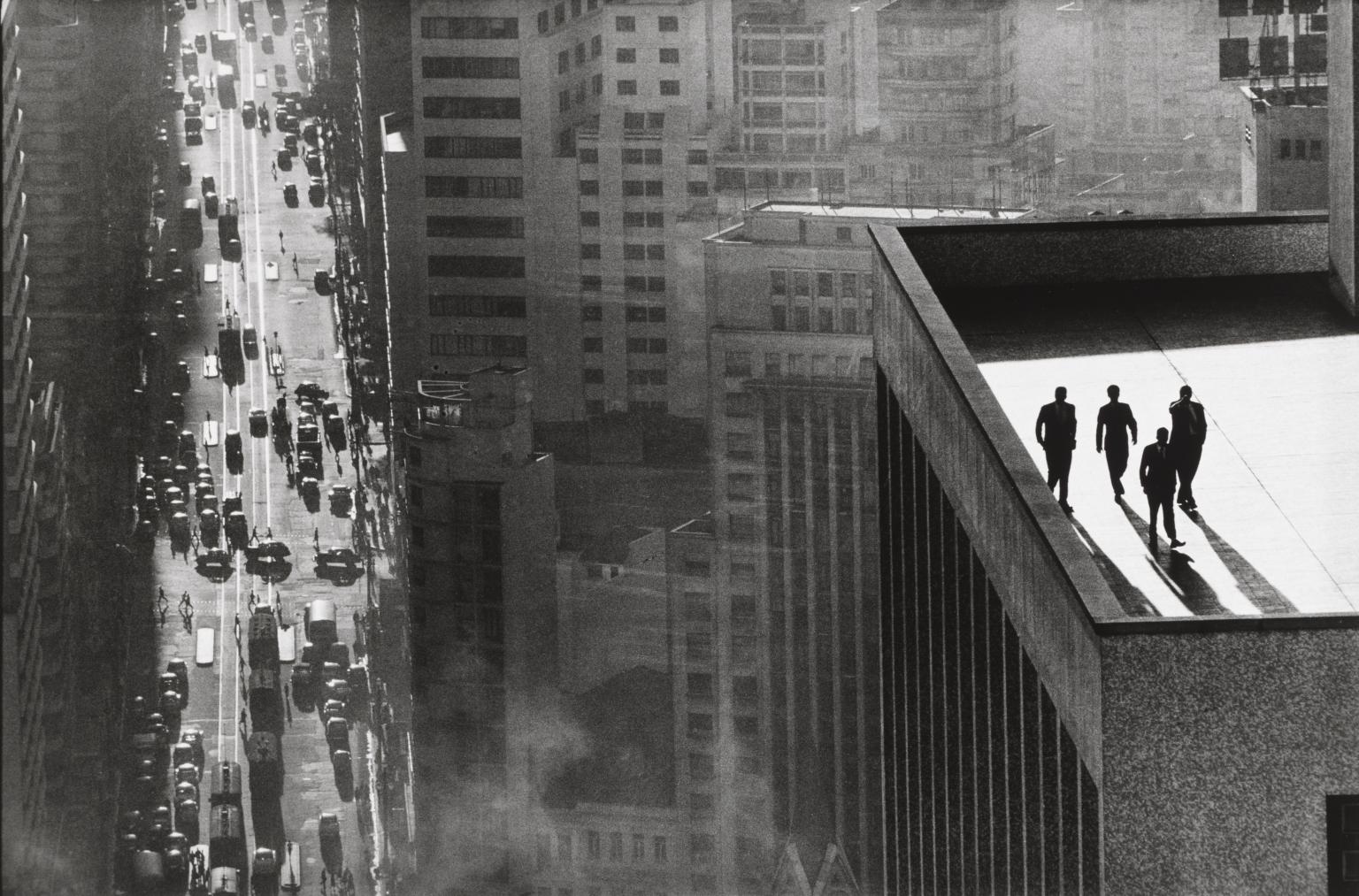 A booming Brazilian nation is remembered in the photos of master René Burri, who built up a comprehensive portrait of the country over many years, capturing some of its most famous buildings, vibrant nightlife, and industrial developments. In one of his most famous photos, taken in the height of mass development, Men on a Rooftop, observed from a neighbouring skyscraper, Burri’s love of symmetry and architectural lines is evident.

Here he eloquently elevates the photograph beyond the stereotypical view of Brazil. Burri’s love of a high vantage point continued through his later work and is seen in many of his later photographs, but this remains one of his most striking and memorable works. 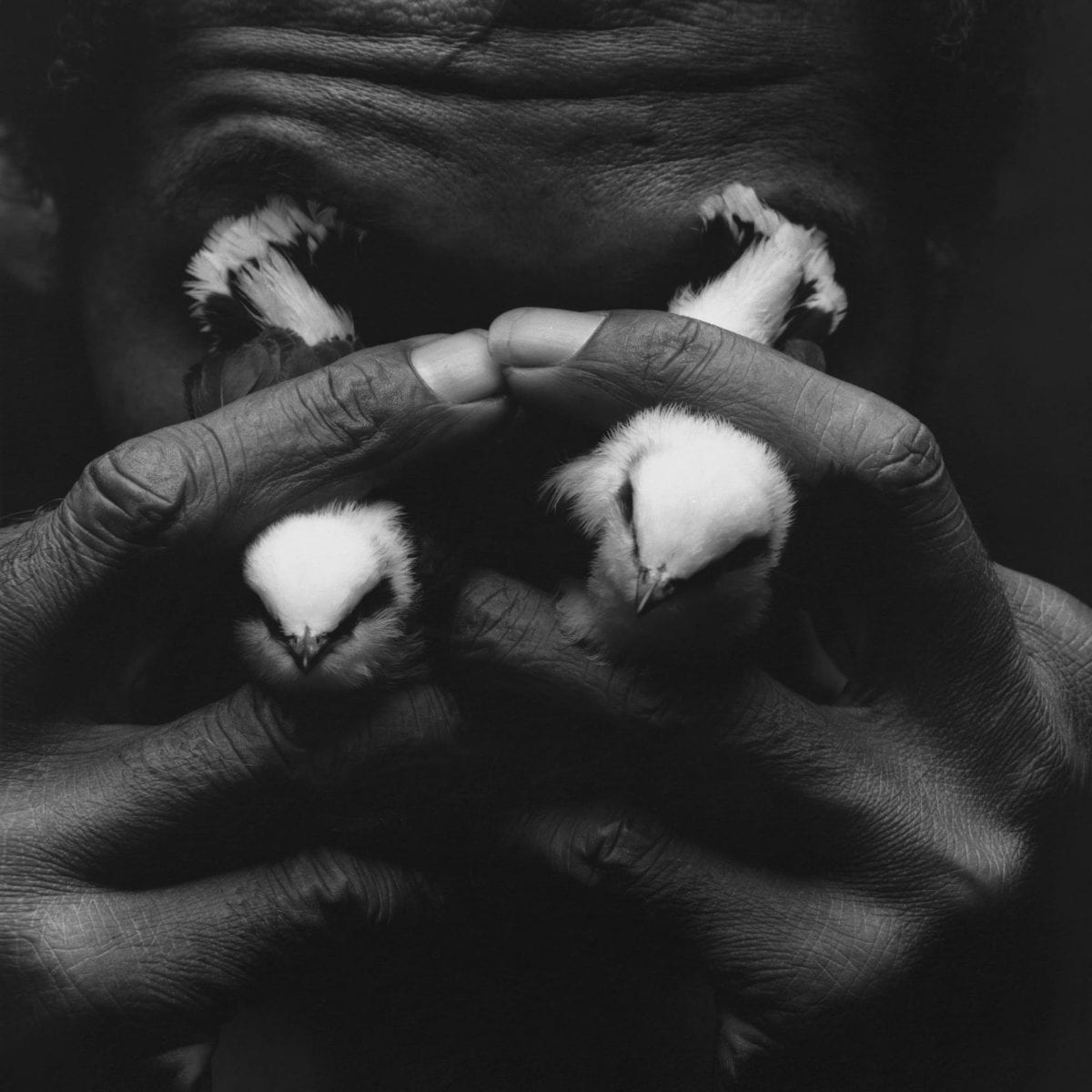 Bahia, the Brazilian point of entry for millions of African slaves between the 18th and 19th century, whose capital, Salvador, was established by the Portuguese in 1594, still bears the scar tissue of this painful heritage. Born and raised in this city was  Mario Cravo Neto, a little known photographer internationally, but one of Brazil’s most acclaimed fine artists.

Cravo Neto’s work honours Brazil’s diverse ethnographic landscape and is informed by the colonial and diasporic legacy of the nation. Using themes borrowed from African spiritualities and European Catholicism, Cravo Neto focused his work on Candomblé, an Afro-Brazilian form of worship born from African Yoruba rituals. The use of animals in his photos each bear their own symbolic and spiritual meanings. 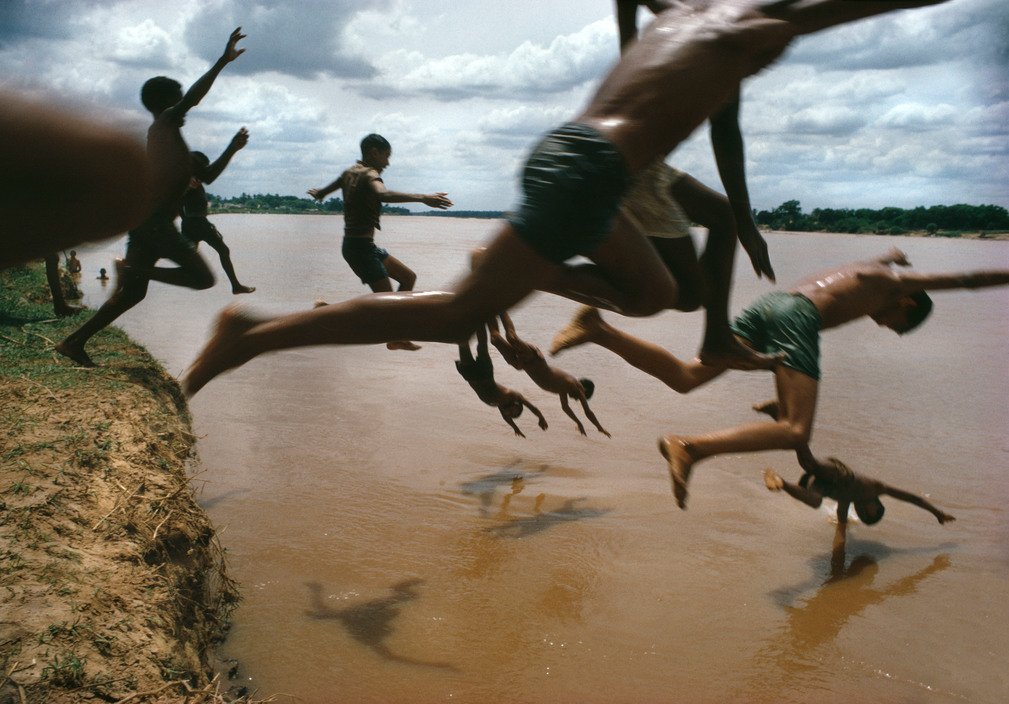 Bruno Barbey spent over half a century photographing Brazil, from the banks of the Amazon River to the beaches of Rio de Janeiro. His unique ability to capture the vitality of the Brazilians and the beauty of its landscapes is illustrated in this textured and dynamic image, where the symbiosis between land and people is really felt, as the leaping children almost blend seamlessly into the muddy river. 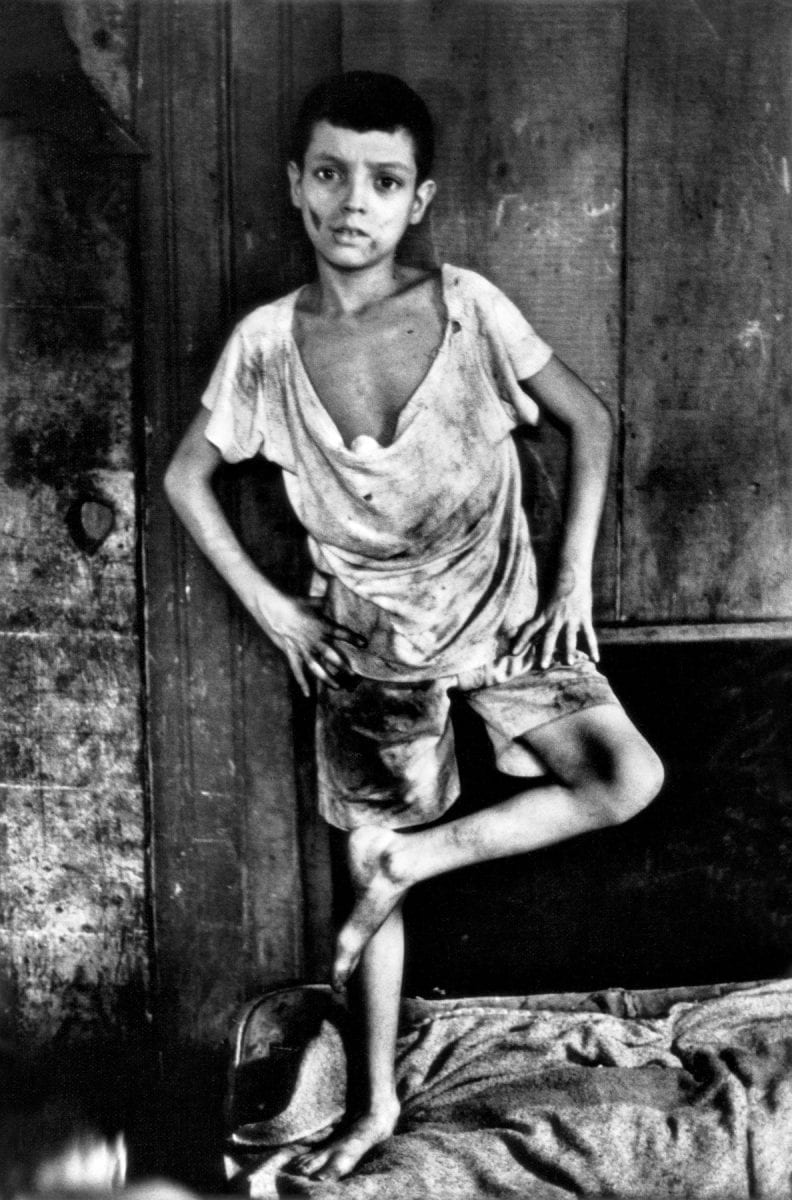 Gordon Parks’ seminal photo essay about the life of the da Silva family who lived in a hillside favela near a wealthy district of Rio de Janeiro, focuses particularly on the young Flavio da Silva; a resourceful twelve-year-old suffering from crippling asthma. Published in Life magazine, the story elicited nearly $30,000 in donations from readers, whose money was put towards administering rehabilitation of the favela. One of Parks’ most deeply personal assignments, the story also speaks of the uneasy relationship in journalism between intervening in the life of one’s subjects. 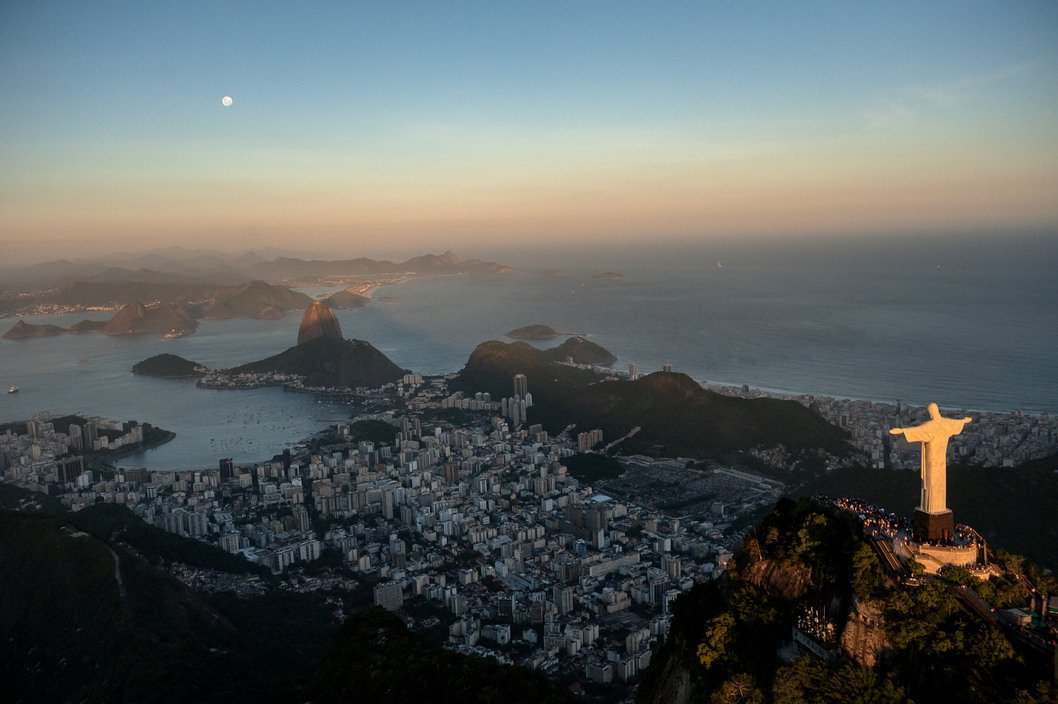 In 1921, the Roman Catholic archdiocese of Rio De Janeiro proposed that a huge statue of Christ be built on the 2,310 foot summit, which could be seen from anywhere in Rio. Citizens were behind the construction and in 1922 construction on Mount Corcovado was granted. The foundation stone was ceremonially laid on April 4th 1922, the centennial day of Brazil’s independence from Portugal- though the final design had not yet been finalised!

The Brazilian government held a competition to choose the final piece, a prize that was claimed by the sculptor and architect Carlos Oswald and Silva Costa. Together they began working on the monumental five-year construction of a figure of Christ, with arms outstretched, as though he were embracing the whole of Rio. 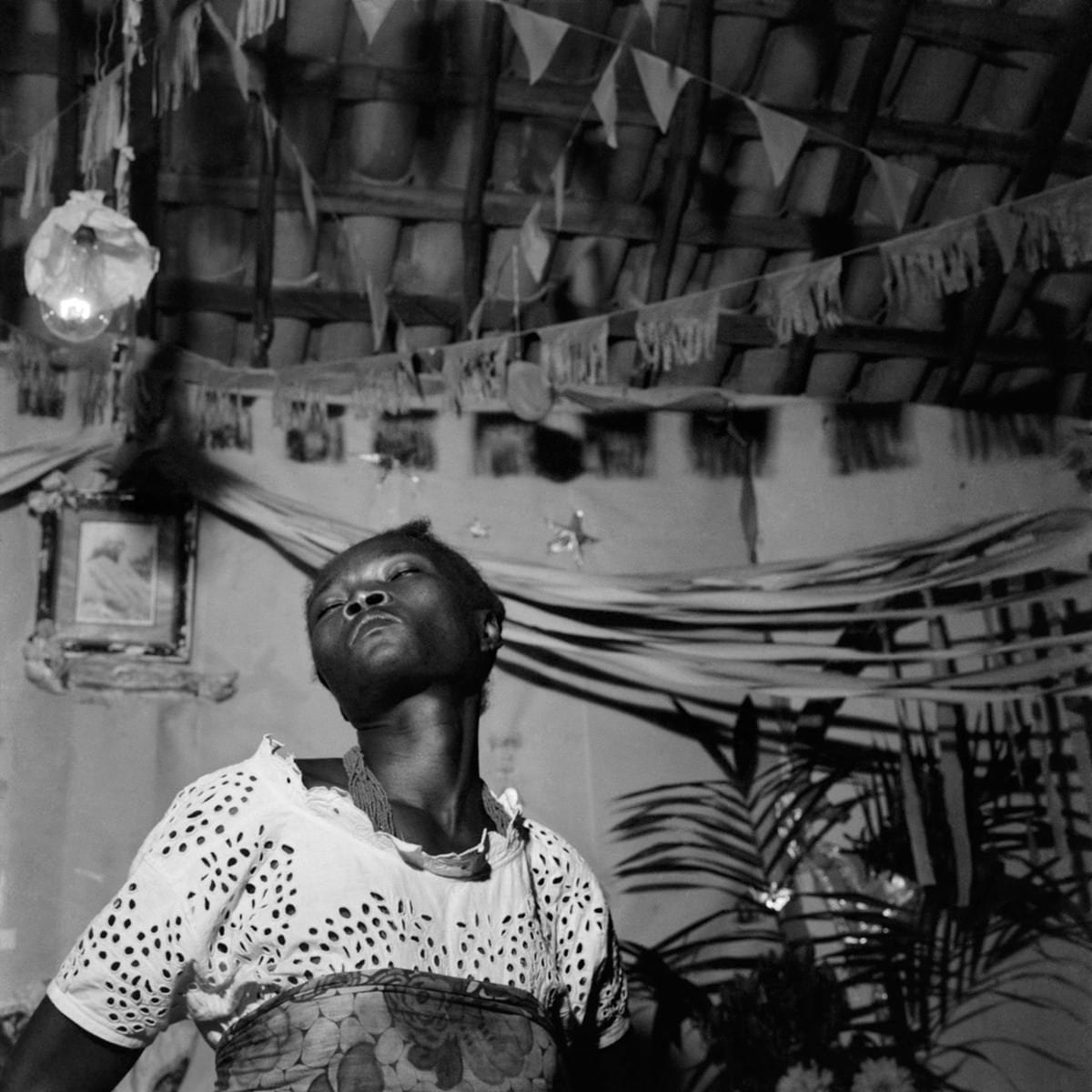 Pierre Verger was a French-born, self-taught ethnographer who devoted most of his life to the study of the African diaspora. His remarkable ability to get to know people intimately reached its height in 1953 when he participated in the Babalao initiation ceremony in Ketou (today Benin) and took on the new name of Fatumbi. In this ceremonial act he was “reborn” as another, a transformation which made a number of his European academic colleagues doubt his intellectual credibility.

Yet despite this, his newfound Babalao title and association with the adjoining Yoruba cult brought him great esteem in Salvador’s Afro-Brazilian religious communities. As a result he was able to document Afro-Brazilian communities in an extremely intimate context in comparison to his white counterparts. His photographs are an astounding testament to the intricate practices and rituals of various religious and social communities.