“A picture is the expression of an impression. If the beautiful were not in us, how would we ever recognise it?” – Ernst Haas

Austrian-American photographer Ernst Haas bought his first camera at the age of 25, swapping the Rolleiflex for 10 kilograms of margarine. From then on he became an avid documentarian, and only a mere 10 years later was elected to be part of the historic Family of Man exhibition at MoMA. 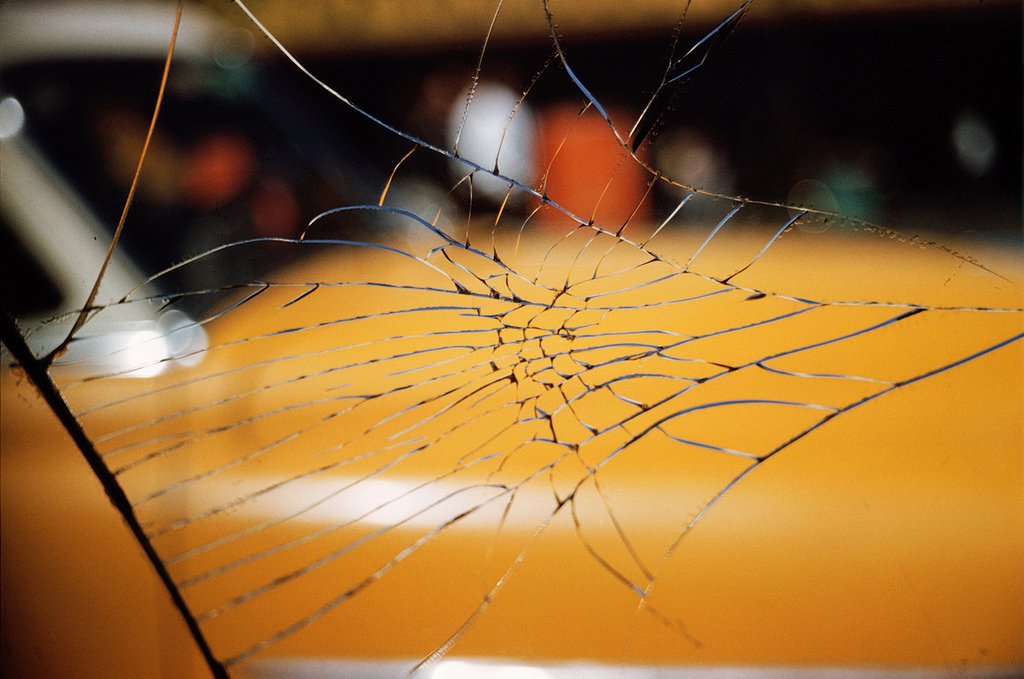 Born in Vienna in 1921, his parents, government officials, always encouraged him to pursue his creative talents. Haas saw the world in colour, and refused to compromise his vision despite the industry snobbery towards colour photography at the time.

His relentless passion for the medium earned Haas assignments with notable magazines such as DU and Heute, and he was the first person to publish a colour photo-essay for LIFE in 1953 on Returning Prisoners of War. This photo essay enabled Haas to become entangled in the circle of celebrity photographers that was Werner Bischof, Henri Cartier Bresson and Robert Capa. Capa encouraged Haas to pursue his colour photography, at which point he began shooting with a Leica and colour film. 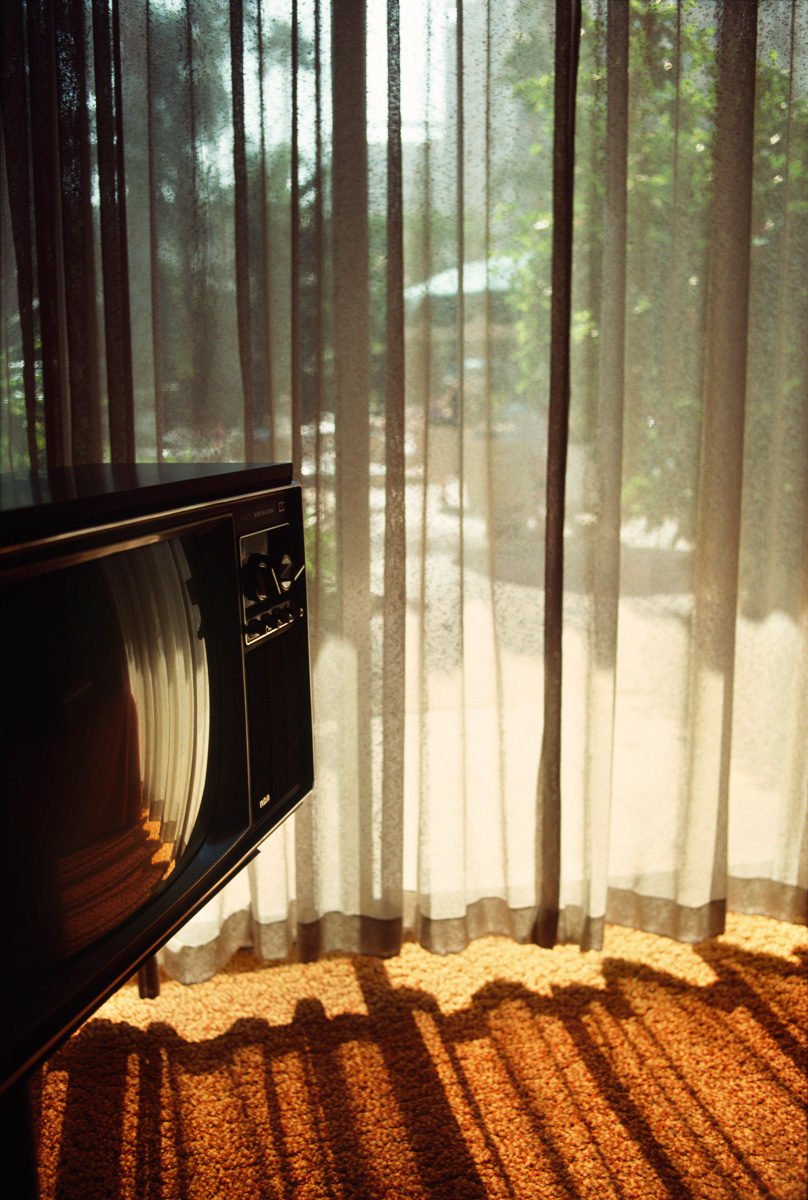 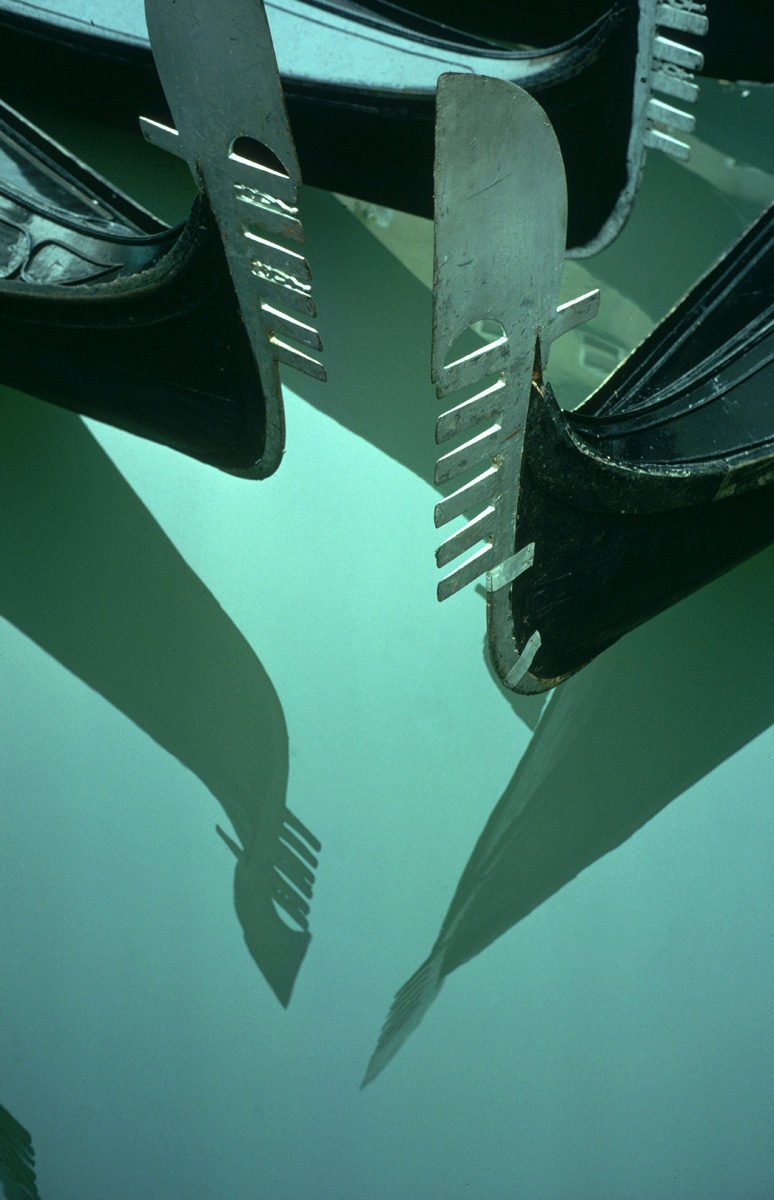 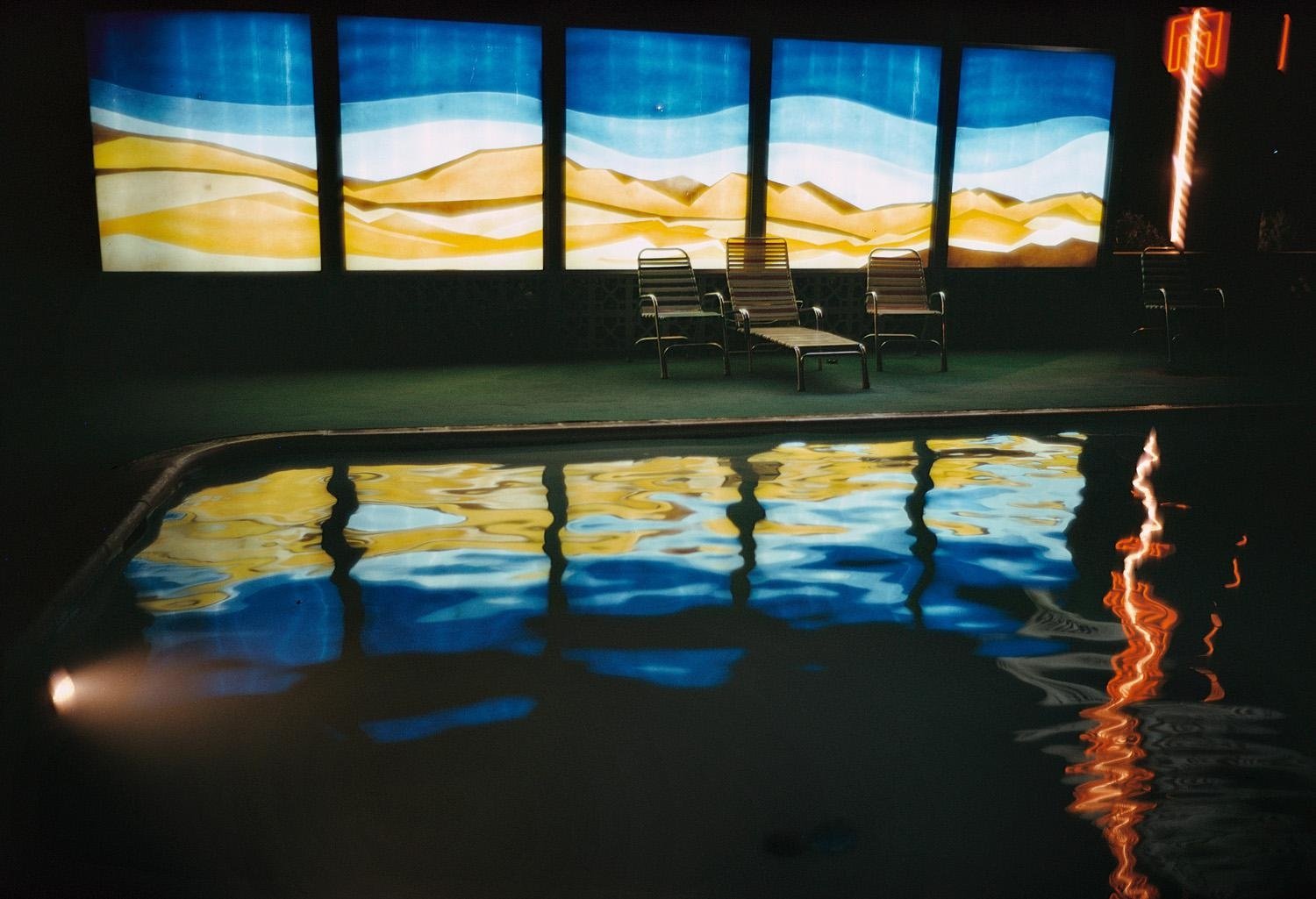 A twenty-four-page color photo essay of Images of New York appeared in LIFE in 1951 and was both Haas’ and LIFE’s first long color feature in print.

Though Haas was accepted in the ranks of leading documentarians of his time, he is remembered for his commercial work, having been one of the first people to shoot the Marlboro Man, but his private work really illuminates his true sensibilities. 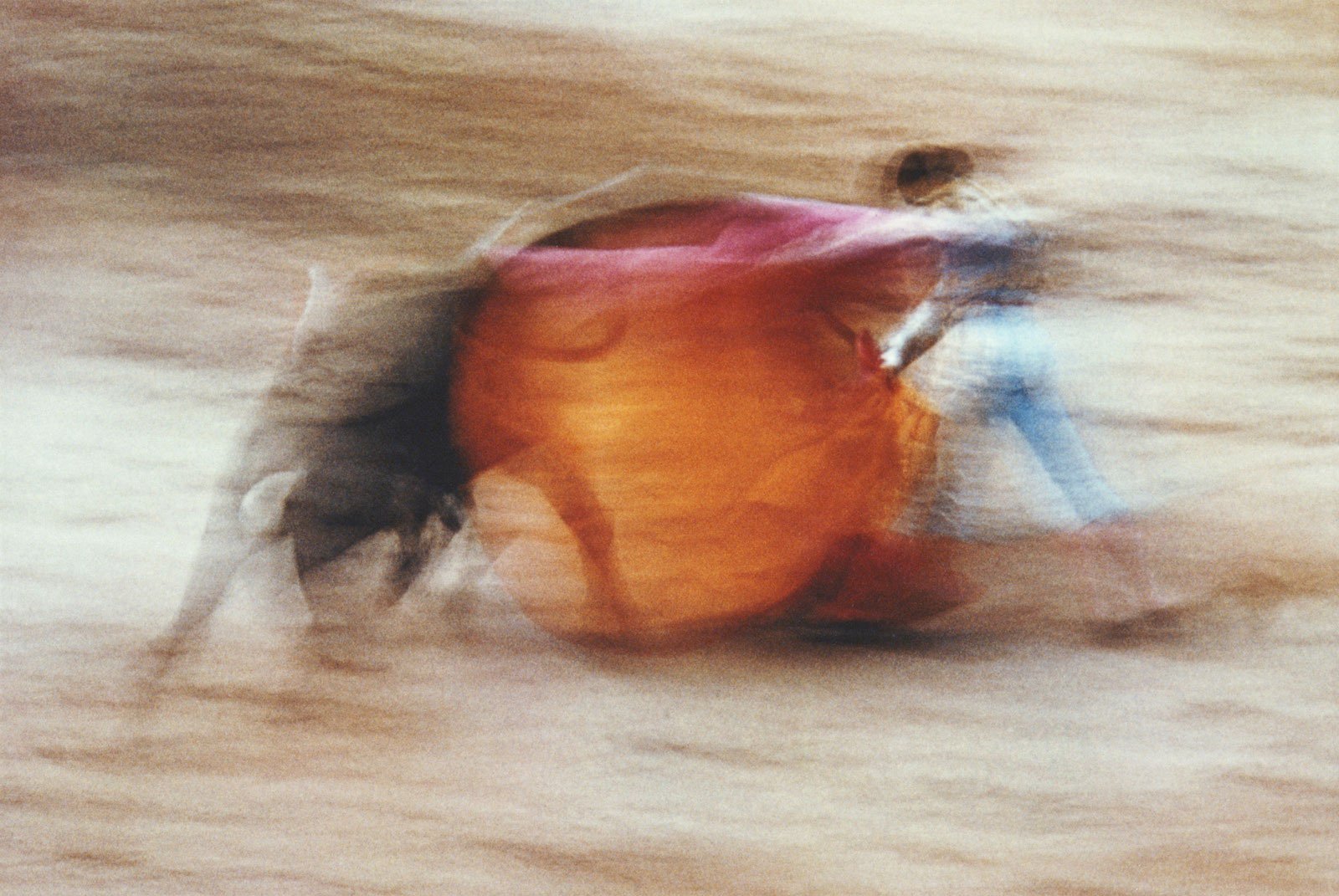 Edward Steichen, a photographer who once favoured the Pictorialist movement, was offered the opportunity to create an exhibition about the history of modern man, as told through photography, at the MoMA. This exhibition, Family of Man, is still one of the most important moments for photography in the 20th Century- cementing certain names and projects in our collective memory and verifying certain individuals as masters of their craft. 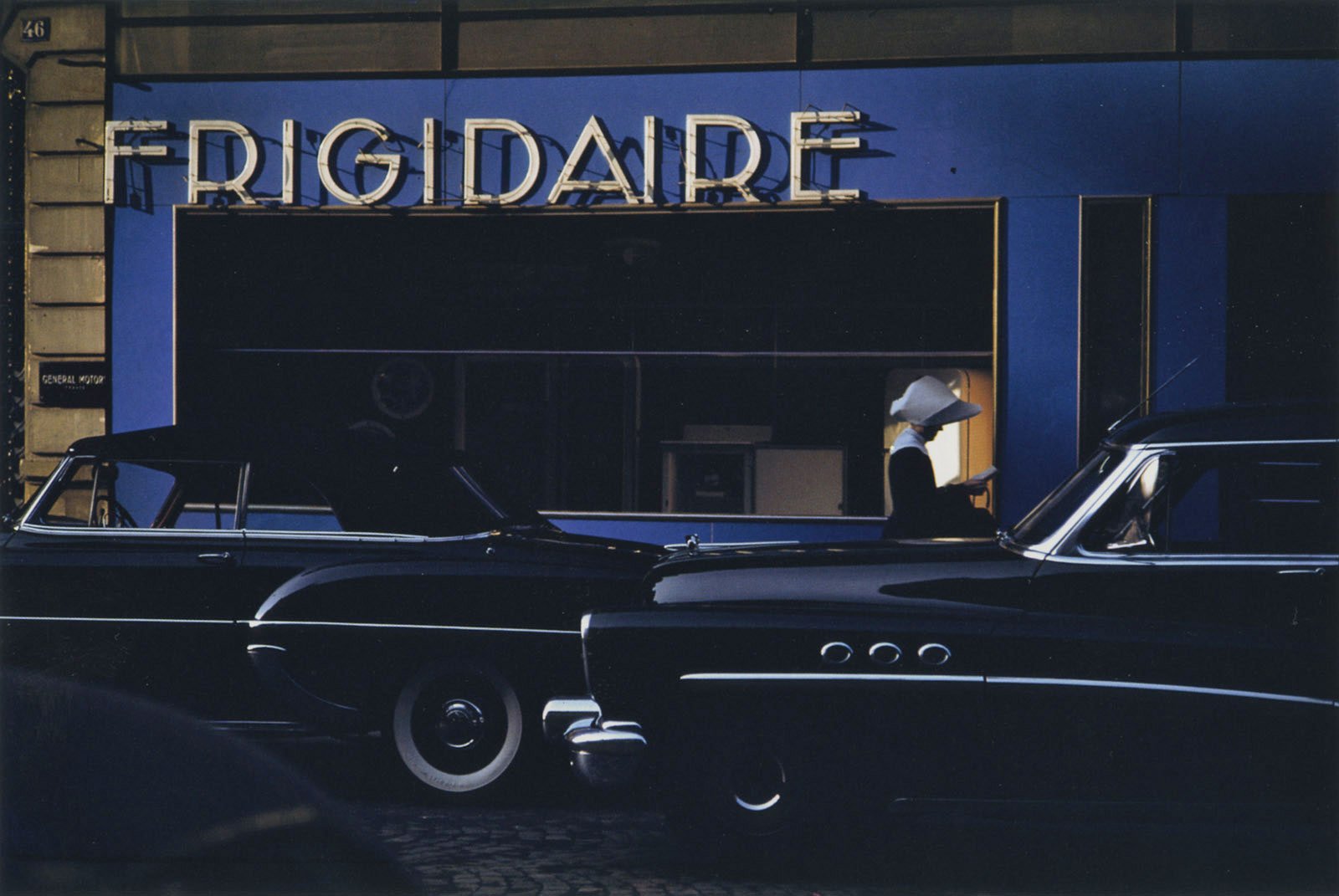 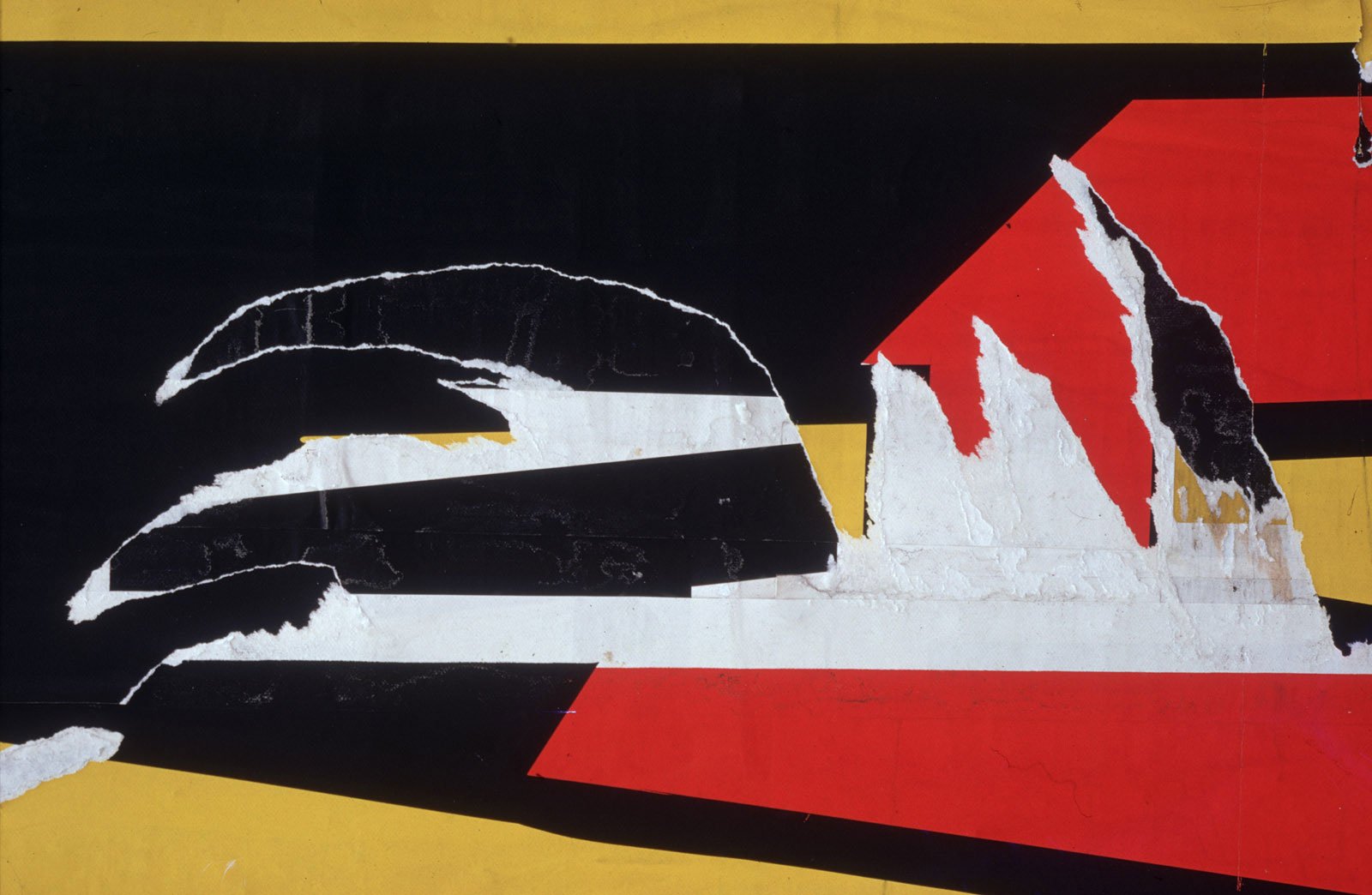 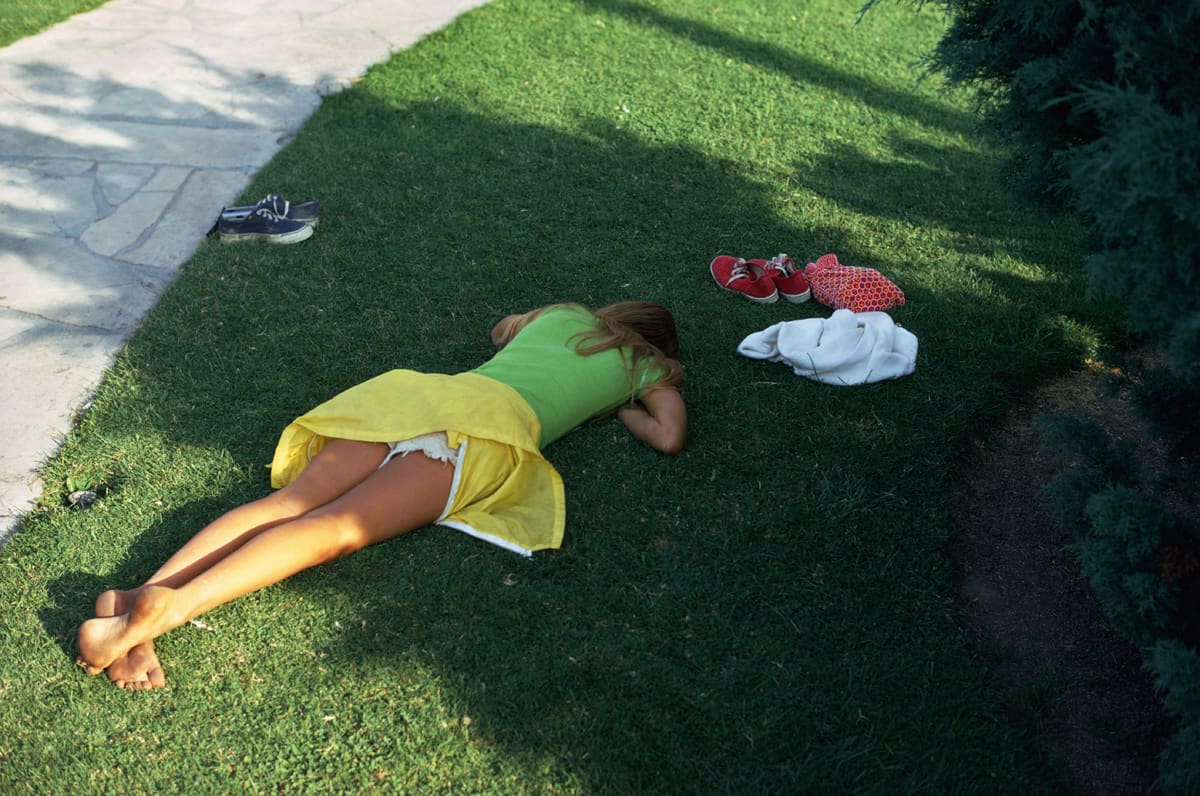 However, Steichen, who realised the milestone project, did not know that it was up to his predecessor, John Szarkowski to implement the exhibition. Szarkowski had a different eye and championed opposing ideas to those of Steichen and unfortunately did not appreciate Haas’ work in the same way.

Enforcing a different taste, his praise in the accompanying texts following Hass’ work is faint. Yet though Haas’ indisputable talent was the victim of what art photography should be, which somewhat has had Haas excluded from the canon of colour photography, his work and contributions have stood the test of time, and despite the controversy, in 1959 Haas was elected the president of Magnum Photos. 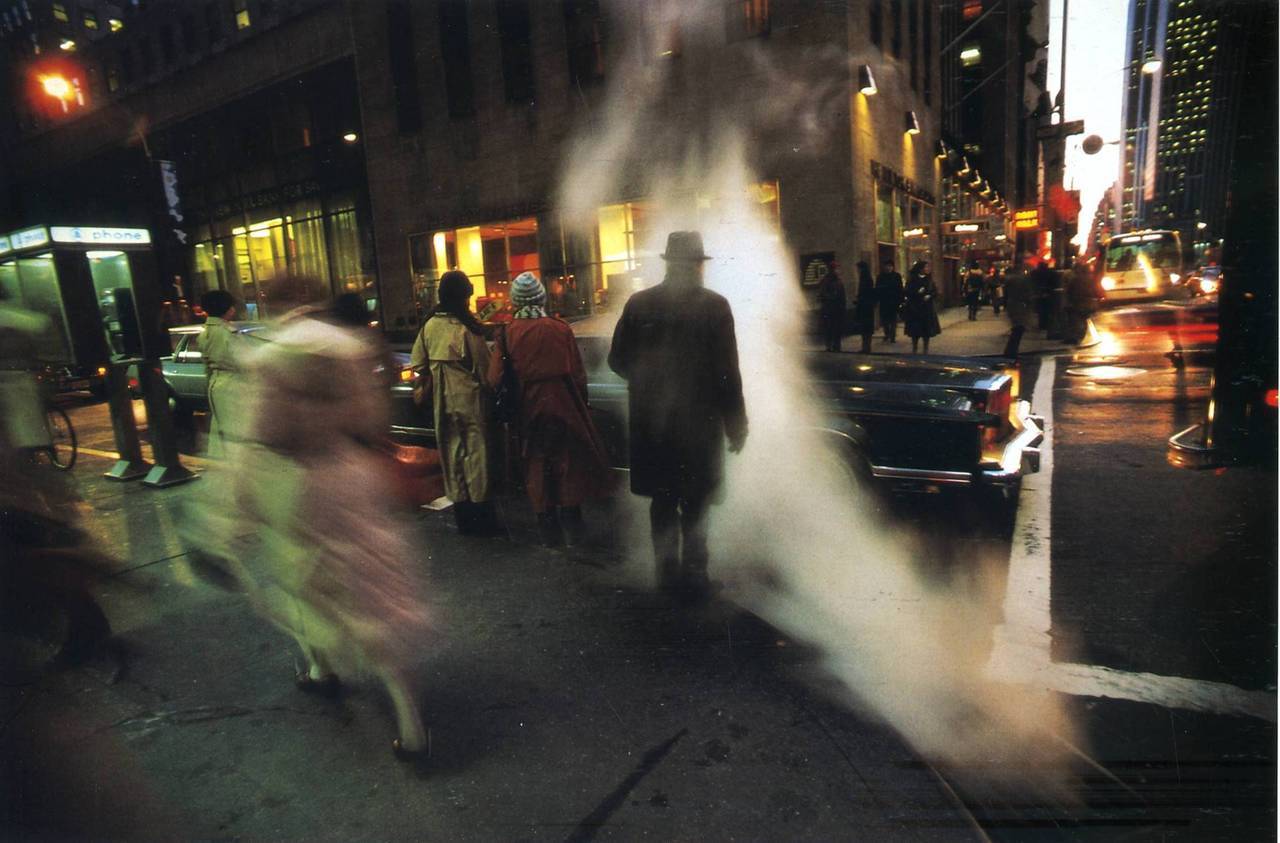 Best remembered for his experimentation with colour film and for his abstract compositions, which look more like elaborately constructed paintings than photographs, Haas’ belief in the importance of poetry in photography has been described by critics as “painting with the camera.” 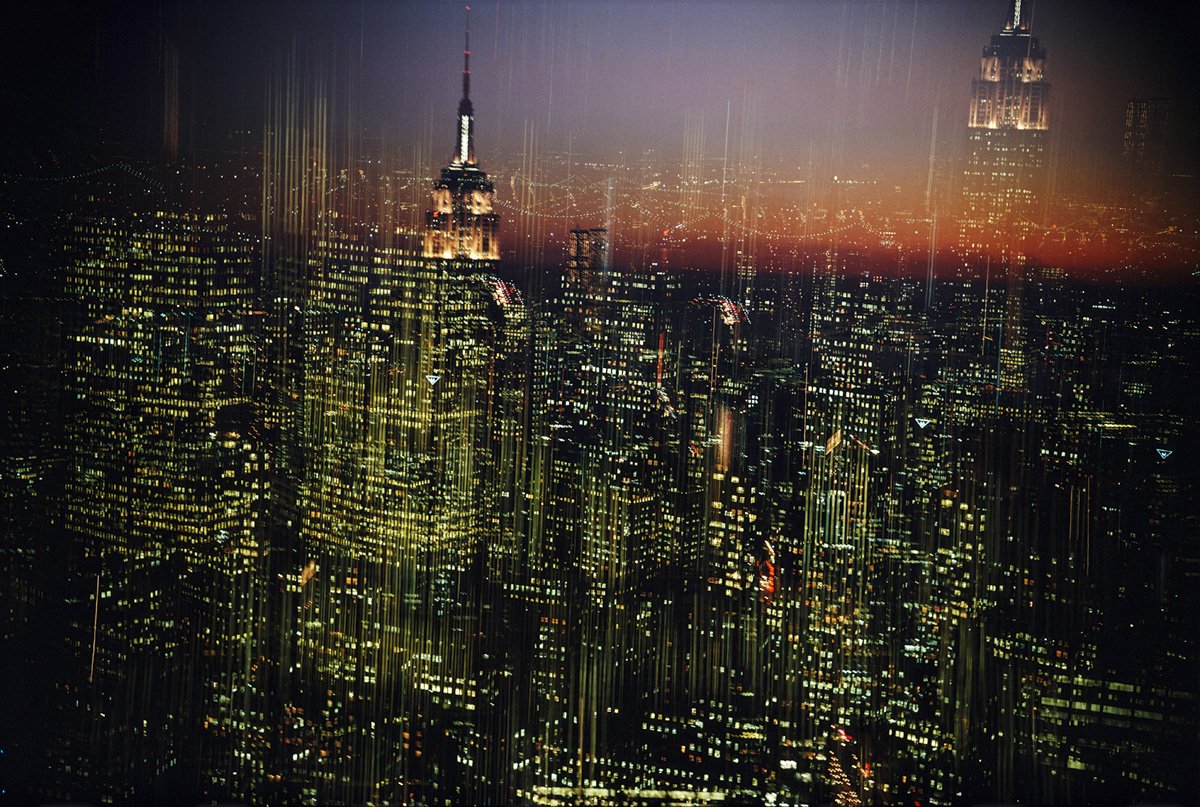 “Bored with obvious reality, I find my fascination in transforming it into a subjective point of view. Without touching my subject I want to come to the moment when, through pure concentration of seeing, the composed picture becomes more made than taken. Without a descriptive caption to justify its existence, it will speak for itself – less descriptive, more creative; less informative, more suggestive – less prose, more poetry.” 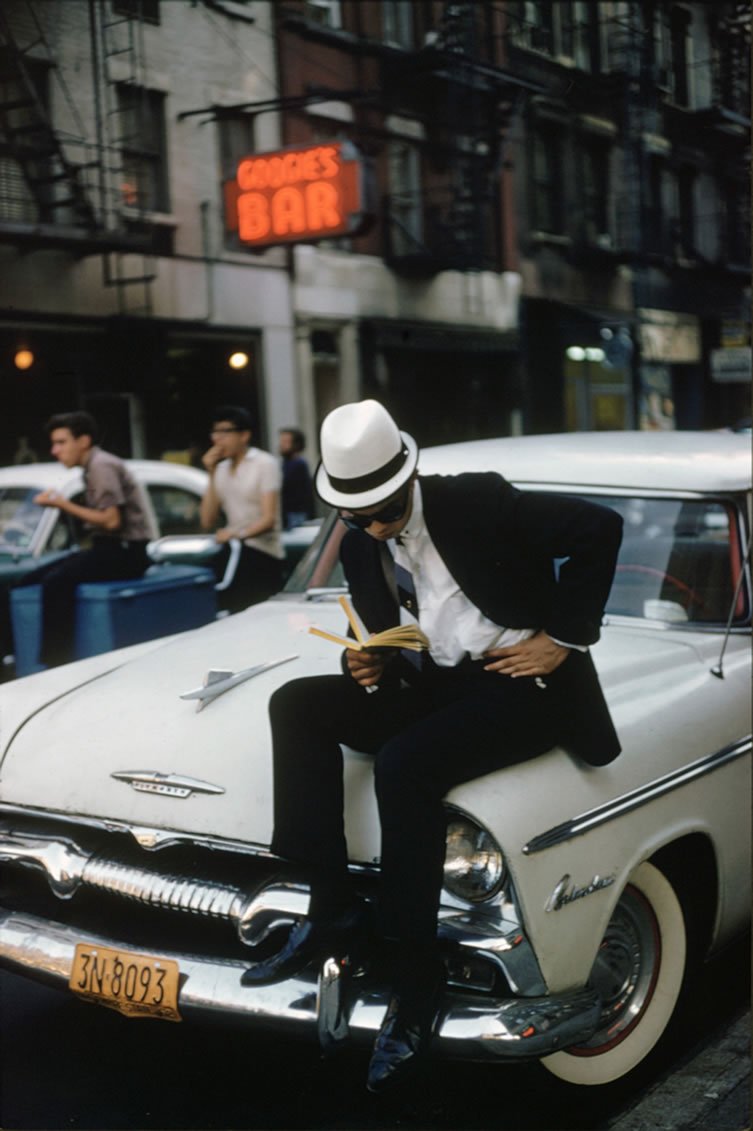 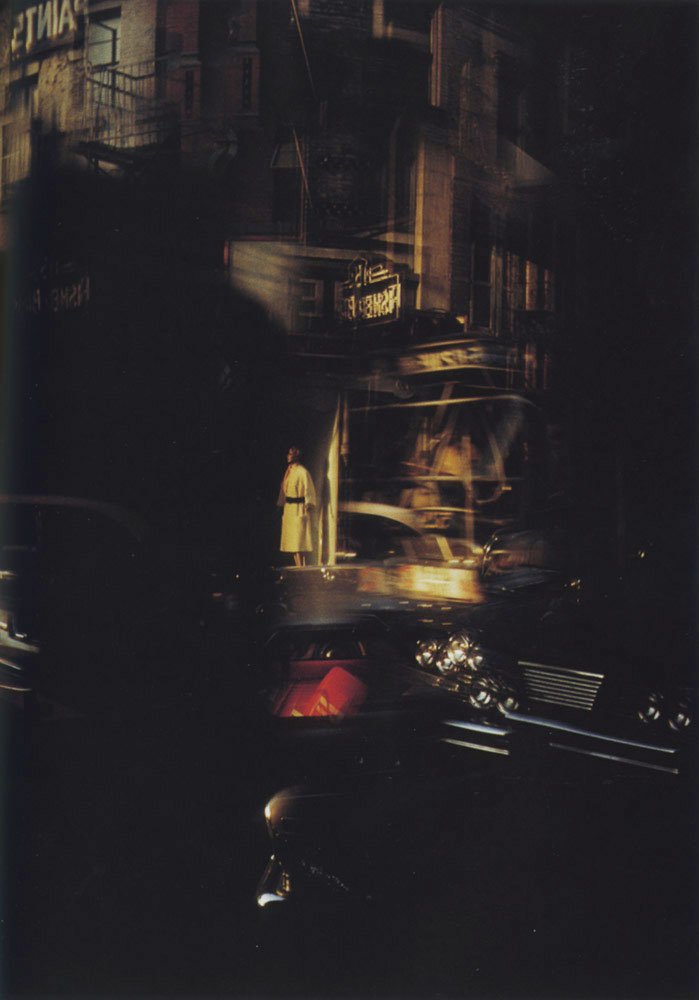 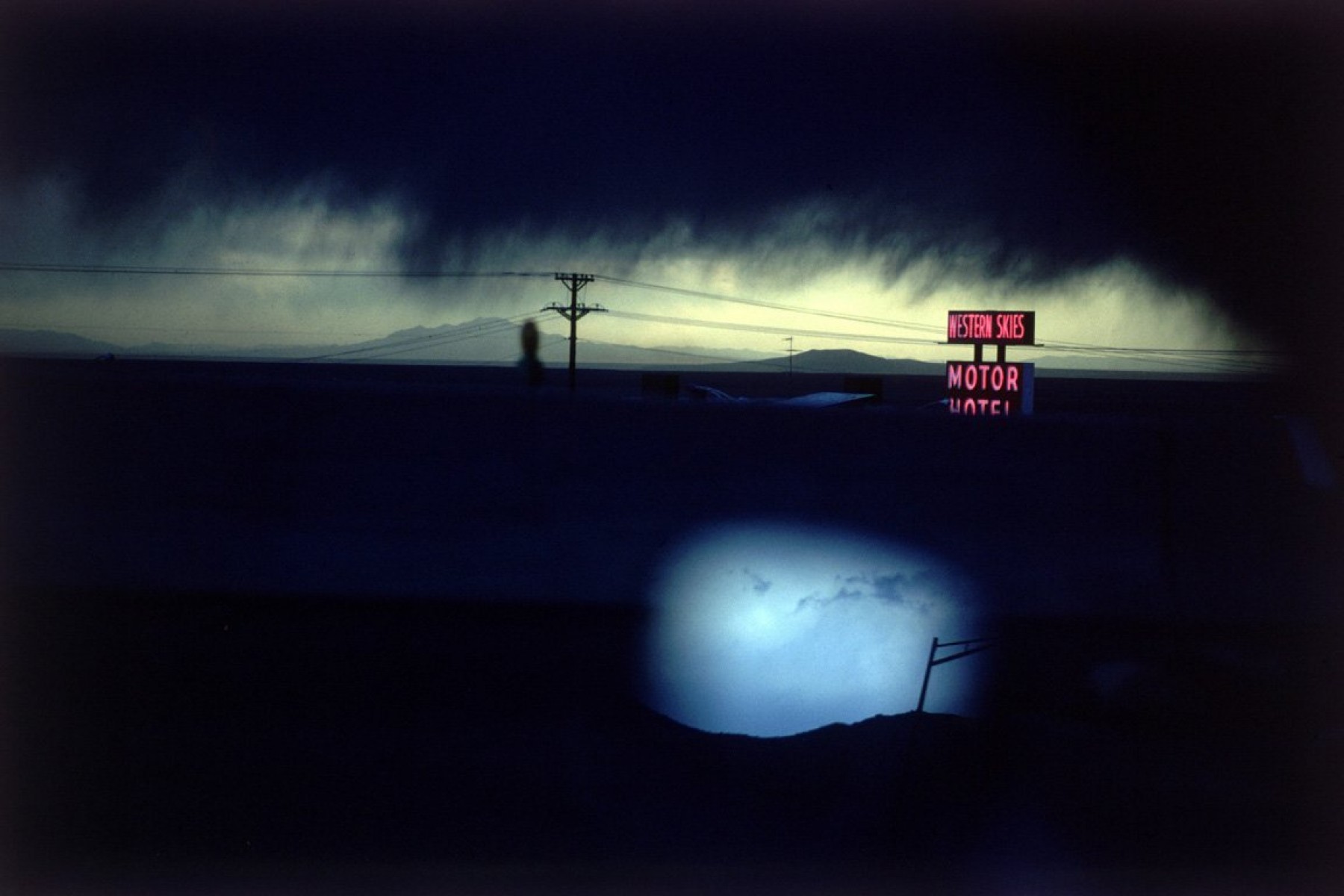 His pioneering use of narrow depth of field, blurred motion, and selective focus, as well as slow shutter speeds, define him as a maverick who was not bound by the conventions of his time. One of the first photographers to work extensively with the dye-transfer process, Haas’ work retains a visual authenticity, unparalleled to this day. Yet his work goes on to enchant and inspire audiences and artists alike.

“There is only you and your camera. The limitations in your photography are in yourself, for what we see is what we are.” – Ernst Haas