Since June 2016 President Rodrigo Duterte came to power and launched a nationwide anti-drug campaign in the Philippines.

Following the results of The Independent Photographer’s 2019 Visual Storytelling Photo Contest judged by VII Photo Agency member Ed Kashi and the nomination of photographer Lynzy billing as competition winner; Billing, whose photograph of a body found on January 14th 2019 in the water below a bridge in Manila tells us more about the 2 years investigation she’s been leading. 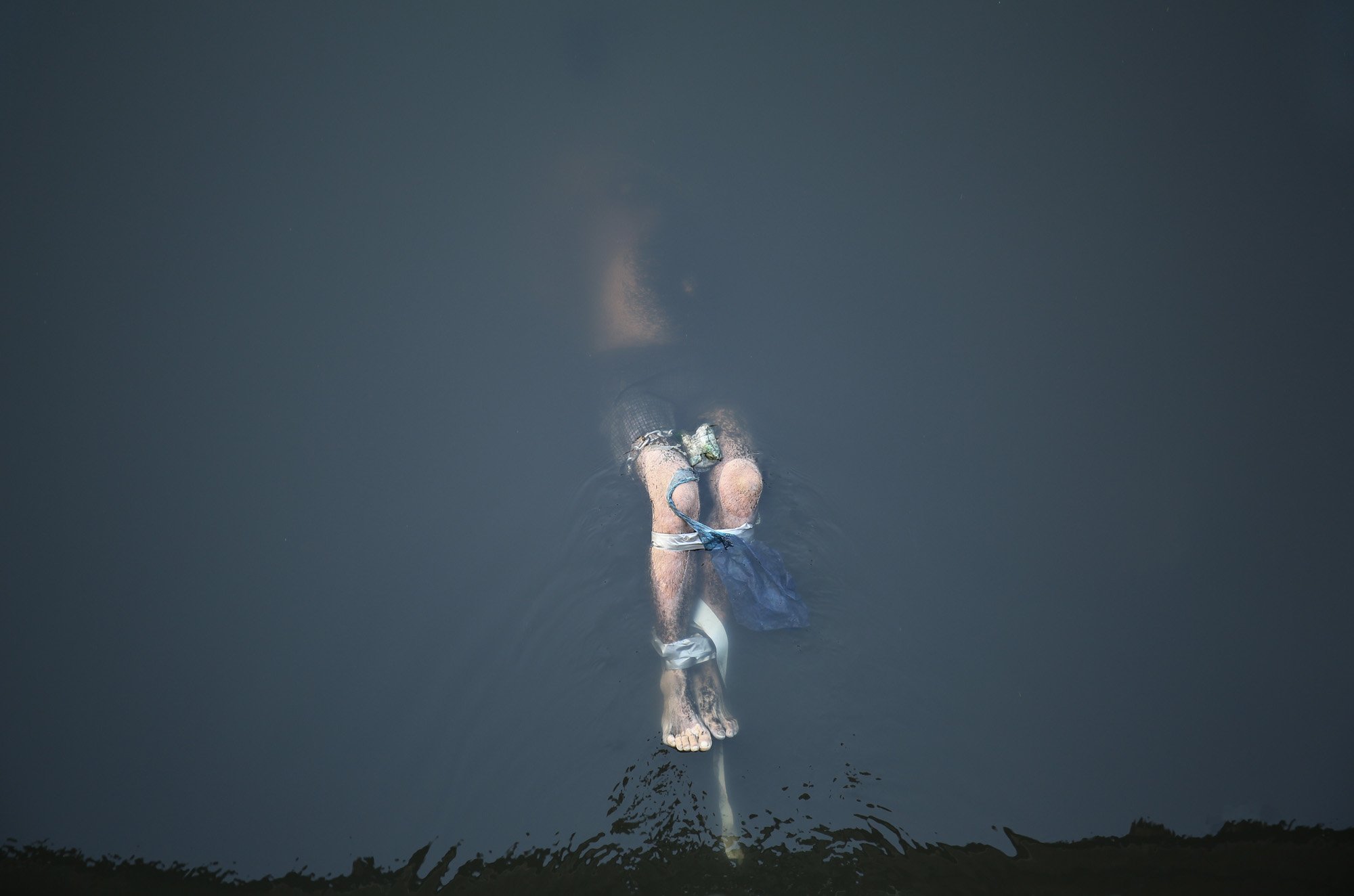 “Just before 3pm on January 14th 2019, I found a body shackled down below a bridge in Manila. He floated there, peaceful in the quiet waters. Knees bent Christ-like, sway from side to side. Weighted down to a concrete filled pail with shackles and his face completely taped up. In the weeks following I investigated. The man’s name was Ferdinand Santos – His story unspools a struggle with drugs, a lost American dream and the lure of fast cash.

After piecing together a timeline leading to recounts of his abduction that night, came a text from his boss: “You don’t know what I’m capable of doing to all of you. This is my last warning to you all. If I see you, or my assets see you, or my cameras see you. Just try me, so you can find out who I really am! I’ll drag your families too! I’ll make pigs out of you!” 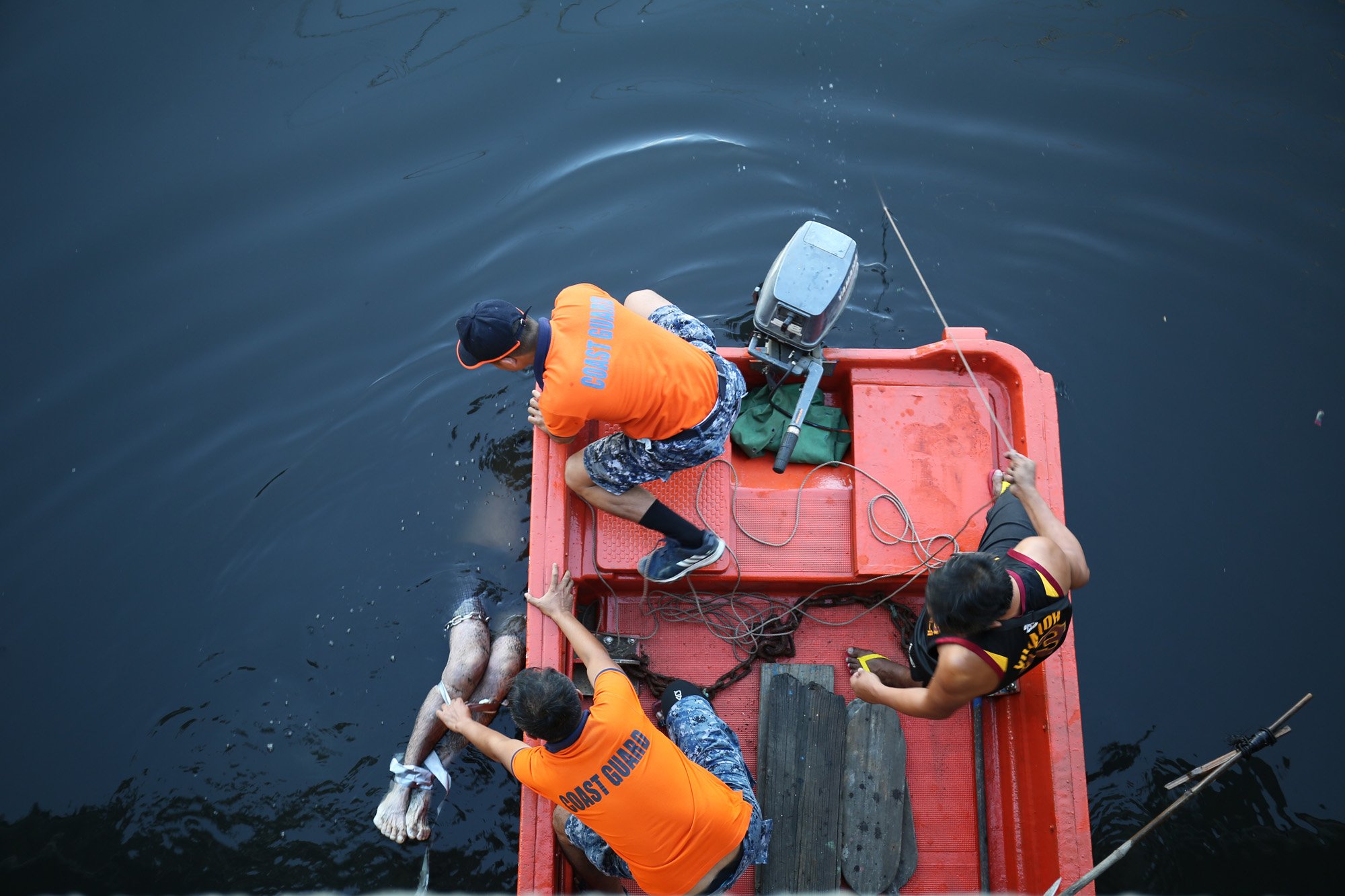 Ferdinand's body is brought ashore by the coastguard. 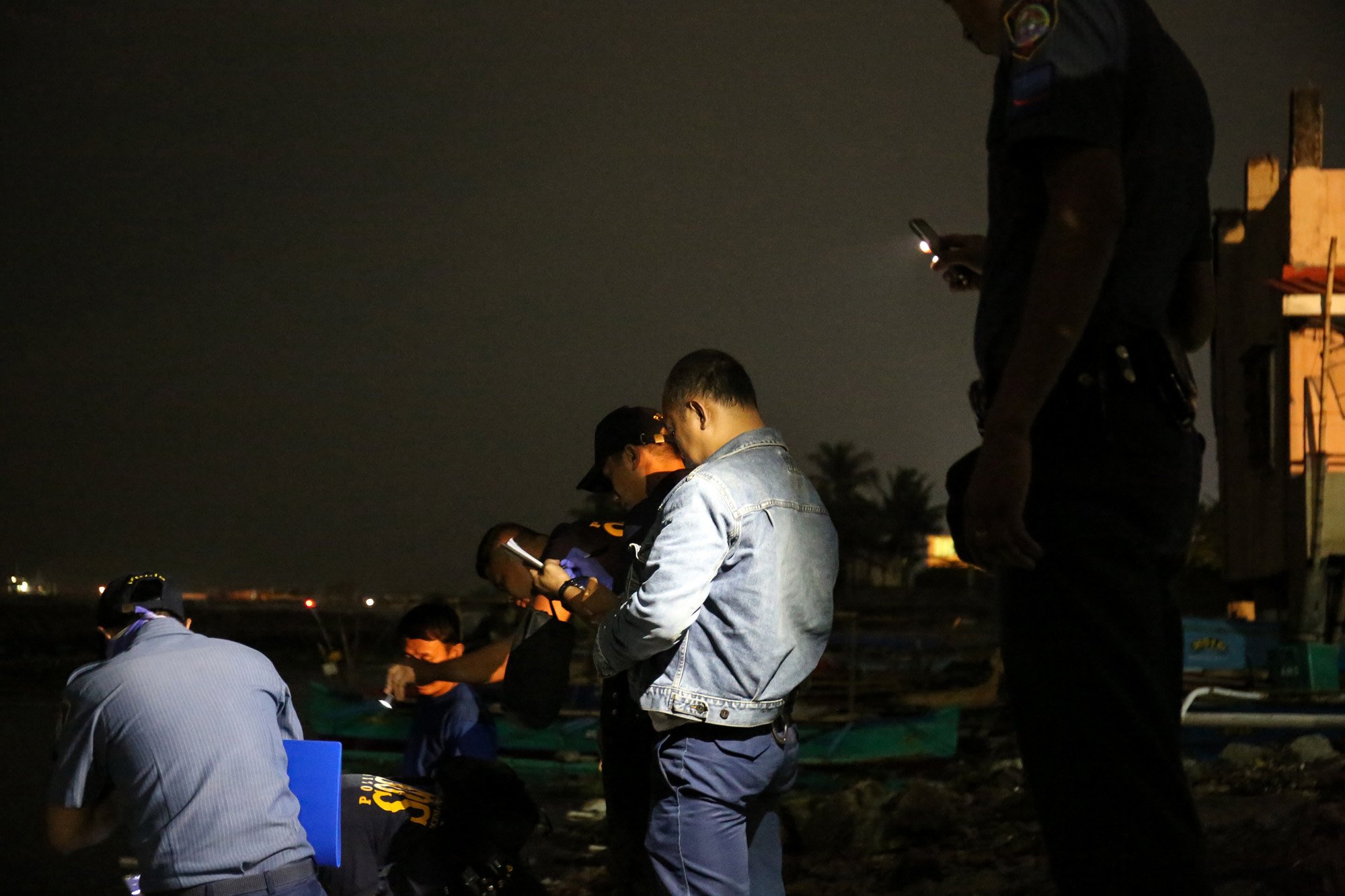 Police officers use their phones to light up the body of a girl found in North Manila.

Ferdinand’s death – one of thousands – paints a painful portrait of the cycle of impunity in a city where many are never identified and the majority of murders are not investigated amid the president’s war on drugs.

When asked about Ferdinand’s case, Manila police said that they could not open an investigation without a witness stepping forward. Thousands of other cases face the same dead end: no witnesses or, if there are, they are too scared to speak. While many deaths like Ferdinand’s remain unresolved, this doesn’t stop human rights advocates and families of the victims from believing these killings were done in the name of the police and the war on drugs. 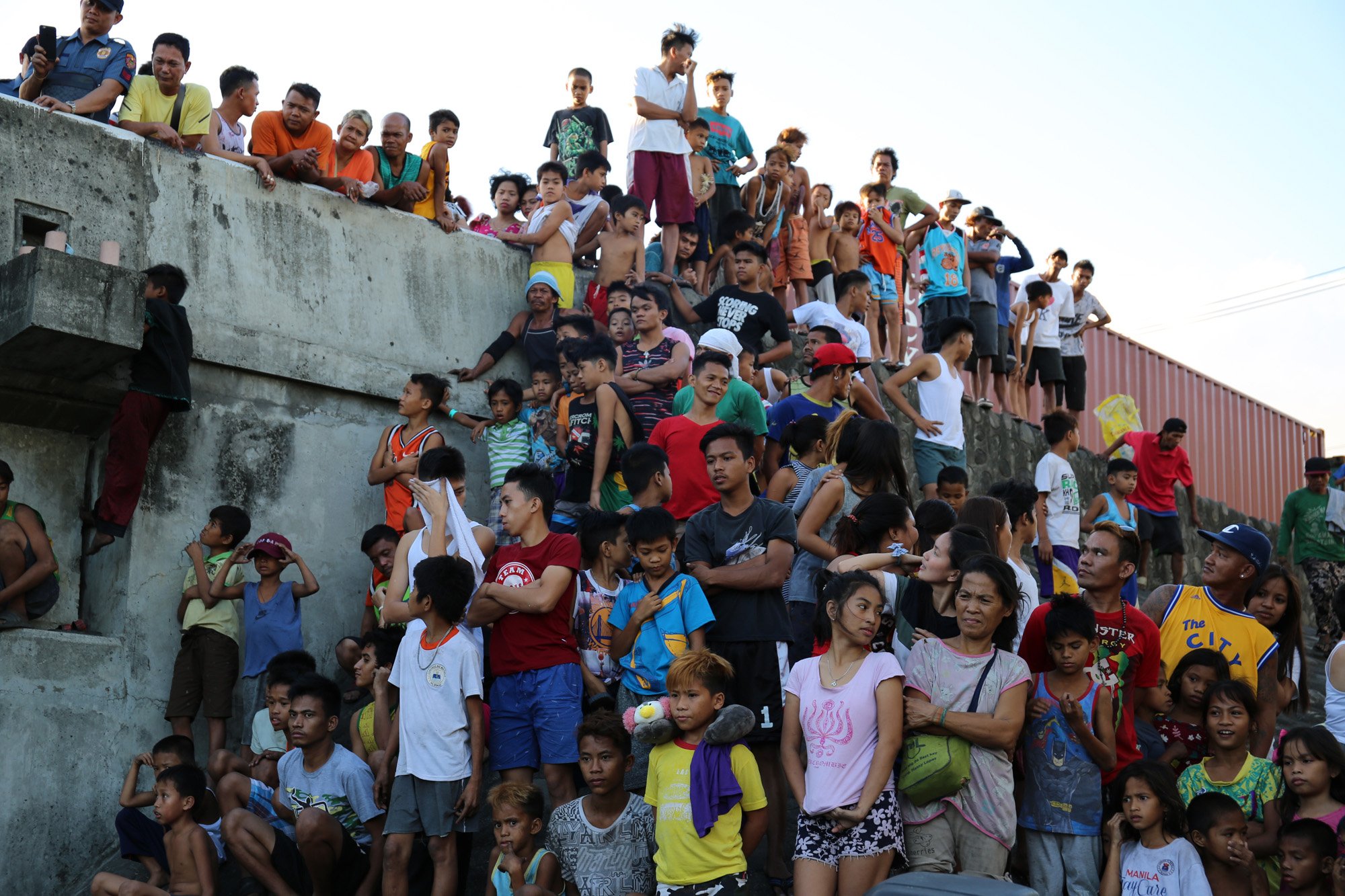 Crowds gather on the bridge above where Ferdinand's body was discovered

Since 2016, thousands of poor people suspected of using or selling drugs, or otherwise linked to drugs, have been killed by police and unknown armed persons. While during the first year of Duterte’s tenure as president these killings were fairly well-documented, now they often go unreported, contributing to a perilous normalisation of extrajudicial executions, police abuses, erosion of the rule of law and victimisation of the poor in the country. This situation leaves the victims’ families feeling even more powerless and isolated than before. 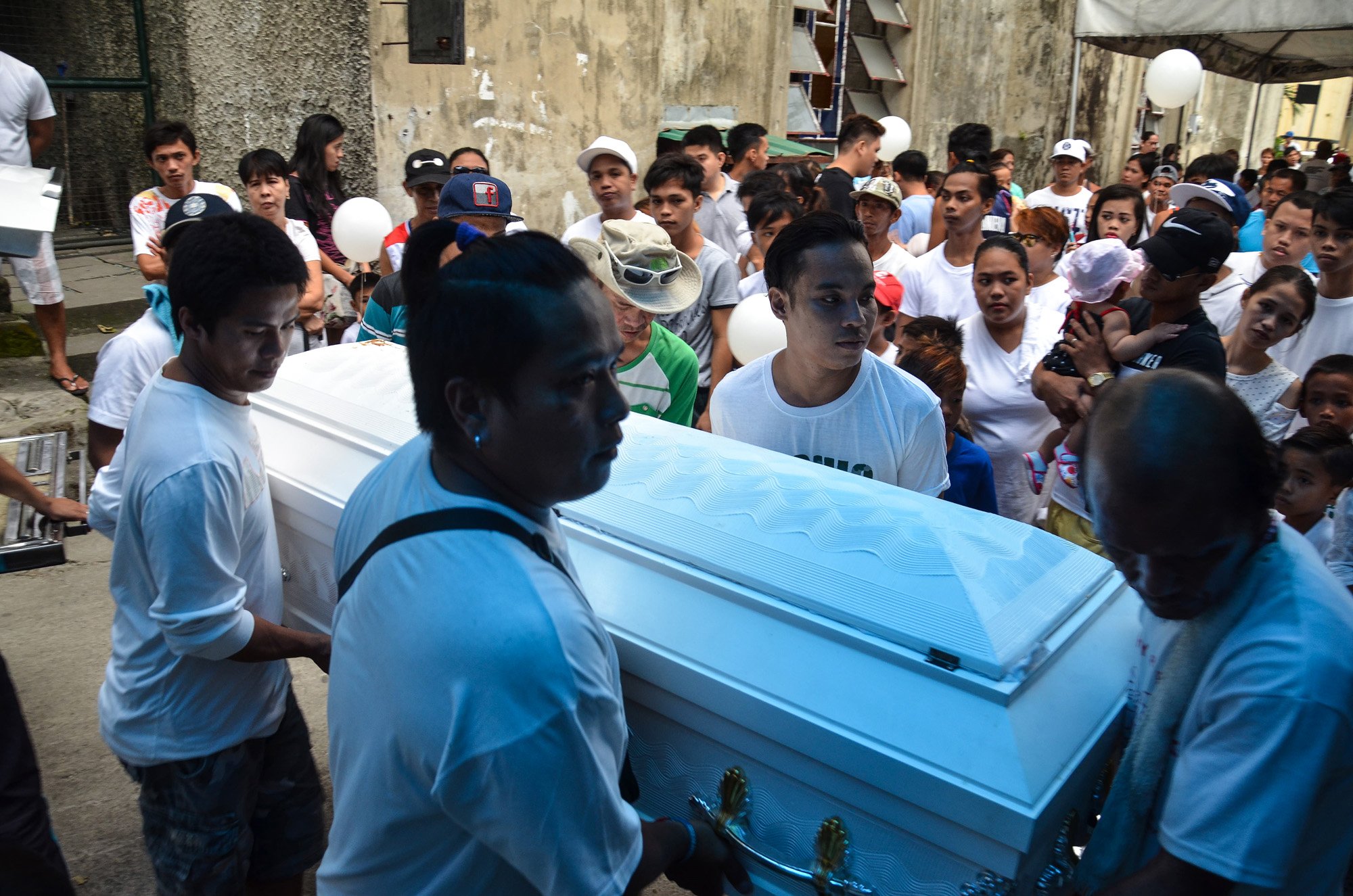 The coffin of Enrico F. Bernal, a 35-year-old tricycle driver at his wake in Navotas. Enrico was killed on October 11, 2017 in Navotas. 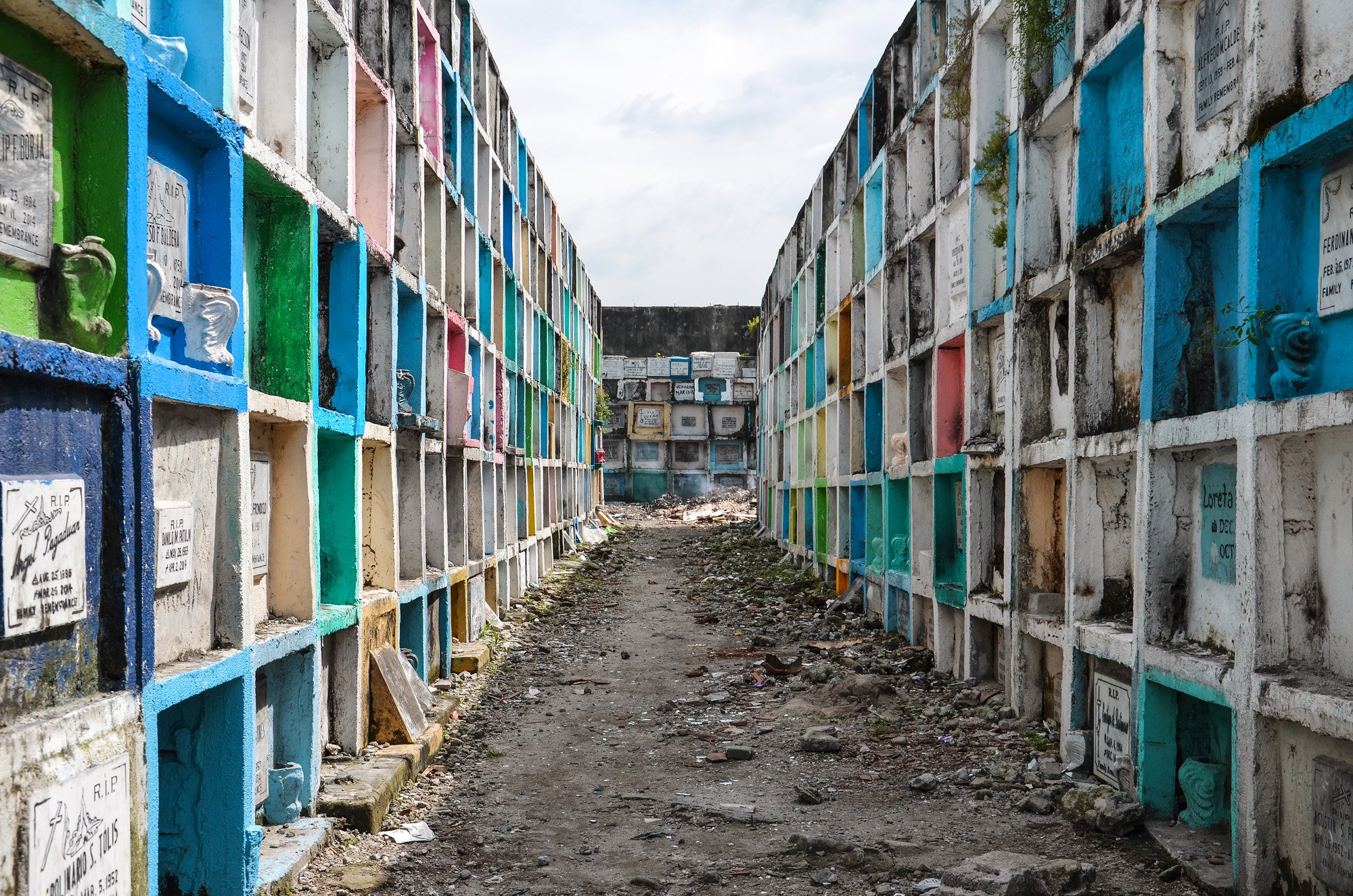 Due to the government’s tactics of deliberate obfuscation and misinformation, it is impossible to know exactly how many people have been killed in the anti-drug campaign. According to Philippine National Police figures, at least 6,600 “drug personalities” were killed in police anti-drug operations between July 2016, when the campaign began, and the end of May 2019 – an average of six a day.

The last time the PNP released figures on this category of killings was in mid-2018, tallying more than 23,000 such cases. The police say over 10,000 of those homicides are not believed to be drug-related, that the motive in another 10,000 is yet to be determined, and that only around 2,600 were believed to be drug-related killings. The Commission on Human Rights, however estimate a death toll as high as 27,000. 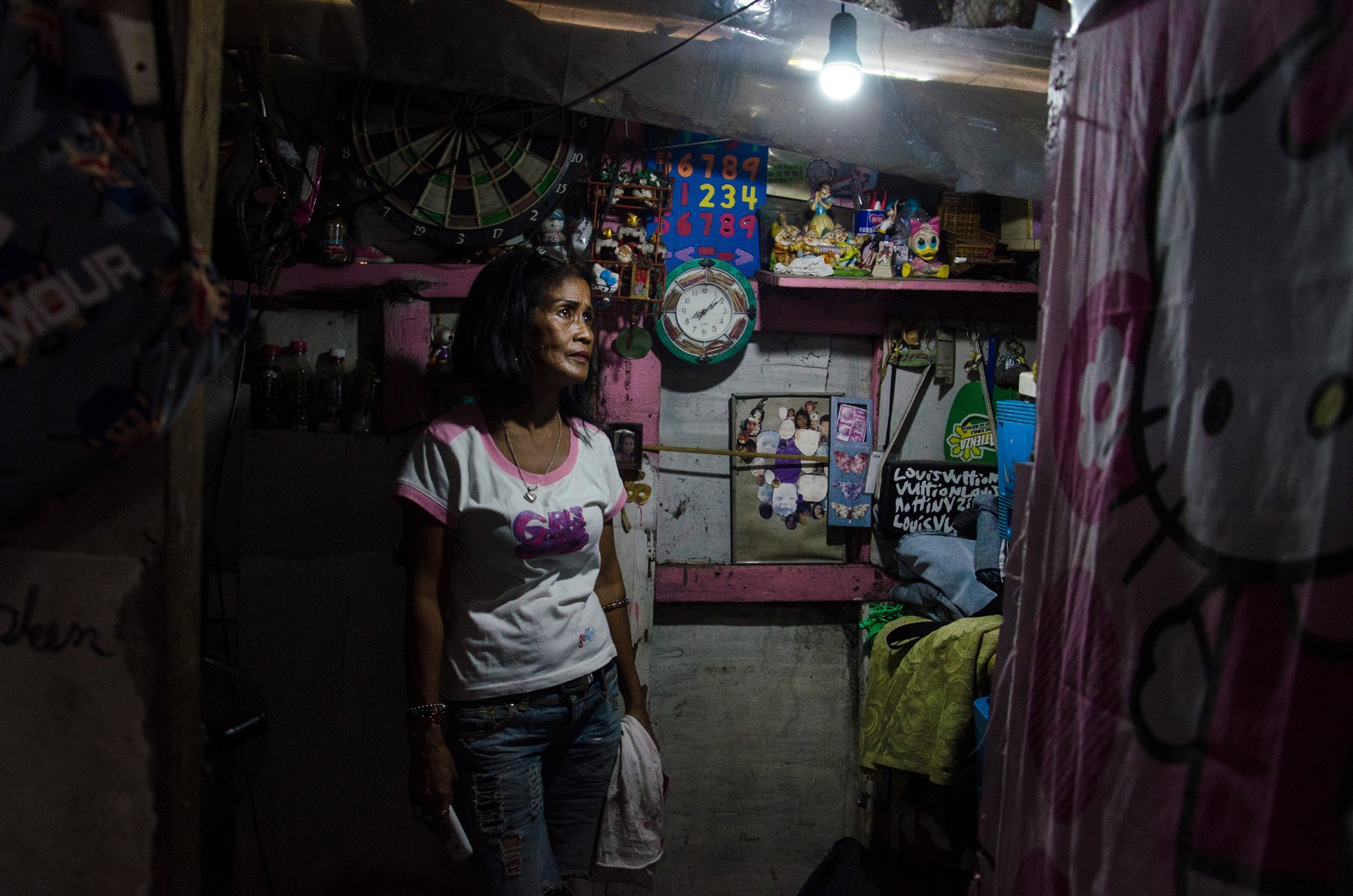 Carmelita Bajacan stands in her shanty home built on top of her son, Irish’s grave in Manila North Cemetery.

President Duterte has repeatedly defended his administration’s “war on drugs,” saying people involved in drugs are “criminals” and that their killing is “justifiable.”

Both local and international human rights groups, including Amnesty International, have documented serious crimes under international law and other human rights violations resulting from anti-drug operations, including extrajudicial executions. Despite international condemnation, Duterte’s administration remains defiant. In fact, the president warned in early 2019 that the second half of his six-year term will only be harsher, stating that “the last three years of my term will be the most dangerous for people into drugs.” 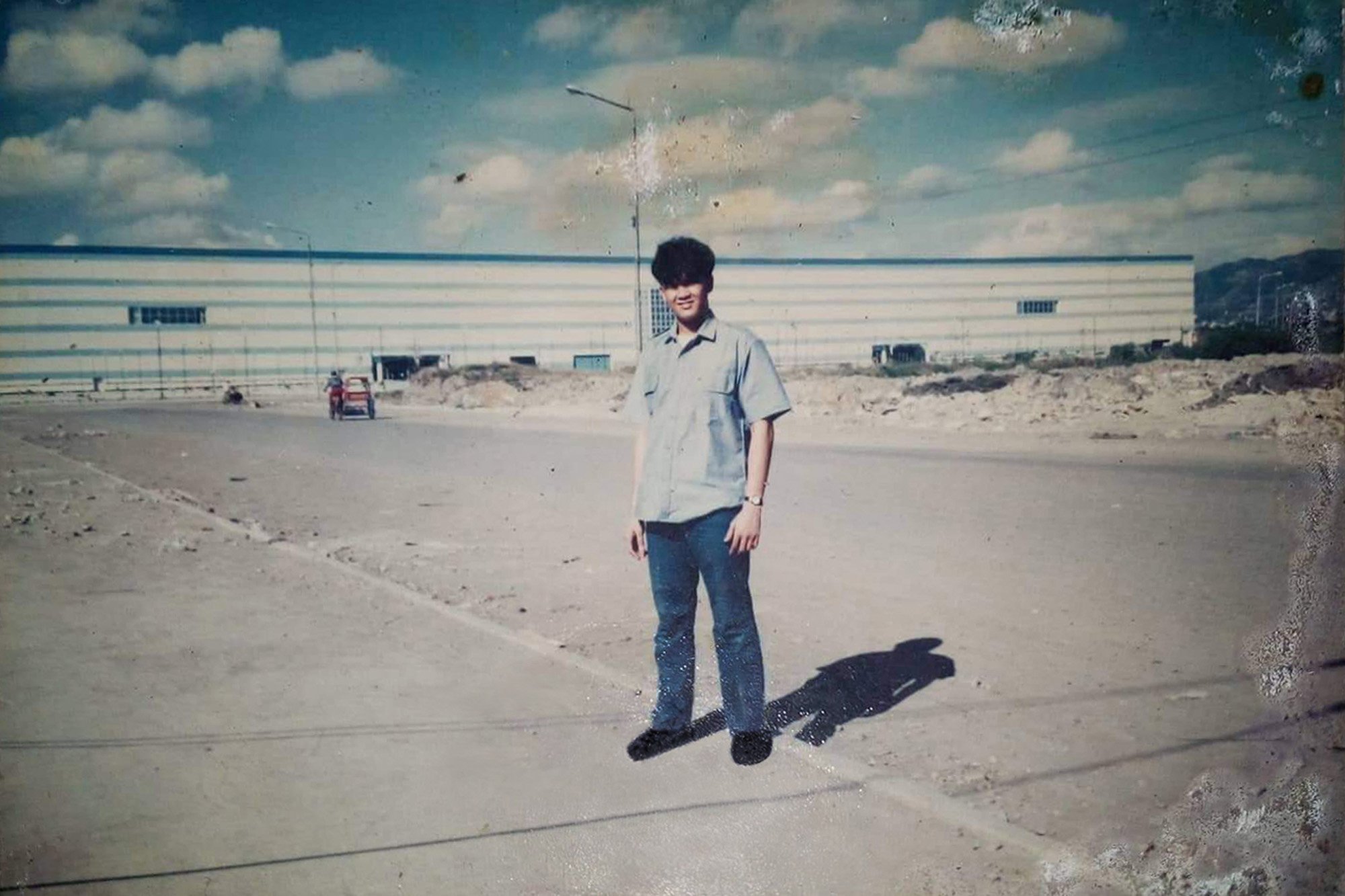 A young Ferdinand Santos while he was training to be a seaman and applying for a visa to the US.

The loss of a breadwinner, and the staggering costs of burial – compounded by funeral home rackets involving the police – push poor families even deeper into poverty.

And many families find themselves facing the same dead end, unable obtain justice for their loved ones, citing the enormous obstacles to filing cases, the extreme difficulty of obtaining police or autopsy reports, and authorities’ failure to investigate, and their immense fear of retaliation. 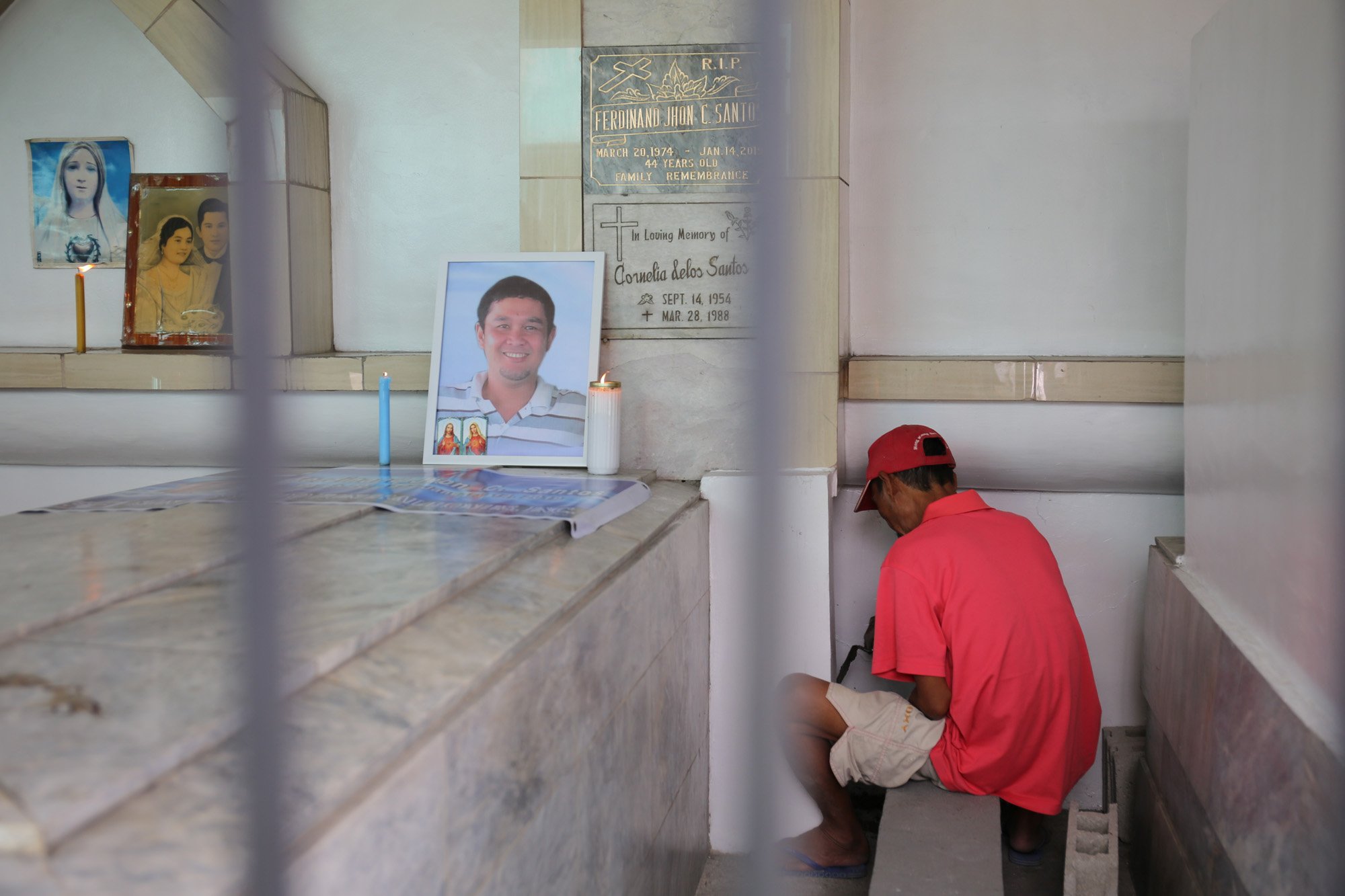 It was a brief church service on January 22nd. Santos’s ashes were tucked away behind a tomb in the family mausoleum at a cemetery in San Jose del Monte.

A new report recently published by Amnesty International calls on The UN to immediately open an investigation into gross human rights violations and possible crimes against humanity committed as part of the “war on drugs.”

The new report, ‘They just kill’: Ongoing extrajudicial executions and other violations in the Philippines’ ‘war on drugs,’ shows police operating with total impunity as they murder people from poor neighbourhoods whose names appear on manufactured “drug watch lists” established outside of any legal process.