As the 19th century passed into the 20th, photography came to a crossroads, bridging the gap between industry, science and art as well as representing a milestone in modernity.

Photography had had a profound effect on all types of artistic and non-artistic representation and was immediately integrated into the artistic and commercial context of European society, including in Portugal where it produced an innovative portrait of contemporary culture. 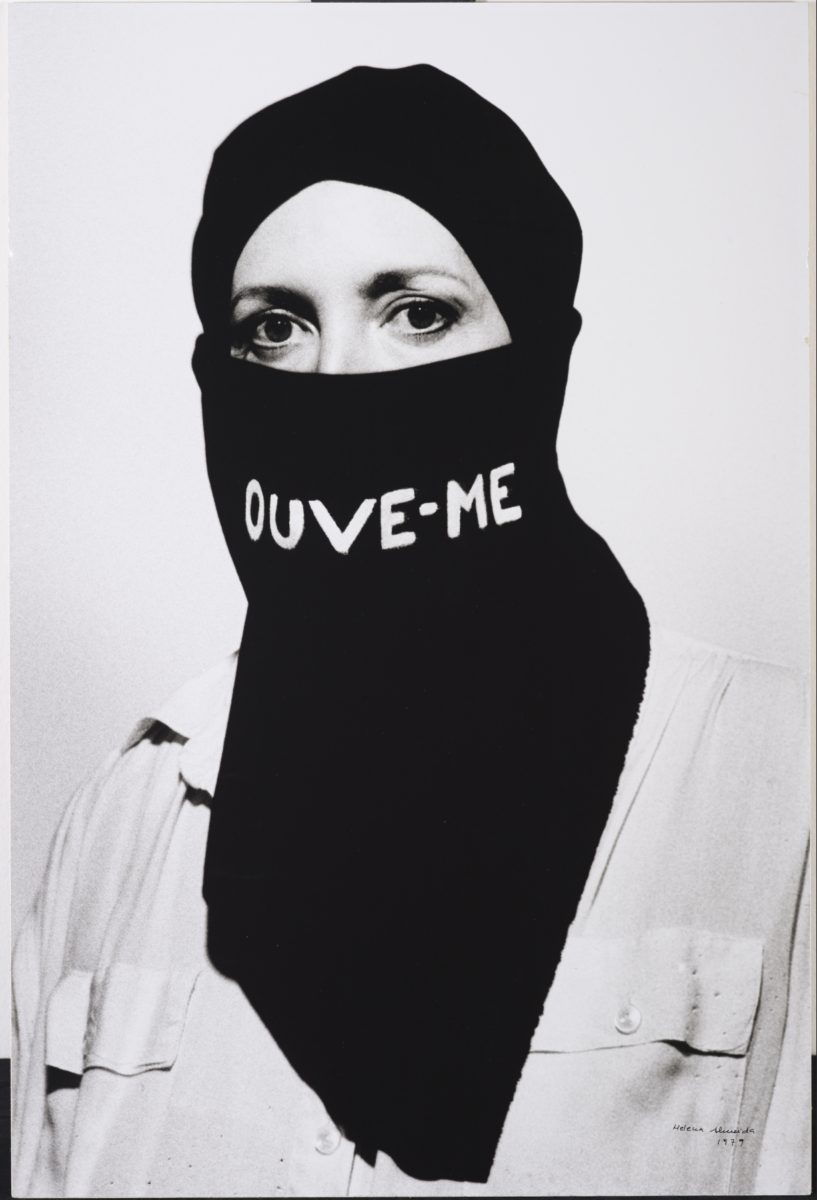 Helena Almeida is associated with the Body Art movement, and her performances tackle the portrayal of women in history. A multidisciplinary artist, Almeida’s radical, self-reflexive works regard the body and photography’s relationship to the other plastic arts, such as painting. She has represented Portugal twice at the Venice Biennale. 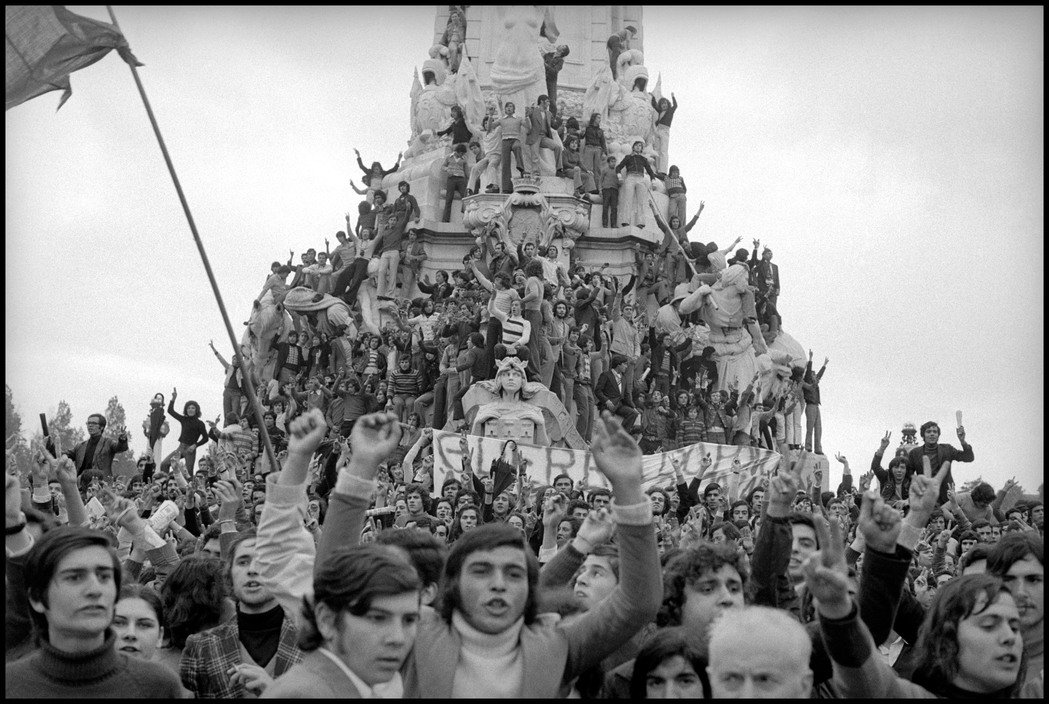 In 1974, French photographer Gilles Peress was in Portugal when a military coup challenged and overthrew the authoritarian regime of the Estado Novo of Portugal. Initially organized by the Armed Forces Movement, it consisted of military officials who opposed the regime but soon gathered a popular campaign of civil resistance. Together, the people and the military would lead to the fall of the government and the eventual withdrawal of Portugal from its African colonies. 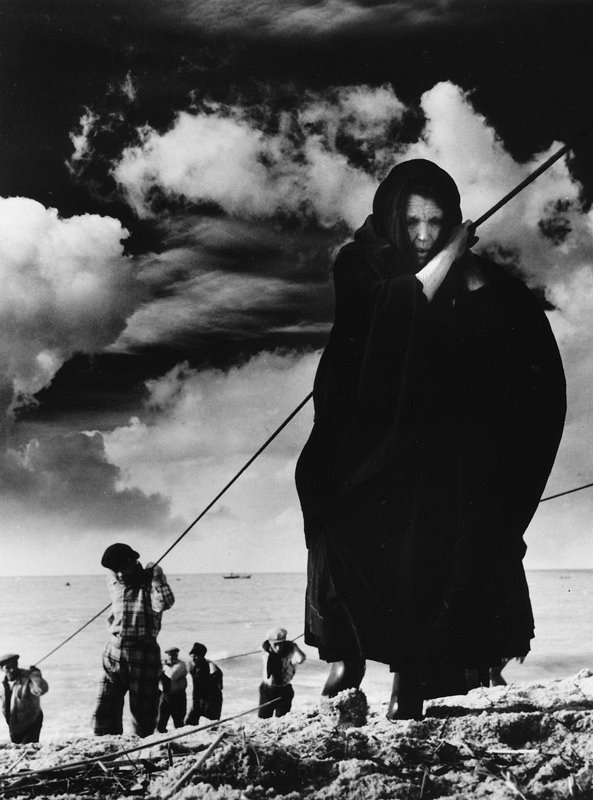 One of Portugal’s most acclaimed photographers, and largely considered the country’s foremost photojournalist, Eduardo Gageiro had his first photograph published on the front page of Diário de Notícias when he was twelve. He has been photographing avidly ever since, working as a reposted for various publications and press agencies and winning prizes at The World Press Photo awards. His aesthetic and compositional methods can be equated to the likes of W. Eugene Smith with an eye forever seeking humanity in subjects. 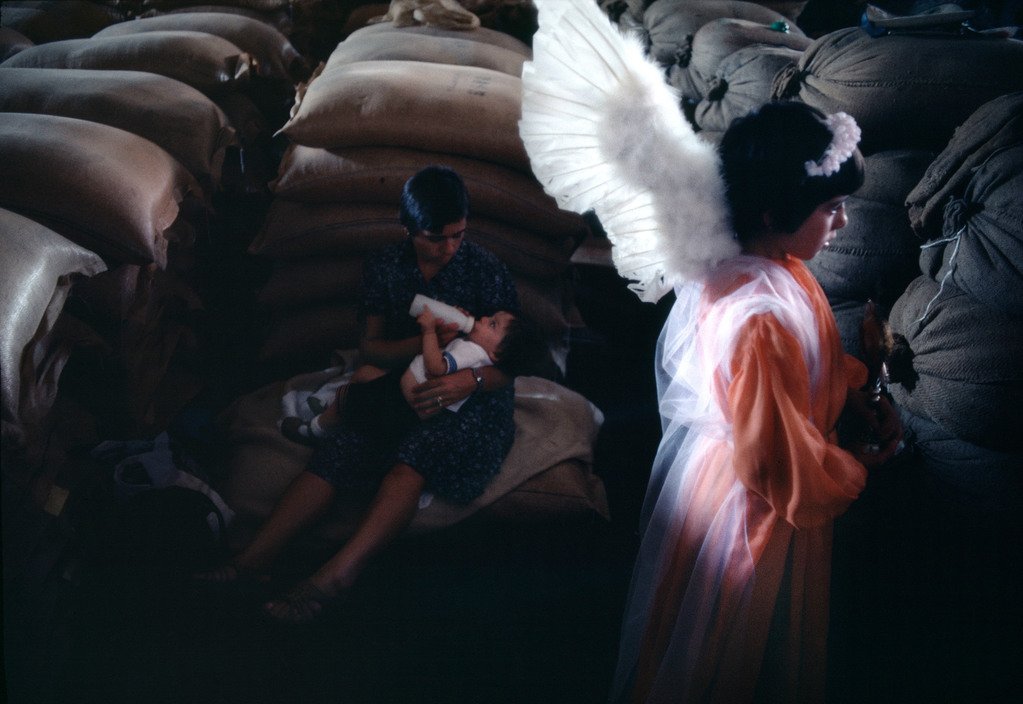 Bruno Barbey’s amazing ability to imbibe each of his photos with a spiritual sereneness is exemplified in this photo in which a young child dressed as an angel, is positioned in just the right place as to be hit by a solitary ray of sunlight. Behind, a parent feeds their child, in what could be a modern nativity scene, harking of the Biblical tale of the birth of Jesus. 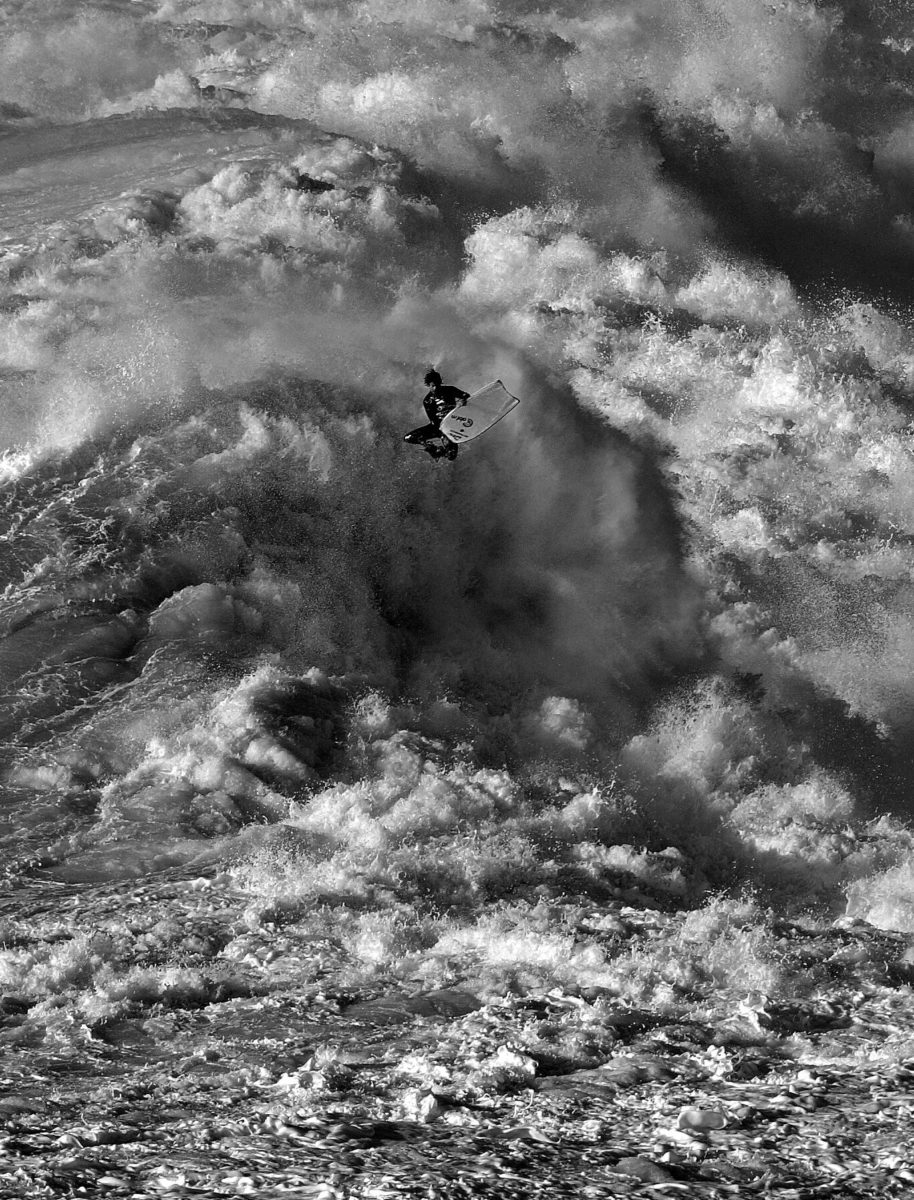 Miguel Barreira captures the moment that bodyboarder Jaime Jesus caught a huge wave during the Nazaré Special Edition championship. One of the most important sports contests in Portugal, Jesus was tackling over five-meter waves and won the prize for biggest wipeout during the competition, making it out unharmed, just a little more wet. For this photo, Berreira won the third prize in the World Press Photo sports category of 2008. 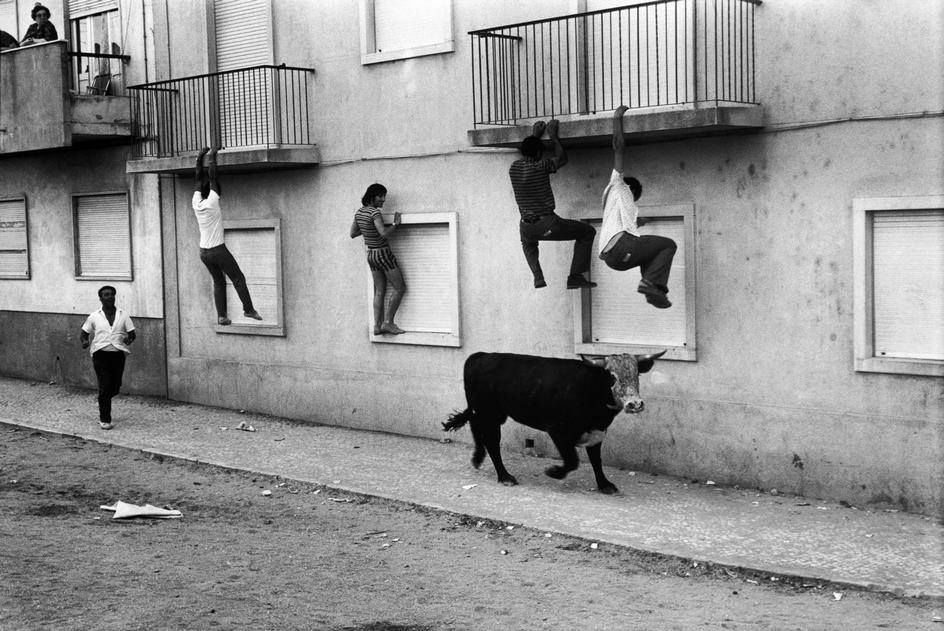 Joseph Koudelka’s iconic shot of a bull wreaking havoc on the streets of Estremadura is both comic and charming in its serendipity. As people shuffle out of the way to avoid its horns, the bull is seen to almost cheerfully walks off, having completed its dirty work. Koudelka exhibits courage by remaining on the ground to document the incident, fully aware that the bull could come for him at any given moment. 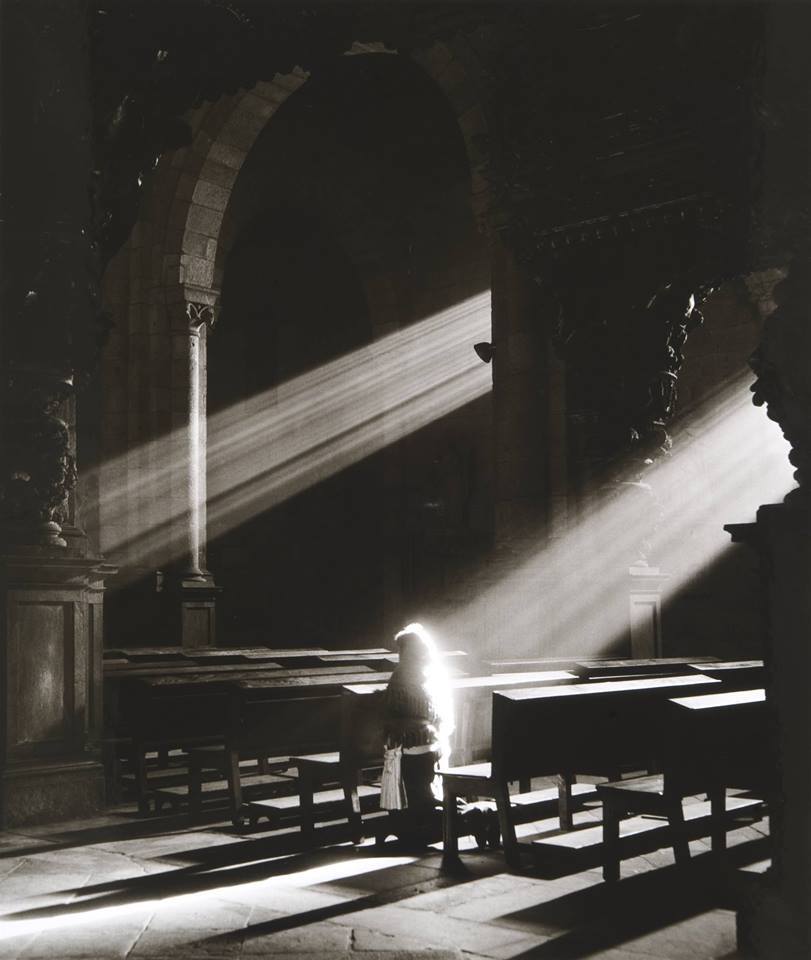 Whilst finishing Agricultural studies in Evora, Portugal in 1942, Artur Pastor decided to use photographs to illustrate his final thesis. It was in doing so that he developed a taste for photography that would fascinate him for the rest of his life. After graduating he began to compose photos for the Ministry of Agriculture in Montalegre and later moved to Lisbon. 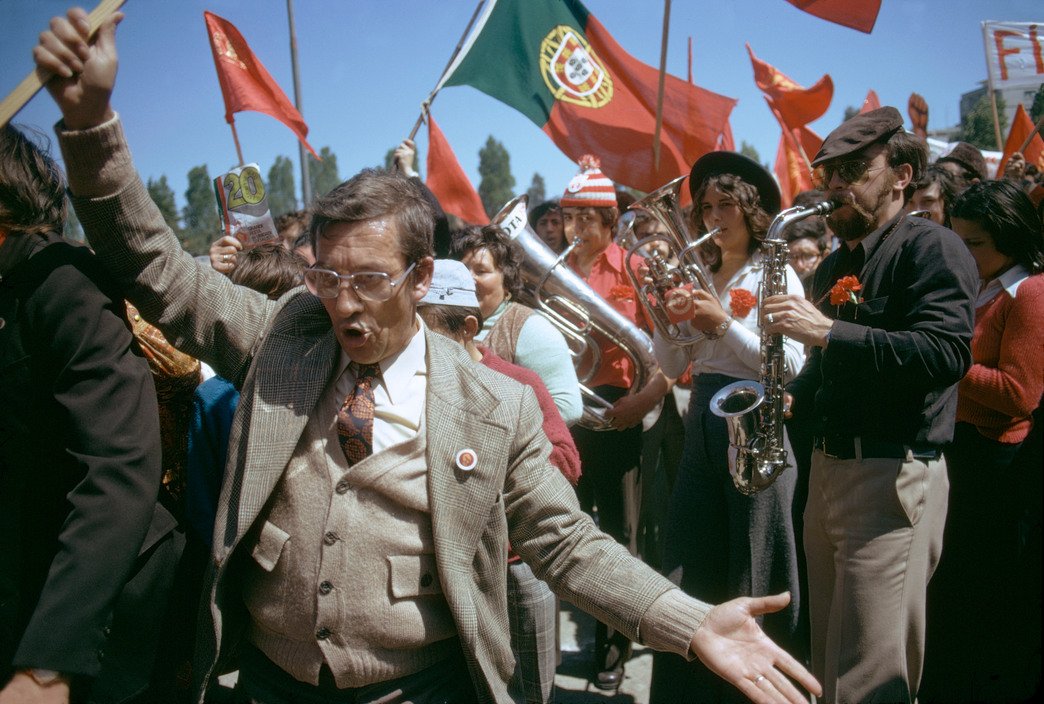 After the military and people’s coup of 1974, Portugal was plunged into a chaotic era where the leftist parties failed to make a majority government possible and the Socialist and Communist parties were forced to construct a minority government to counter the void left by the fall of the authoritarians.

French photographer Jean Gaumy had been chronicling for Magnum photos the fall of the right and rise of the left as it unfolded before him. His photos became a great document of developing agricultural life in Portugal, but he later branched out to documenting interiors, communities, and individuals to produce one of the most well-rounded and important chronicles of rural life in Portugal throughout the 20th century. 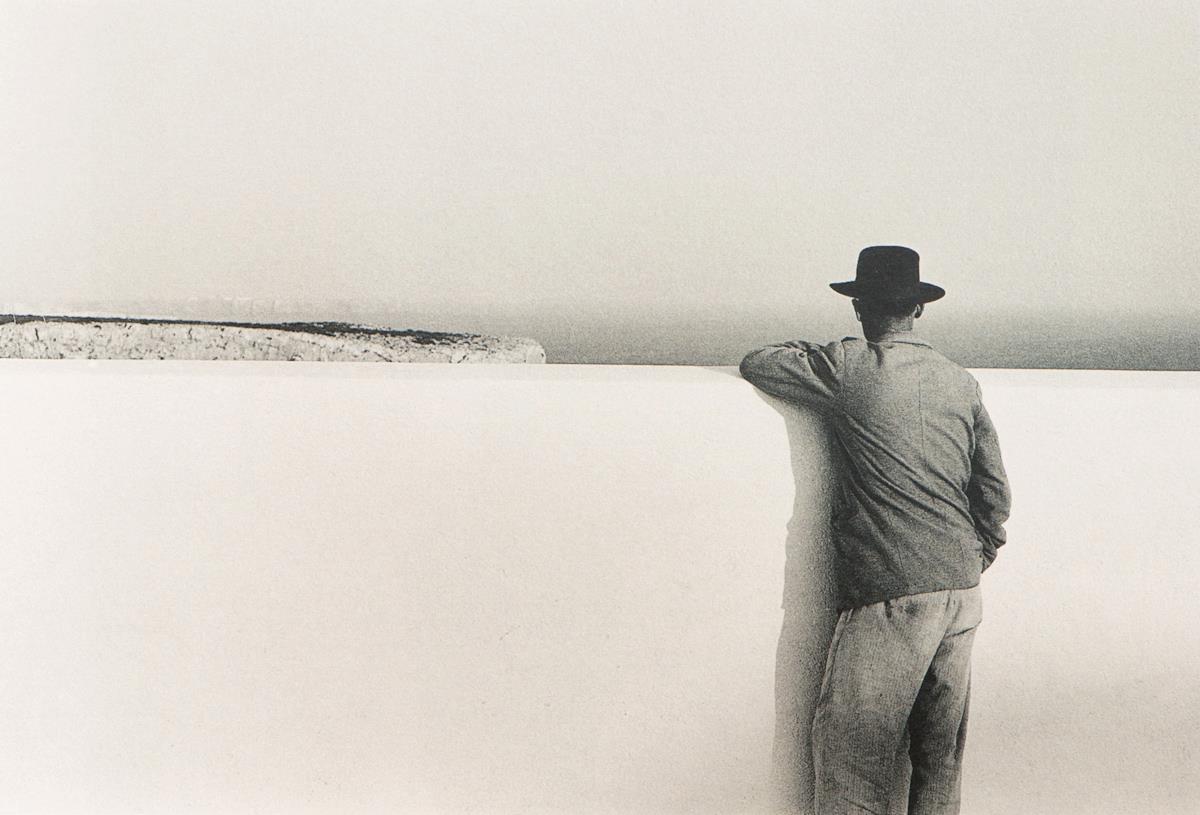 Castello Lopes lived most of his life in various cities in Europe, later settling in Paris to study economics. Though his academic life revolved around numbers, his true passion was cinema and photography. The son of a movie-industry professional, Castello Lopes became involved in multiple Portuguese film productions, and later was one of the founders of the Portuguese Center of Cinema. As a self-taught photographer, inspired by none other than Cartier-Bresson, Castello Lopes’s love of the arts transcended painting, sculpture, cinema, literature and influenced his photography. 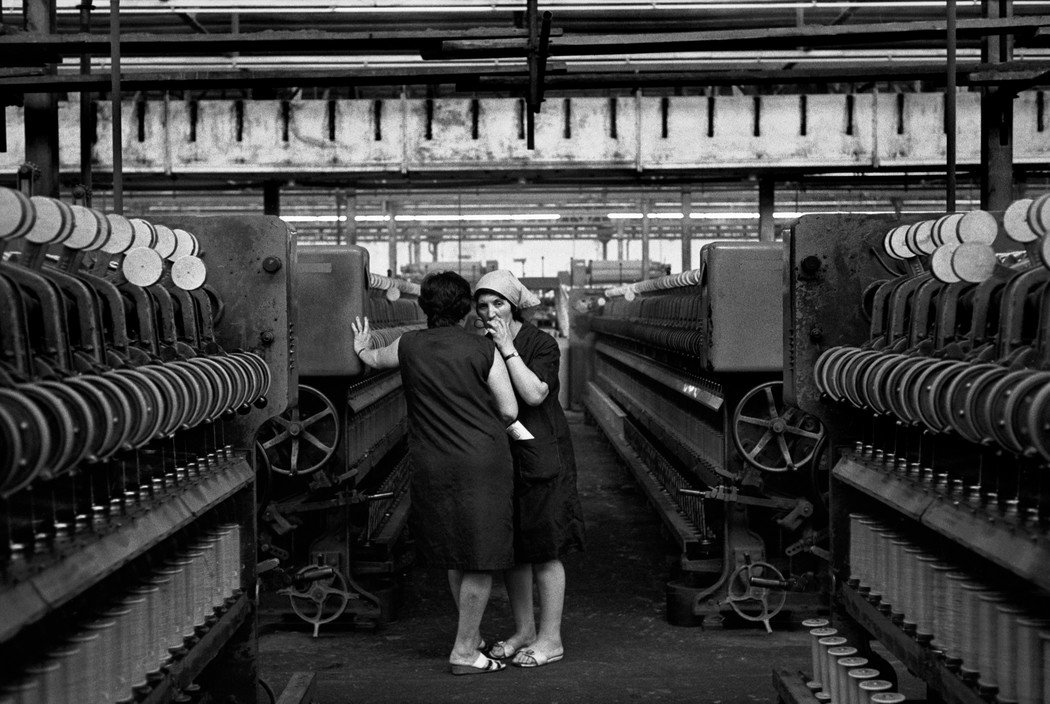 French-born Guy Le Querrec first made his name shooting jazz musicians in London in the late 1950’s and was asked to join Vu agency in the early ’70s by founder Pierre de Fenoyl. In 1972 he began his own agency, Viva, but left the masthead after he was asked to join Magnum photos in 1976. Querrec, coming from a musical background, has said to have seen all scenarios in a musical sense.

This image of industrial workers taking a break amongst the machines recalls the sounds of organs in a church or the rows of orchestral musicians in a concerto. It is also an interesting exploration of Portugal as it developed its burgeoning industrial landscape in the late 20th century.