“Life is a farce, the skill is in showing it” – Richard Kalvar

For over five decades, New York born photographer Richard Kalvar has been capturing the intriguing theatre of quotidian life across the globe with remarkable wit and dexterity, and a unique veracity that evokes some of the greatest practitioners in history. 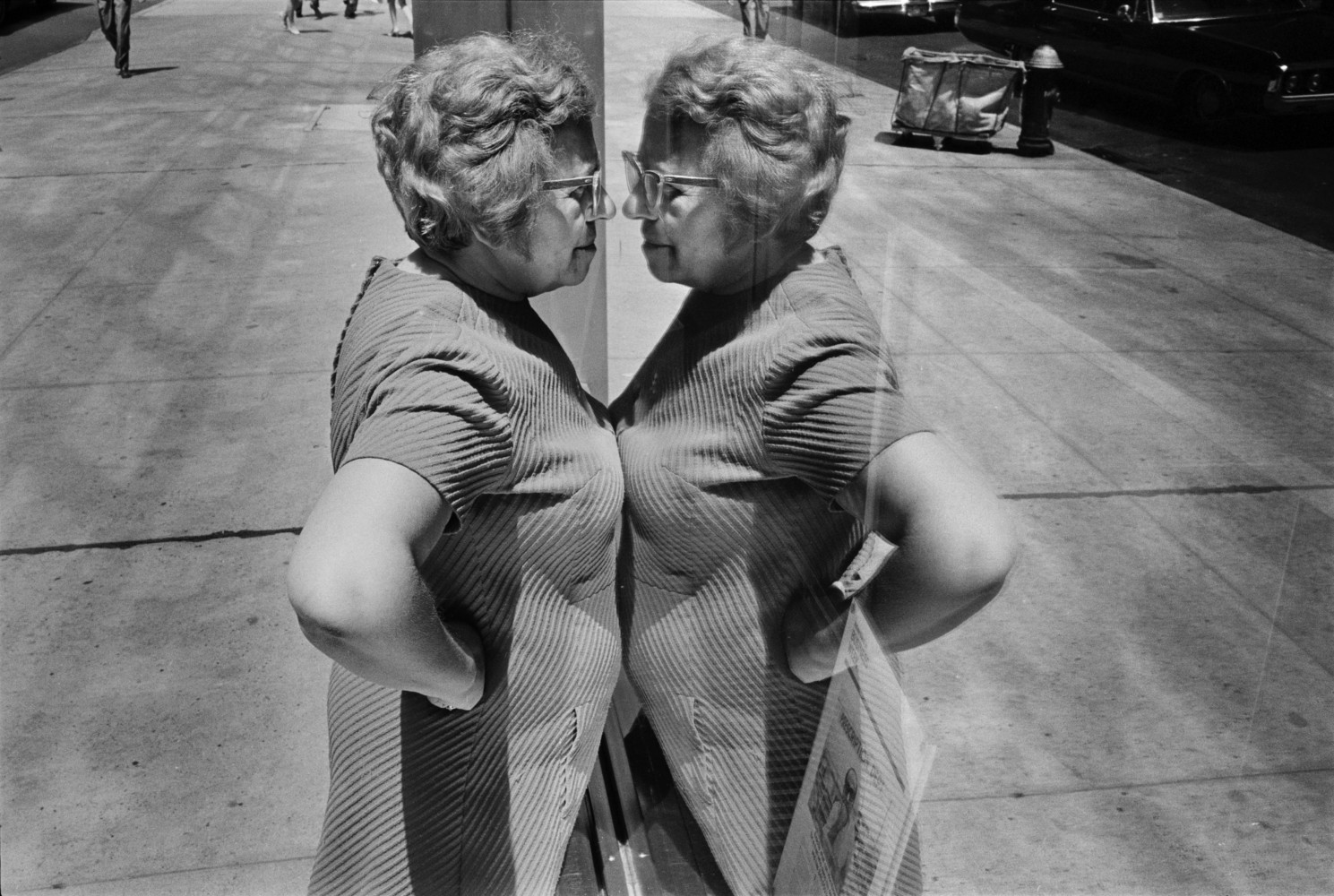 His introduction to the medium came during his early twenties when he was hired, by his own admission ‘out of the blue’ as an assistant to French fashion photographer Jérôme Ducrot, who gifted Kalvar his first camera.

It was around this time that he discovered the work of André Kertesz, who he asserts,  “had an extremely personal way of interacting with the ordinary things of the world”, an approach which resonated with the young Kalvar, serving as a refreshing antidote to the overly descriptive and thus in his opinion, “boring”,  images he had previously associated with the medium. 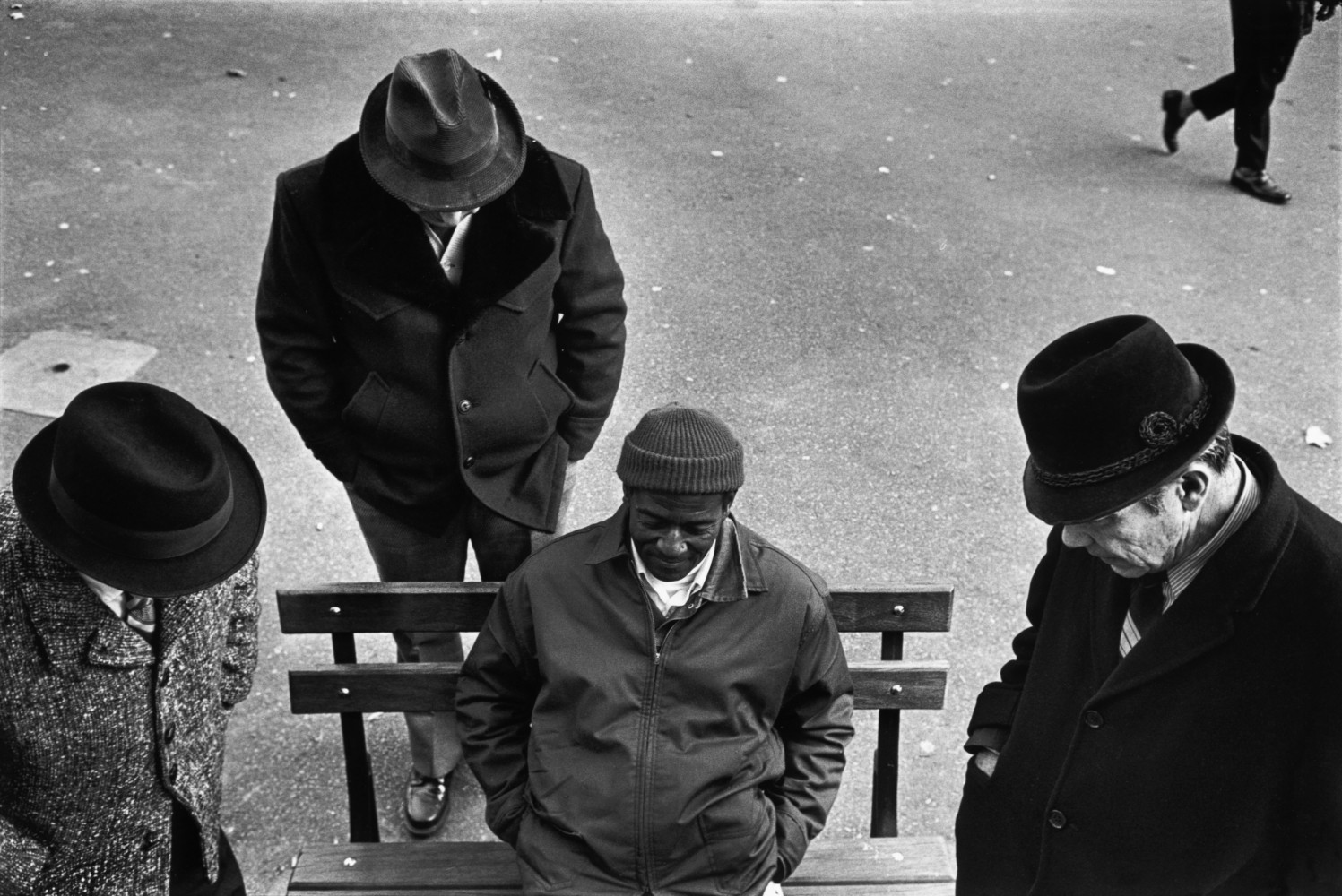 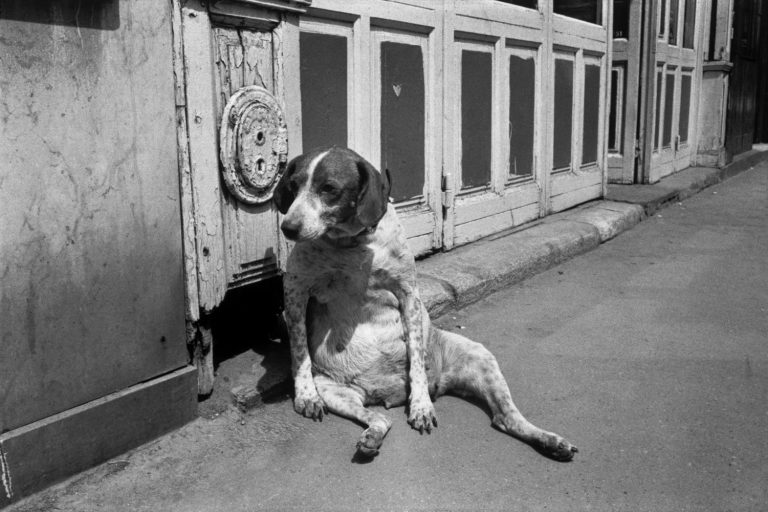 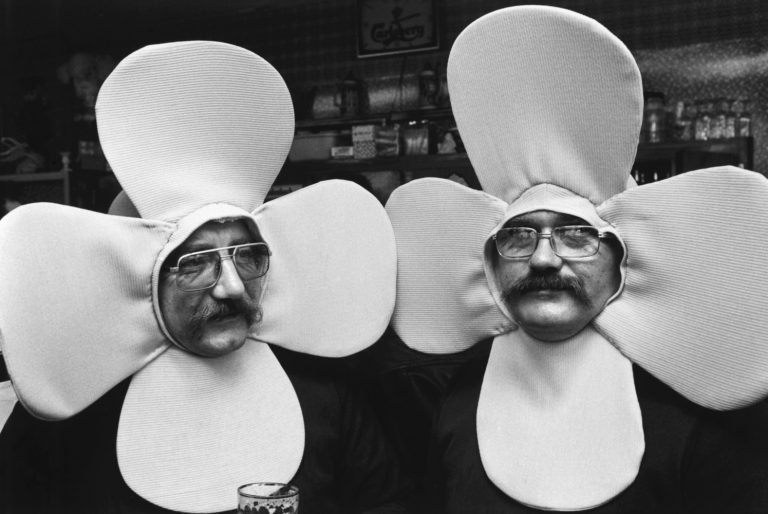 However, it was his extended sojourn around Europe shortly after which truly catalysed his interest, transforming his burgeoning curiosity into a fully-fledged passion:  “I went as a young man curious to see a new world, and I took a camera along almost as an afterthought. But as the trip went on, I found that I was spending more and more time taking pictures, and enjoying it more and more. I understood that I was really looking for something particular in my photographs and I began to get a sense of what it was. By the time I went home after ten months I was totally obsessed. I knew I was a photographer.” 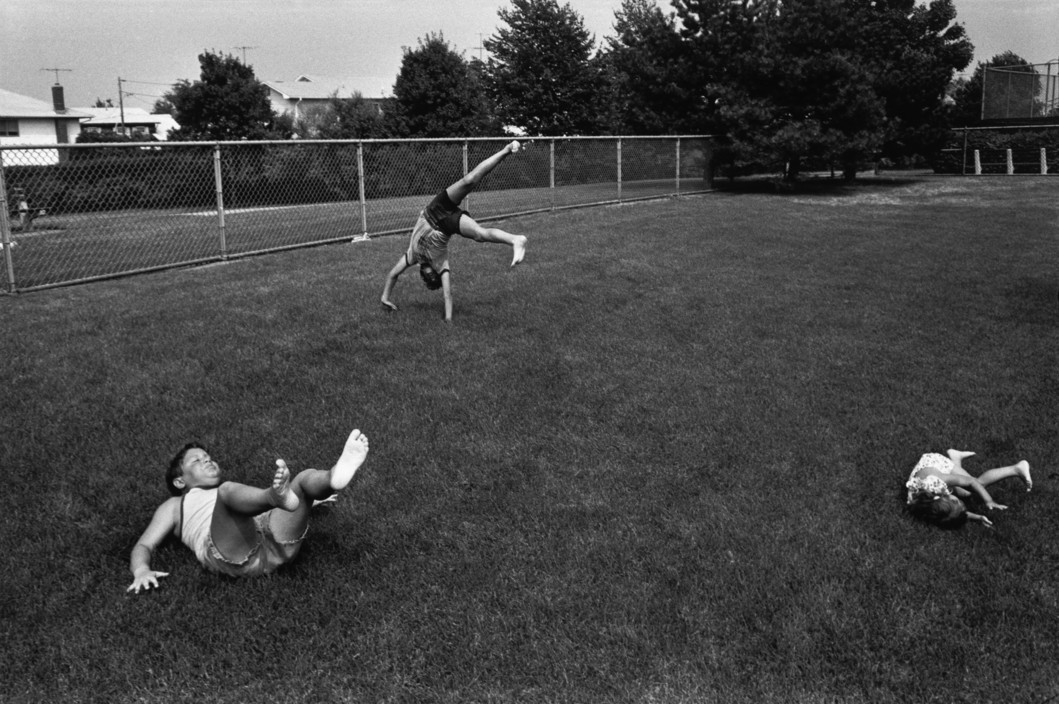 This affirmation coincided with him discovering the work of some of the medium’s greats, specifically Henri Cartier-Bresson, Robert Frank, and later, Lee Friedlander, Diane Arbus, and Elliot Erwitt. Although each artist possessed their own unique sensibilities, they were united in their remarkable mastery, and in their forthright and intuitive approach, and it endowed Kalvar with the sudden understanding that photographs “could be totally subjective, even dream-like”, thus ‘liberating’ him “from mere description”.

This epiphany would have profound significance, setting the foundation for the approach that remains at the core of his practice today, and has engendered some of the most memorable images of recent decades. 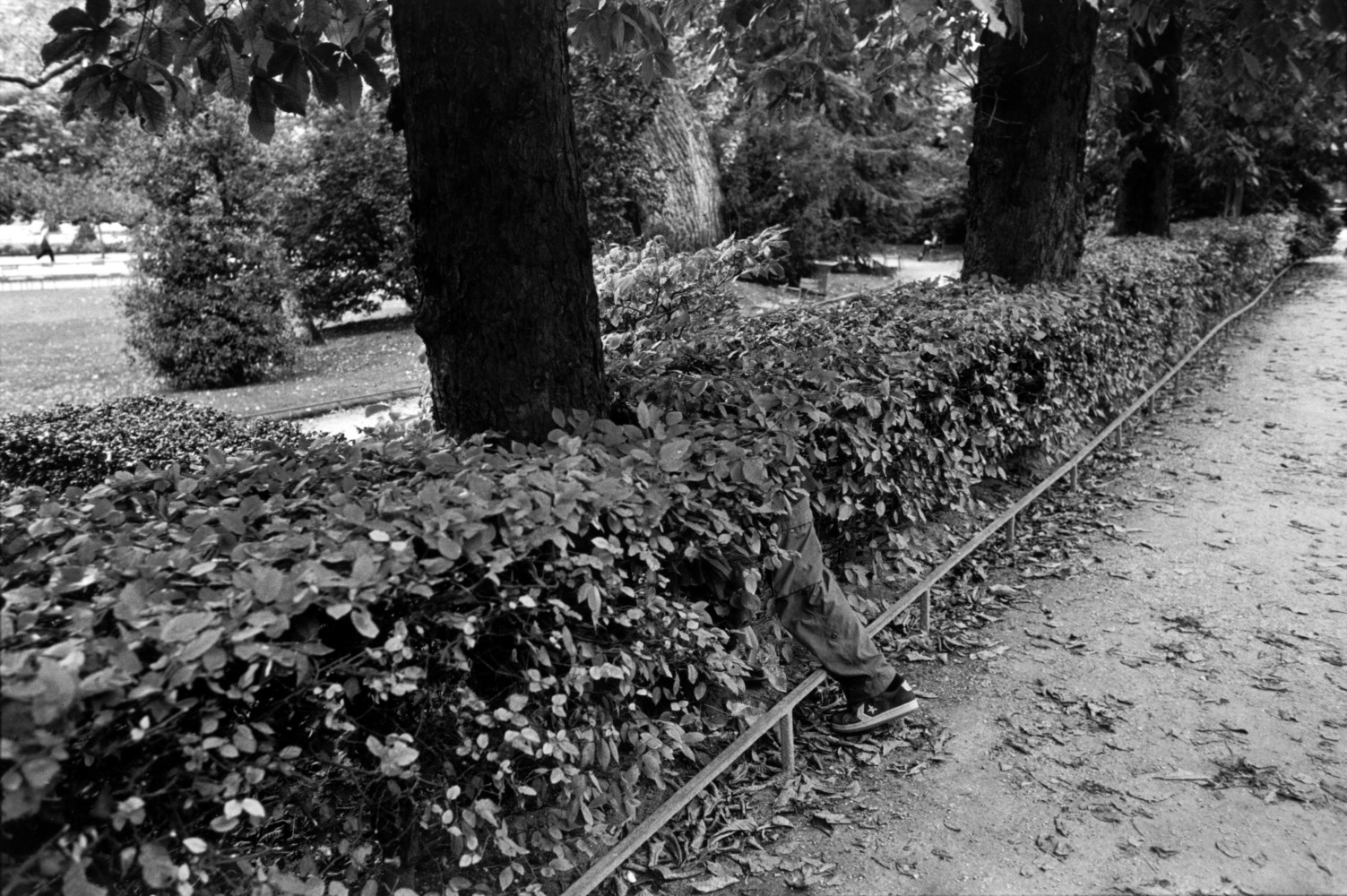 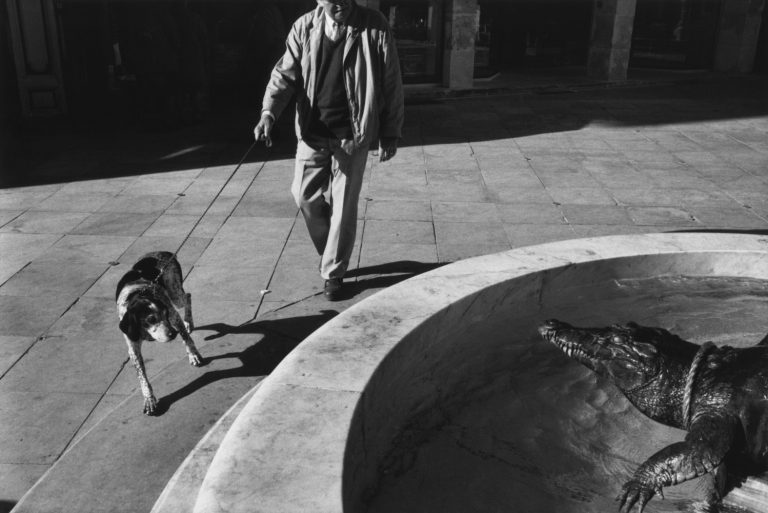 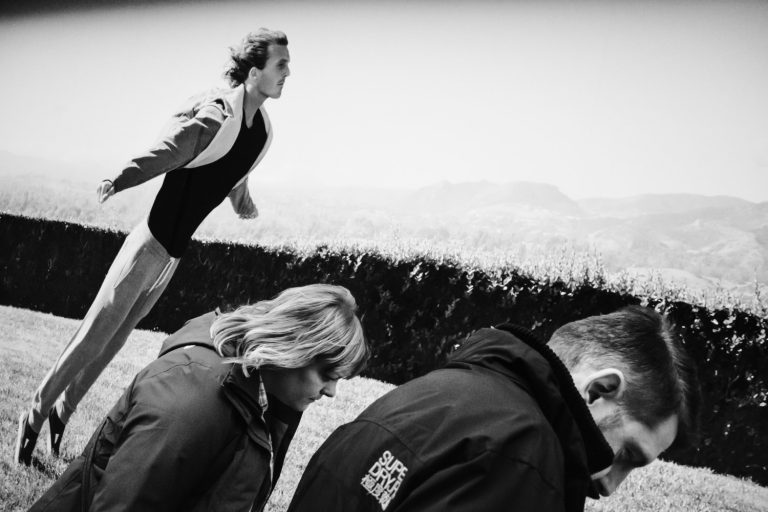 A nude, contorted figure walks hurriedly along Brooklyn bridge; a leg protrudes from a diminutive bush in a Paris park; in the southern French city of Nîmes, an elderly man and his dog encounter a crocodile in a fountain, extricated from the constraints of narrative and the obligations of explanation, Kalvar’s depictions, convey the bizarre idiosyncrasies of everyday life and afford the viewer the freedom and space to react. 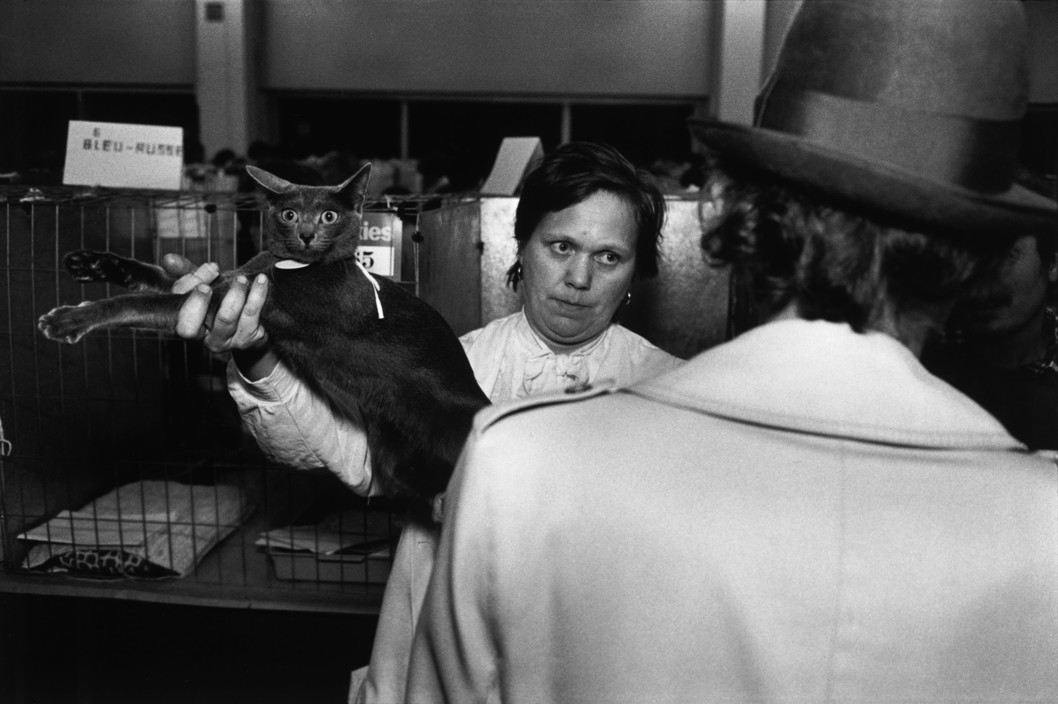 His framing and timing are impeccable, embodying the ‘decisive moment’, Cartier Bresson’s elusive hypothesis of perception, exemplified brilliantly in one of Kalvar’s best-known images and his own personal favourite, depicting two men standing in Rome’s Piazza Della Rotonda, the startled expression on the face of one apparently in response to the cold jet of water hitting his exposed neck from the mouth of a nearby gargoyle. 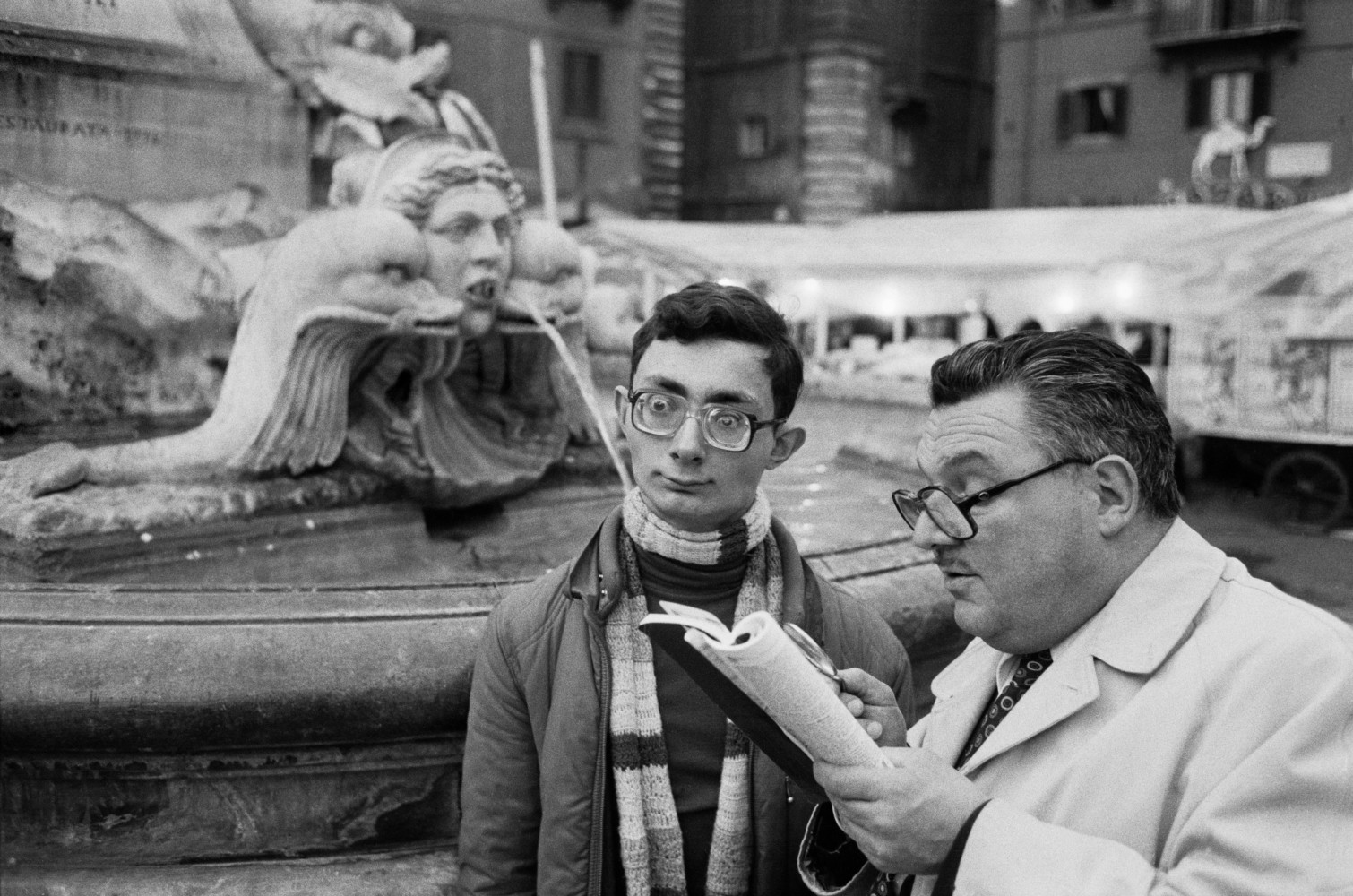 Utterly compelling, palpably visceral and frequently tinged with humour, Kalvar’s work exemplifies the beauty of street photography in a manner equaled by few, if any of his contemporaries, and though the phrase can at times be somewhat misleading, it is in his own opinion, the aptest appellation of his style;

“I guess the term (street photography) originally meant walking around the street, looking for things to photograph and not knowing what the next one might be. But what happens if you leave the street and go inside? Must you stop taking pictures? What I really do is Unposed-Pictures-That-Are-Not-Just-Part-of-a-Story, but that’s kind of awkward, so why not simply call it Street Photography? As long as you understand that it doesn’t necessarily take place in the street.” 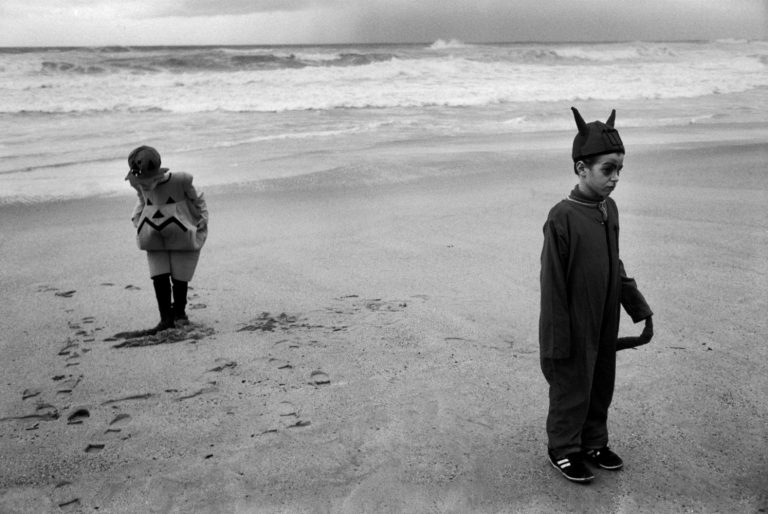 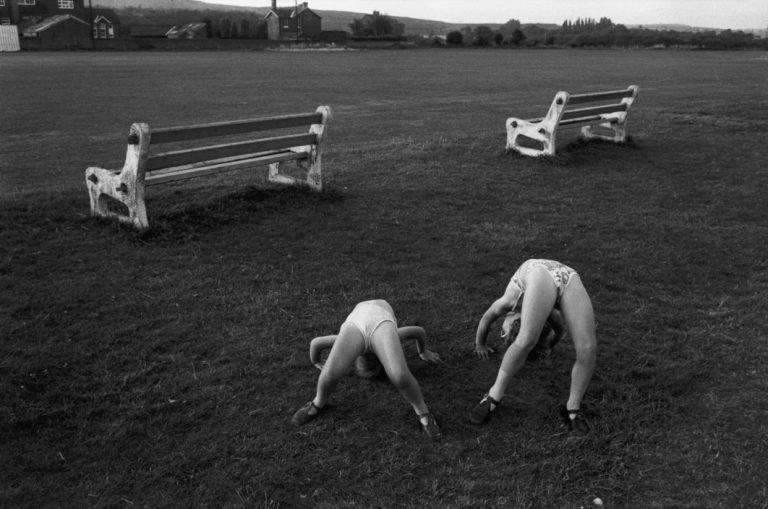 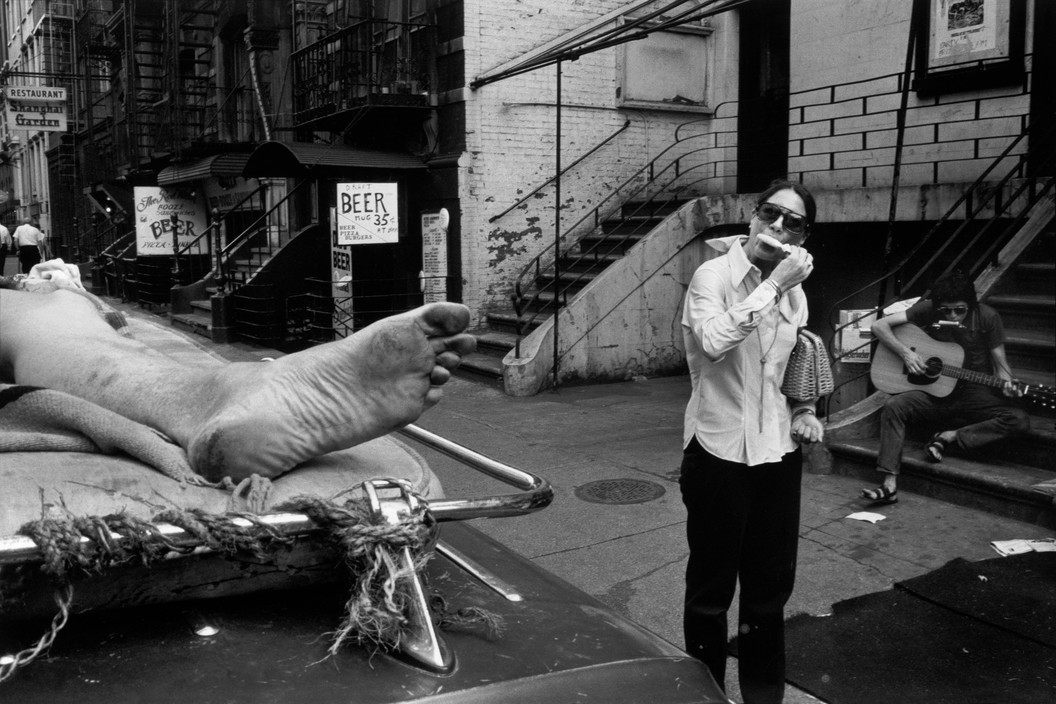 Much has changed since Kalvar first discovered the magic of the medium some 55 years ago: he followed in the footsteps of many of his kindred predecessors when he joined the prestigious Magnum Agency in 1975 where he would briefly serve as president and twice as vice-president.

He has exhibited extensively across the globe and released several photo books, including, most notably, Earthlings, his 2007 retrospective. Yet his unique approach, “the basic connection eye-to-heart-to-finger, with an occasional detour via the brain”, remains beautifully, unchanged.