“I look at ordinary objects, and I see things that other people don’t see.
That’s why I’m a photographer” – Ruth Bernhard

Deemed “The finest photographer of the nude form”  by her friend and contemporary Ansel Adams, Ruth Bernhard, renowned for her striking monochrome compositions, was one of the most important photographers of the twentieth century.

Born in Berlin in 1905, her father was a multidisciplinary designer, best known for his graphic and type work, which led to his renown as ‘
The Father of the German Poster’. Though not always present during her early life, he remained an important influence, and it is therefore unsurprising that she chose to study typography and art history at the Berlin Academy of Art in 1925.

She left in 1927, moving to New York to join her father who had emigrated some years before. It was here that her active interest in photography began, initially working as a darkroom assistant at the studio of renowned photographer and filmmaker Ralph Steiner. Although she would remain there barely a year, her experience influenced her to purchase her first camera, an 8X10, marking the beginning of a remarkable seven-decade long career. 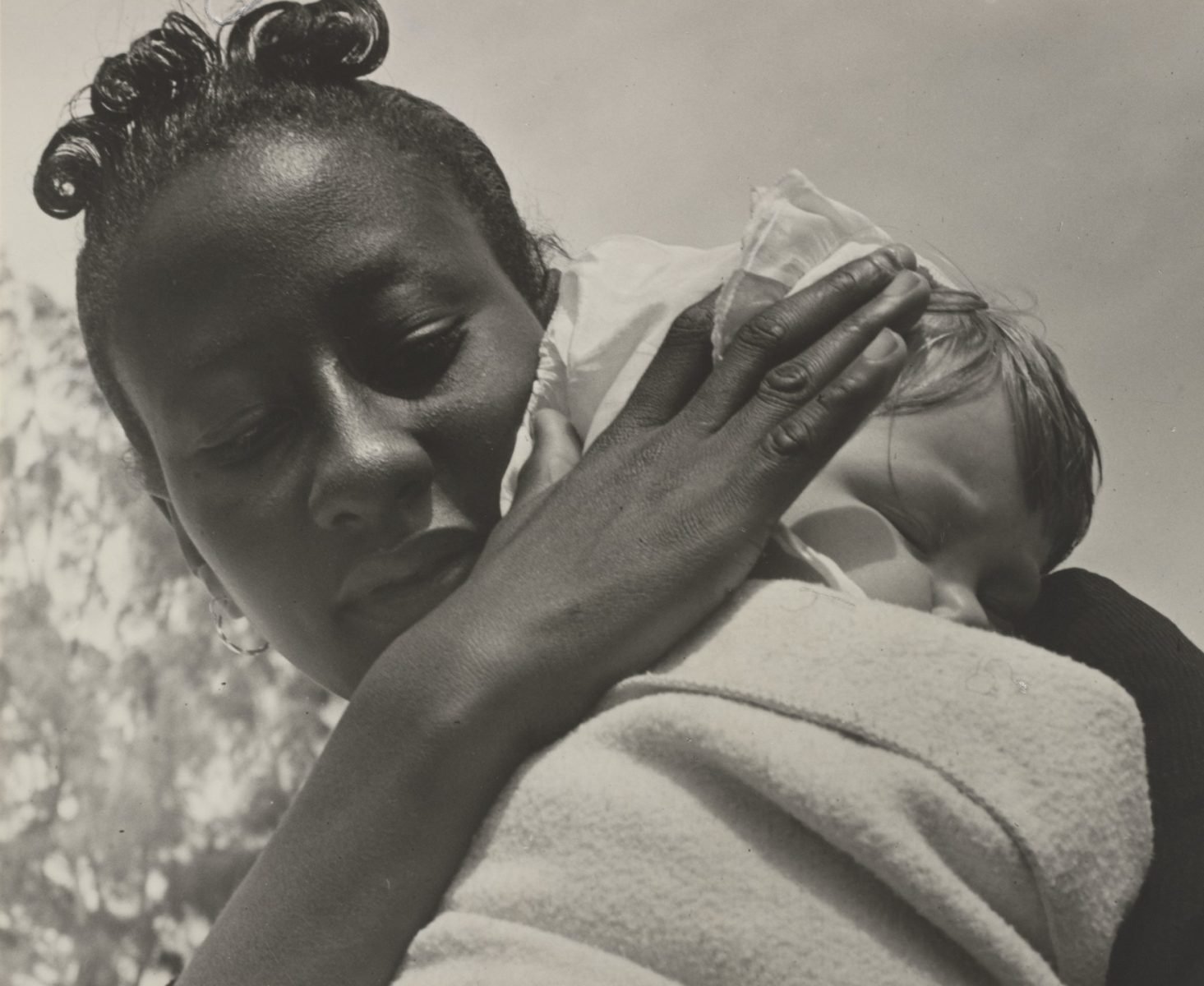 The camera purchase coincided with her moving to Manhattan, specifically Greenwich Village, where she found a place among the lesbian artistic community (Bernhard had romantic relationships with both men and women throughout her life). It was here that she began experimenting with capturing the nude female form, though it would be some years before any such depictions were published.

Her major breakthrough came in 1930, in the form of Lifesavers, a partially abstract composition depicting small circular mints rolling tentatively across a flat surface. Displaying some of the mastery of light and form for which she would later become synonymous, it caught the eye of Dr. M.F. Agha, then the art director of Vogue, who arranged for its publication in Advertising Art Magazine a year later. This in turn led to numerous similar assignments, primarily in advertising and industrial design. 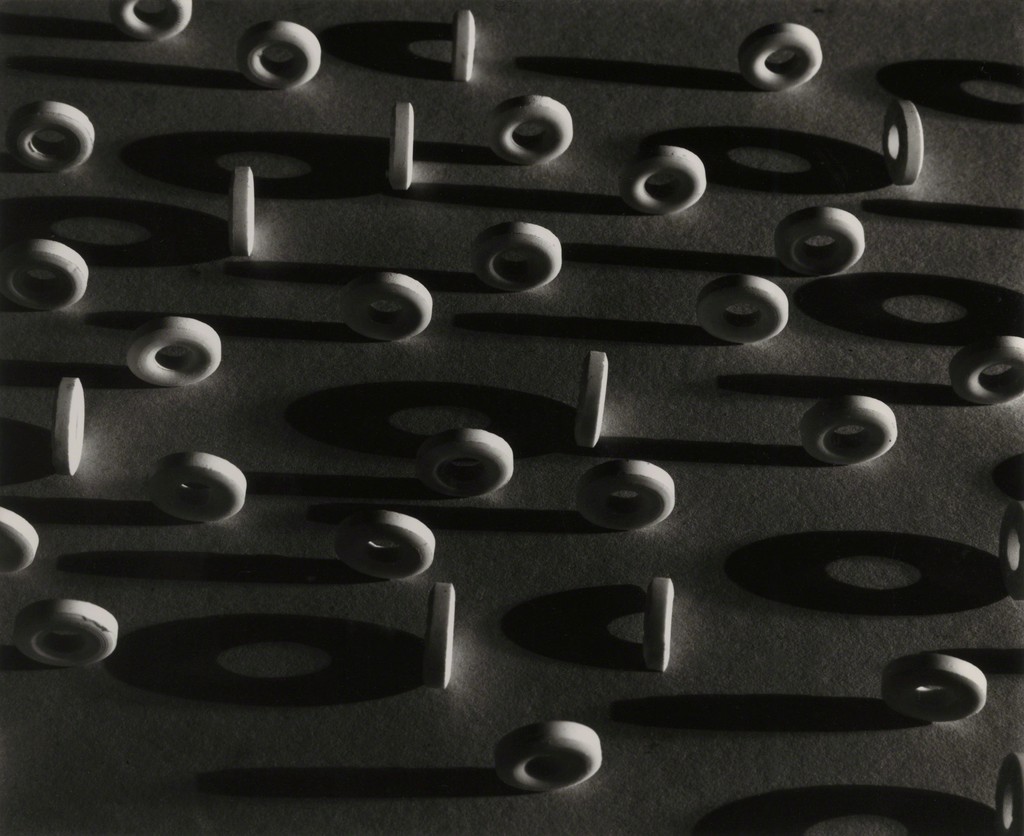 Spring of 1934 marked an important point in Bernhard’s career. She was commissioned by the Museum of Modern Art, to photograph their Machine Art exhibition for the accompanying catalogue (the first official exhibition catalogue the museum had ever produced).

One of the exhibits was a large metal bowl, inside of which, in order to make the object more compelling, Bernhard captured one of her female friends, curled up naked, representing her first published depiction of the nude female form.

A year later she moved to California where a chance meeting with Edward Weston would significantly alter the course of her career. Stunned by her fellow photographers’ artistic approach, Bernhard, for the first time,  realised the true potential of the medium “It was lightning in the darkness,” she said. “Here before me was indisputable evidence of what I had thought possible — an intensely vital artist whose medium was photography.”

The pair would form a close and long-lasting friendship, during the early stages of which, Weston acted as somewhat of a mentor to the younger artist. The imagery of both are pervaded with a palpable sense of drama, rich in symbolism, which at times flirts with the surreal, whilst both also shared a penchant for depicting the organic.

Weston, also captured the nude form, though not with the same prolificacy, as Bernhard, who viewed subjects with an empathetic eye.  Images are tender, imbued with eroticism though not overtly sexual, in opposition to the widespread objectification of women in art during that time, and an approach which would be hugely influential on the feminist photography movement of the 1970s.

She was, almost exclusively a studio photographer, patient and highly meticulous in her approach, often spending several days setting up a single composition and invariably shooting from a single, considered angle. Her mastery of light is remarkable, bestowing her subjects (both human and inanimate) with a delicate sculptural quality, in order to fully display the beauty of their form. 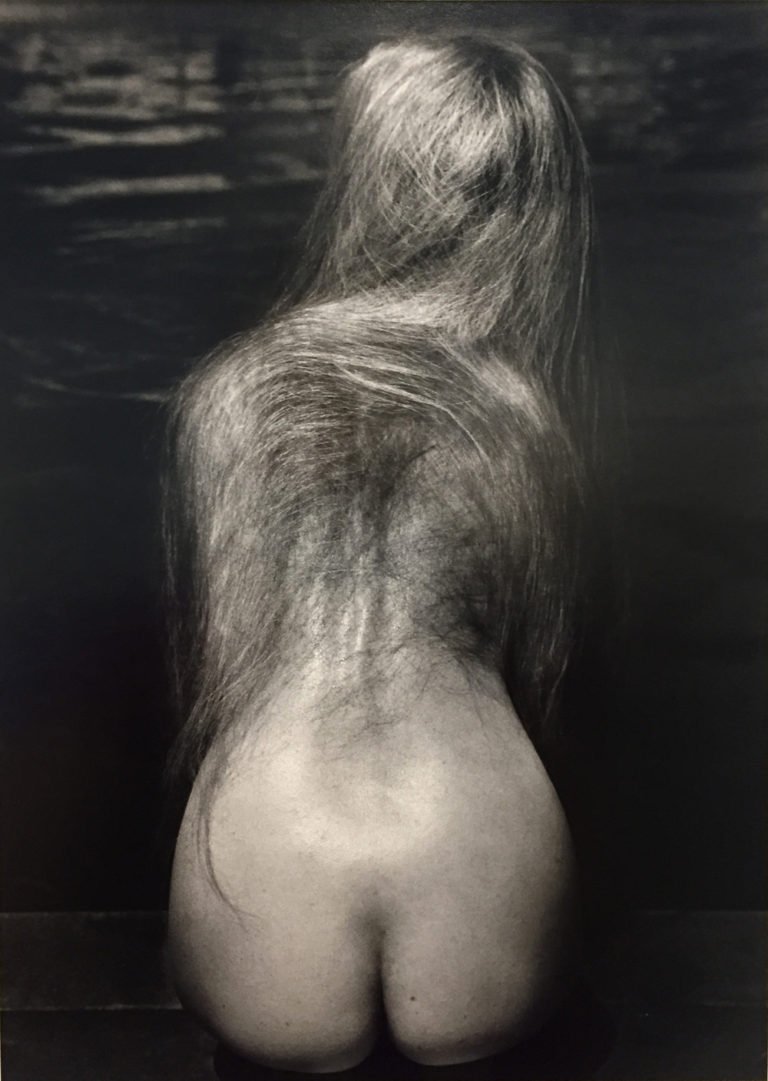 Despite garnering significant praise within photography circles, much like many of her female contemporaries, she remained relatively unknown to the wider public for much of her career. She made most of her money through private commissions, and from the turn of the 1960s from teaching, both privately and at several prestigious universities.

She viewed this work as of greater importance than her photography, and, rather than the technical aspects of the medium, she focused her efforts on teaching students how to observe, and to harness the power of light, skills that made her own work so outstanding.

By the turn of the 1970s, the popularity of photography as a whole had begun to increase exponentially, and consequently, Bernhard’s work had finally begun to receive the recognition it so thoroughly deserved. By the end of the decade her images were incorporated into the permanent collections of both the San Francisco Museum of Modern Art and the Metropolitan Museum of Art in New York, whilst the first portfolio of her work, Collected Light was published in 1979.

In 1986 “The Eternal Body” a monograph encompassing fifty of her nudes was published to widespread acclaim, cementing her place as one of the finest photographers of the naked form in the history of the medium. She died in 2006, two months after her 101st birthday, leaving behind a remarkable body of work that, to this day, continues to both delight and inspire viewers.