‘His work is Nabokovian for me: exposing so much, and yet leaving so much room for your imagination to roam and do what it will’ – Tennessee Williams

Stephen Shore’s ‘Uncommon Places’ finds the beauty in the most mundane. His sprawling vision of America has become a contemporary classic, a landmark of visual Americana, influencing a generation of photographers to take to the highway. 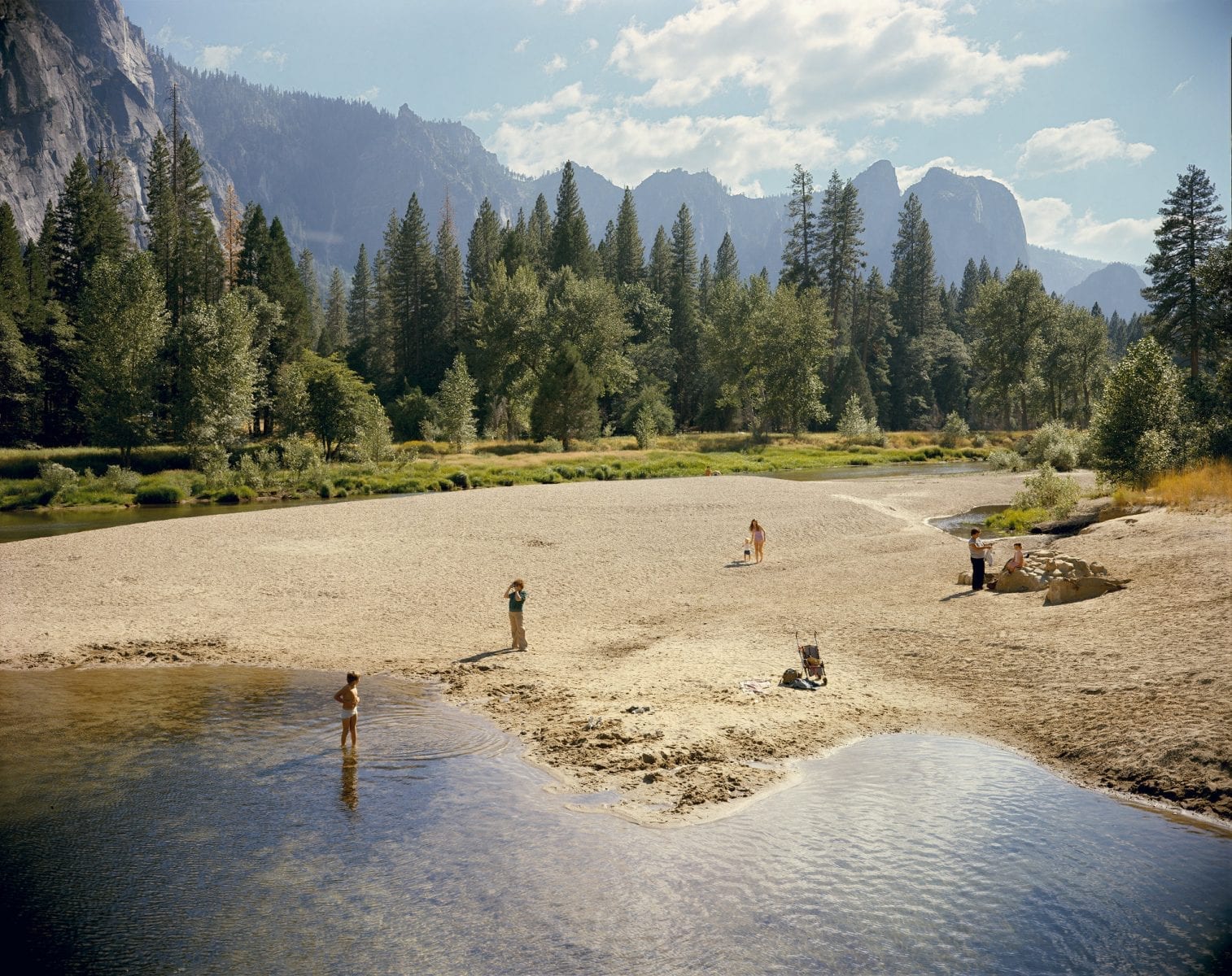 In 1982, Shore wrote,
“Until I was twenty-three, I lived mostly in a few square miles in Manhattan. In 1972, I set out with a friend for Amarillo, Texas. I didn’t drive, so my first view of America was framed by the passenger’s window. It was a shock.”

This awakening clearly heavily impacted the young Shore whose eye was drawn to everyday objects as though he was seeing everything for the very first time. 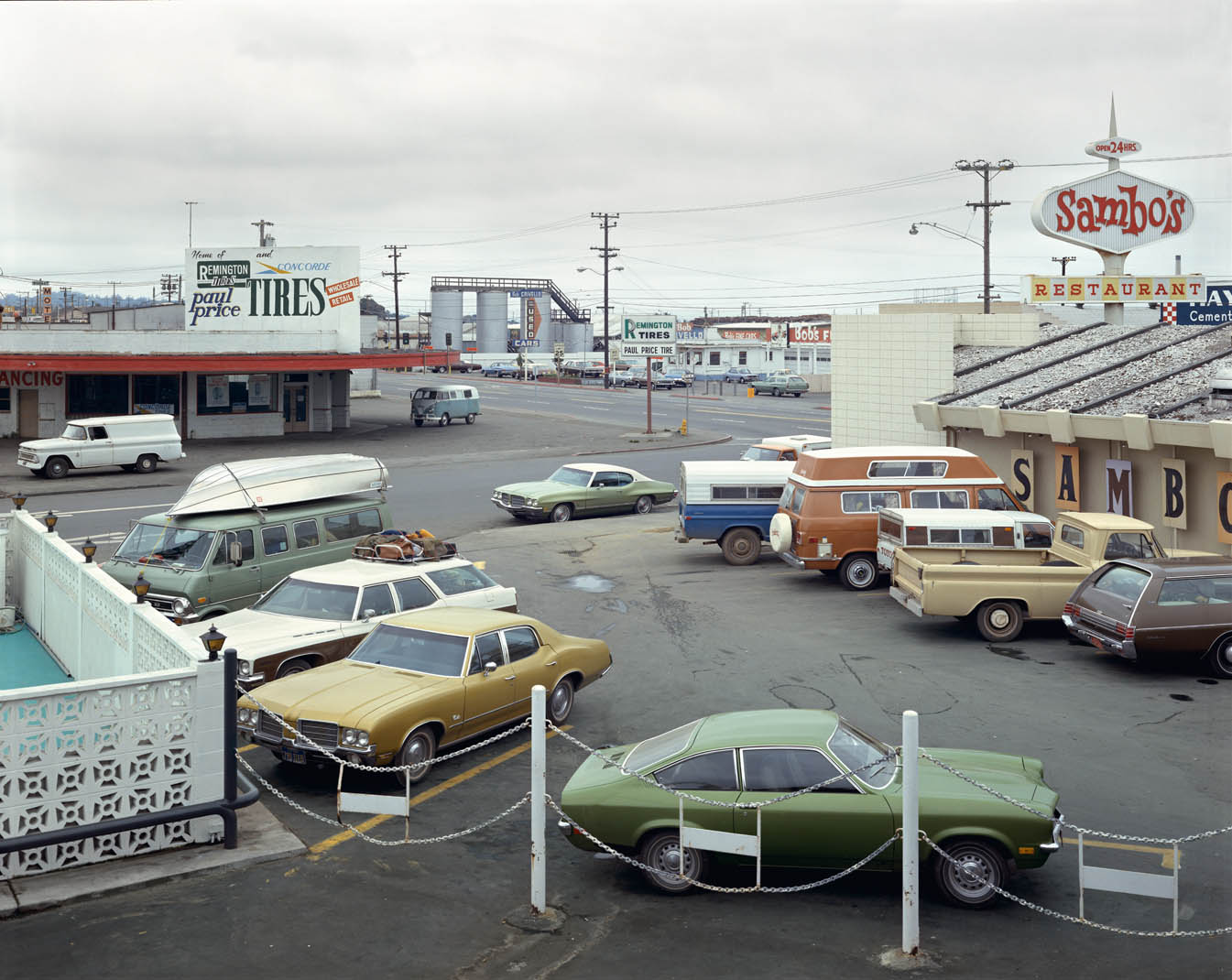 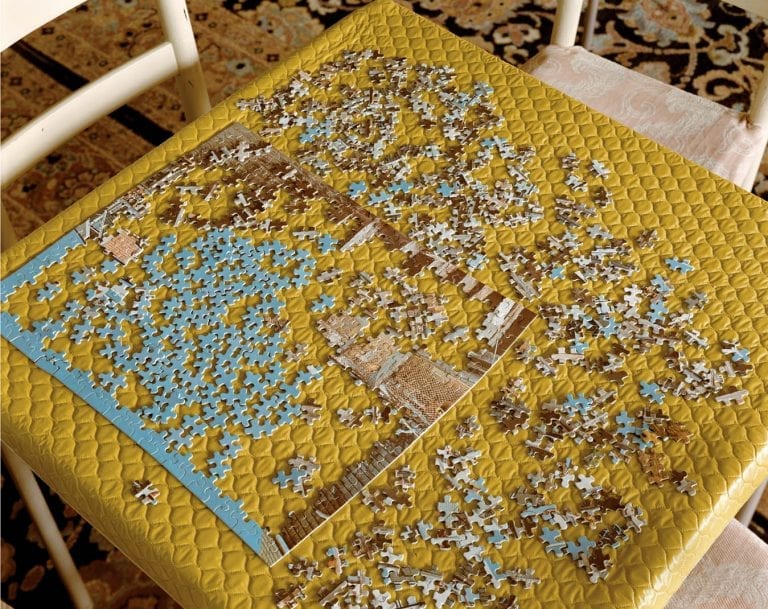 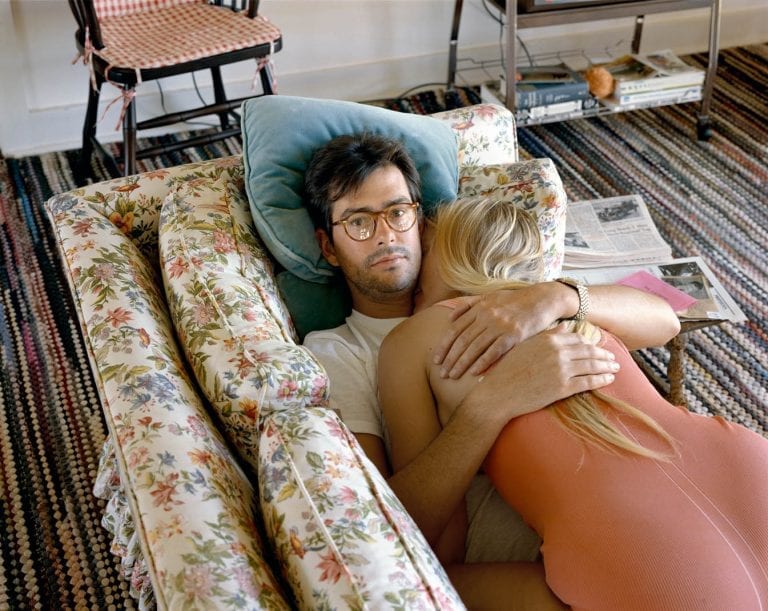 Originally published in 1982, Shore’s large-format colour work was an attempt to articulate the visual components that signify America. The matter-of-fact approach he was forced to take whilst shooting with an 8×10 camera renders his subjects and objects immortal with a cold objectivity. But his choice of subjects and decision to include them in his series demonstrates an encyclopaedic intuition of his native land. 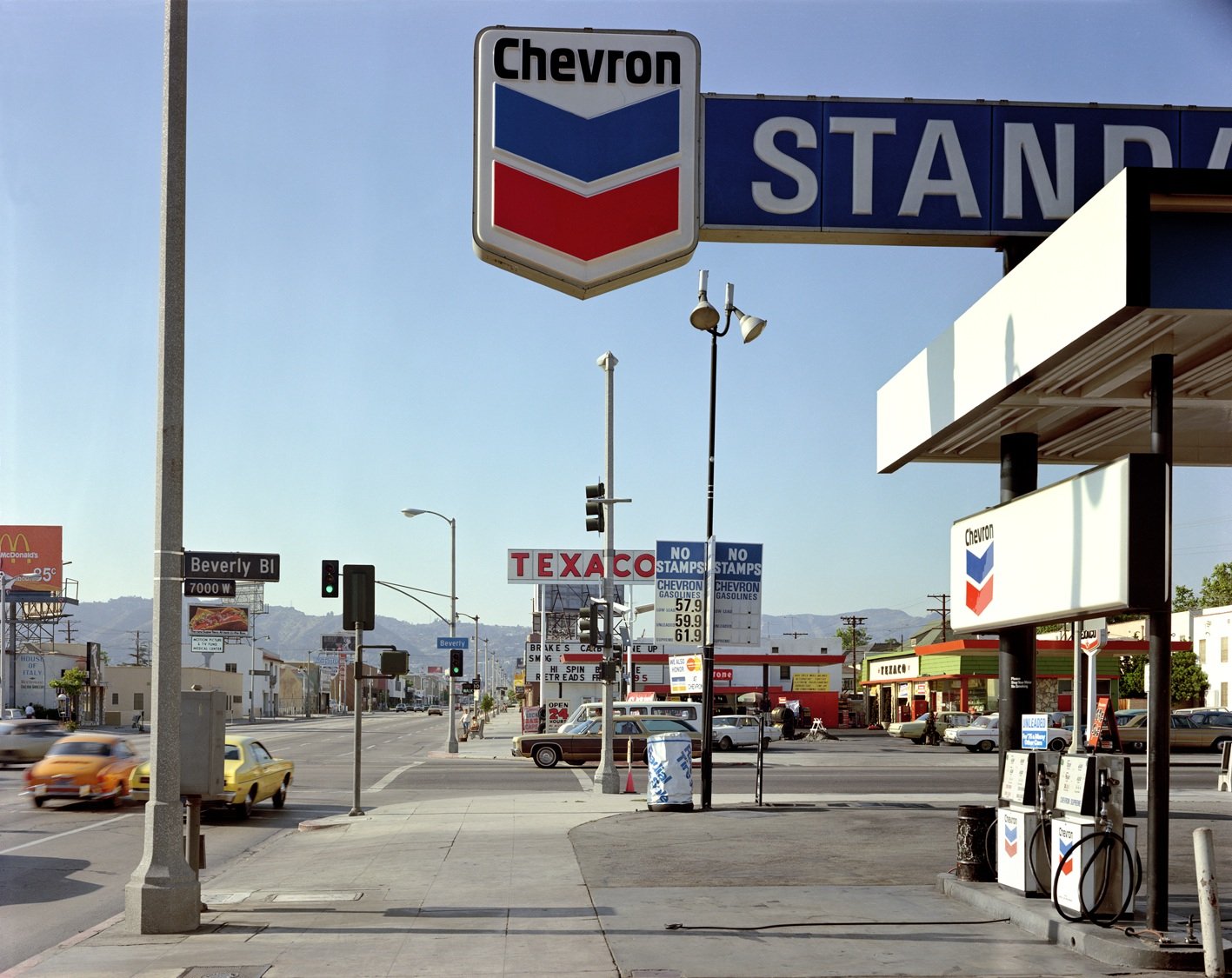 Bothered by the grain on the photos from previous projects, Stephen Shore found the impetus to use larger, more detailed negatives and returned to the roads of America with a 4×5 press camera, which he later exchanged for an 8×10.

No longer pointing at singular objects, the photos collected in Uncommon Places feel less like snapshots or peepholes into Shore’s life on the road but more like vast inhabitable spaces in which the viewer could almost clamber into and view from the inside. 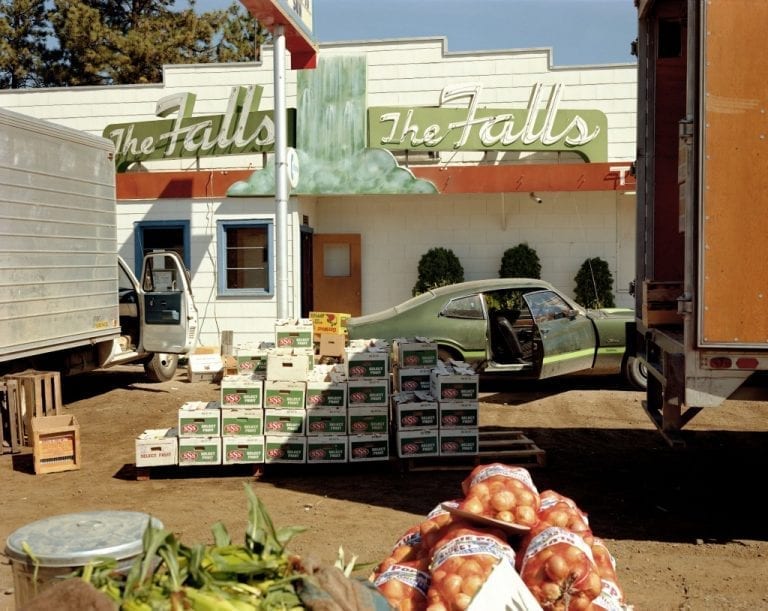 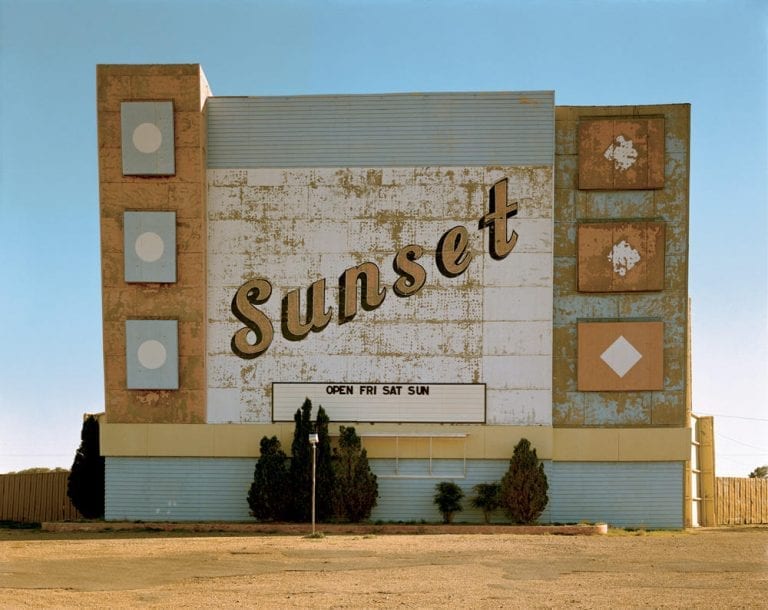 Since the use of large format camera meant that each photo took Shore approximately 20 minutes to compose and photograph, his working method changed entirely, and with that, his style.

A small departure from American Surfaces, Uncommon Places condensed vast amounts of pictorial information into every frame, meaning that Shore no longer needed to explicitly articulate his photographs in a contextual manner. Shore explains ‘because it’s so detailed that the viewer can take time and read it; they can pay attention to a lot more.’ 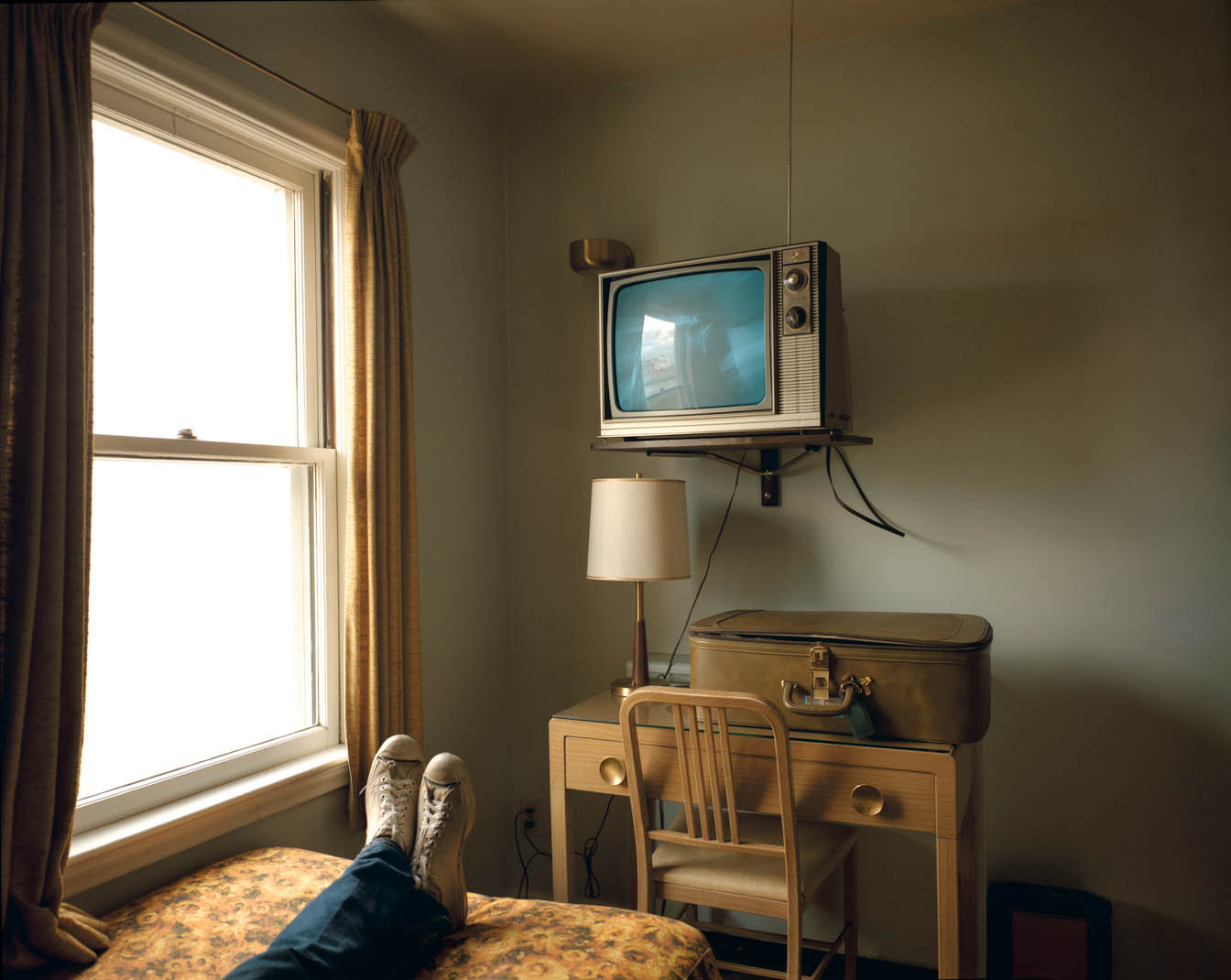 Following on the same roads as Robert Frank and Walker Evans before him, the American archetypes Shore collects also represent places of ambiguous personal importance; for instance the interior of a hotel room, perhaps where some epiphany may have taken place.

Not exclusively presenting landscapes and open roads, Stephen Shore also documents his friends, his lovers and other such seemingly insignificant details of his daily life which he frames with the eloquence of a poet. 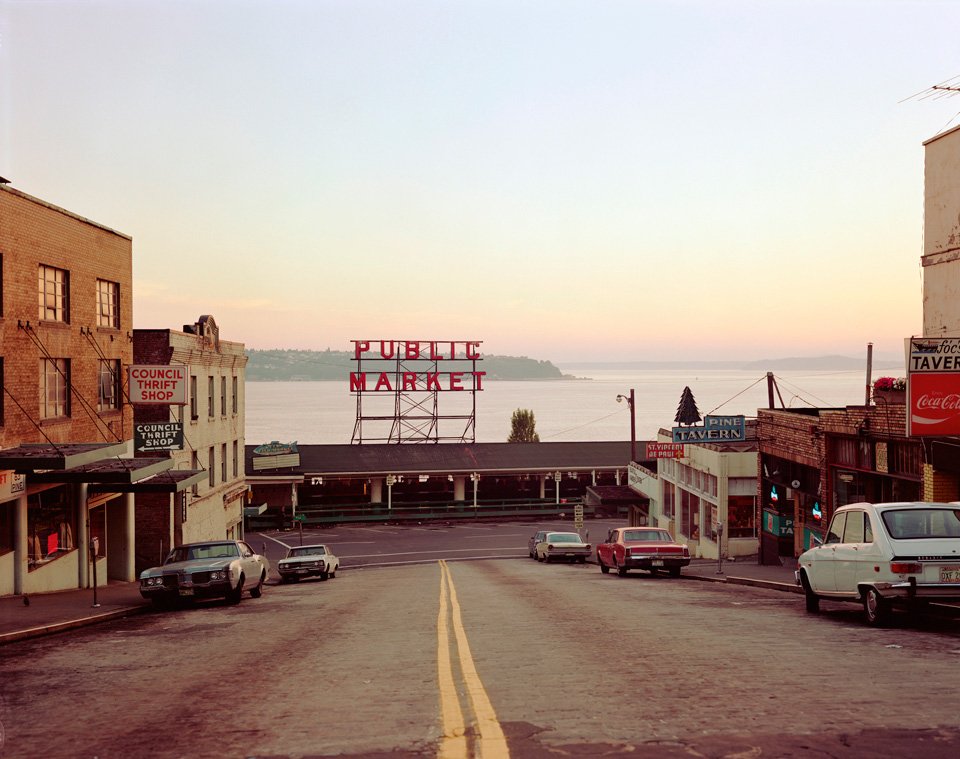 Uncommon Places is a distillation of Shore’s decade-long cross-country travels, in a mere 61 unsentimental, yet somehow lucid, photos. Finding the subtle strangeness and beauty in parking lots and billboards, these places reveal themselves for what they truly are; places with their own stories to tell.

On repeat viewings, new narratives evolve from the depths of each picture; a parking lot speaks of the fulfilled dream of the American auto industry; the iconic image of the billboard depicting a majestic mountain scene mocks the landscape whose view it obstructs. Here are the clues of the American dream, condensed and packaged with intuition. 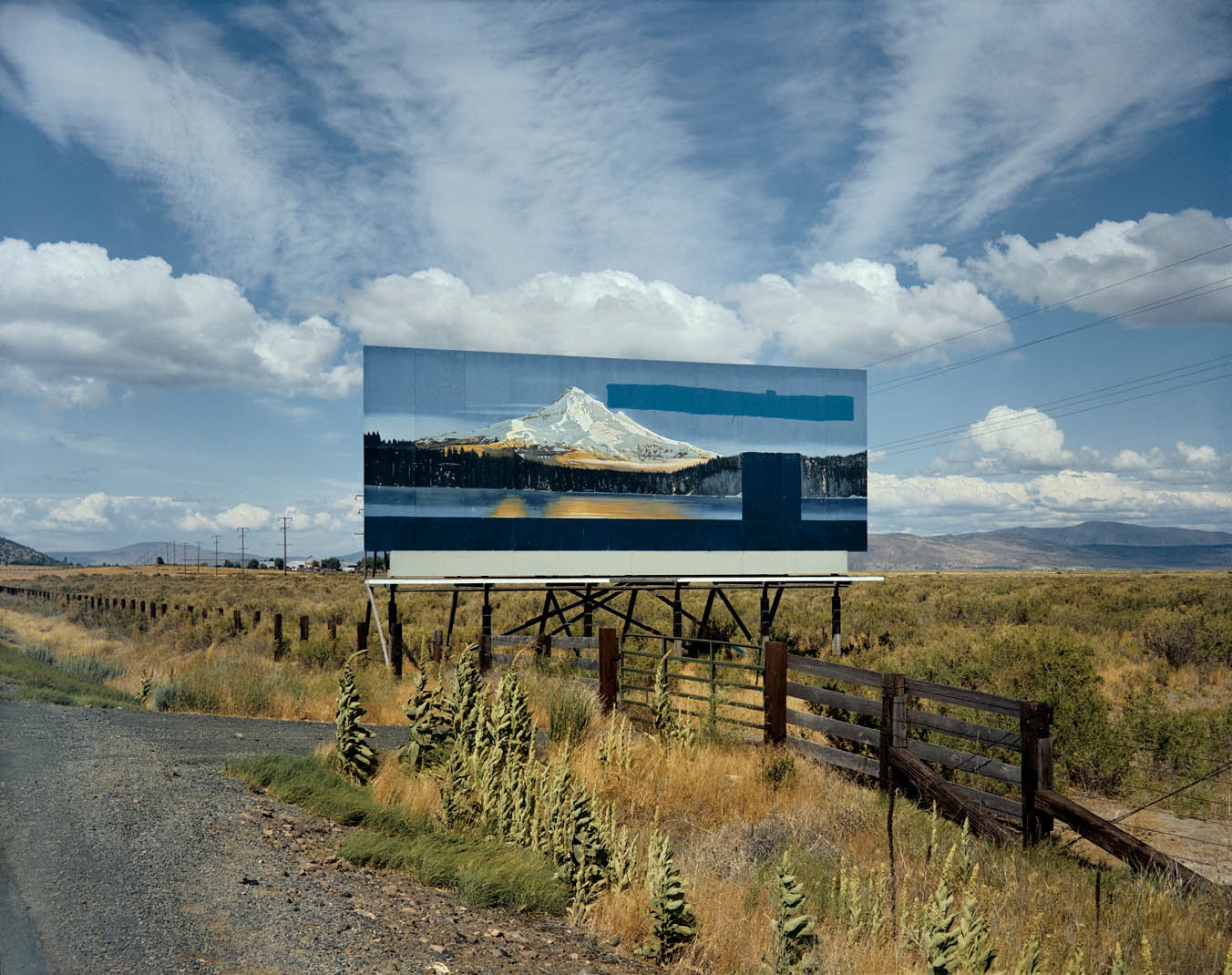 The volume also includes an essay by noted critic Stephan Schmidt-Wulffen alongside a conversation between Shore and fiction writer Lynne Tillman which explores Shore’s methodology within the Pop and Conceptual art movements of the 1960s and 1970s. 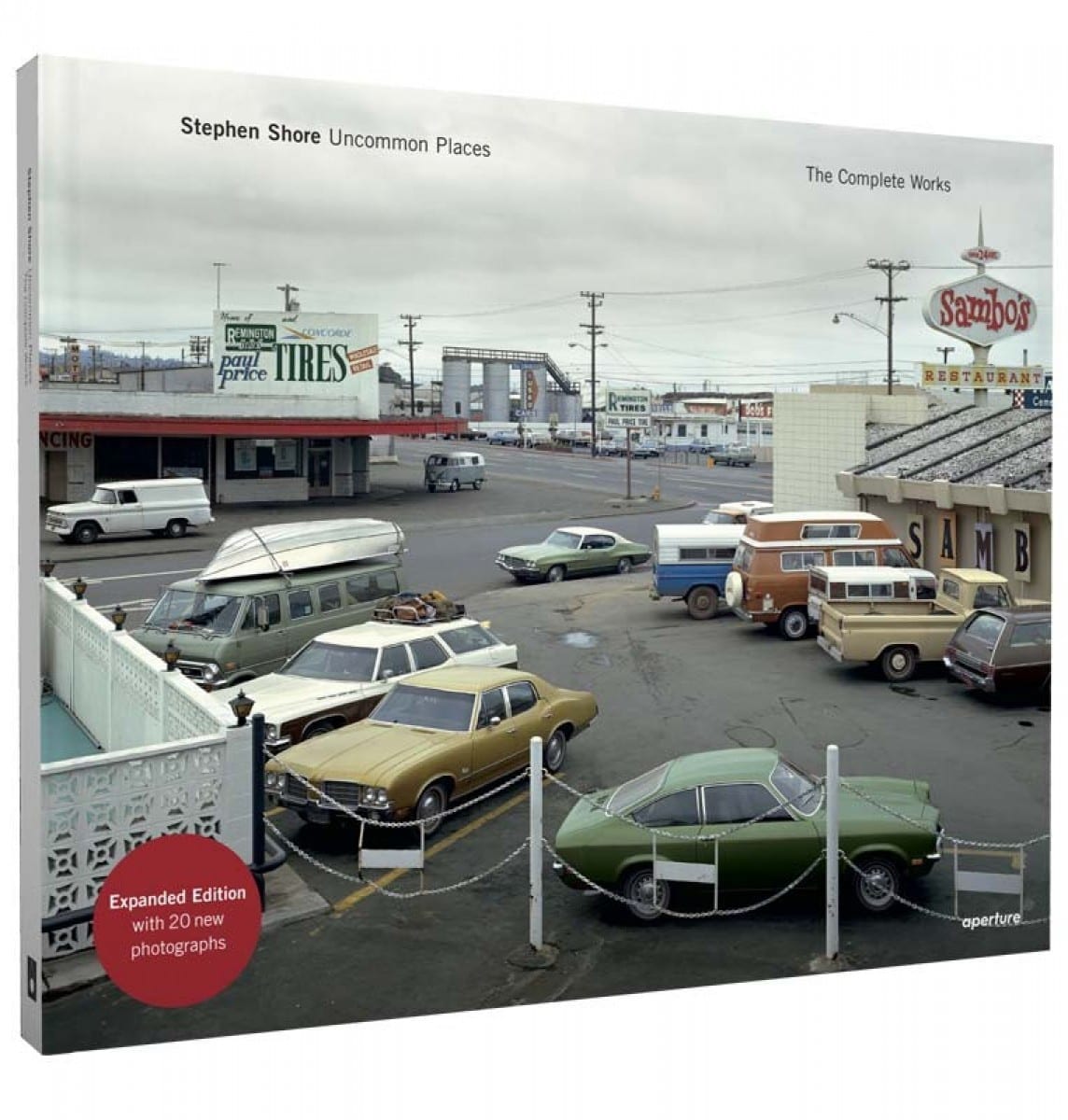