‘Every photo, every ‘once’ in time is also the beginning of a story…Every photo is the first frame of a movie.’ – Wim Wenders

In preparation for shooting the film ‘Paris, Texas’ in late 1983, director Wim Wenders traveled the American West equipped with a 5 x 6 medium format camera searching out subjects and locations that would bring that desolate landscape to life.

Born in the German city of Dusseldorf in 1945, director Wim Wenders has, since the beginning of the 1970s, received acclaim and critical praise for his movies within New German Cinema, including Paris, Texas, which won him a BAFTA for Best Direction, as well as the prestigious Palme d’Or at Cannes. His photography is no less impactful, with exhibitions opened internationally. These include the project,
Written in the West, which was exhibited at the world-famous Centre Pompidou in Paris in 1986, and then first published as a book, in 2001. 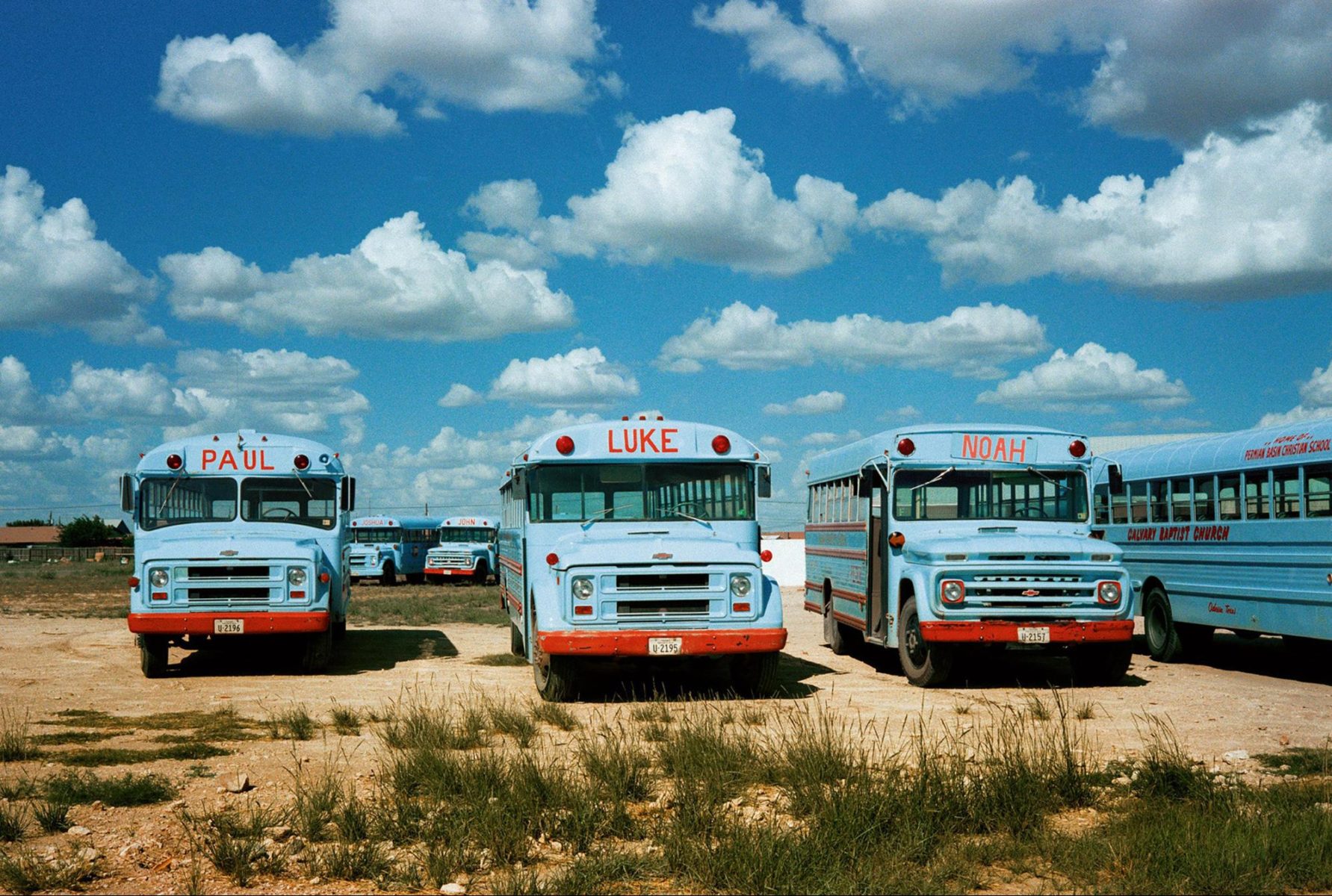 The images were taken during Wenders’ 1983 trip across Texas, California, Arizona, and New Mexico, which served as reconnaissance for the film, and in which he sought after potential filming locations and sources of inspiration and colour in the barren, desert-like terrain. The exuberance and character in the first edition collection were captured using a medium format Makina Plaubel 6 by 7 camera, while a collection of over 10 new images, added to the 2015 Revisited edition, shot on another trip in 2001, used a Fuji camera whose sensor had a slightly longer 6×4.5 format.

As Wenders himself comments, the work represents ‘a journey of discovery into the light and colors of the American West…these Kodachrome skies, this wide horizon and this blinding light.’ 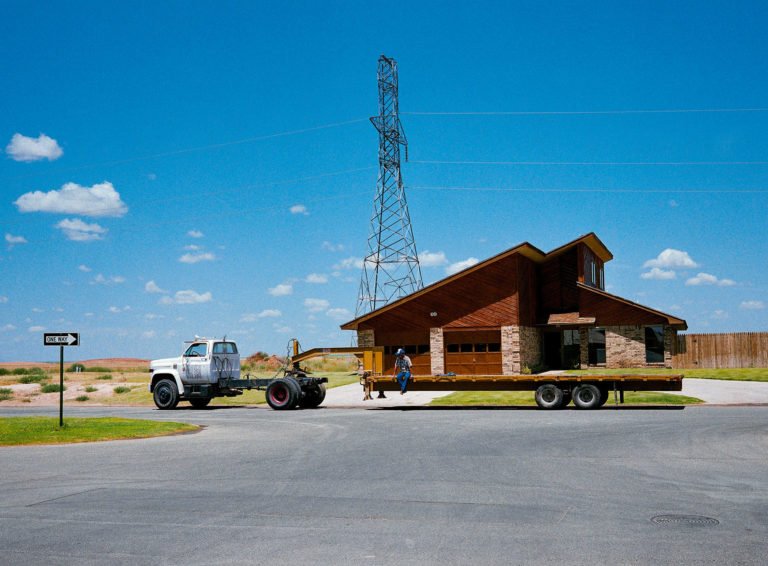 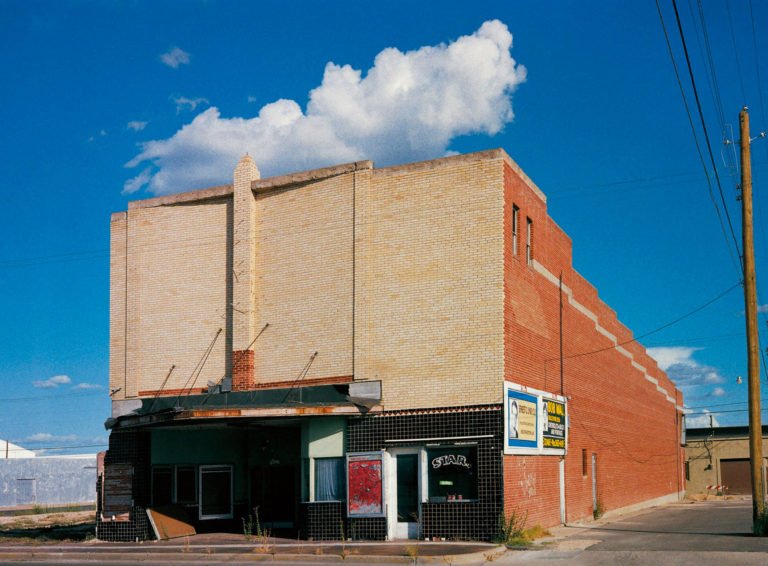 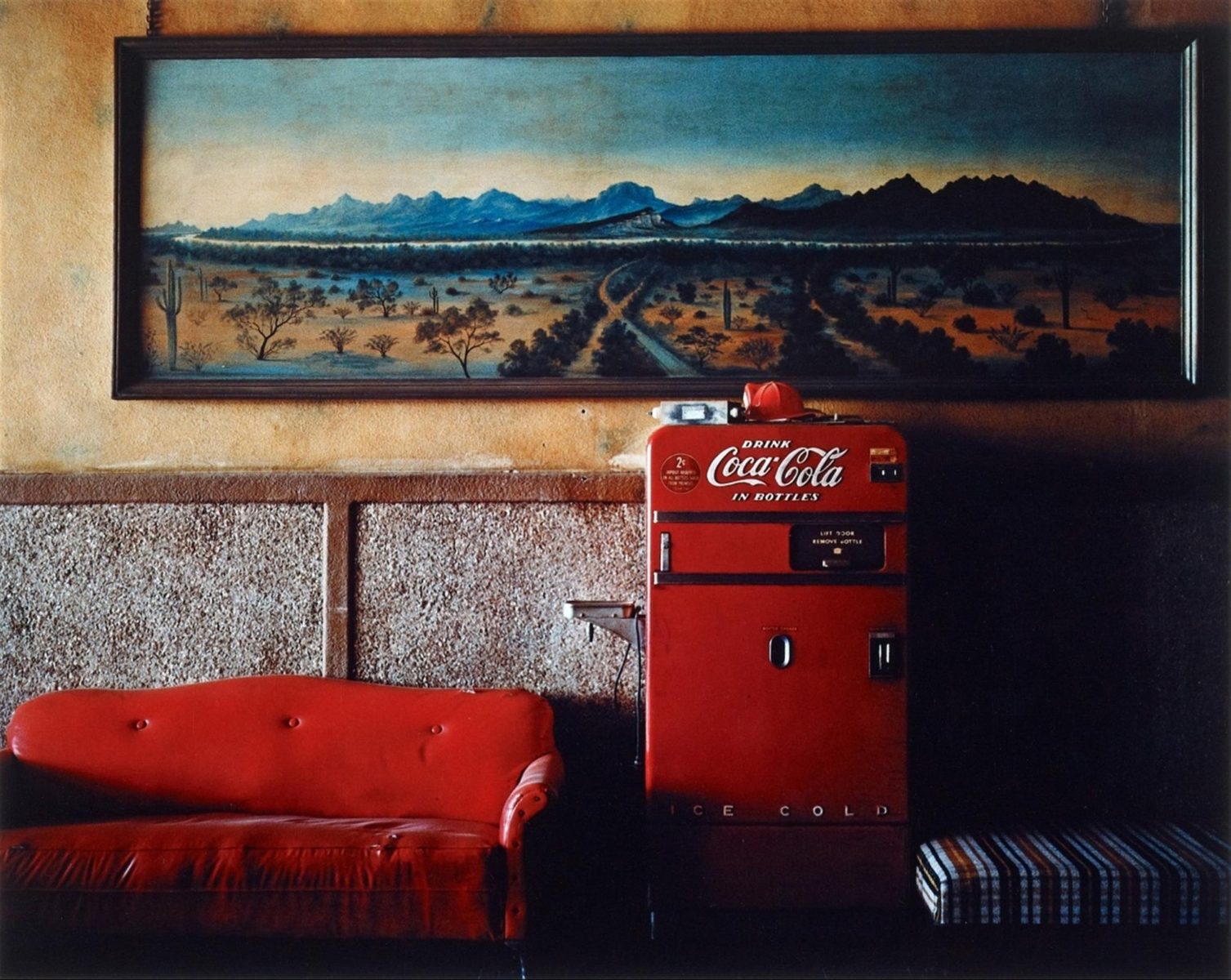 Though he didn’t shoot scenes for any movie there, Wenders appears transfixed by the contrast of brilliant, saturated colours and deep sunlight, alongside the arid hinterland of the American West, in particular, the small, quiet town of Paris, Texas, which became for him a place of profound meaning.

‘[For] our hero Travis [in the movie Paris, Texas]…the town took on mythical proportions…it remained a place of longing.’ 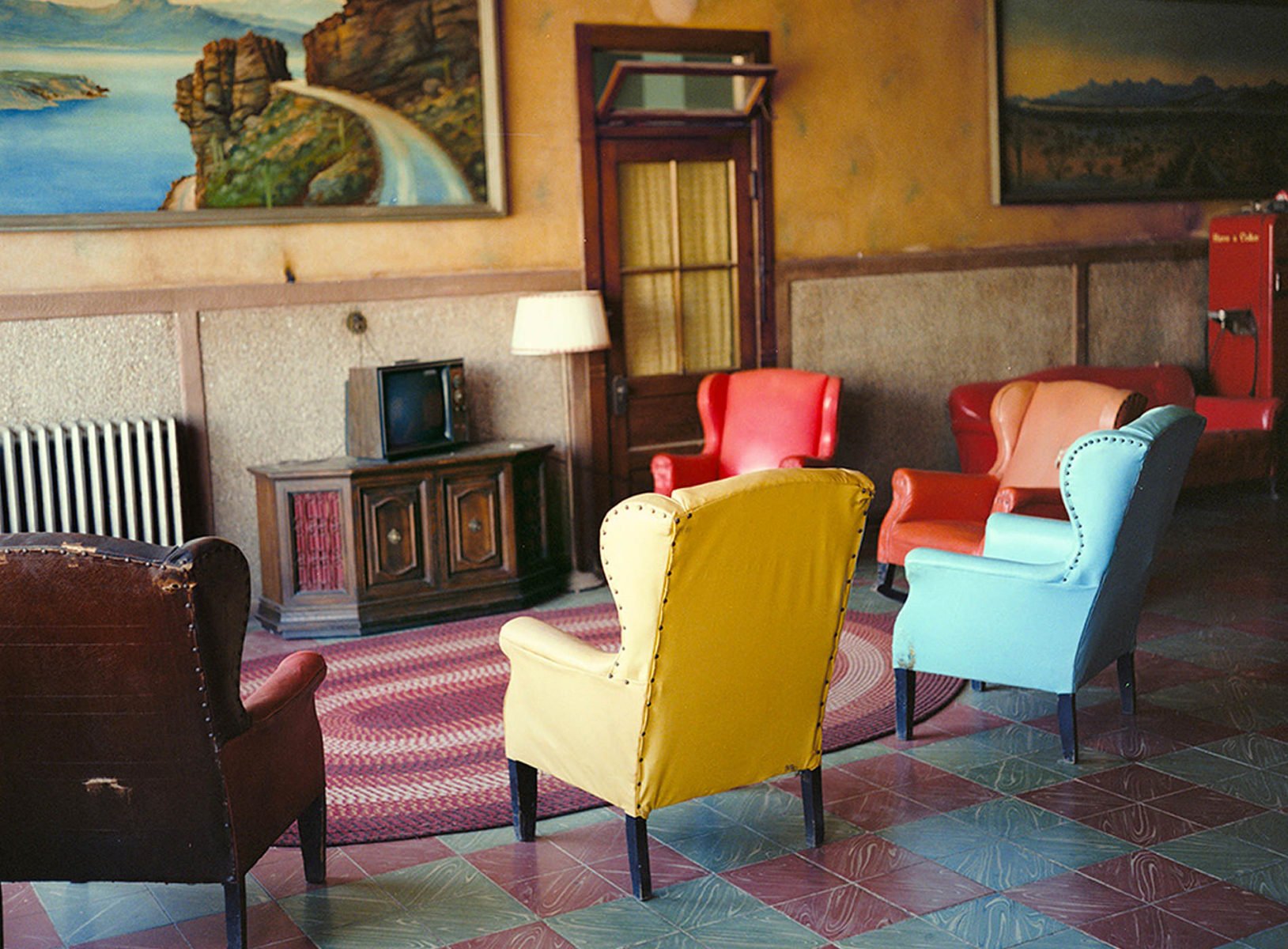 The town’s ‘dry’ status, a mandate to continue prohibition, as described by street signs, was perhaps a sort of visual pathetic fallacy to the reality of its early dilapidation and economic decline, as made emphatic by the intense sunlight bringing high exposure to cracked bricks and yellowing walls in some of the images. 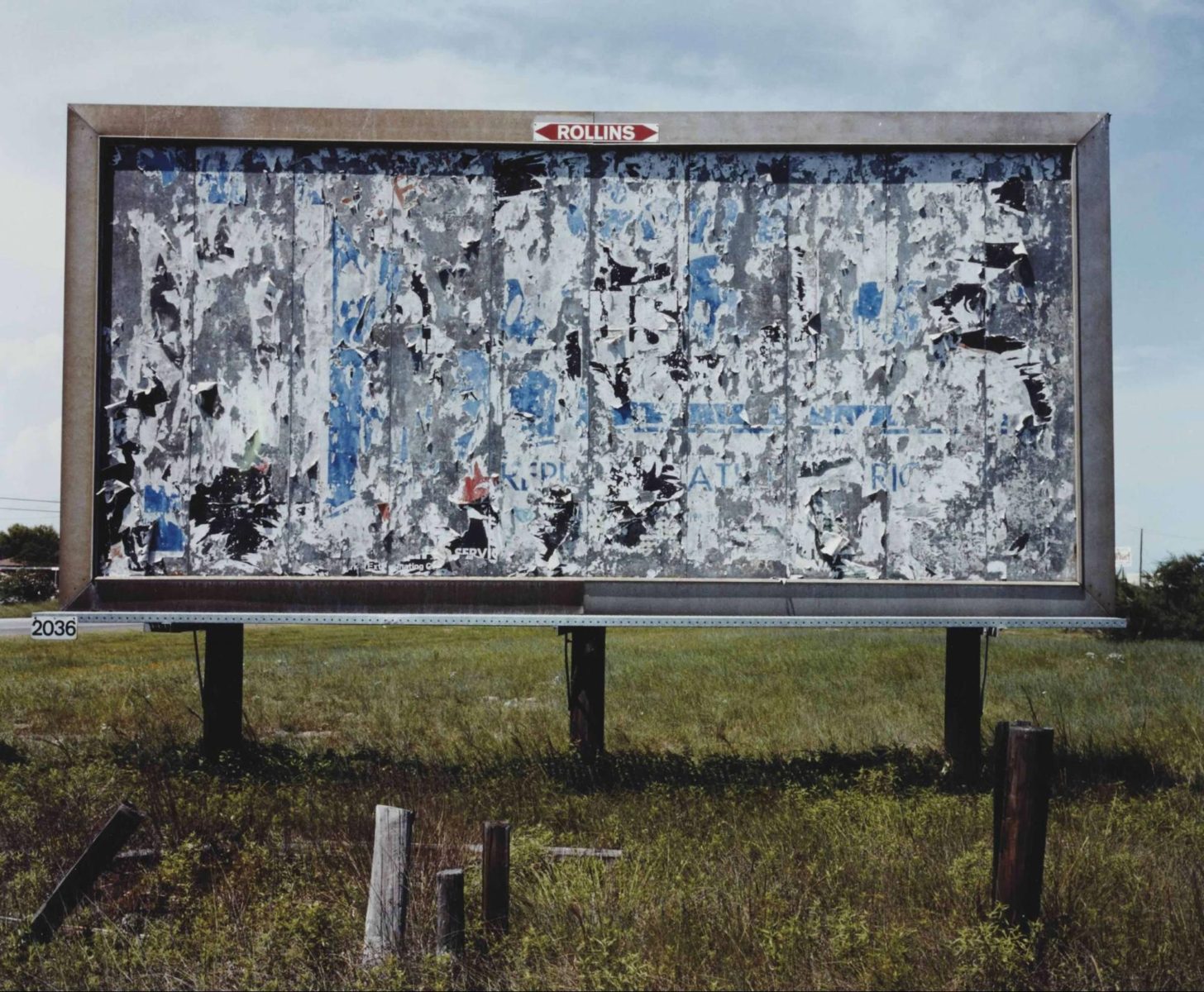 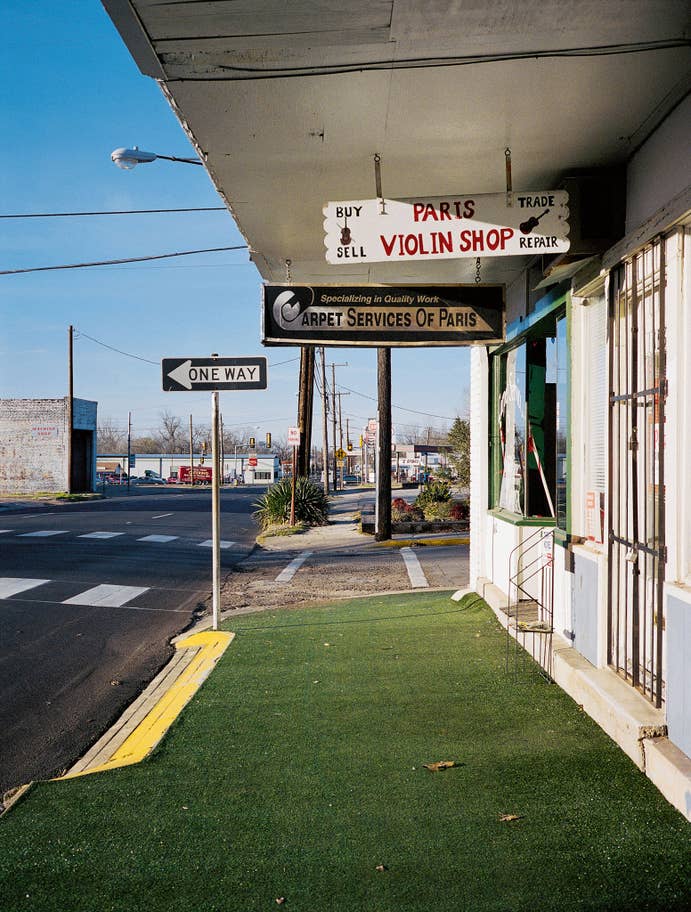 This is furthered by a sense of irony and inevitability in the image of an AA meeting on one of the town’s main roads, but perhaps most iconically grasped in the ‘Cowboy Bar’. Indeed, the mystical folklore of these parts of the States is bound in figures like cowboys and desperados. The image was taken not in Paris itself, but in the surrounding area.

The photographer describes the ‘Cowboy Bar’ in terms almost as honest and verbally poetic, as the image is visually: ‘I could only look through the window at the long, wooden bar, covered in a thick layer of dust.

While the first edition’s collection is a beautiful display through Wender’s insightful gaze, of humanity’s touch, though rarely in human form, amid magnificent, colourful, and ultimately irresistible nature, the additions in the 2015 Revisited edition are haunting, and beautifully poetic, revealing something very personal to the artist. They are, in one sense, a story within a story. 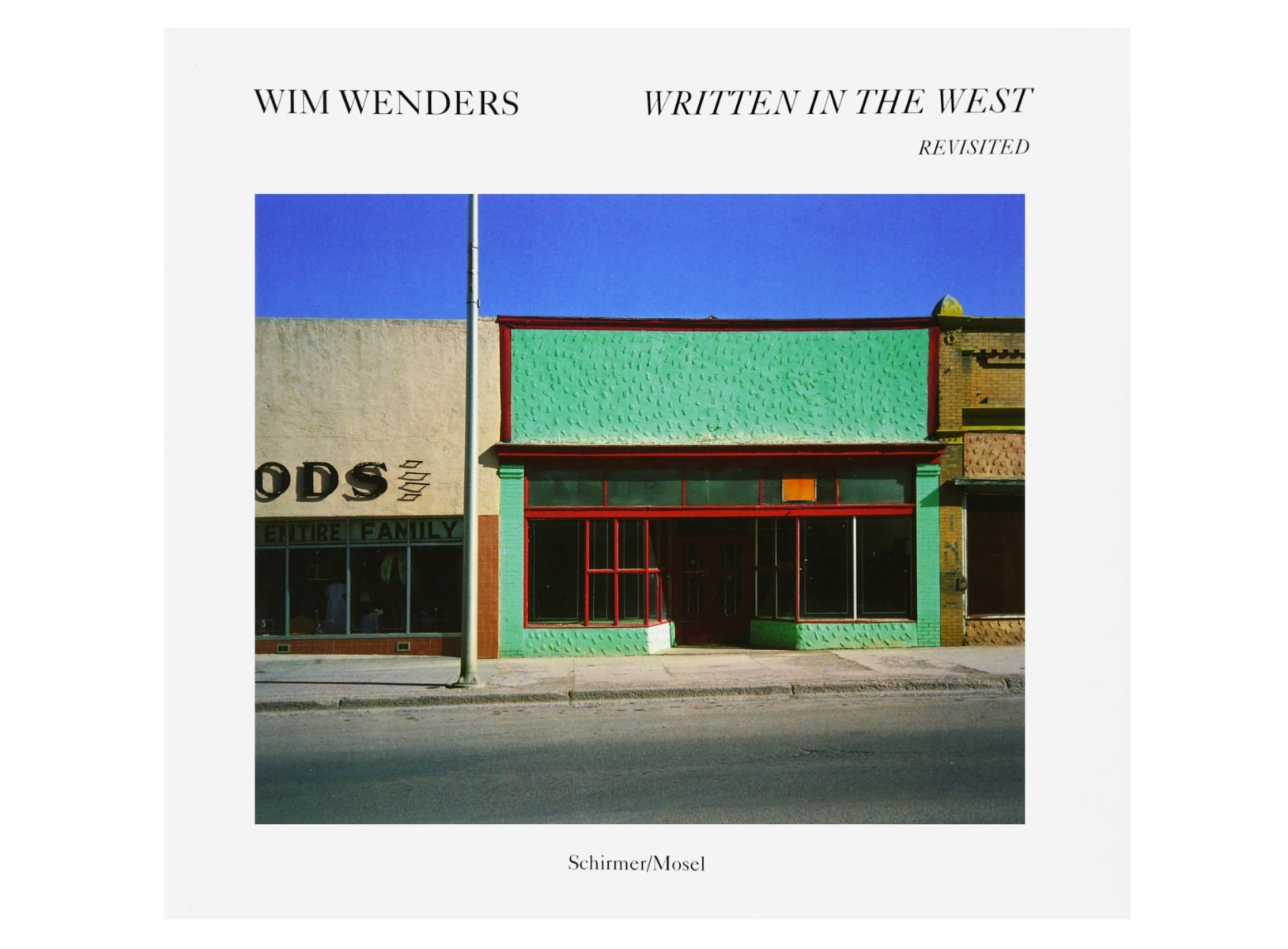 ‘…above all my trip [in the book] helped me dismiss my concern that I’d only be able to see the West through the eyes of John Ford or Anthony Mann.’’  – Wim Wenders

Written in the West, Revisited is published by Schirmer/Mosel.