“I am about to call it a day”, a title denoting to the end-of-day fatigue which Belgian photographer Bieke Depoorter captures in her protagonists, reveals to us the quiet drama of American family life, and the homes in which it thrives.

In this series real people are unmasked, revealing varying moments of intimacy, alienation, childlike malaise, and the realms which they’ve constructed, in which to retreat from the world. 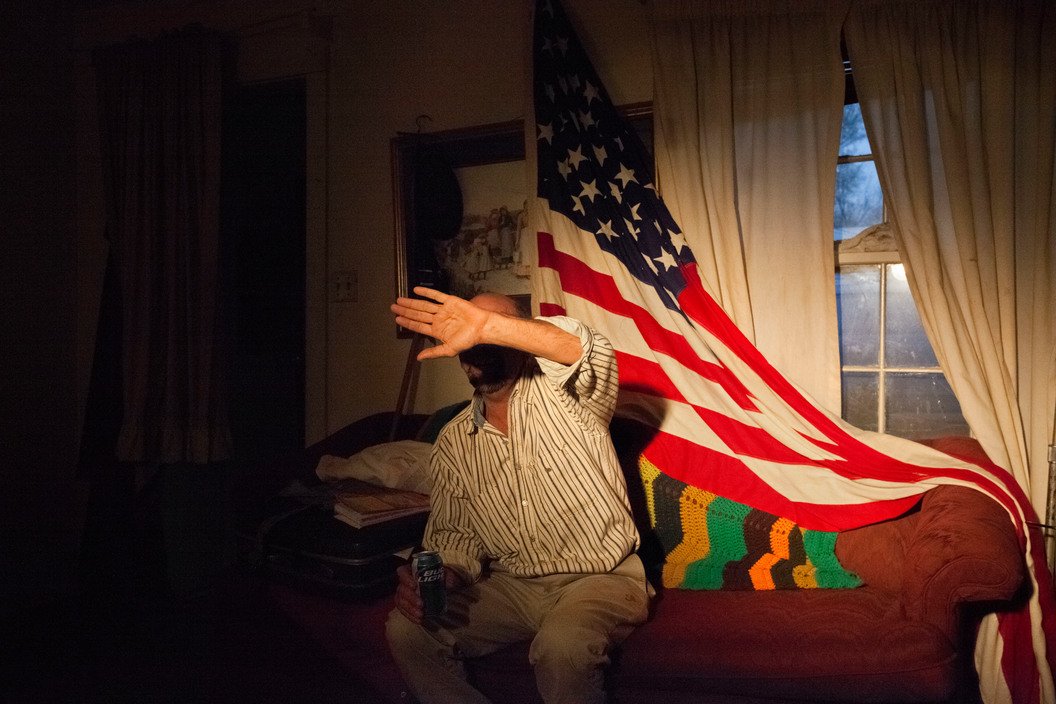 In 2008, prior to this project, Belgian photographer Bieke Depoorter undertook a long journey on the Trans Siberian Railway, spanning seven time zones and connecting Moscow to the Sea of Japan.
Armed only with her camera and a handwritten note saying “I am looking for a place to spend the night. Do you know people who would have a bed, or a couch? I don’t need anything in particular, and I have a sleeping bag. I prefer not to stay in a hotel, because I don’t have a lot of money and because I want to see the way people live in Russia. Could I stay at your place, perhaps?” she approached strangers along the way.

Creating transient bonds with the people that allowed her into their homes, she built a photographic exploration of small-town family life which resulted in her project Ou Menya (Ou menya: ‘With me’, or ‘At my place’ which in Russian can also denote possession, ‘it’s mine’) and subsequent associate membership at Magnum Photos. 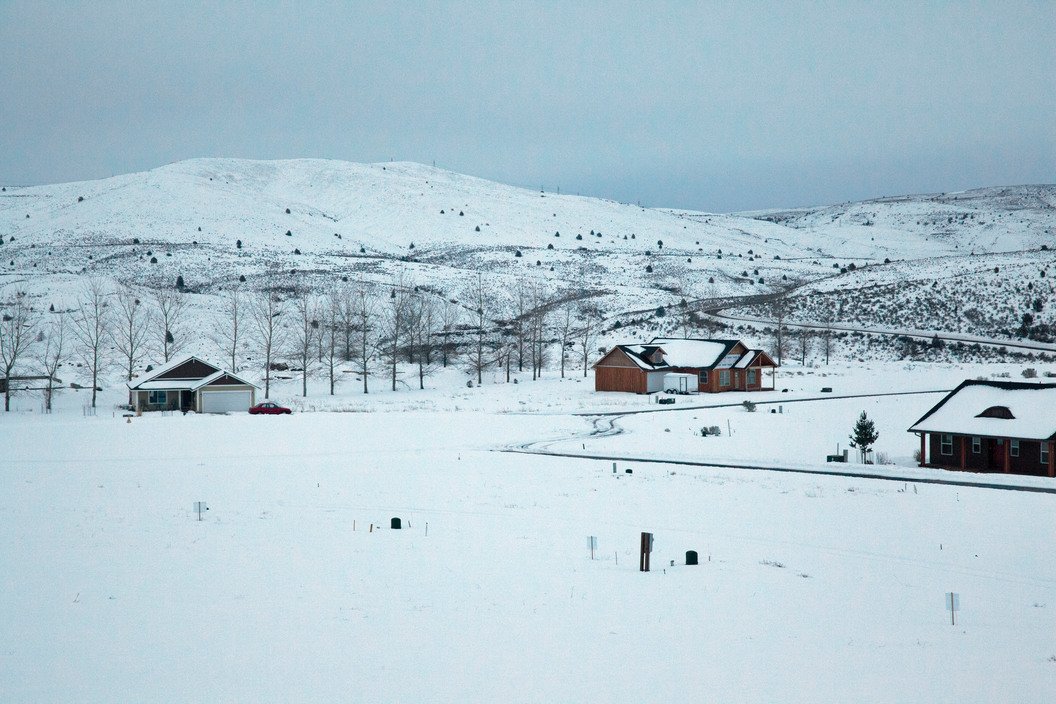 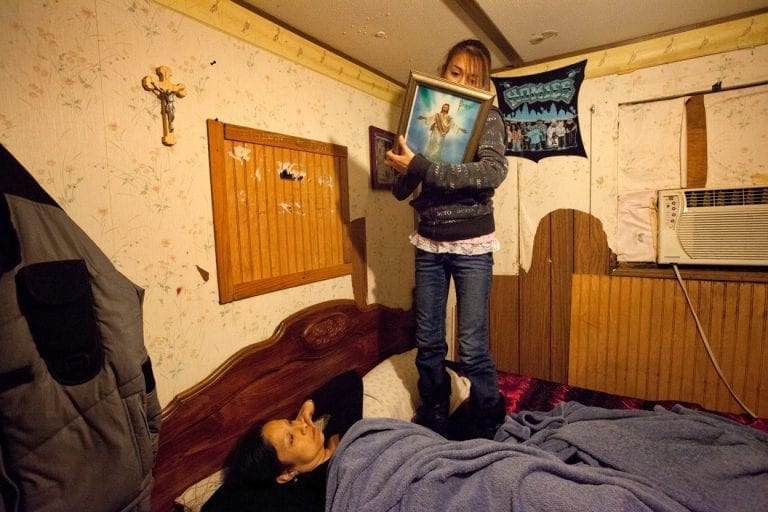 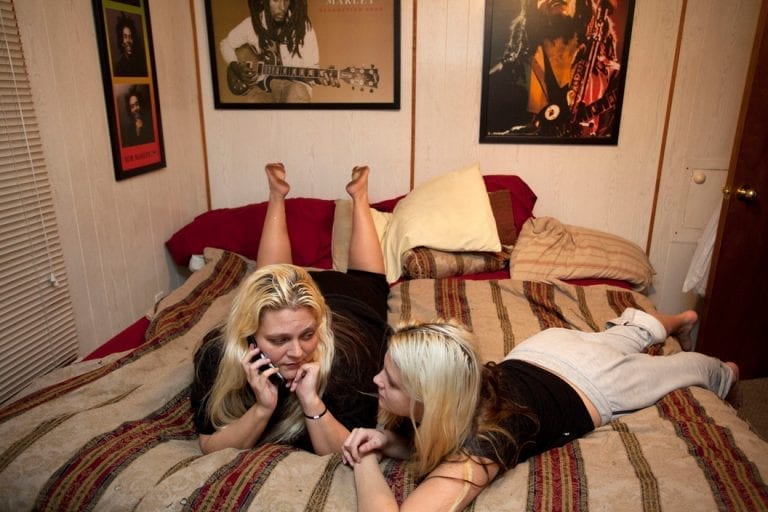 Two years later, a restless Depoorter took to the roads again, this time in the US. Hitchhiking alone through various states, she narrates her journey by interweaving images of the landscapes she passes through in the daytime, with pictures of the places where she spends the nights. 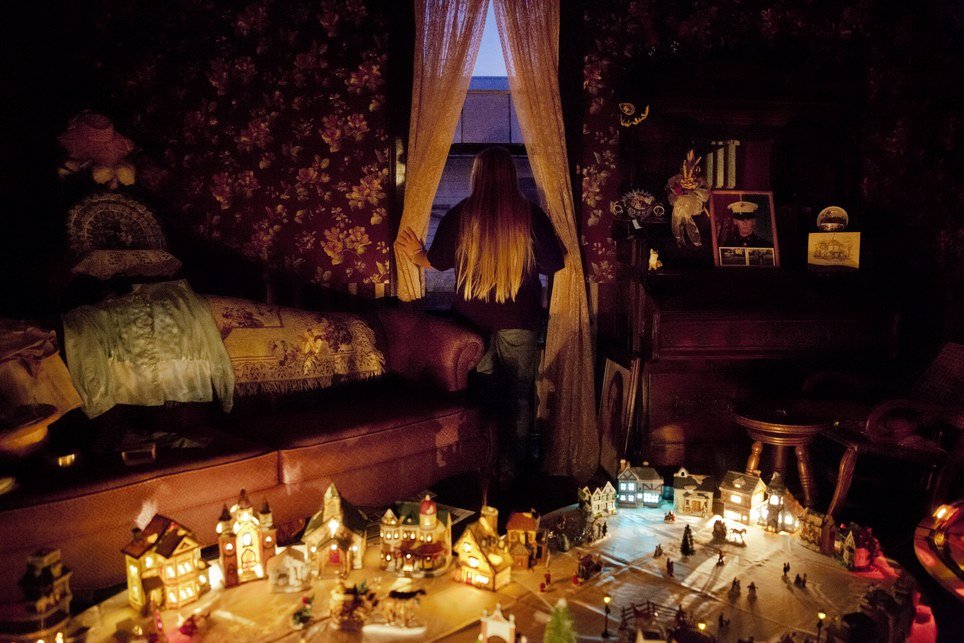 Again she has managed to find a varied group of people who are at ease in her presence, eager to welcome her into their homes and aware of the transient nature of her visit.

Depoorter’s experimental approach and reliance on chance results in empathetic pictures that reveal the core of family functionality. 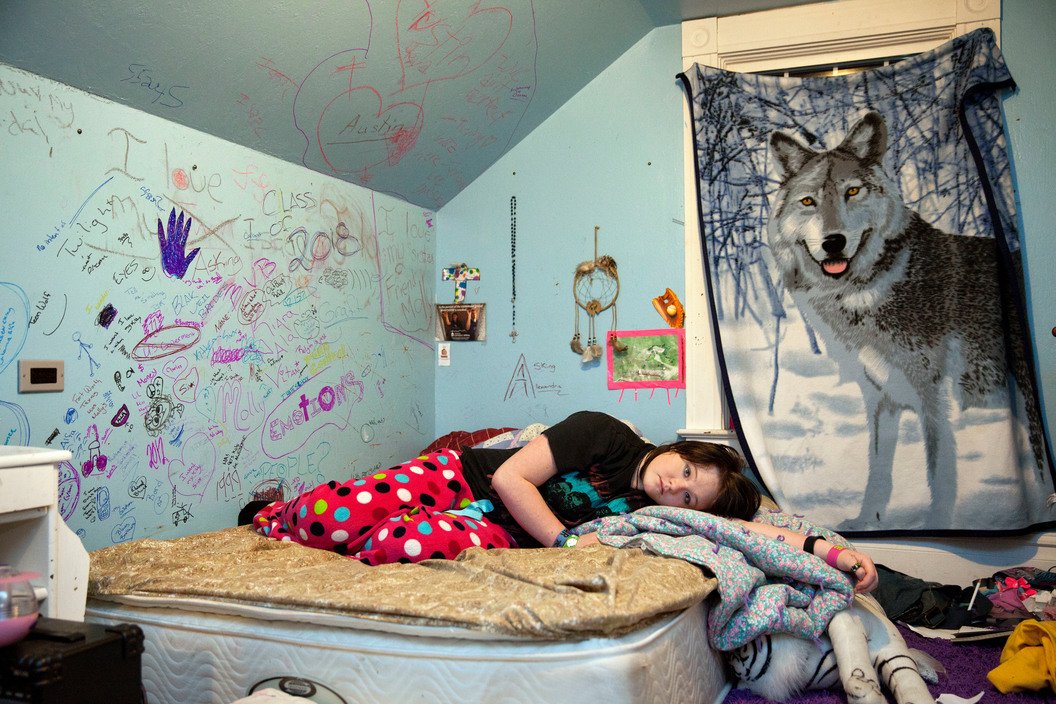 Her photos are both intimate and removed, demonstrating her ability to build trust with strangers. Depoorter’s discreteness has made her a master at capturing moments of an unguarded, almost defenceless nature. 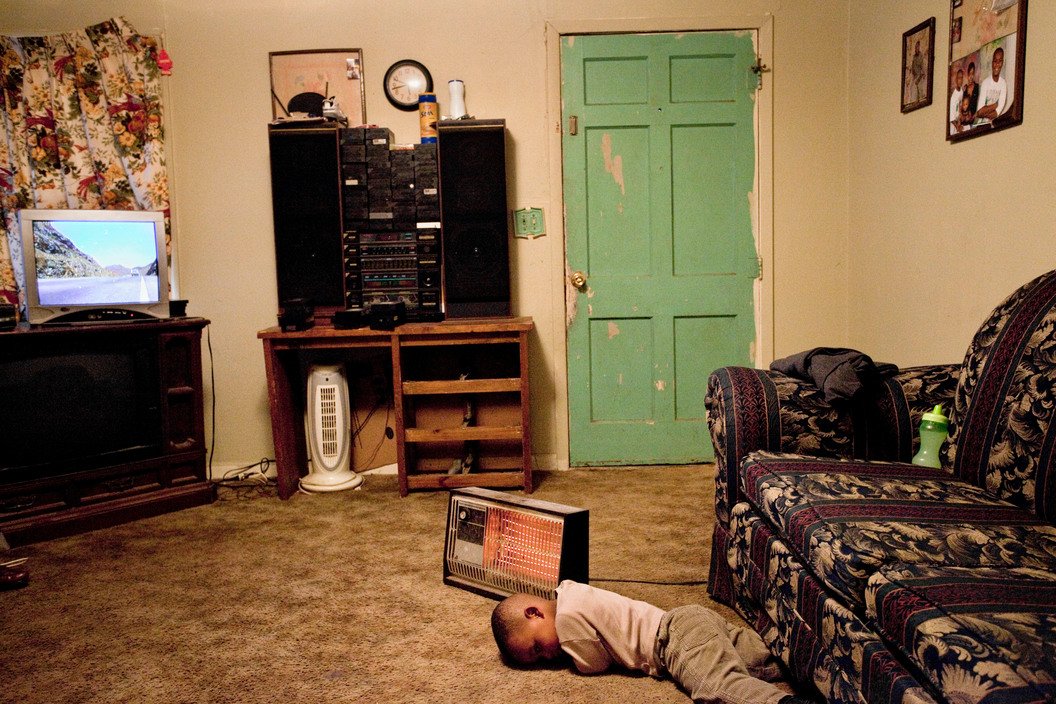 “I like the atmosphere of the night, when people go to sleep, I think it’s most real.
No one is looking at them, and they become their true selves.” 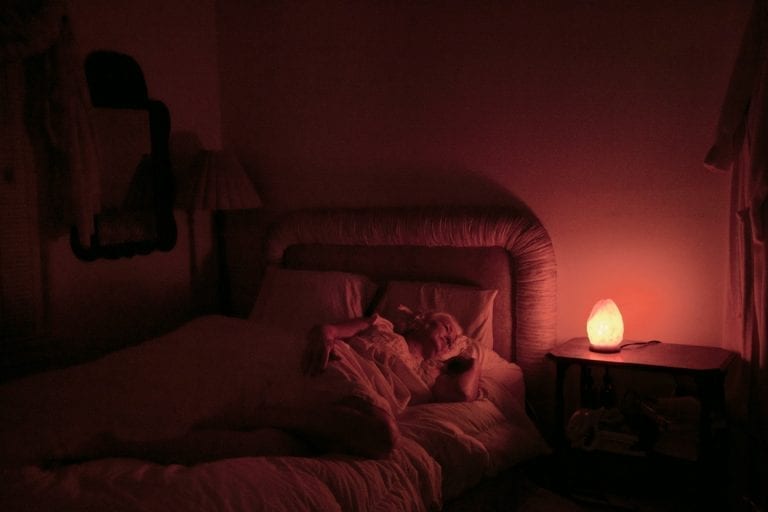 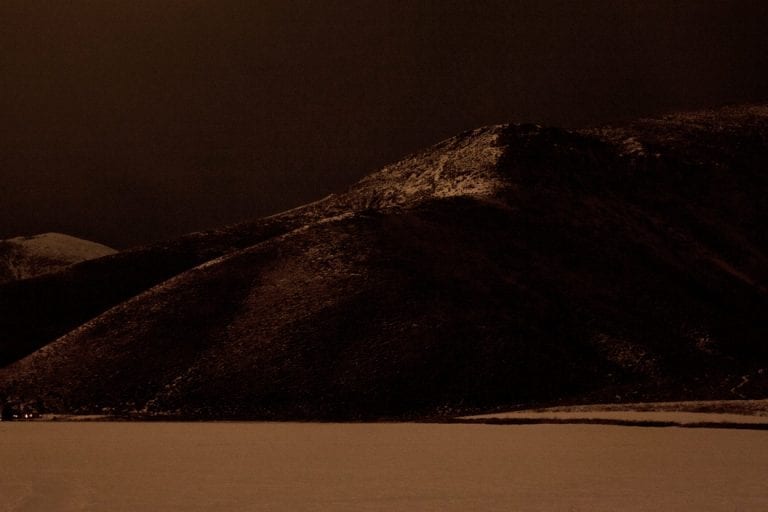 Housed in an unadorned brown card sheath, emblazoned with the title in large black letters, and only a brief text on the back- Depoorter’s book is clearly made to allow the photos inside to speak for themselves, without the exhaustive literary embellishment that many photographers feel that they ought to give their work.

Likewise this large format leaves her photos open to interpretation; viewers perceive the insides of these homes as they would if they’d just been welcomed in, able to glean every tiny detail with a mix of curiosity and suspicion. 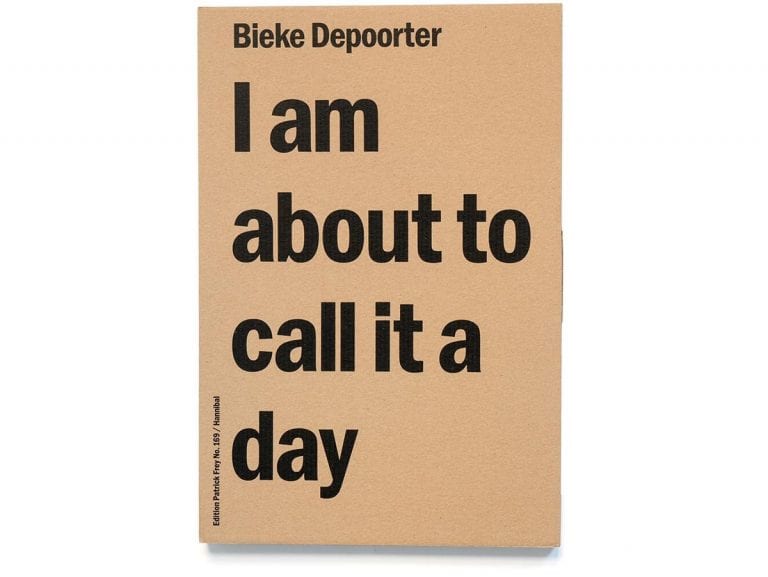 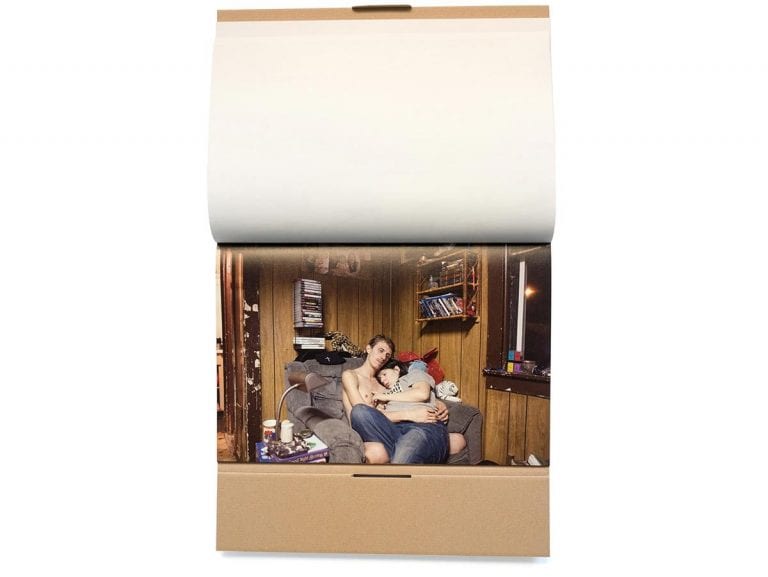 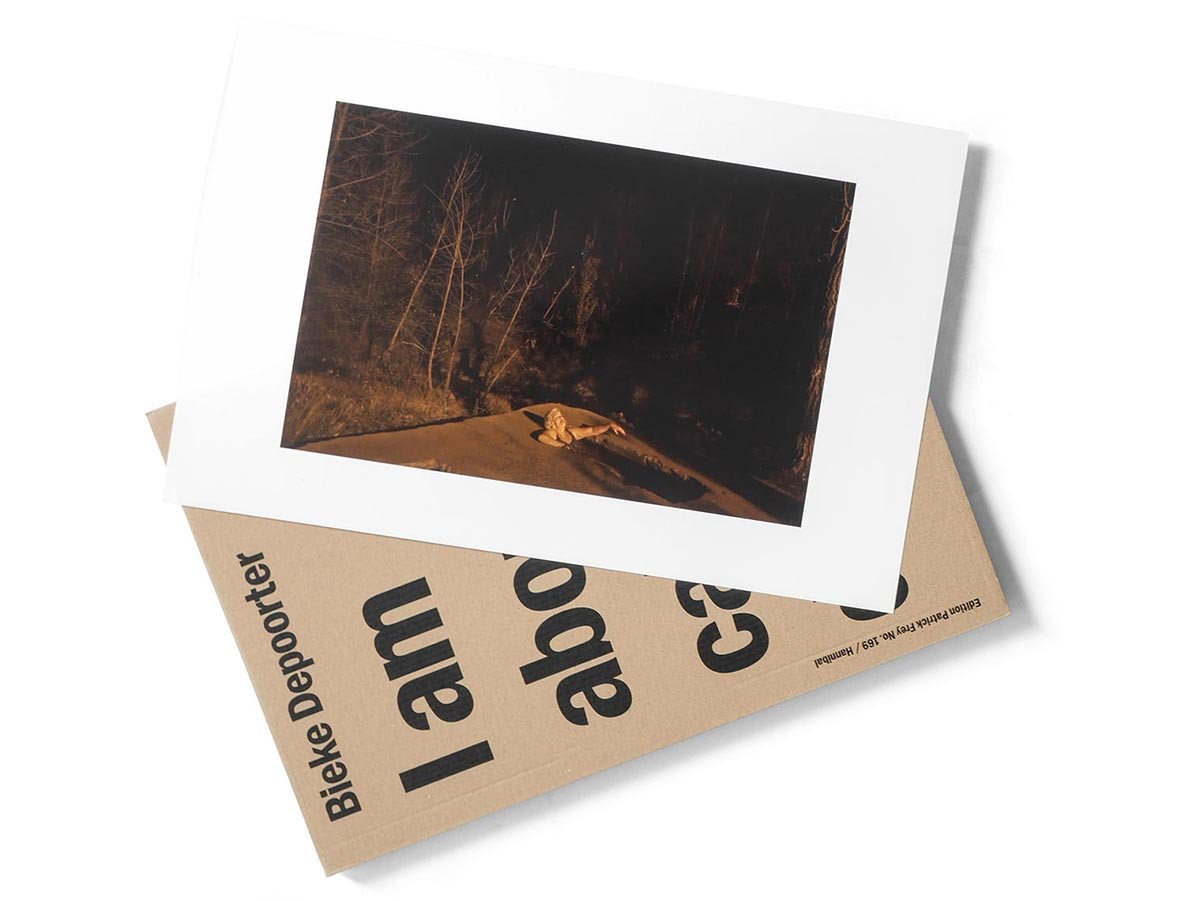 “In a way, a book is much more intimate. Within that format, I have opted for a pure simplicity, because I want to give the photos enough space. There are few texts and no subtitles. Readers are free to give the pictures whatever interpretation they feel like.” – Bieke Depoorter