Widely regarded as one of Africa’s most important contemporary artists, Samuel Fosso is renowned for his penetrative self-portraiture, which explores pan-African identity, and has led to his epithet ‘the man of a thousand faces’. 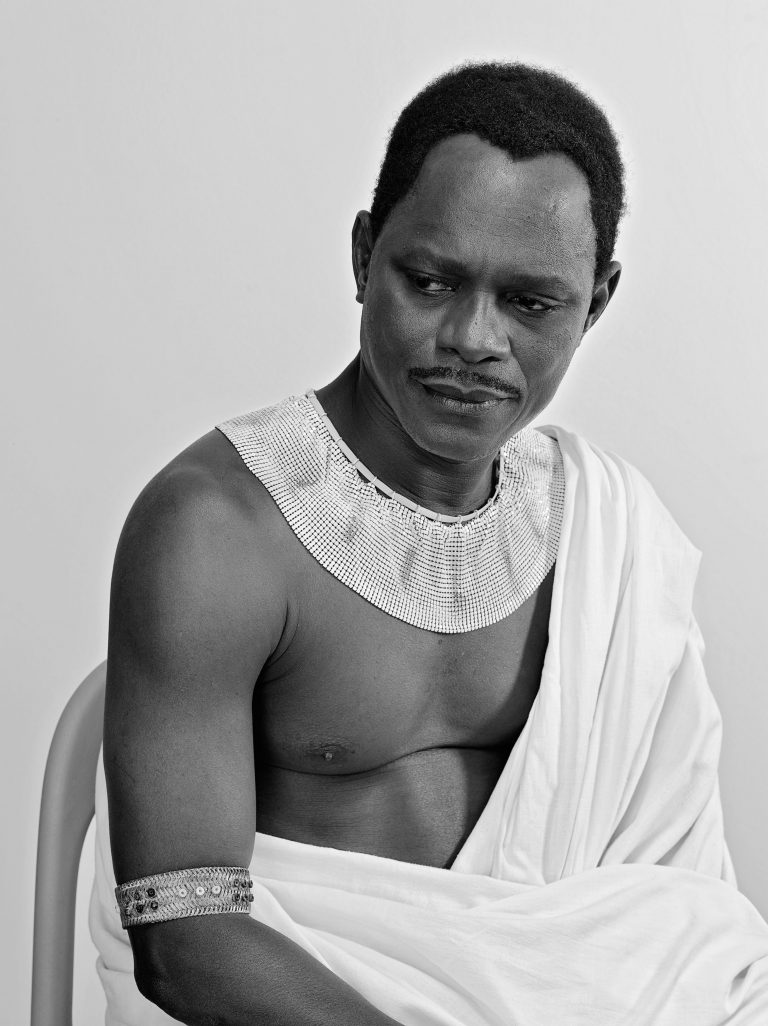 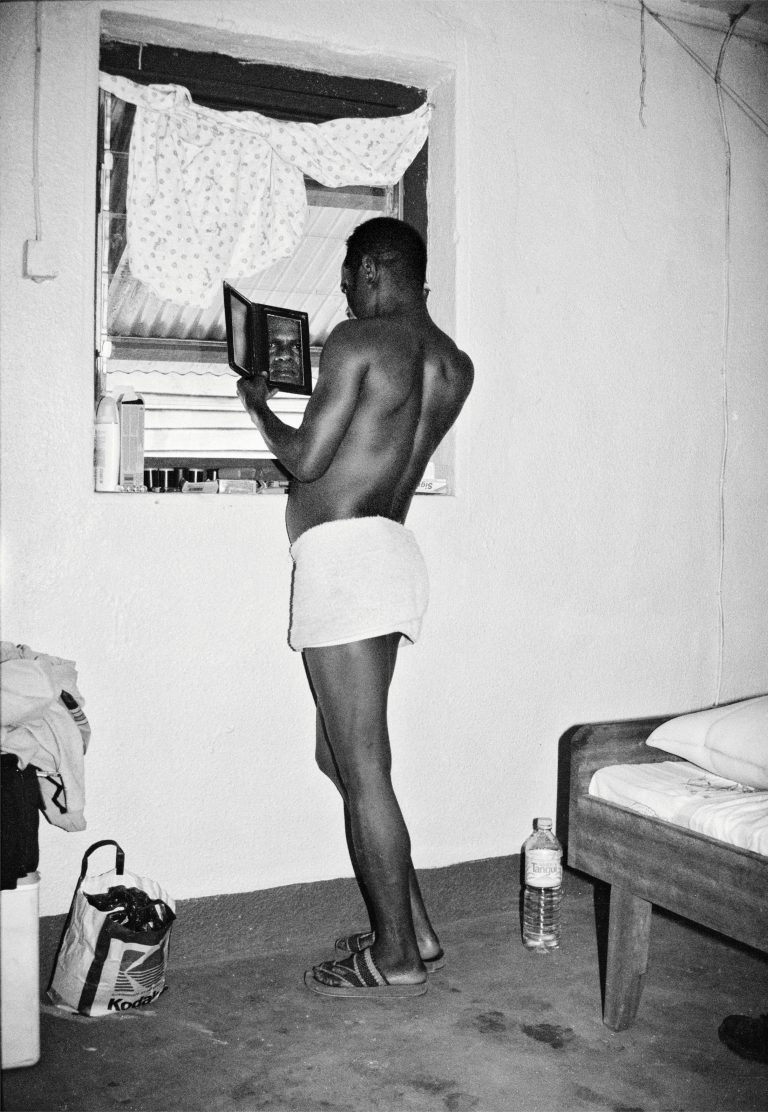 Fosso was born in Kumba, Cameroon in 1962, although his Nigerian parents moved him to their hometown of Afikpo shortly after, and then, in the late 1960s, following the outbreak of the Nigerian civil war, he was sent to live with an uncle in Bangui, the capital of the Central African Republic. It was here he was introduced to the medium, apprenticing for five months with a local photographer, an experience that subsequently encouraged him to open his own studio in 1975, then aged just 13.

During this period he predominantly captured staged portraits of local people, motivated primarily by the financial rewards rather than a deep interest in the creative potential of the medium. However, at the end of each day, he would take a series of self-portraits, both to finish the roll of film, and also capture mementos that he would send to his Grandmother in Nigeria. 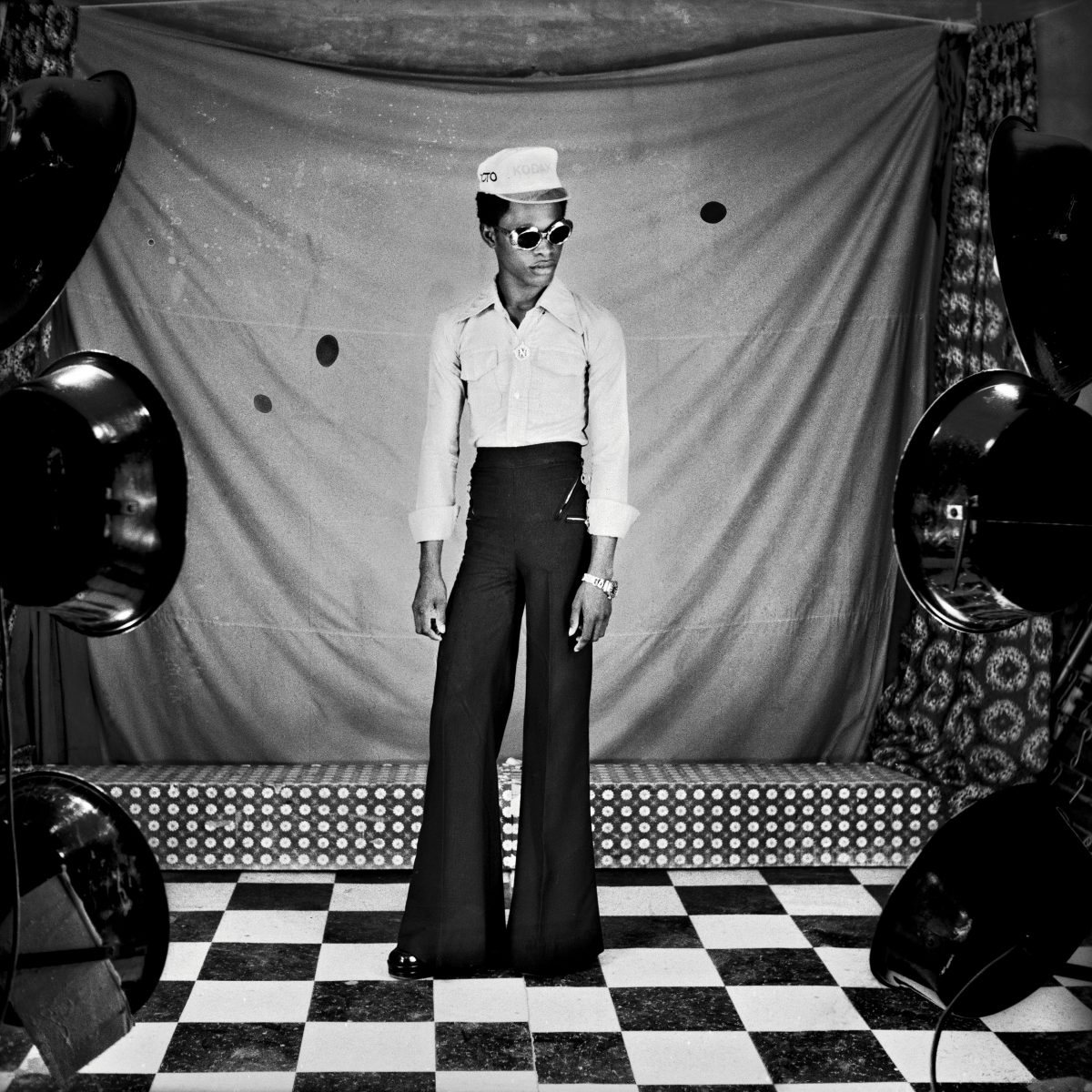 Nonetheless, despite his initial practical inclination, soon Fosso began exploring this autobiographical format further, encouraged by its means of self-expression, and an inherent yearning for representation: as a baby, he had suffered from a form of paralysis, and thus, his father had decided against having him photographed, as was customary for young children at the time.

These early renderings are extraordinarily performative: Fosso dons a mosaic of flamboyant attire, inspired by leading black cultural figures such as James Brown and Fela Kuti, though also by the Igbo traditions of his forebears, where masks and bright garments were donned for seasonal performances. He explores the intersections of gender, sexuality, and post-colonial African identity with a confidence that belies both his juvenility, and the conservative orthodoxy of the country during the period. 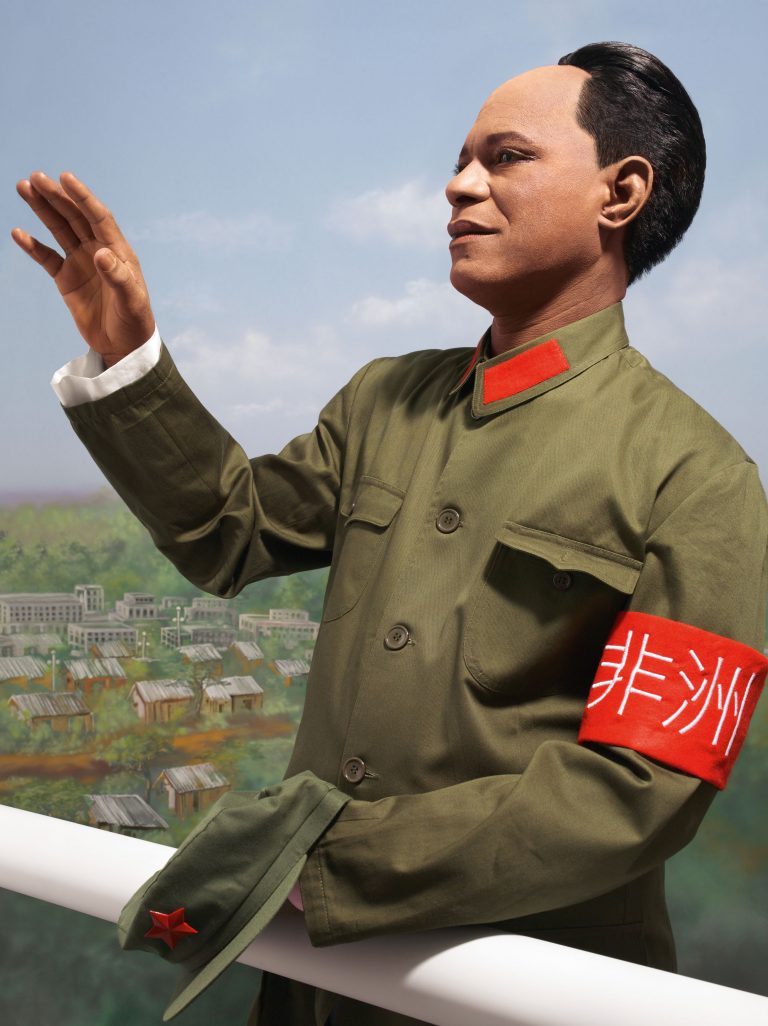 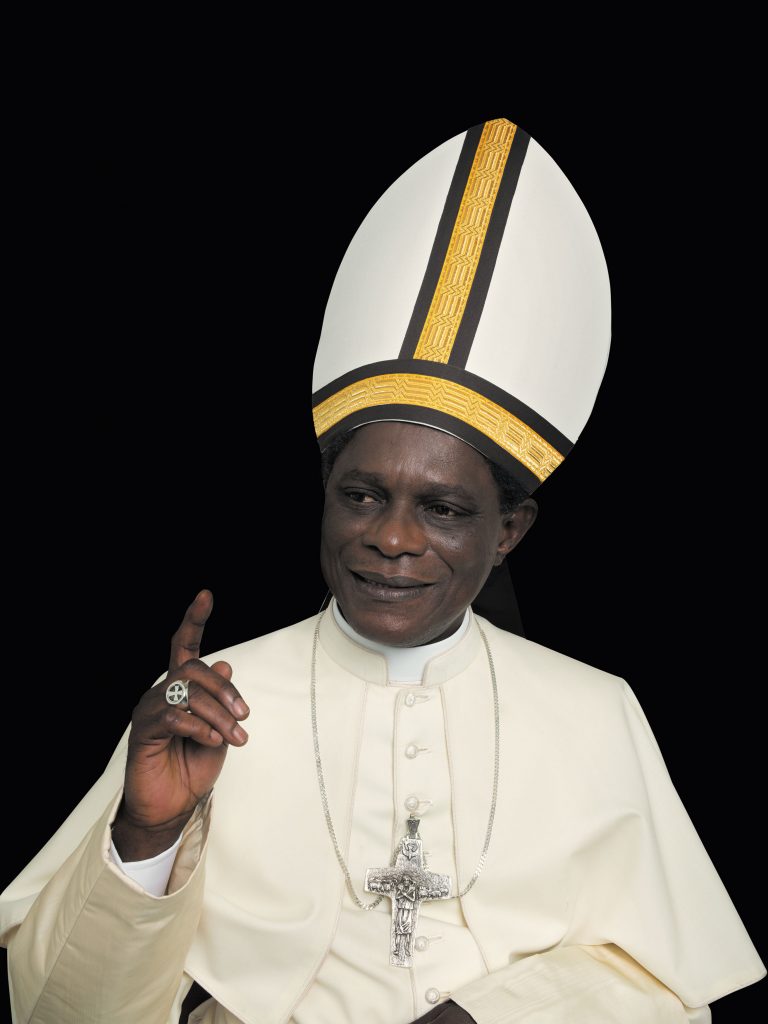 His burgeoning approach set the foundation for his practice henceforth, though he would remain largely unknown outside his home city until 1993, when French photographer and curator Bernard Deschamps happened upon his images and subsequently included them in the inaugural Rencontres de la Photographie Africaine, the biennial contemporary African photography exhibition held the following year in Bamako, Mali.

The exhibition provided a launchpad for his artistic career, and a year later he exhibited in Paris alongside several prominent photographers, including Martin Parr and Marie-Paule Nègre. His profile grew further still with the revelation of his 1997 color series Tati, commissioned by the eponymous Parisian department store.

Although Fosso had been experimenting with color for some time, these works had largely remained uncharted, and thus the series marked the first time his chromatic images had been exhibited in this manner. Adopting the role of various archetypes and characters: the rock star; the businessman; the bourgeois woman, Fosso dissects pervasive stereotypes, particularly in relation to black identity, capturing a series of arresting images characterized by his trademark theatricalism, further enriched by the vivid chromaticity.

In 2008, he created perhaps his most memorable series, African Spirits, in which he reimagined iconic photographs of prominent, cultural, political, and intellectual figures from Africa and the diaspora, paying homage to their role in the fight for liberation and independence, and simultaneously constructing a visual archive of Pan-African identity. 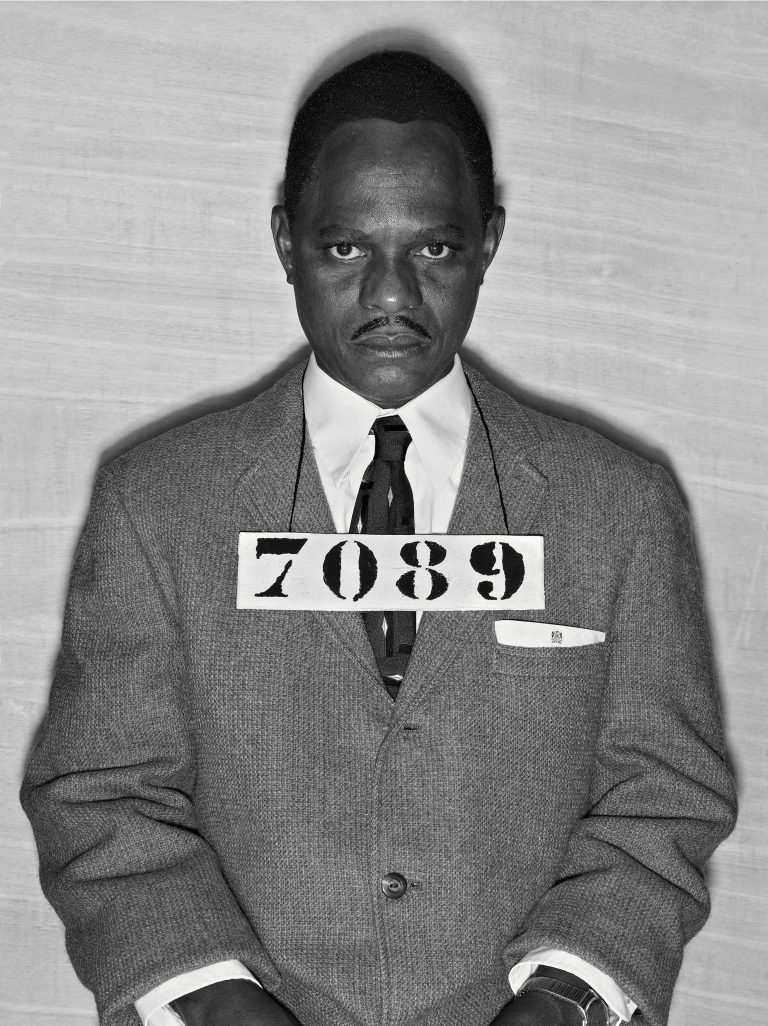 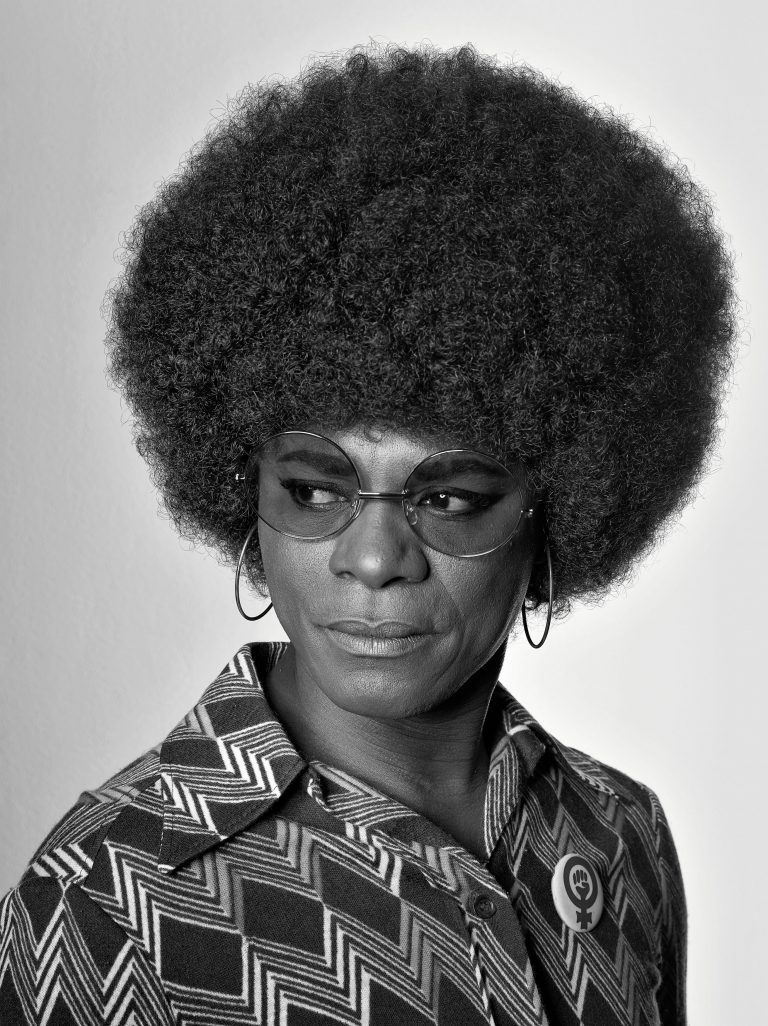 Widely acclaimed, the series marked a return toward a more unequivocally protestive tone, retained in his 2013 series, Allonzenfans, a testament to the seldom acknowledged West African soldiers who fought for the armies of France and their allied colonial powers in both World Wars. Emperor of Africa, also 2013 in which he assumes the guise of Chairman Mao, recreating iconic propagandist portraits of the former Chinese leader as a means of interrogating the modern relationship between China and the African continent, and again in 2017 with Black Pope, in which he challenges the ubiquity of whiteness within the Catholic iconography, imagining how, one day, that his vision of an African pope could become a reality. 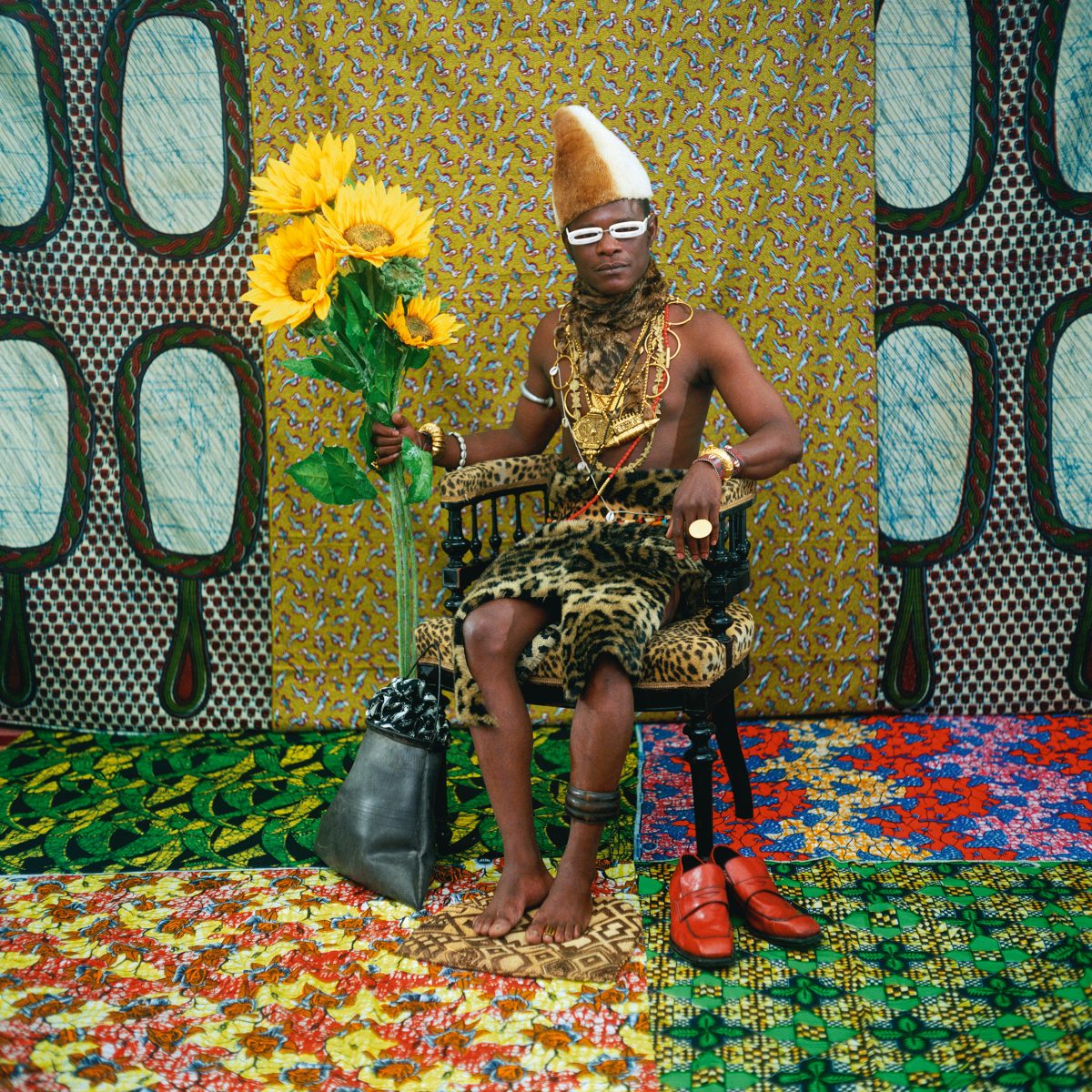 “In all my works I am both character and director. I don’t put myself in the photographs. My work is based on specific situations and people I am familiar with, things that I desire and things that I draw up in my imagination and which, then, I interpret. I borrow an identity.” – Samuel Fosso 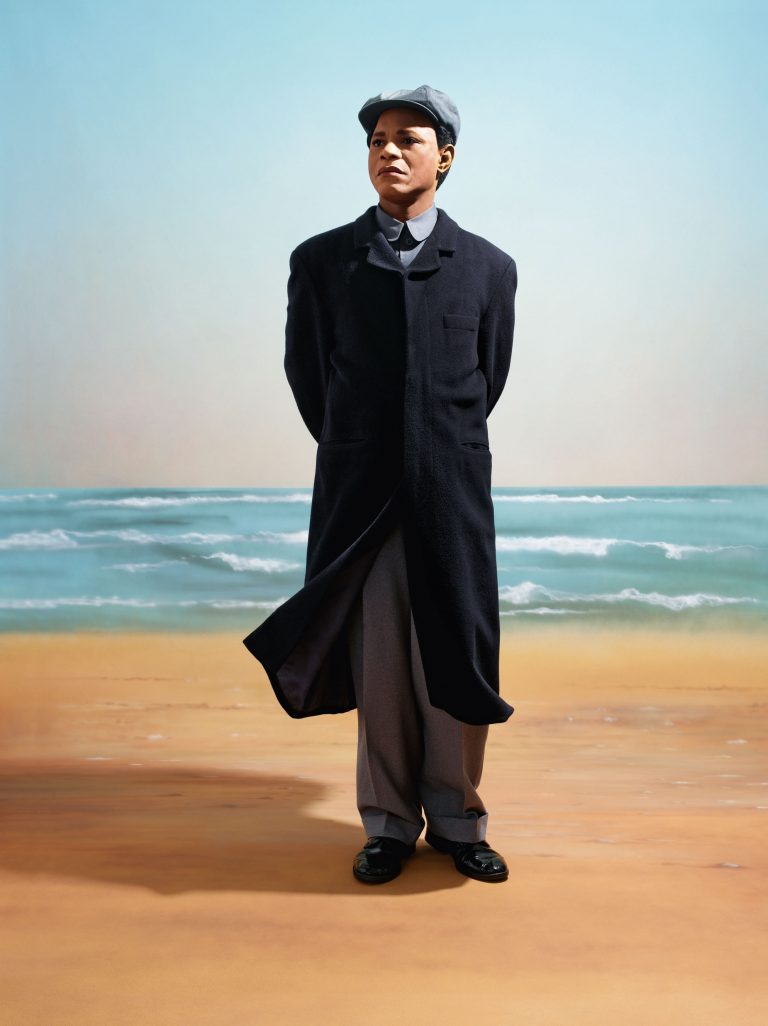 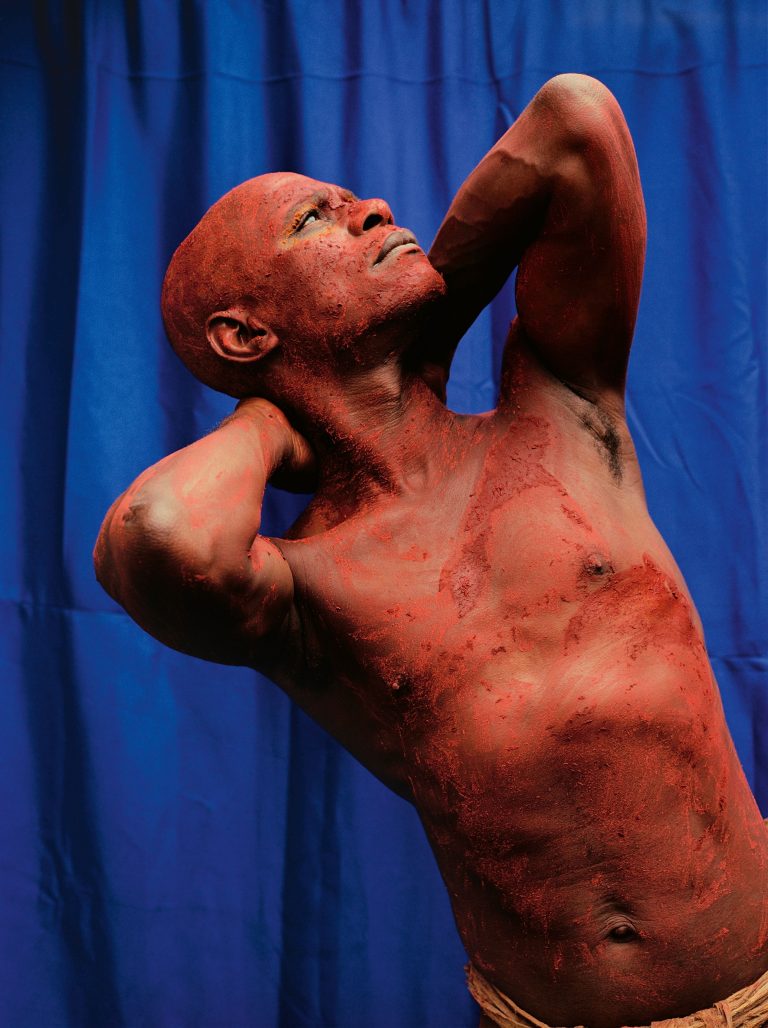 In 2015, Fosso created perhaps his most strikingly introspective work SIXSIXSIX. Comprising 666, polaroid self-portraits, his trademark costumes, and intricate backdrops are relinquished in favor of a single austere environment, in order to embody the essence of self-portraiture.

A profoundly-compelling study of the human condition, and a testament to his exceptional artistry, each image conveys a unique set of emotions, inspired by Fosso’s often tumultuous life experiences: from his early childhood illness to the conflicts that twice forced him to flee his home. In 2012, he was forced to flee Bangui for Paris after war broke out in the Central African Republic, during which his home, studio, and photographic equipment were destroyed. 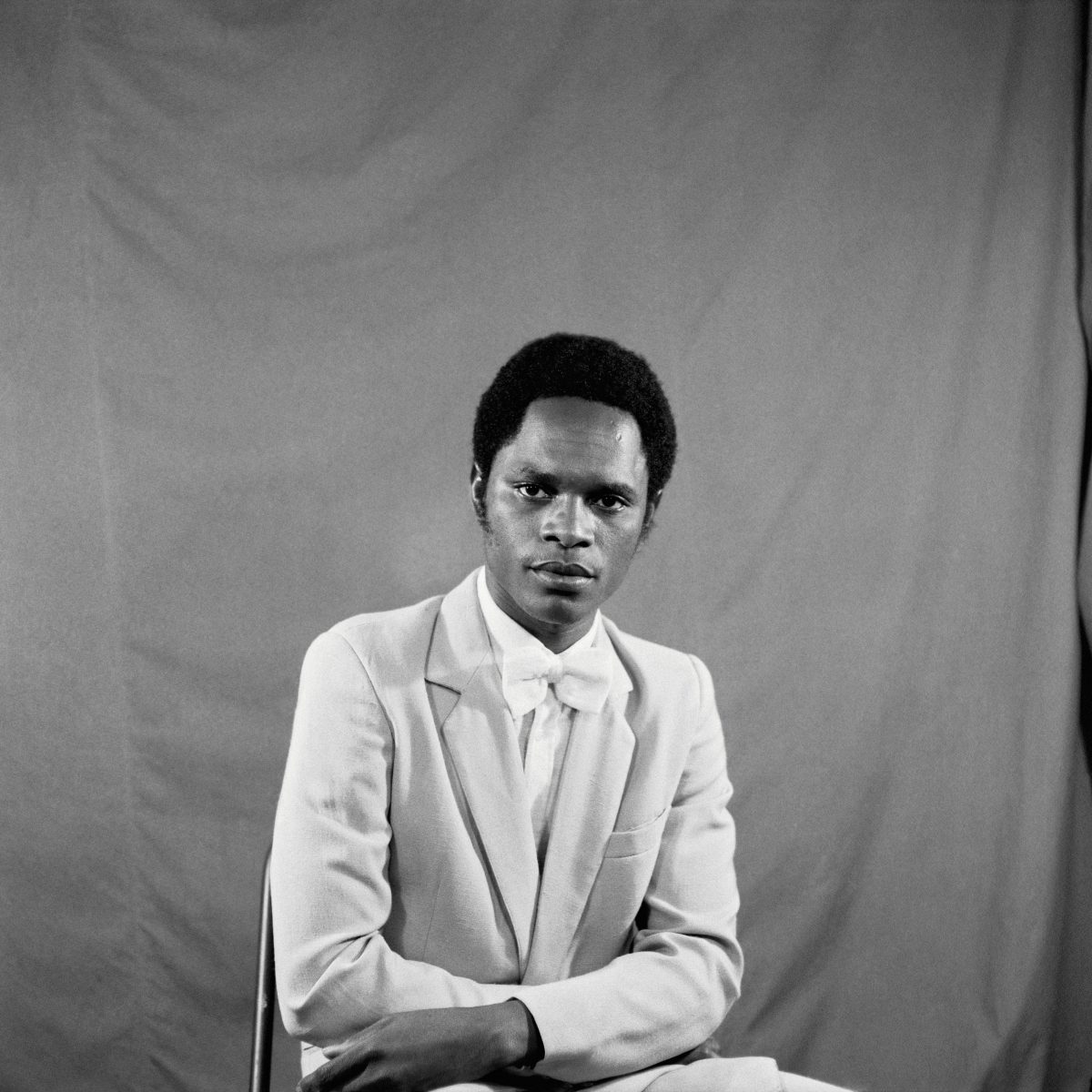 From the early experimental studio portraits that set the foundation for his career thereafter, right through to these most recent works, Autoportrait displays the full breadth of Fosso’s extraordinary repertoire, which, combined with essays and contributions from renowned scholars and writers, along with an in-depth interview with the artist himself, exposits the remarkable virtuosity and percipience of one of the most unique photographic artists of recent decades.

Autoportrait is available now via Steidl