Kodak, a household brand with a 120-year-old history is unquestionably one of the most important names in photography.

Although the legendary company has lost much of its capital in recent years, Kodak can almost single-handedly be attributed to the creation of mass-market amateur photography and is responsible for enabling Hollywood movies and home video.

Ironically, Kodak, which was also responsible for inventing digital photography, is now witnessing its own downfall as a result of the medium’s proliferation. Though the future of Kodak is still uncertain, its illustrious history is a long and interesting one, dating back to 1880, and the days of Thomas Edison.

Back in the late 19th century, Mr George Eastman, who had established the Eastman Dry Plate Company, was working on an invention that would enable pieces of paper covered in photographic emulsion to record photographic positives. Along with the help of William Walker, another photographic expert, the two developed a holder for Eastman’s photo plates. 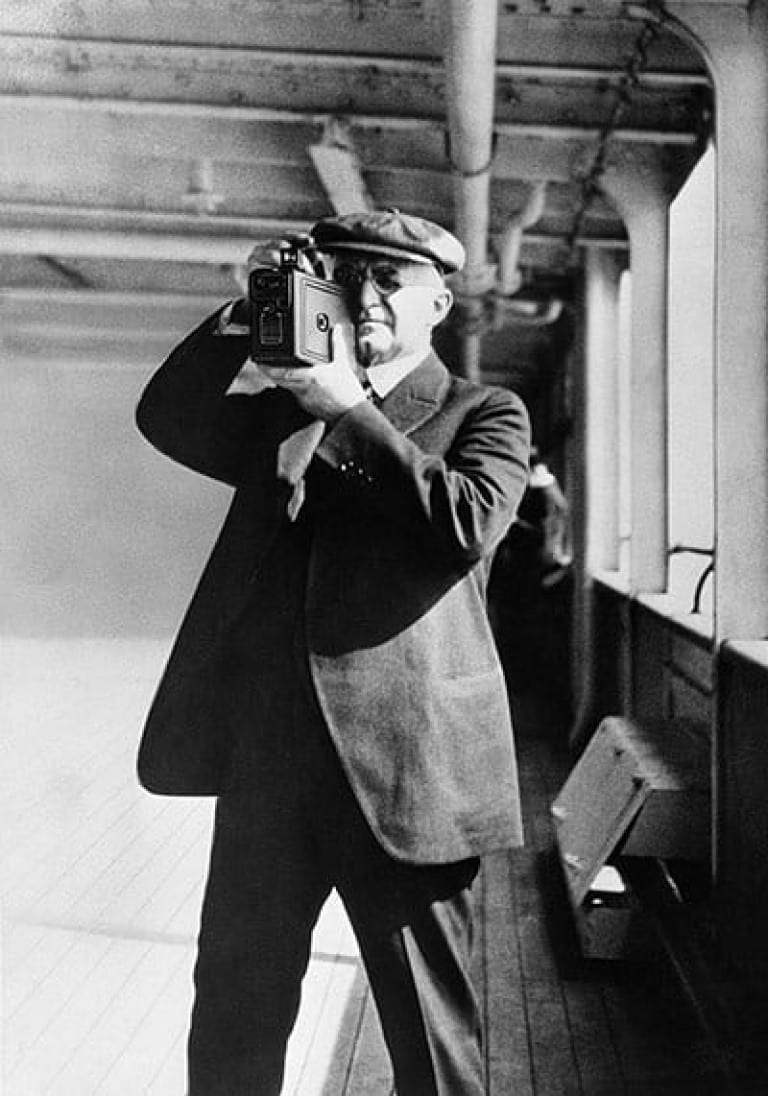 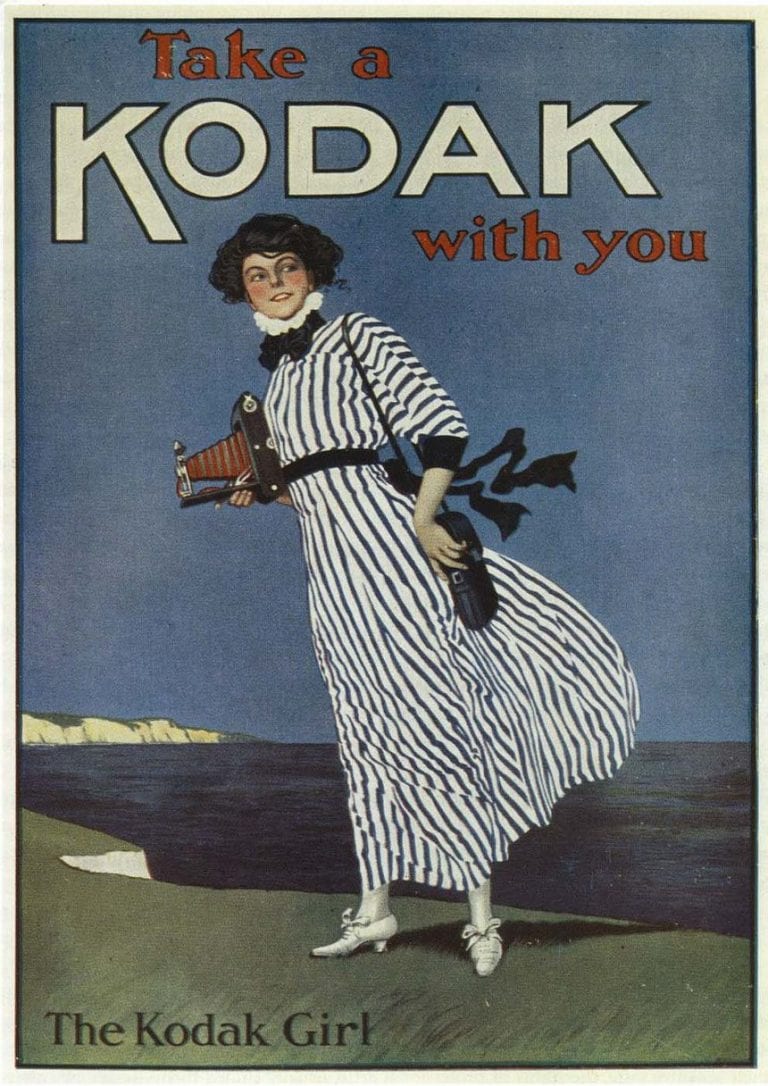 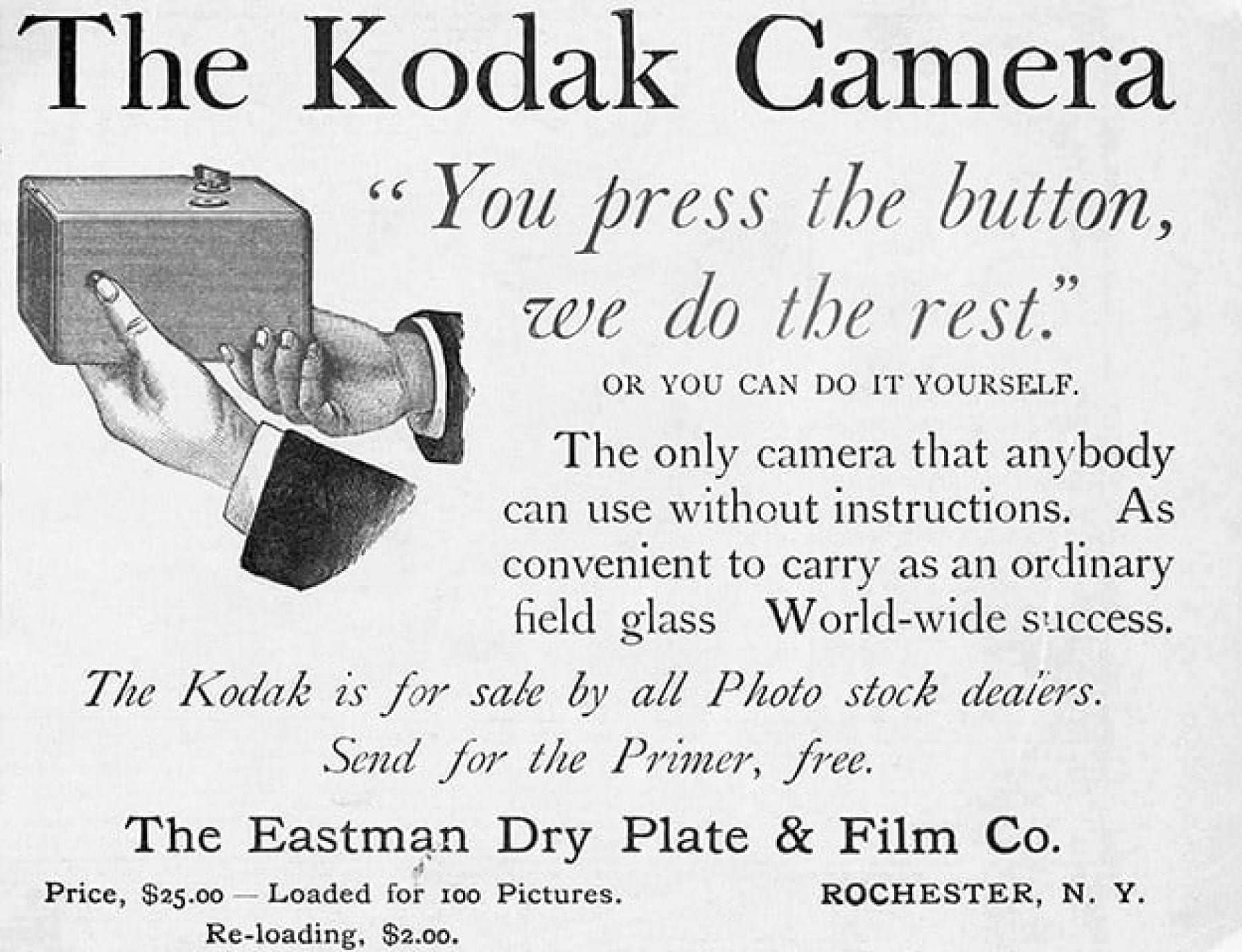 Always on the look out for further advancements in photographic technology, Eastman later merged independent inventions by Hannibal Goodwin and Emile Reynaud, who each respectively created transparent nitrocellulose film bases and perforations in photographic film. Together, these inventions formed the basis of the first mass-market produced rolls of film. 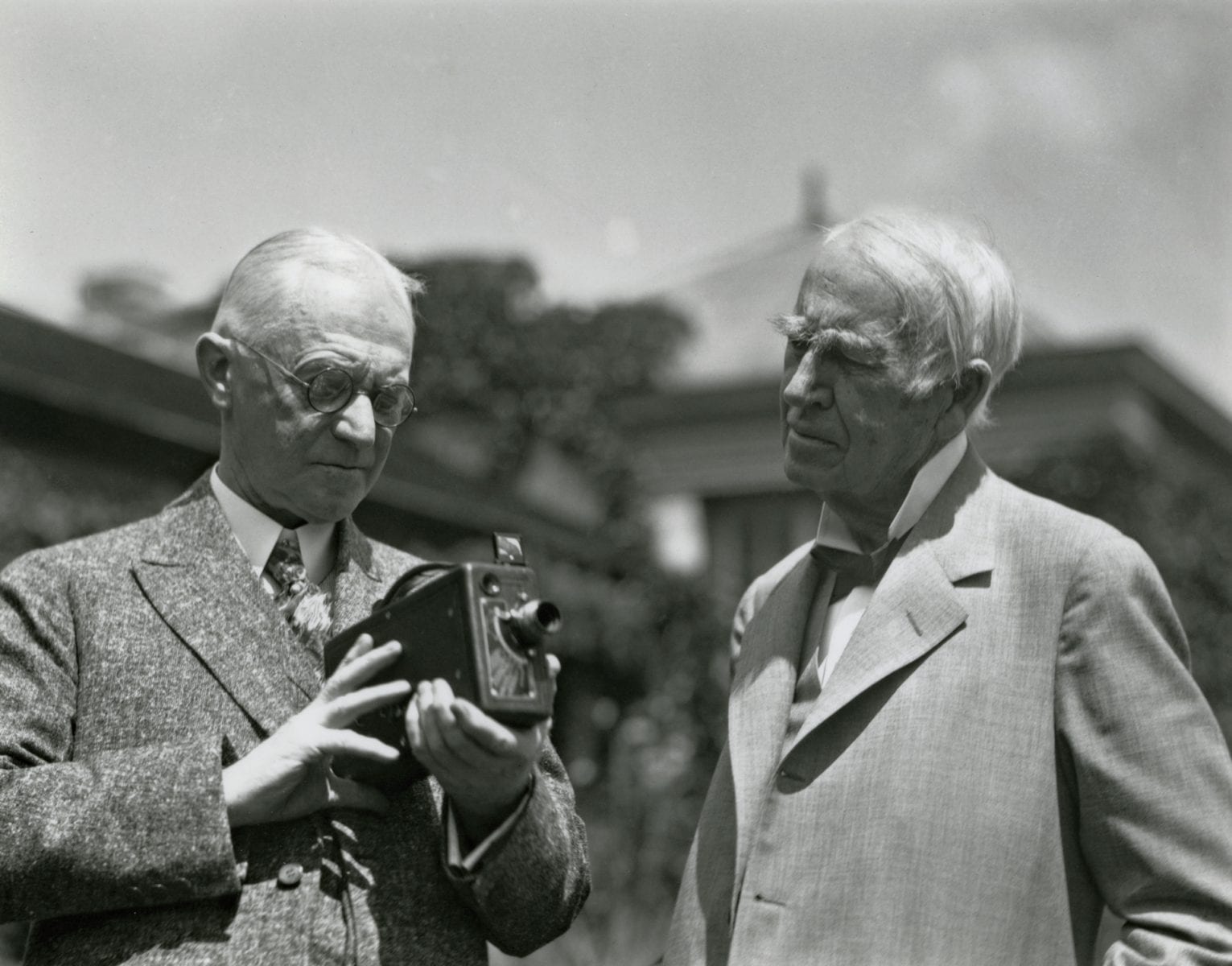 Along with the famed Thomas Edison, Eastman trimmed 40mm filmstock down to 35mm. Edison’s early inventions led him to develop the Kinetoscope, a motion-picture device powered by a single person. The Kinetoscope was an instrumental device in the development of the film industry. 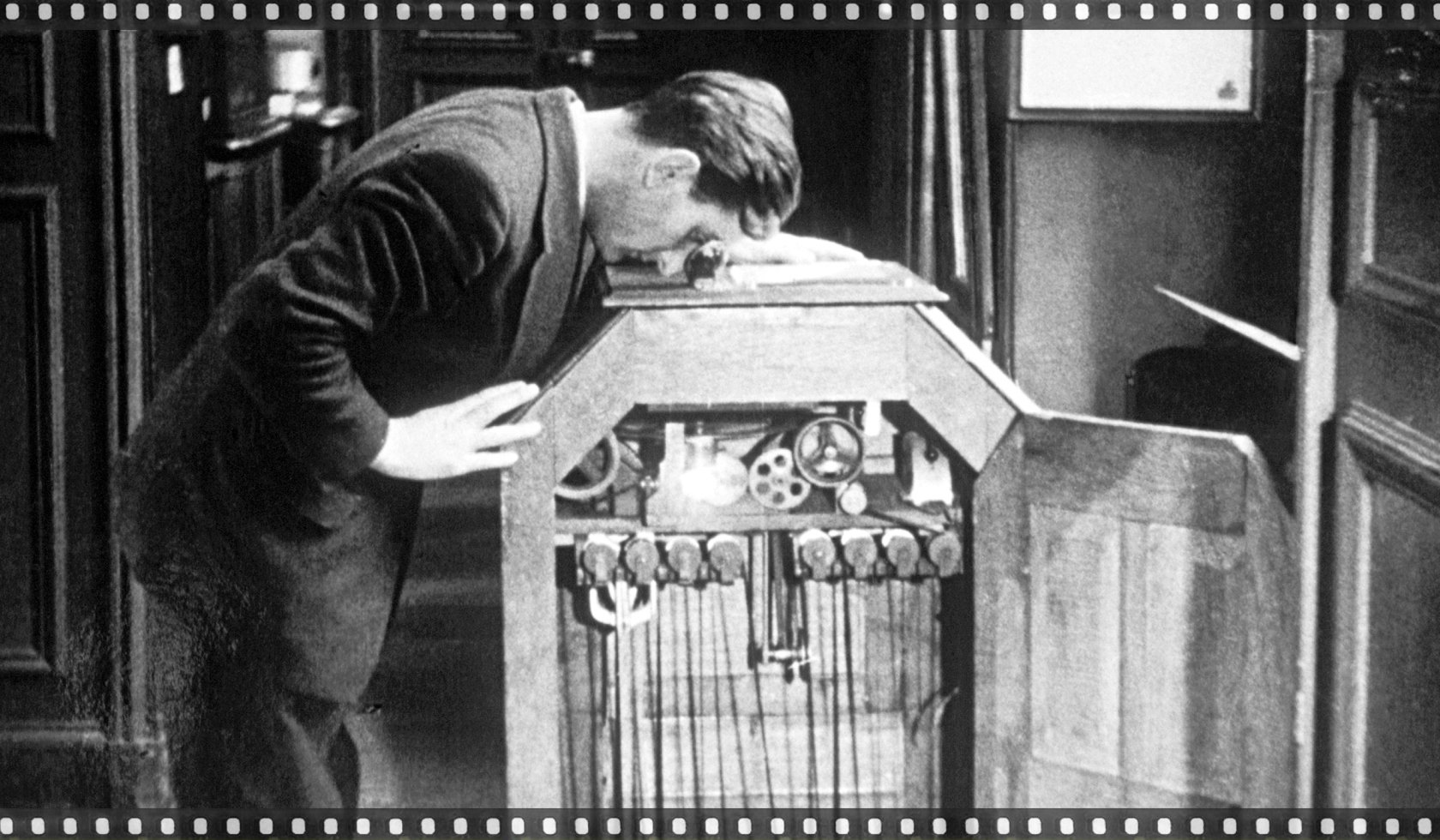 A man watching a moving picture through the Edison kinetoscope, 1889 © Getty Images

In 1888, Eastman trademarked the name “Kodak”, a meaningless word which would soon develop a definition on its own and rapidly become one of the most recognisable brands in the world. To accompany the trademarked name, Eastman developed and released a Kodak camera which was loaded with paper film of 100 photos. And so was born the amateur photograph.

By 1897, Kodak had patented a pocketable camera. By 1900, they had released the ‘Brownie’, a basic cardboard box camera with a simple meniscus lens that took 2 1/4-inch square pictures on 117 roll film – The Brownie functioned so quickly and easily that the word ‘snapshot’ was born. 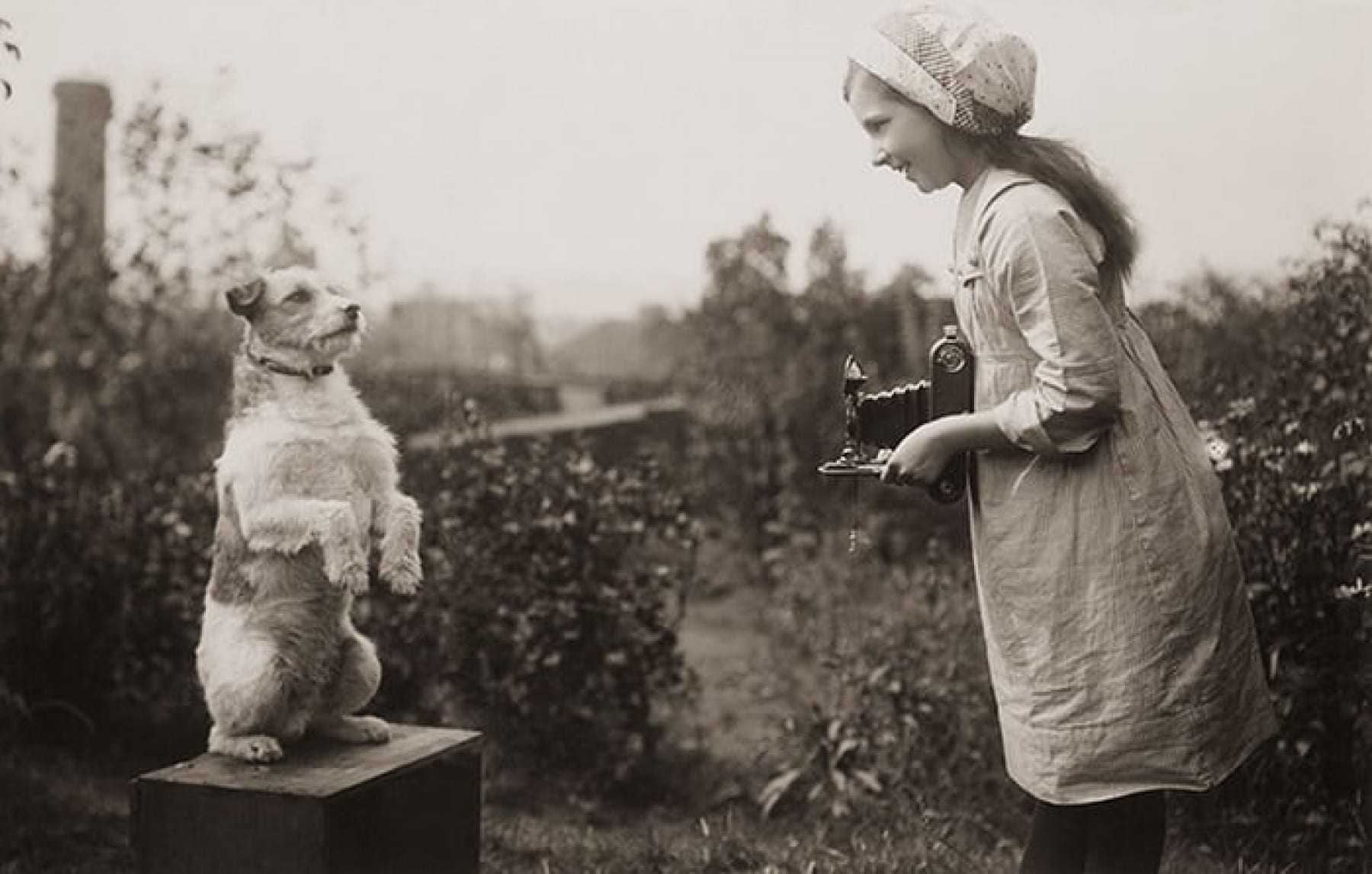 Kodak used it’s newfound success to make advancements in research and development. In 1935, the company released Kodachrome which was instantly a mass-market success. Available in most formats from 8mm to large format, the film’s ability to capture rich colour became an instant hit amongst photographers and Hollywood filmmakers.

Sadly in 2009 the Kodachrome was discontinued, much to the dismay of the photographic community. It is still regarded as being in the upper echelon of photographic film stock. Photographers famous for their use of Kodachrome are William Eggleston and Steve McCurry. 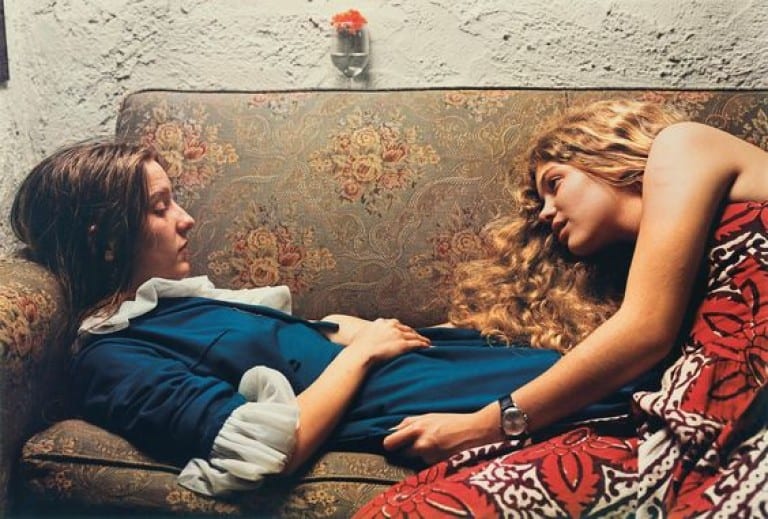 Earth captured by Lunar Orbiter I with Kodak hardware, 1966 © Courtesy of Kodak archive

In 1969 Kodak produced the camera used by astronauts of the Apollo 11 mission which was used on the surface of the moon. The first ever photo of Earth taken from deep space was captured by Lunar Orbiter I with Kodak hardware.

Six years later, Steve Sassen, an engineer at Kodak who worked in research and development invented the digital camera. The 3.6kg device stored images on cassette tape, had a 0.01mp resolution and took 23 seconds to expose each image. In 1986, Kodak developed the world’s first camera-size megapixel sensor; and in 1991, Kodak created the first digital SLR camera, a modified Nikon F3 with a 1.3-megapixel CCD sensor. 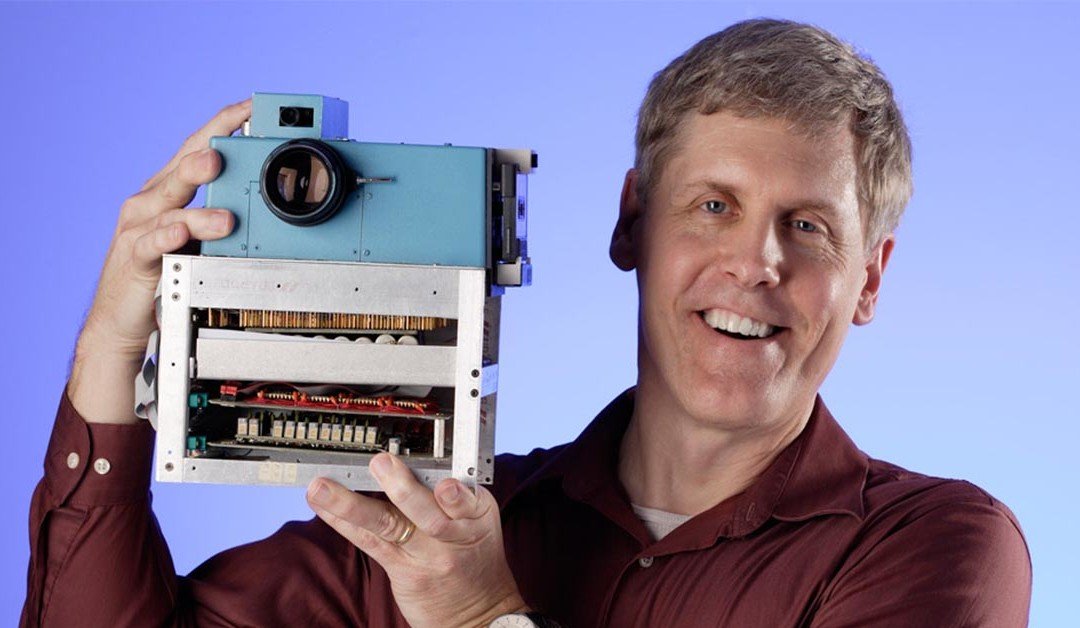 However, despite essentially inventing the digital camera, Kodak didn’t focus its efforts enough on digital photography and were rapidly overtaken by other brands such as Nikon and Canon. In 2005 Kodak was the largest seller of digital cameras in the US but by 2007 it had fallen to fourth place and by 2010 to seventh. 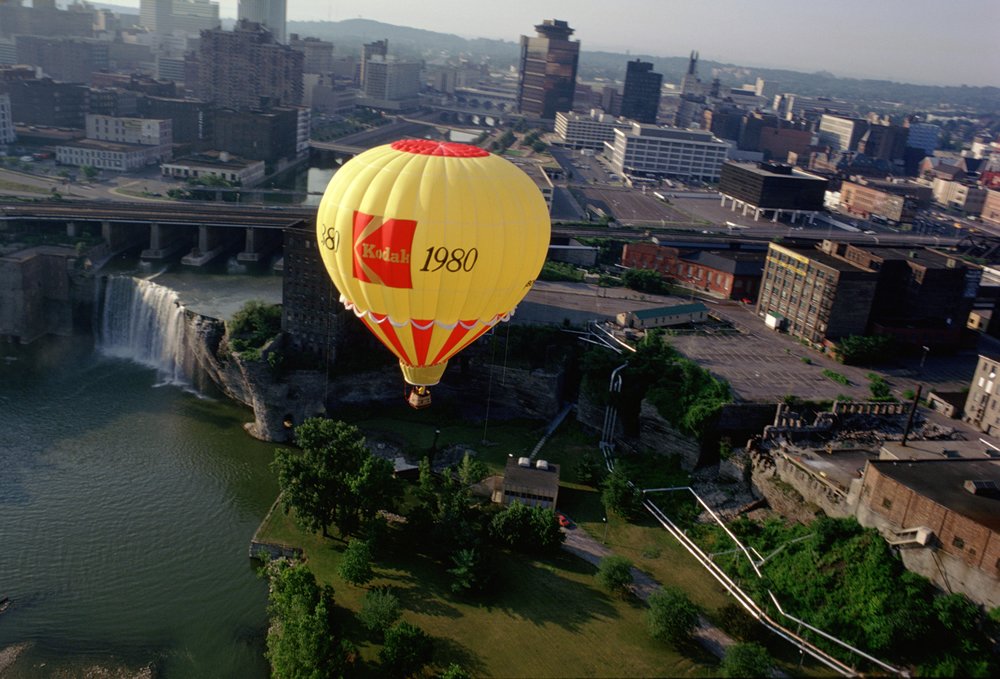 Due to huge financial losses as a direct result of the rise of digital photography, in 2009 Kodak stopped selling 35mm colour film after 74 years of production. It has since revived it’s production of 35mm film, but only after selling many of its assets to third parties.

Yet despite its fall from grace, we have Kodak to thank for enabling even the most amateur of shooters to become great photographers, and likewise for some of the most beautiful images of the 20th century.