One of the most influential photographers of our time and a master of the ‘unposed’ image, Martin Parr is renowned for iconic color-rich images that capture the idiosyncrasies of society with exceptional wit and candor.

When discussing street photography, there are a handful of practitioners, both past and present, whose names immediately stand out. Such is the case for Martin Parr, the acclaimed British photographer whose impact on the genre in recent decades has been truly remarkable. 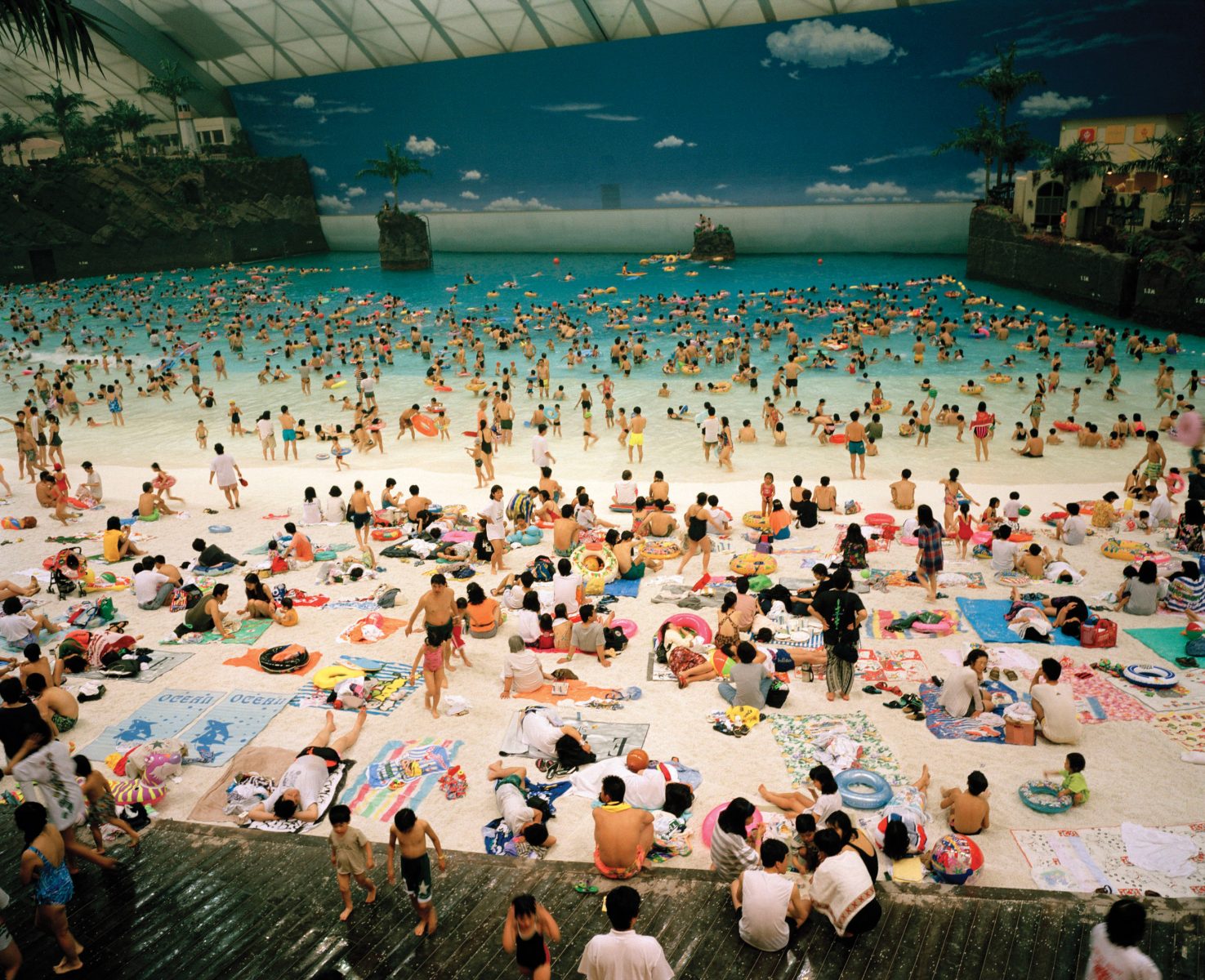 Born in 1952 in Epsom, Surrey, a suburban commuter town on the fringes of SouthWest London, Parr became interested in the medium at an early age, encouraged by his grandfather George, himself a keen amateur photographer and a fellow of the Royal Photographic Society. 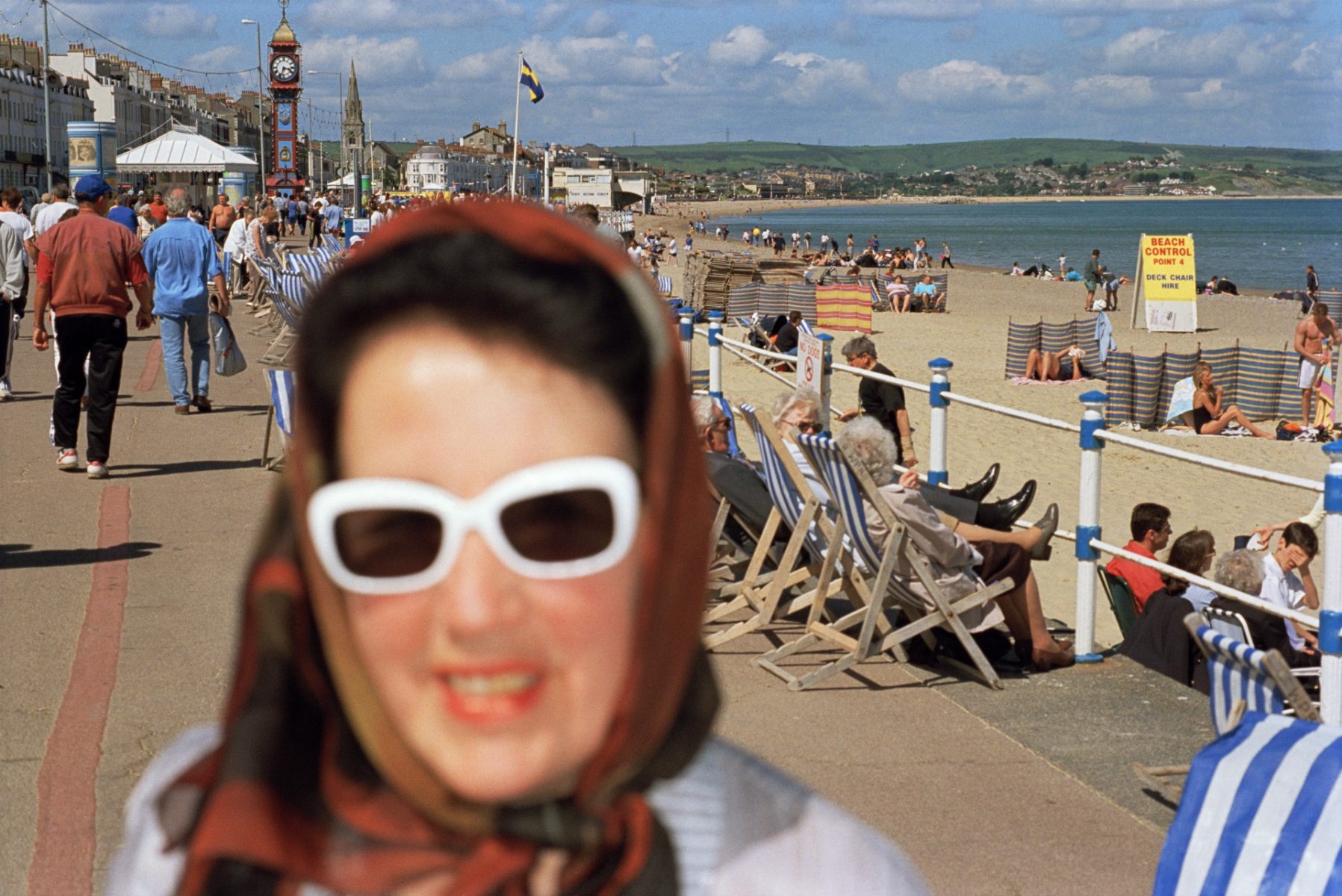 He studied photography at Manchester Polytechnic in 1970, and during his summer breaks found work as a roving photographer at a branch of Butlins, (a chain of family-focused coastal holiday parks) in the North Yorkshire seaside town of Filey.

Although the images he captured during this time were black and white, as opposed to the kaleidoscopic ones for which he is known today, the subject matter (leisure) and their candid and reflexive style, would underpin his practice from thereon in. 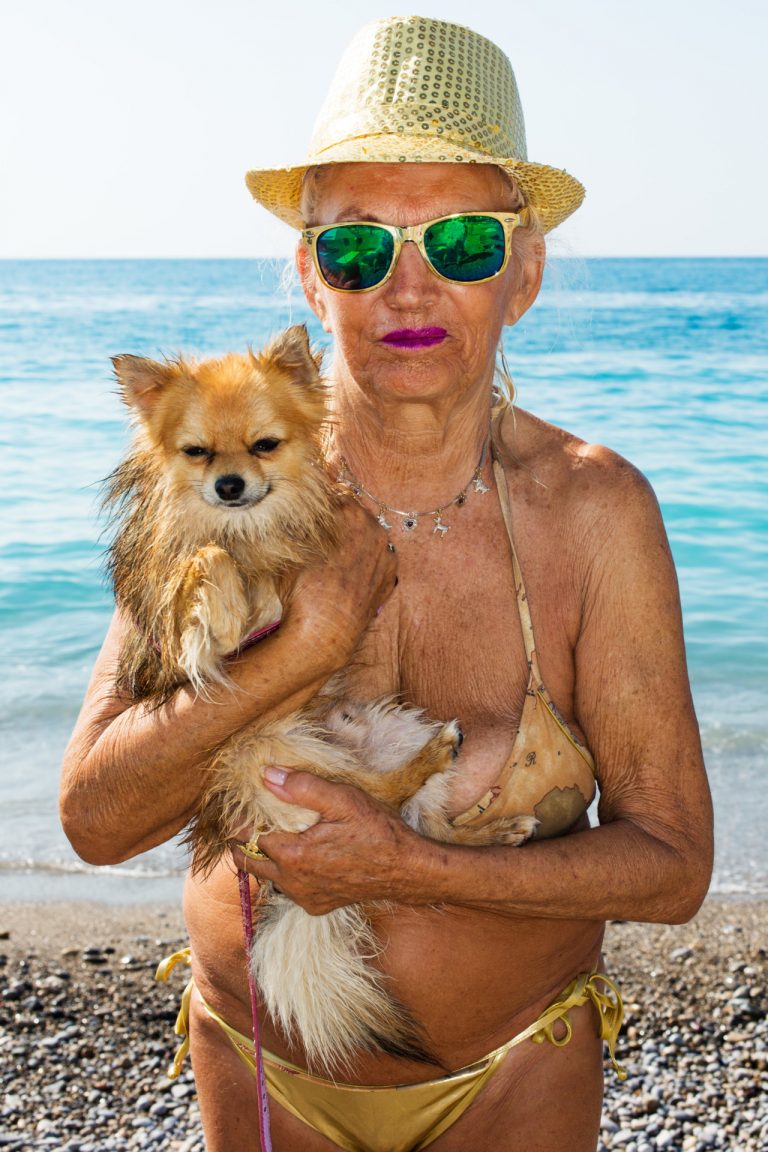 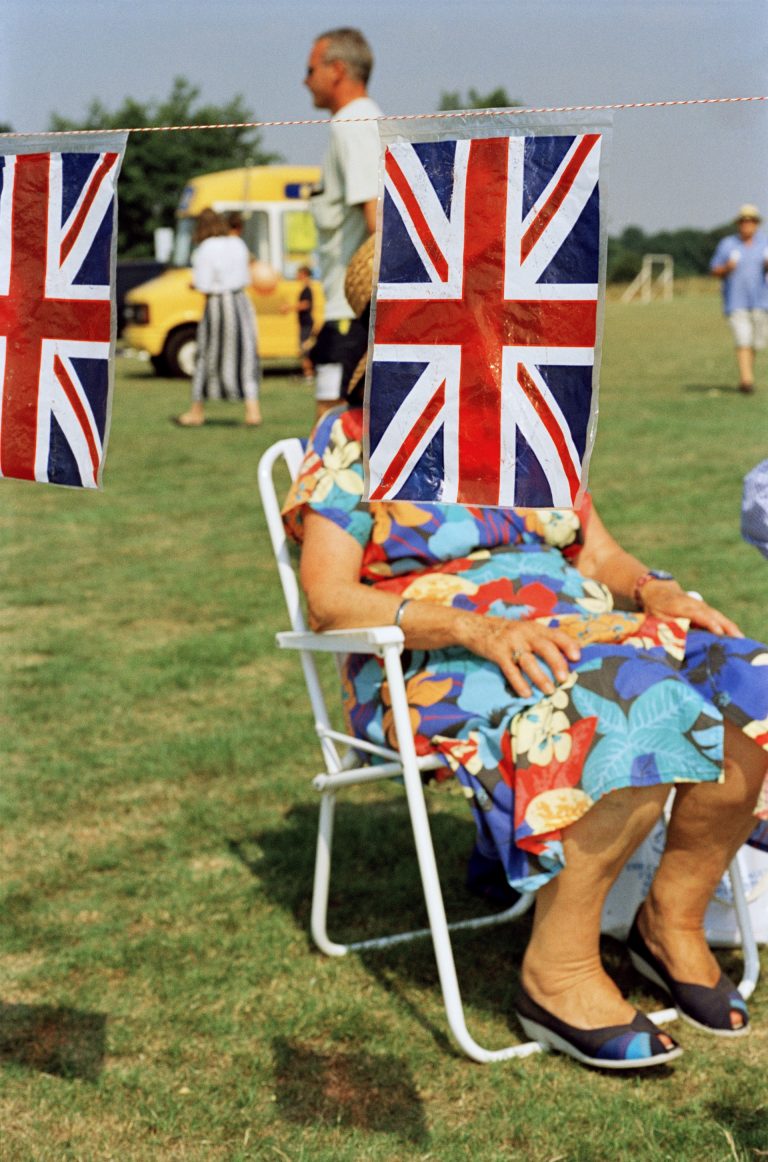 He first began experimenting with color a short time later, though continued to work predominantly in monochrome until the early 1980s, (a time when color photography was yet to reach widespread acceptance) when, emboldened, in part, by a small group of innovative contemporaries across the Atlantic, he turned to the format more profusely.

MP: “I’d seen the colorists from the USA, such as William Eggleston and Stephen Shore, and was inspired by them. Then just to further excite me, I discovered the postcards of John Hinde and was sold on the idea of trying out color.” 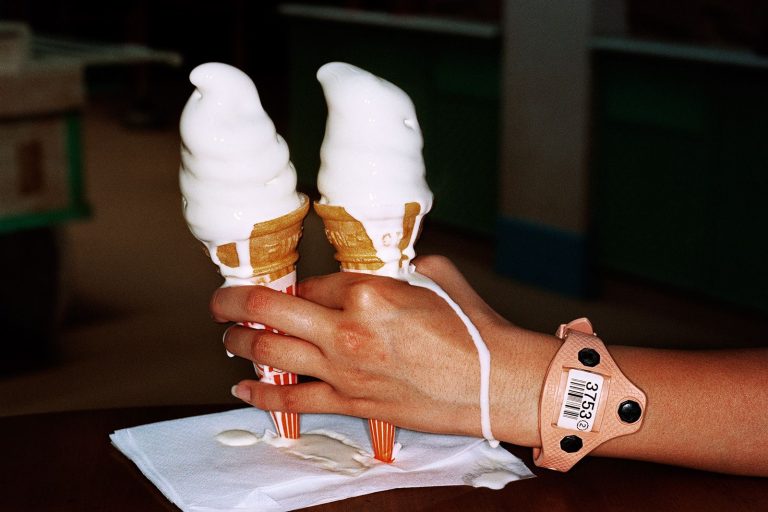 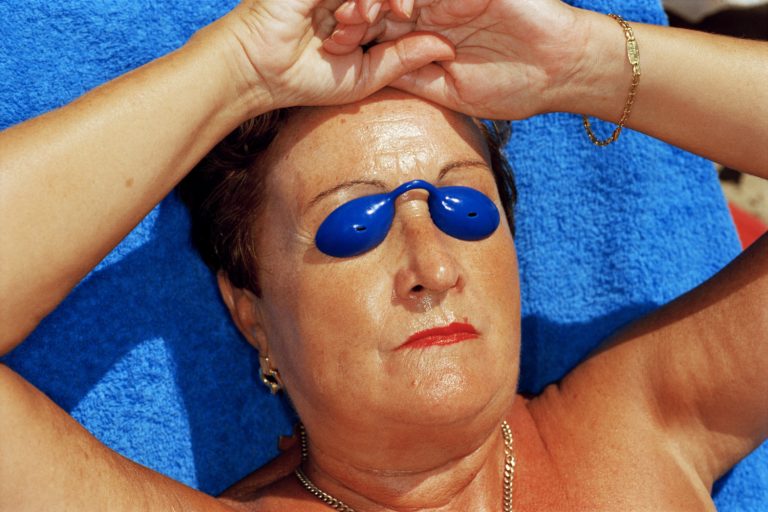 ‘Last Resort’ captured between 1983-85, in the seaside town of New Brighton (near where he was living at the time) is the most notable example of his early color output, and to this day, remains perhaps his most iconic body of work.

An arresting portrayal of working-class life in 1980s Britain, the images perfectly capture the zeitgeist of the time and display the veracity, humor, and rich chromaticity that would become his trademarks thenceforth. 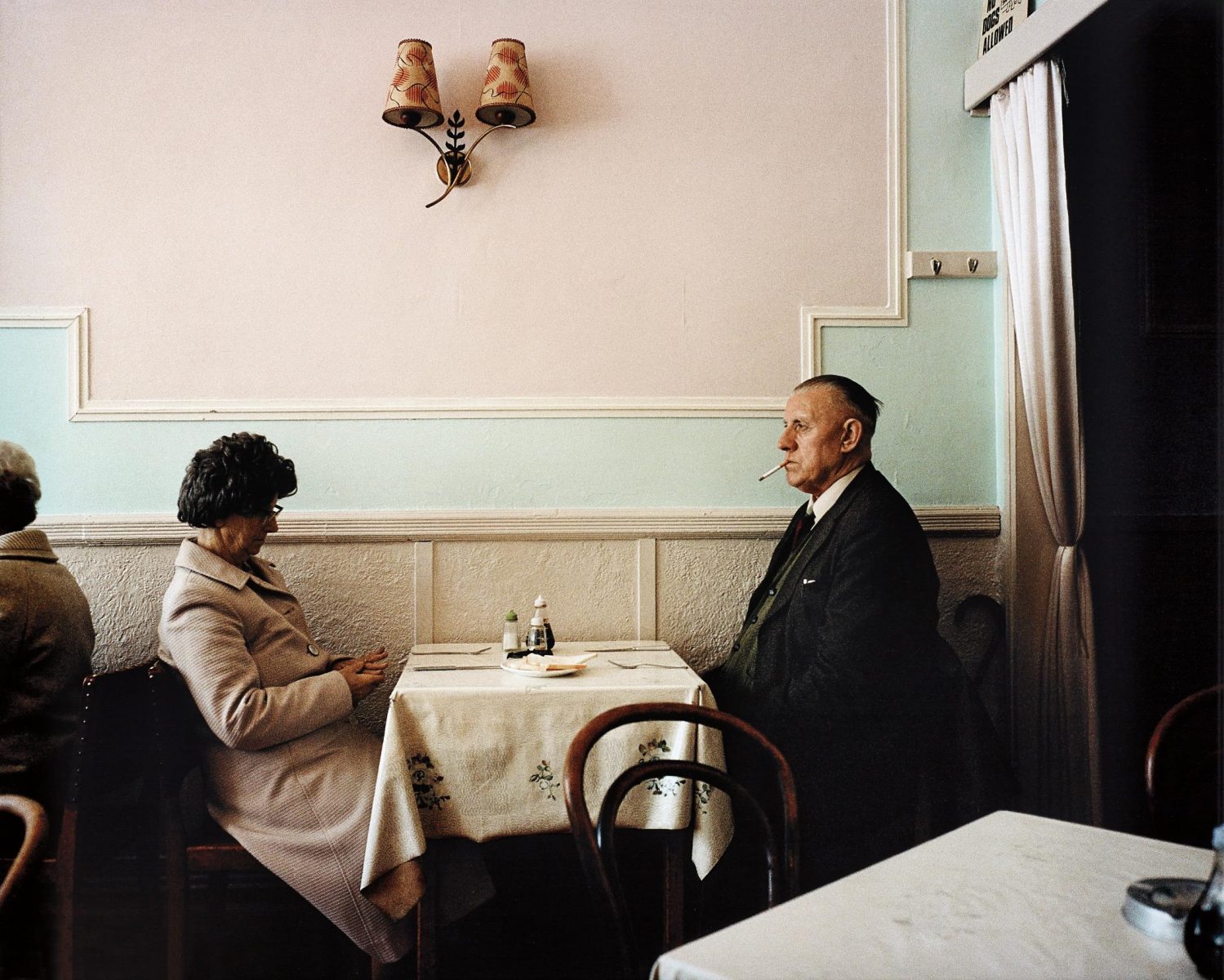 From satirical, and irony-imbued portrayals of global tourism to brightly-clad punters at the Kentucky Derby or England’s largest St George’s day parade, Parr’s work invariably focuses on the quotidian, conveying the eccentricities and oddities of daily life in striking, saturated hues (achieved in part through his innovative use of daylight flash) that shock, delight, and inspire in equal measure.

MP: “Everything can be extraordinary, but we get complacent, so I try and take that away, and everything is interesting. 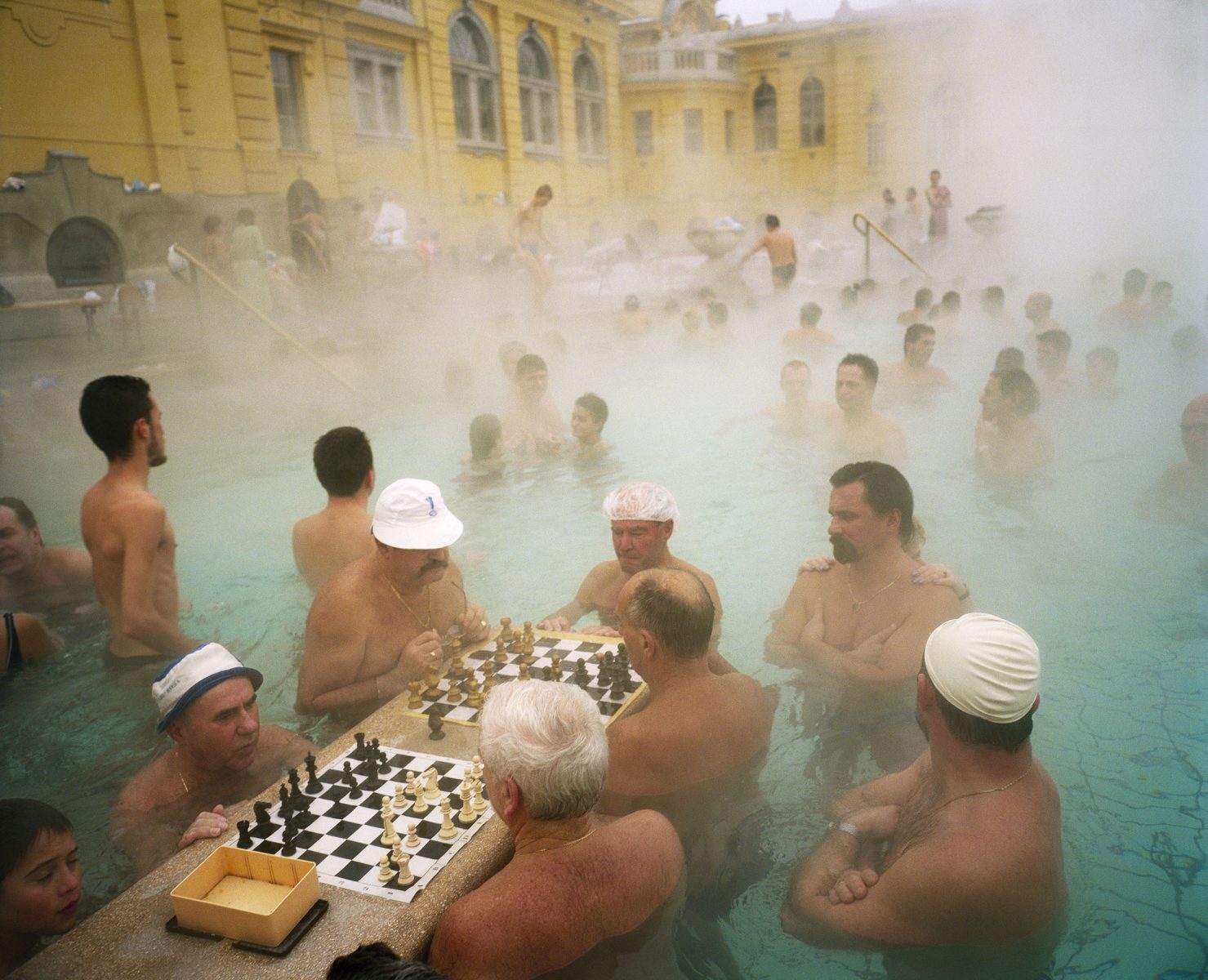 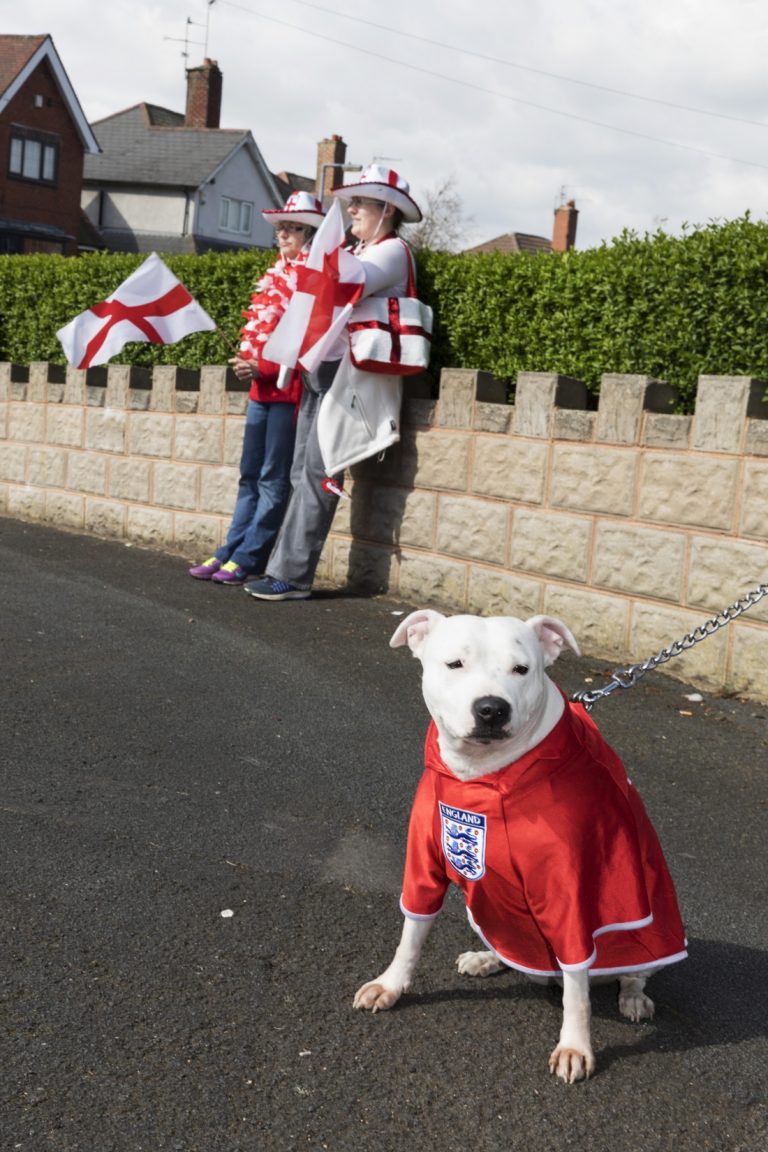 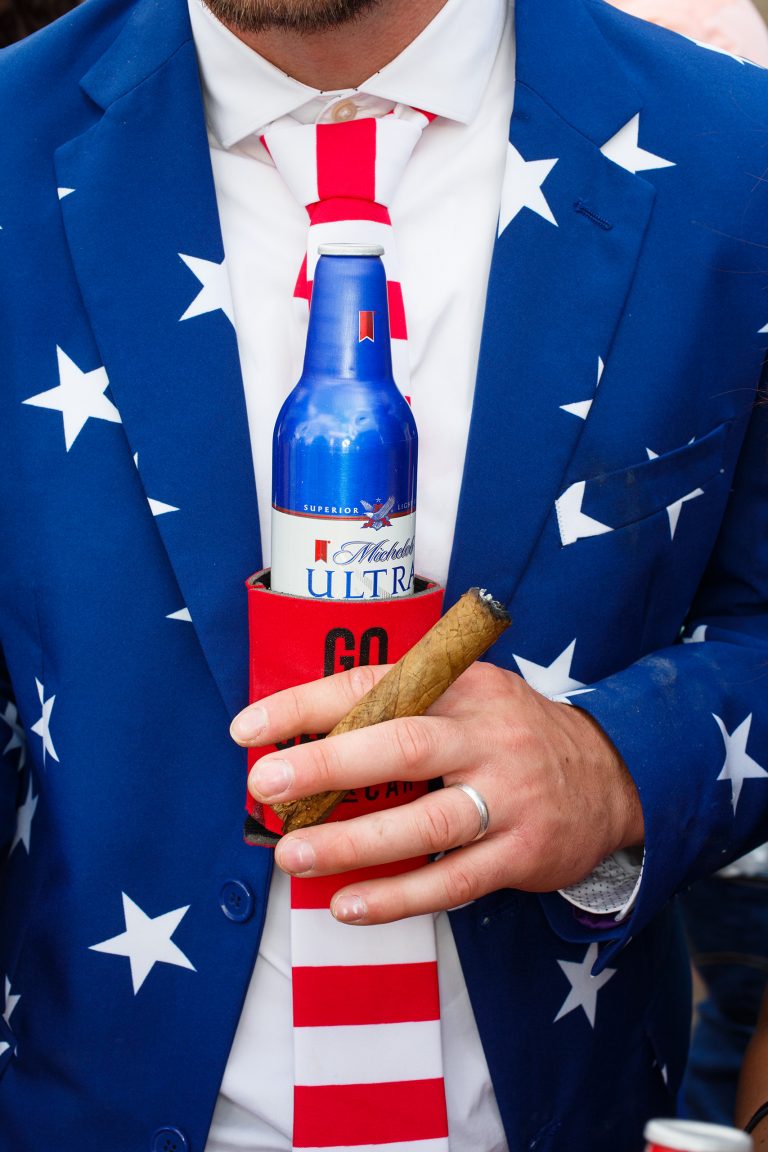 Over the years his work has garnered widespread acclaim and has been exhibited extensively across the globe.

He became a full member of the prestigious Magnum agency, (for whom he later served as president), in 1994, and received the Sony World Photography Award for Outstanding Contribution to Photography in 2017. Later the same year, he opened the Martin Parr Foundation in the English city of Bristol, where he lives today, with the aim of supporting photographers (emerging, established, and overlooked) who have created work focusing on the British Isles. 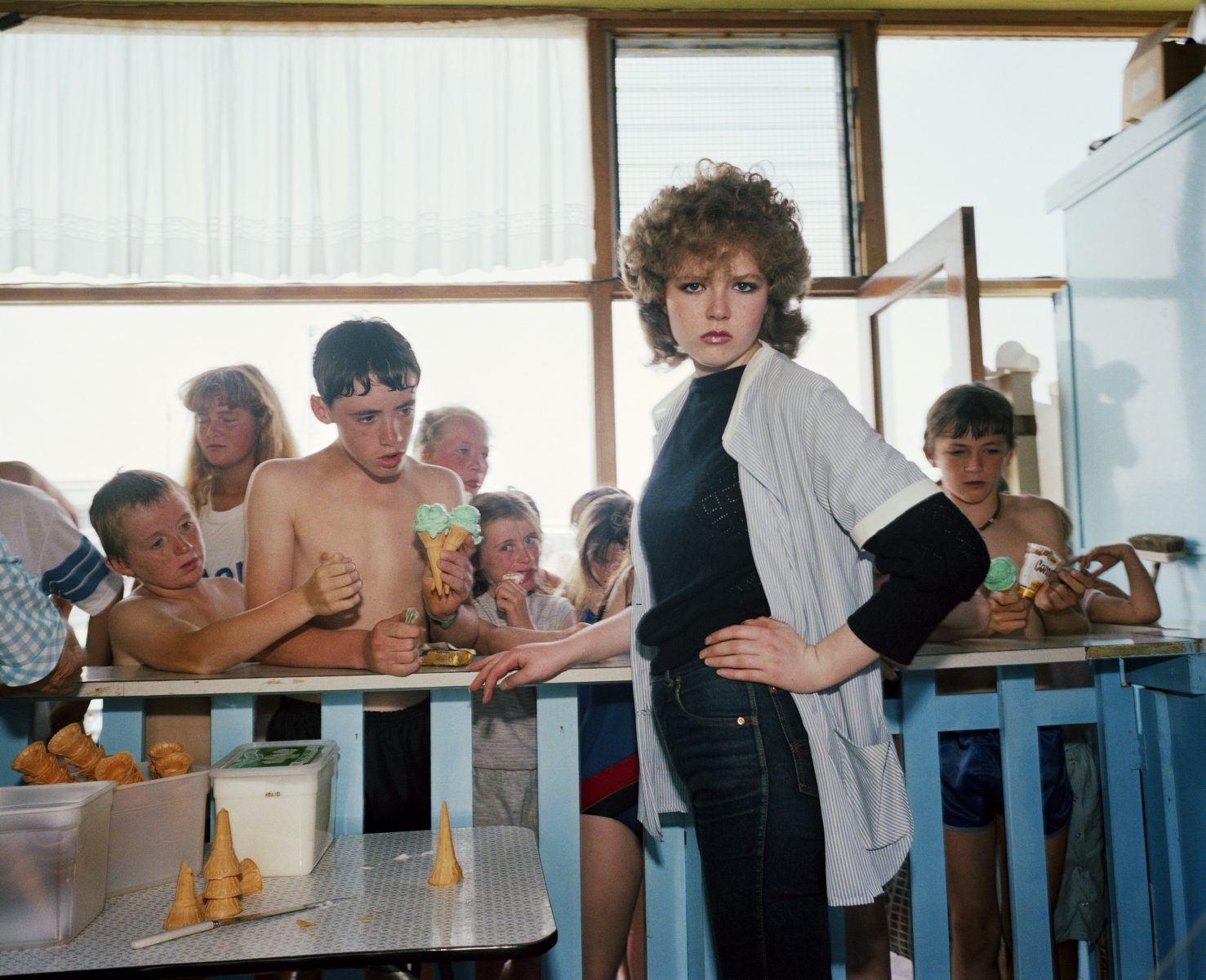 Today, his work is held in the permanent collections of galleries throughout the world, and he is widely recognized as one of the medium’s most important figures, whilst he continues to photograph, both in a commercial and personal capacity, displaying the same uncompromising honesty and intuition as forty years ago.

MP: “When I look back over this time, I think my approach is quite consistent. Sometimes when I see very old interviews with me, I end up nodding away!”