Now widely recognized as one of the most important practitioners of the post-war period, Saul Leiter was an American artist and an early pioneer of color photography.

Born in Pittsburgh in 1923, the son of a renowned orthodox Rabbi, Leiter developed a keen interest in art during his late teens, but found his creativity stifled by his pious parents who enrolled him in theology school insistent on him following in his father’s footsteps. 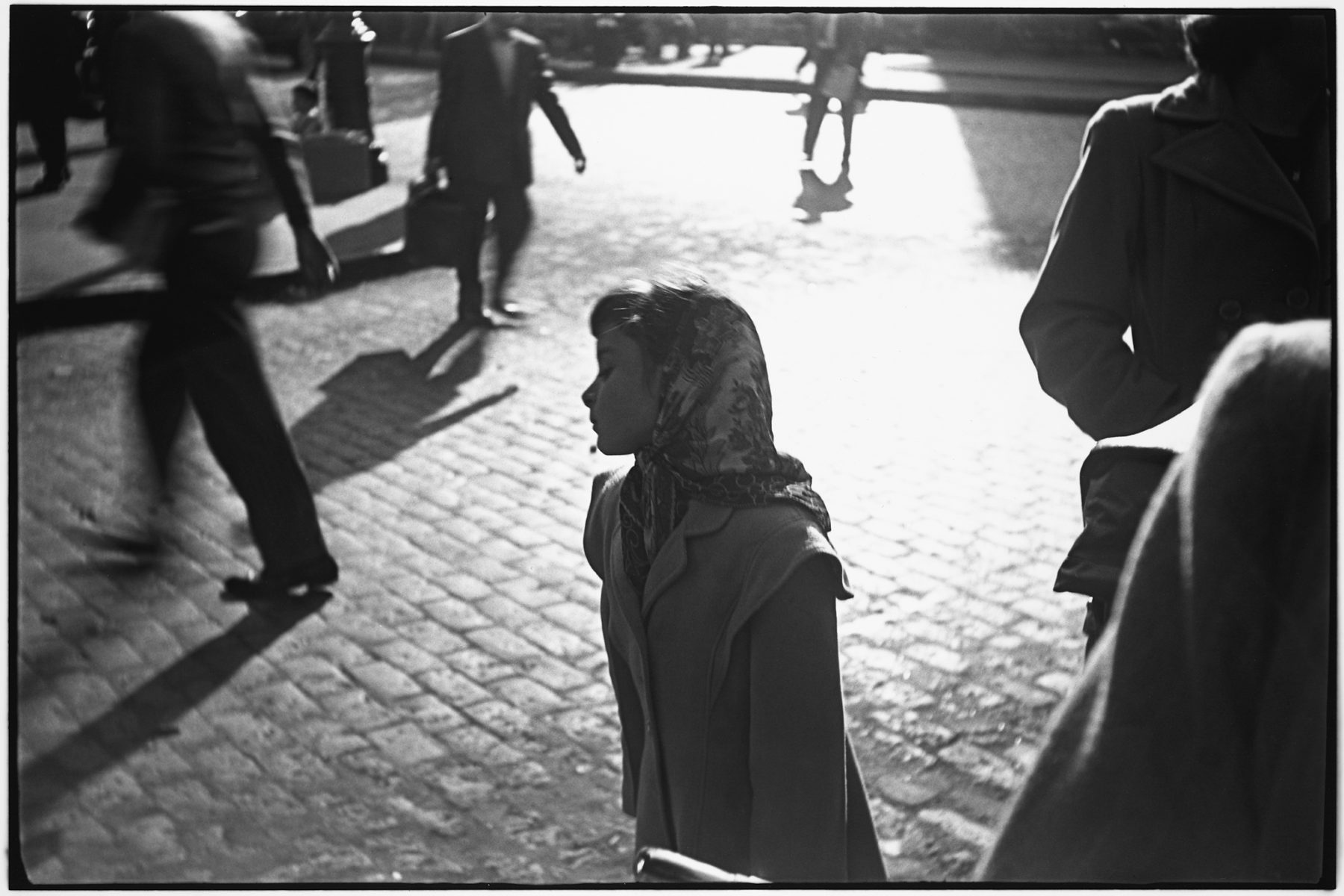 However, in 1946, Leiter, who was by then in his early twenties, dropped out and moved to New York City in order to explore his interest in painting. It was here that he met Richard Pousette-Dart, the abstract expressionist painter who had recently begun exploring photography.

Pousette-Dart introduced him to W. Eugene Smith, the photojournalist who became an important figure in Leiter’s life, encouraging him to pursue photography as a medium, alongside his painting. Smith would later introduce him to other influential street photographers, including Robert Frank, William Klein, and Diane Arbus, members of the movement sometimes referred to as The New York School of Photography. 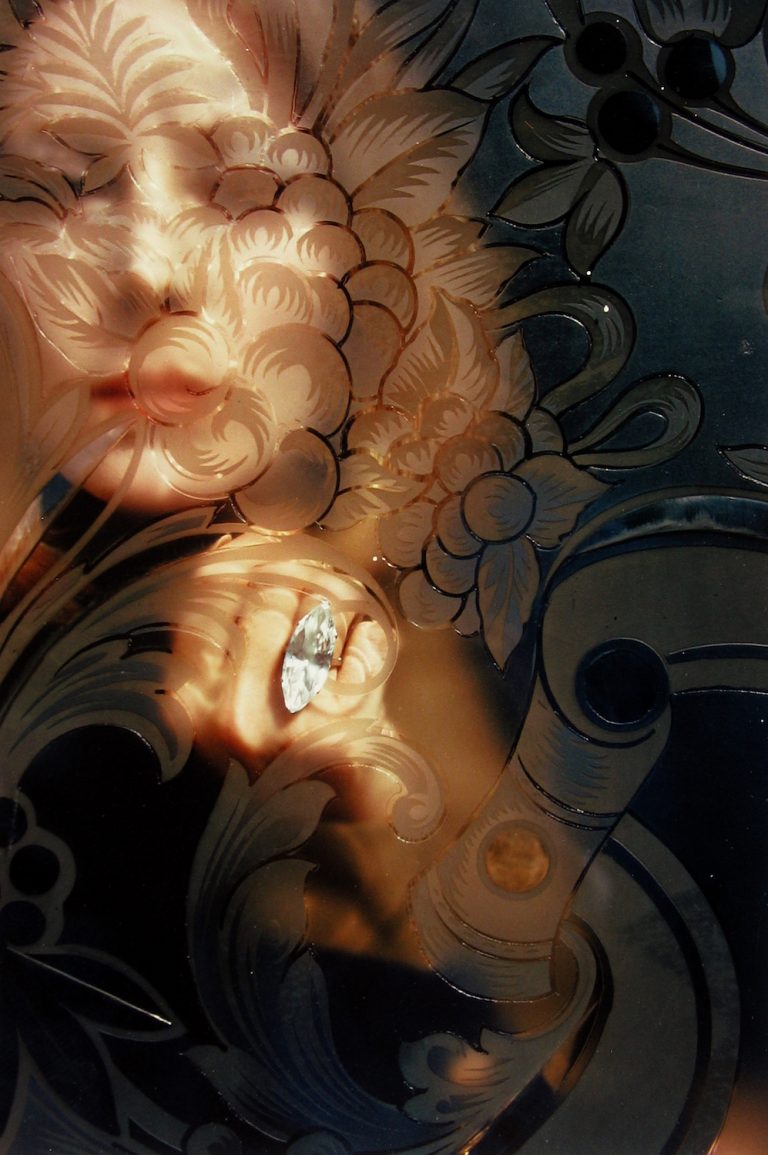 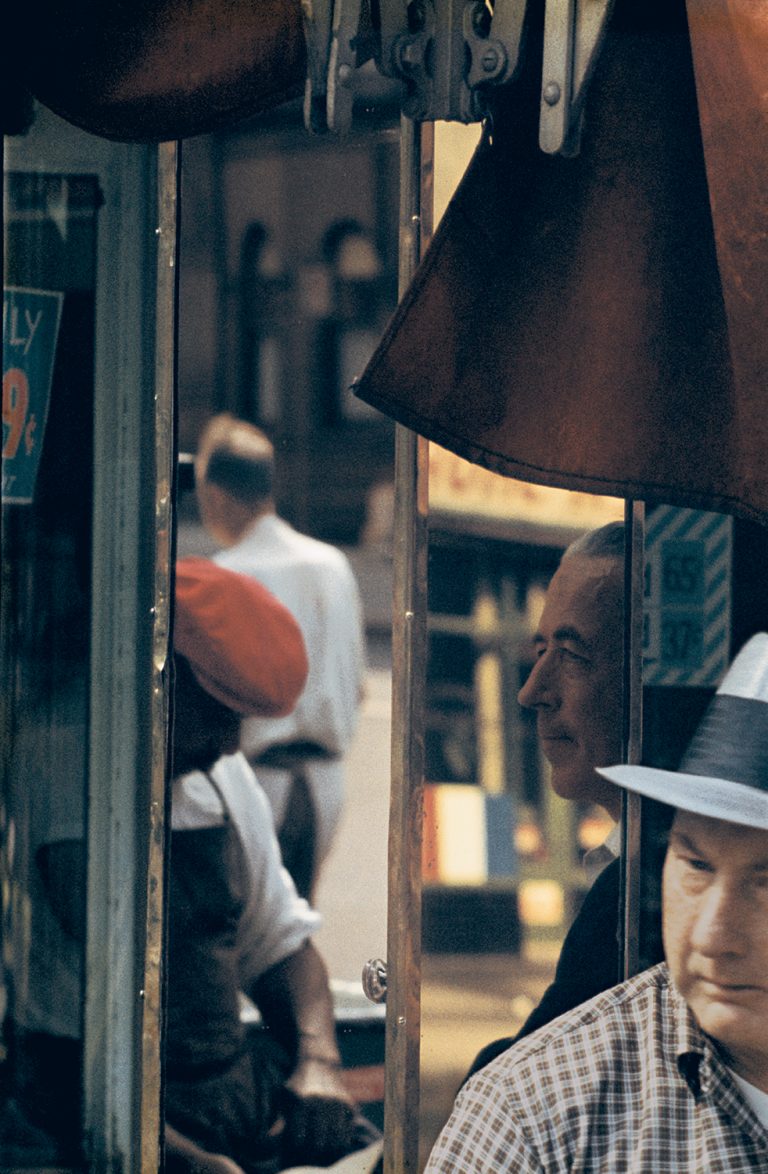 Largely self-taught, Leiter initially worked predominantly in monochrome, shooting both street photography and portraits, but was an early adopter of color. The streets surrounding his Manhattan home were, almost exclusively, the subject of his personal work.

It is for these images that he is best known, and where his interest in painting and the abstract is perhaps most evident; he frequently shot through windows, their surfaces filtered by rain, steam, or faint reflections. He utilized shadows, unusual angles, and frequently, a telephoto lens, to achieve compression, a contrast to the wide-angle style usually preferred by street photographers. 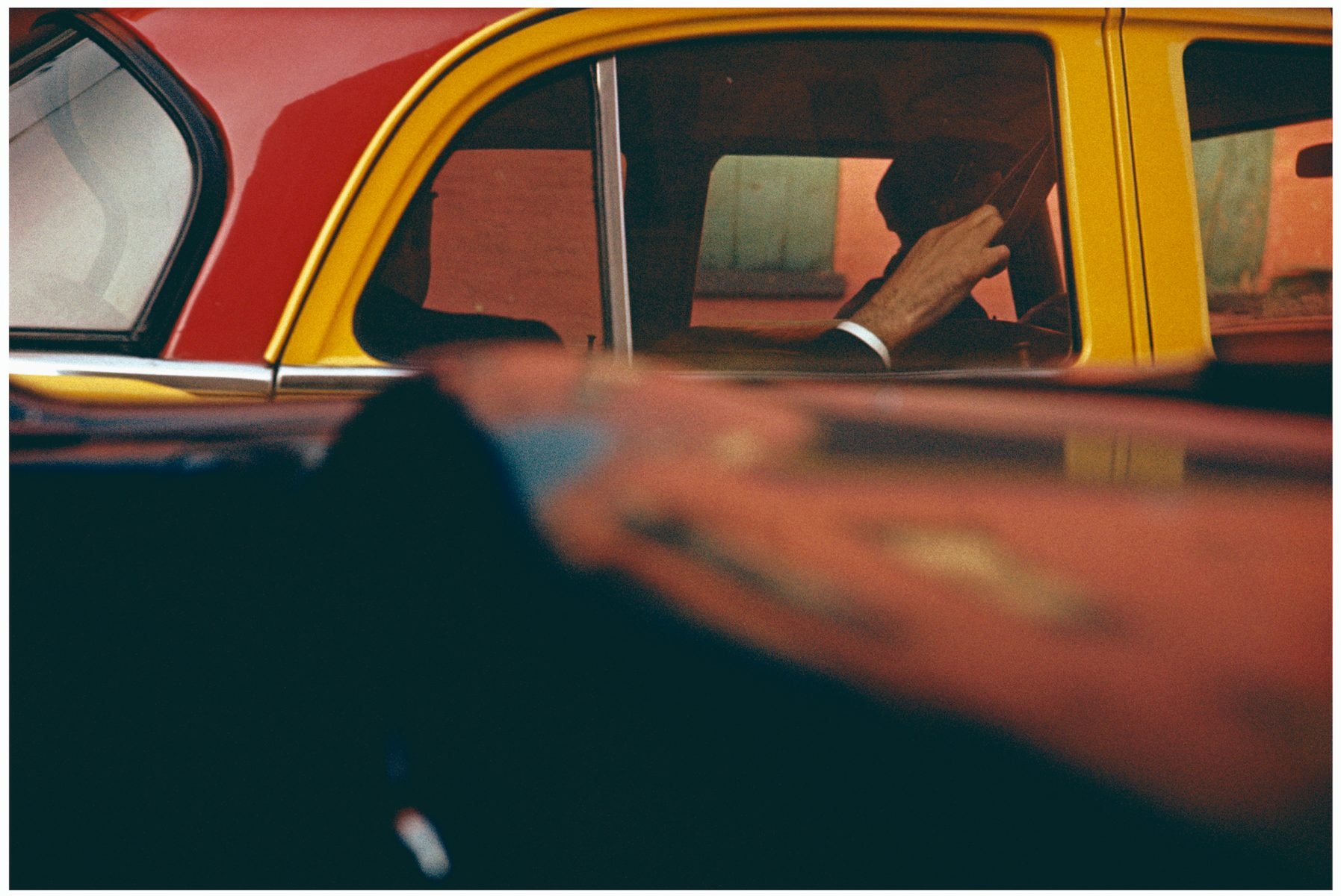 Human subjects are rarely the focal point; in fact, their faces are invariably obscured, whilst his frequent use of expired Kodachrome film gives splashes of color – provided by neon advertisements, umbrellas, or yellow taxis – a muted, almost pastel-like tone, at times making the images appear more akin to a painting than a photograph. 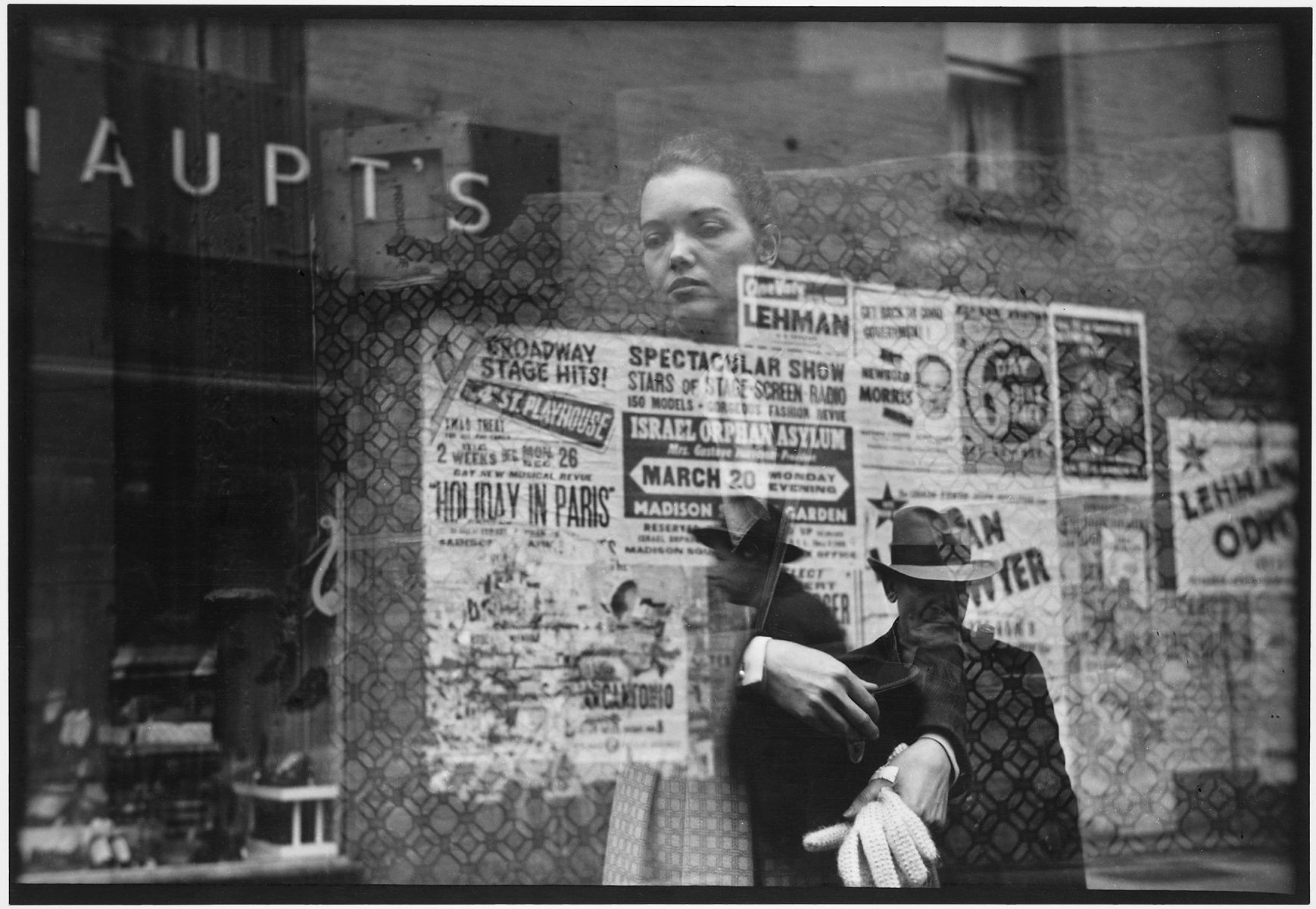 His style was unique, rejecting the gritty realism of his contemporaries and instead dedicating himself to finding beauty within the ordinary; moments of humanity and serenity amongst the claustrophobic Manhattan streets. His images evoke a sense of calm and of positivity, feelings rarely associated with photographs of New York City.

“I’ve never been overwhelmed with a desire to become famous. It’s not that I didn’t want to have my work appreciated, but for some reason – maybe it’s because my father disapproved of almost everything I did – in some secret place in my being was a desire to avoid success.” –Saul Leiter, Time.com, 2013 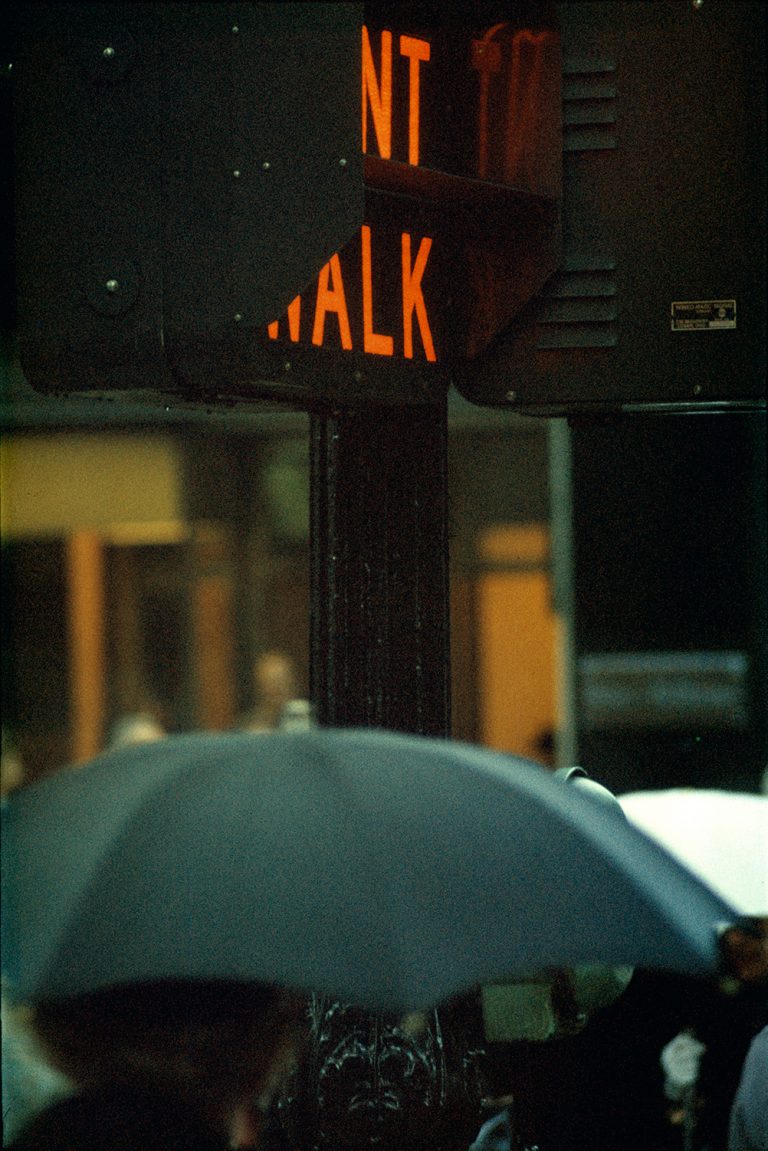 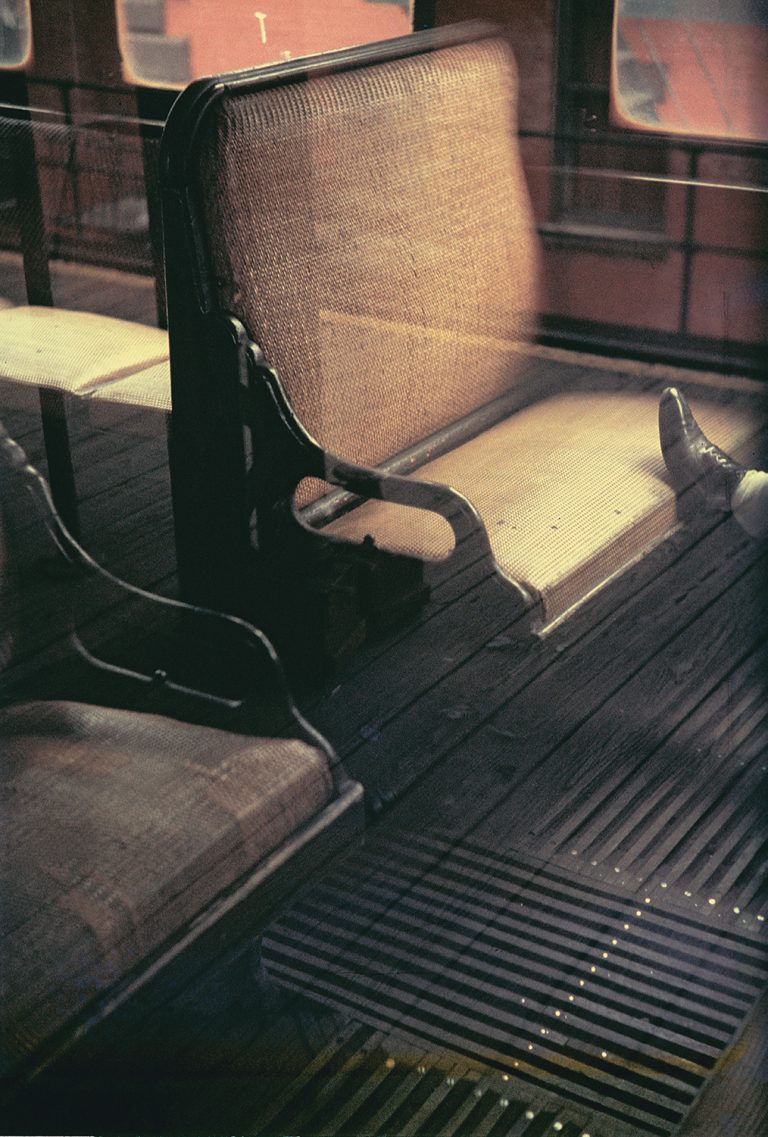 Leiter spent much of his professional life as a fashion photographer, working for a host of renowned publications such as Elle and Harper’s Bazaar, but was, until fairly recently, relatively unknown to the wider art world. This relative anonymity seemed to suit him, a naturally self effacing-character, who viewed fame as an unwelcome distraction.

In 2006 Leiter, then 82 years old, assisted by Art Historian Martin Harrison and The Howard Greenberg Gallery, released ‘Early Color’, a collection of personal color photography from his vast archive. A major success, it led to Leiter’s first major retrospective and countless exhibitions worldwide, including his first European exhibition at The Fondation Henri Cartier-Bresson in Paris, in 2008. In 2013, British filmmaker Tomas Leach directed the documentary ‘In No Great Hurry’, an intimate portrait of Leiter that received widespread acclaim. 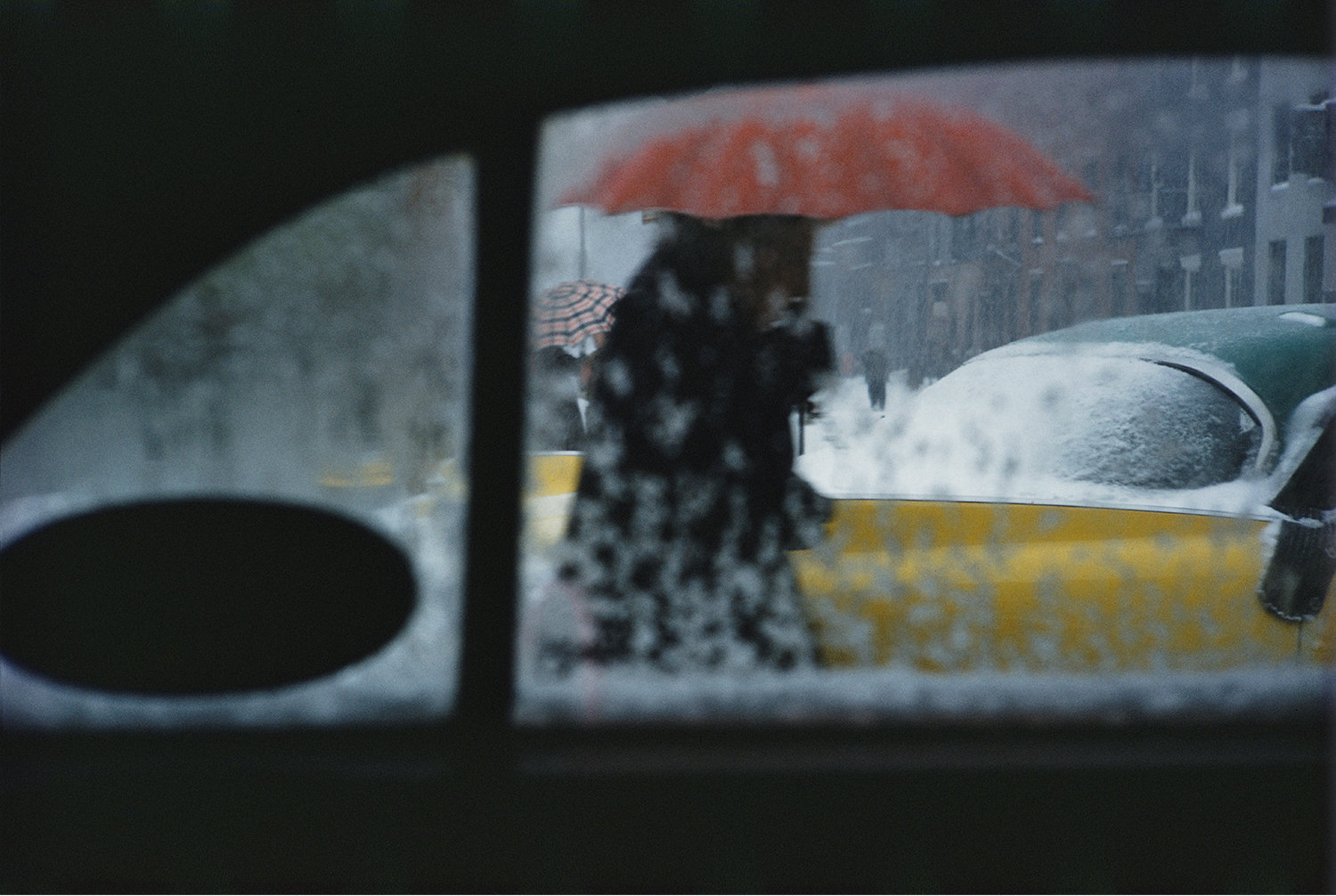 Leiter continued to take photographs almost up until his death in late 2013, aged eighty-nine. His works are held in the collections of numerous prestigious museums and galleries across the world and, to this day, continue to inspire and delight those who view them.

“I may be old-fashioned. But I believe there is such a thing as a search for beauty – a delight in the nice things in the world. And I don’t think one should have to apologize for it.”  –Saul Leiter, In No Great Hurry, 2013