F.W. Hasselblad & Co. was a prosperous commerce house from Gothenburg, Sweden who saw a gap in the market in the burgeoning field of photography in the late 19th century. It was not until Arvid Viktor Hasselblad, the son of the founder and amateur photography enthusiast, encouraged his father to establish a photographic division that Hasselblad realised they were in the wrong business… 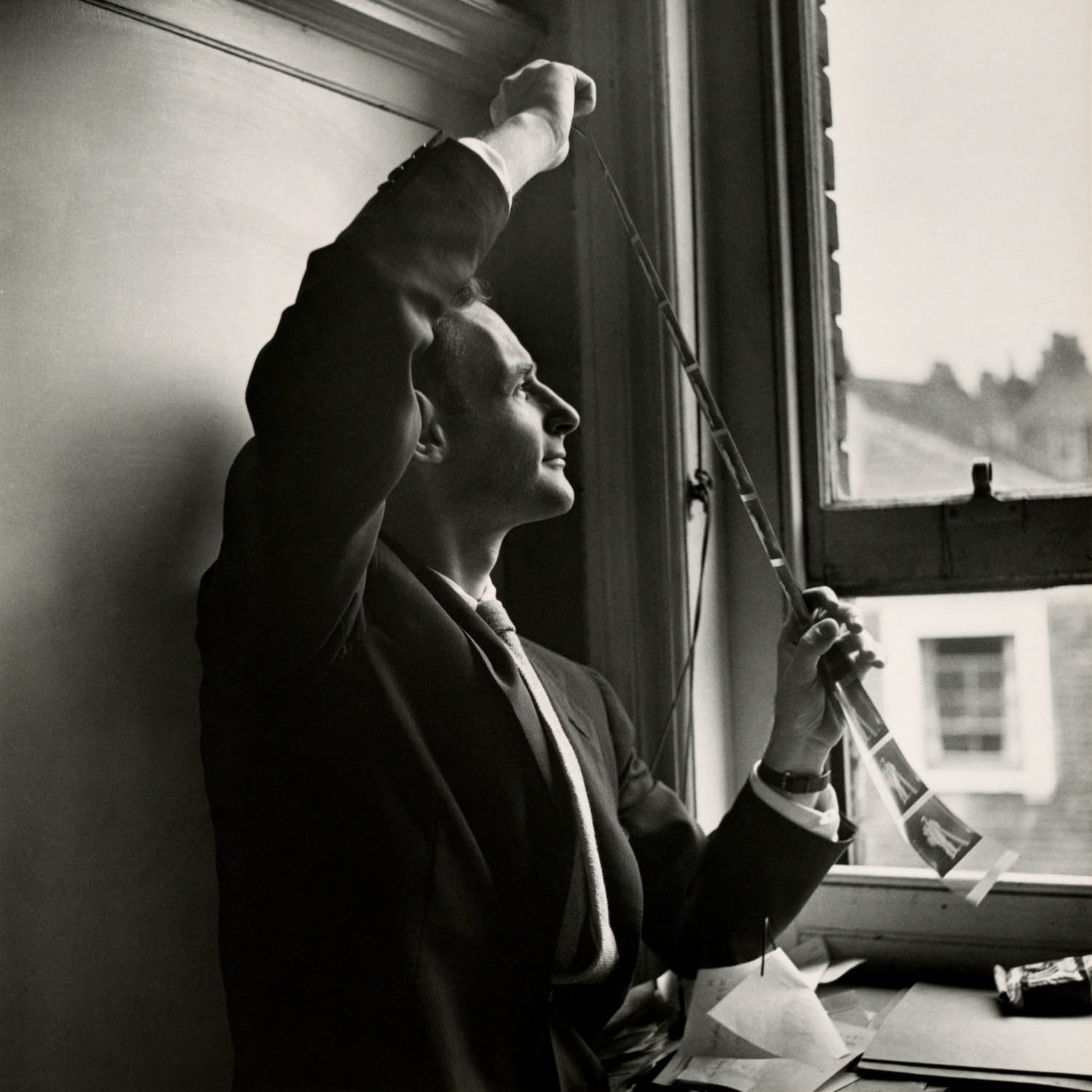 Primarily an import-export firm, Arvid Viktor Hasselblad convinced his father to open up a photographic faction of his successful company on the grounds that they could document their products and work as they came in and out.

Famously saying “I certainly don’t think that we will earn much money on this, but at least it will allow us to take pictures for free” they were both quickly proven wrong as the photography department quickly became a major part of F.W. Hasselblad & Co. and eventually took the lead. 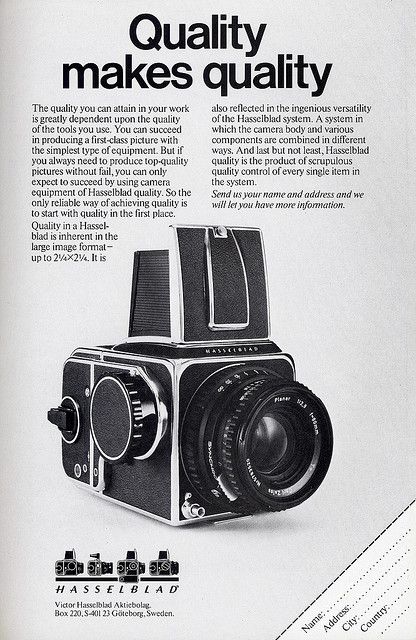 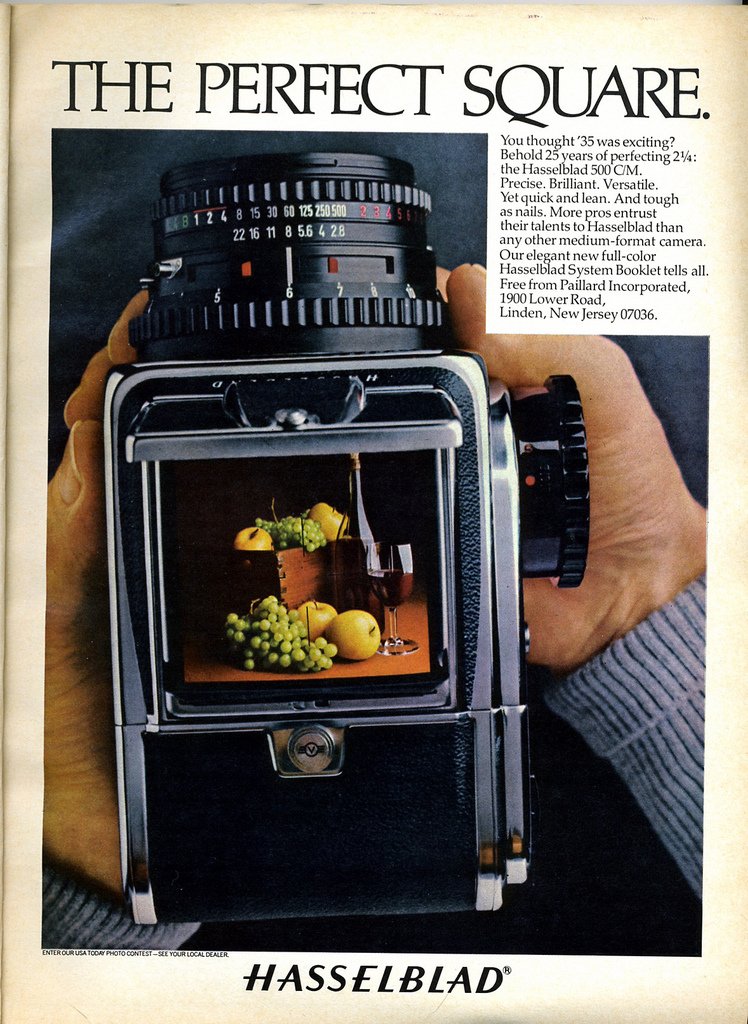 Whilst on a short visit to England, Arvid Viktor met George Eastman who was in the process of setting up the Kodak Company, making photography accessible to the average consumer. Shaking hands, the two men formed a partnership that would last 80 years. Starting in 1888, Hasselblad began importing Eastman’s products.

As the popularity of photography grew, so did demand for the two manufacturers, strengthening their bond. The photographic division of Hasselblad grew so quickly that in 1908 they separated from the original business to become their own firm, Hasselblad’s Fotografiska AB.

Soon, Hasselblad began working on developing labs and retail outlets to sell Kodak Eastman’s products. Victor Hasselblad, the grandson of the company’s founder who was born to be the heir of the company, grew up with a passion for photography and a determination to improve upon existing equipment, recording suggestions for camera improvements meticulously in notebooks. His father, noticing his enthusiasm, removed him from school at 18 and sent him to Dresden to learn about the camera industry and optics manufacturing.

After working as an apprentice in the camera industry in Europe, Hasselblad went on to work in camera and film factories in the USA, developing labs and camera shops along the way in a bid to provide insight and understanding to the world of photography.

The world quickly became his research and development lab. With access to the international community and some of the world’s leading business minds, Victor developed his relationship with George Eastman, one of the most important figures in the world of photography. 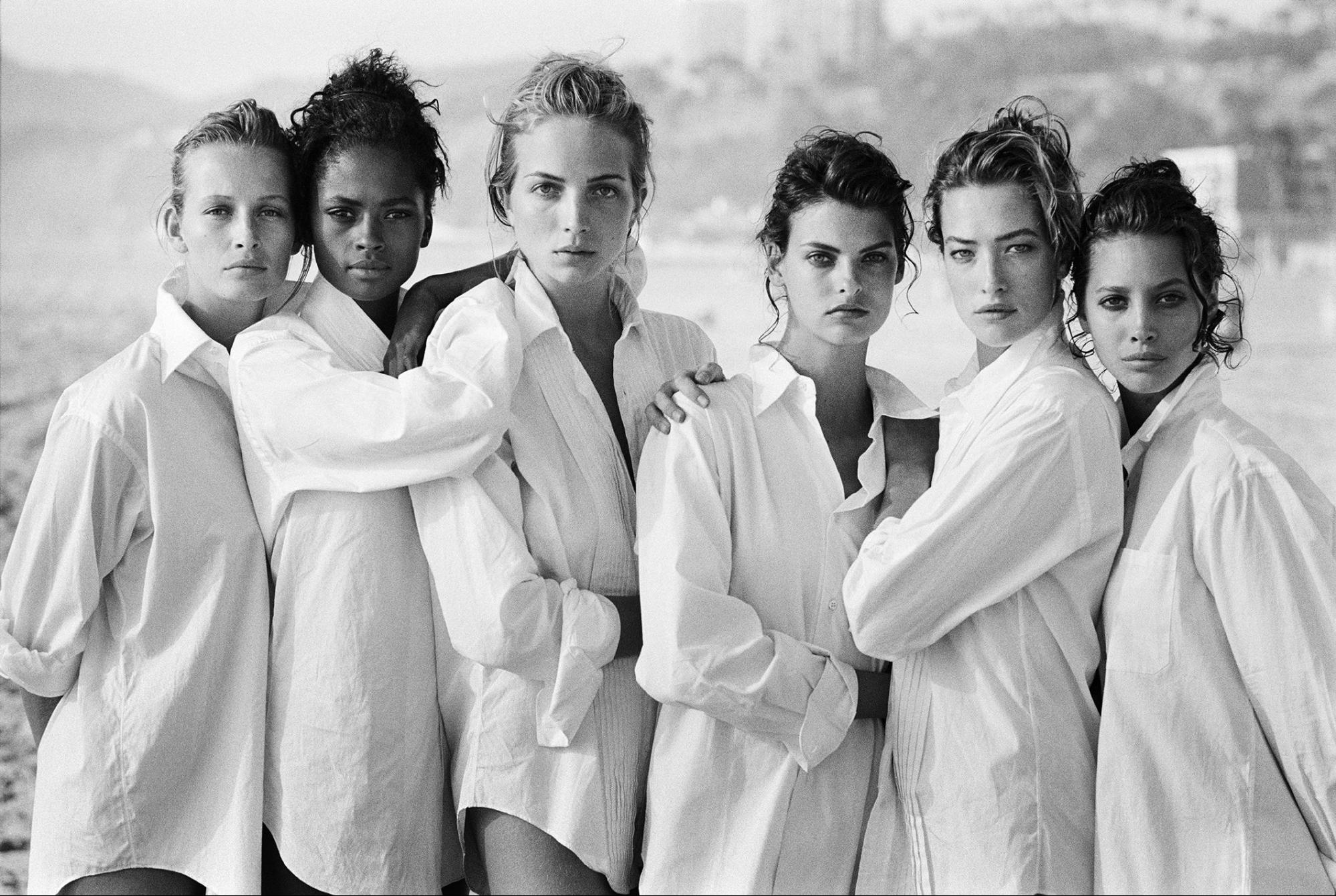 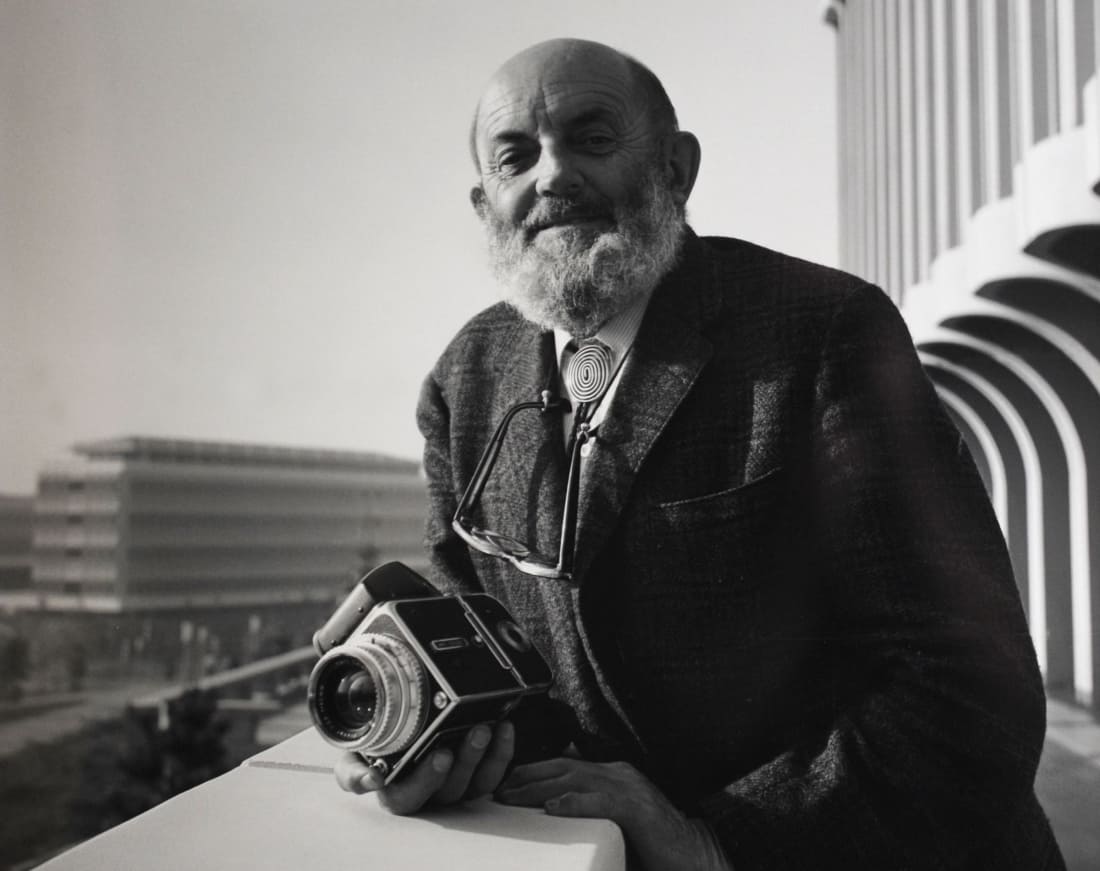 Eastman, taking a shine to Hasselblad Junior, took Victor as his protégé in his home of Rochester, New York. When Victor finally returned to Sweden to continue the family business, the Hasselblad company realised how fruitful the friendship between the two companies had been.

In 1939, the outbreak of the war prompted the total mobilisation of the Swedish military, who were, at that time, unprepared for war. The defiantly neutral nation set to equip itself whilst German troops were waiting on the Norwegian border. The Germans had developed an aerial surveillance camera which was a piece of equipment the Swedish government sorely needed. It is unknown how, but the Swedish military somehow captured this aerial camera, and aimed to replicate it. 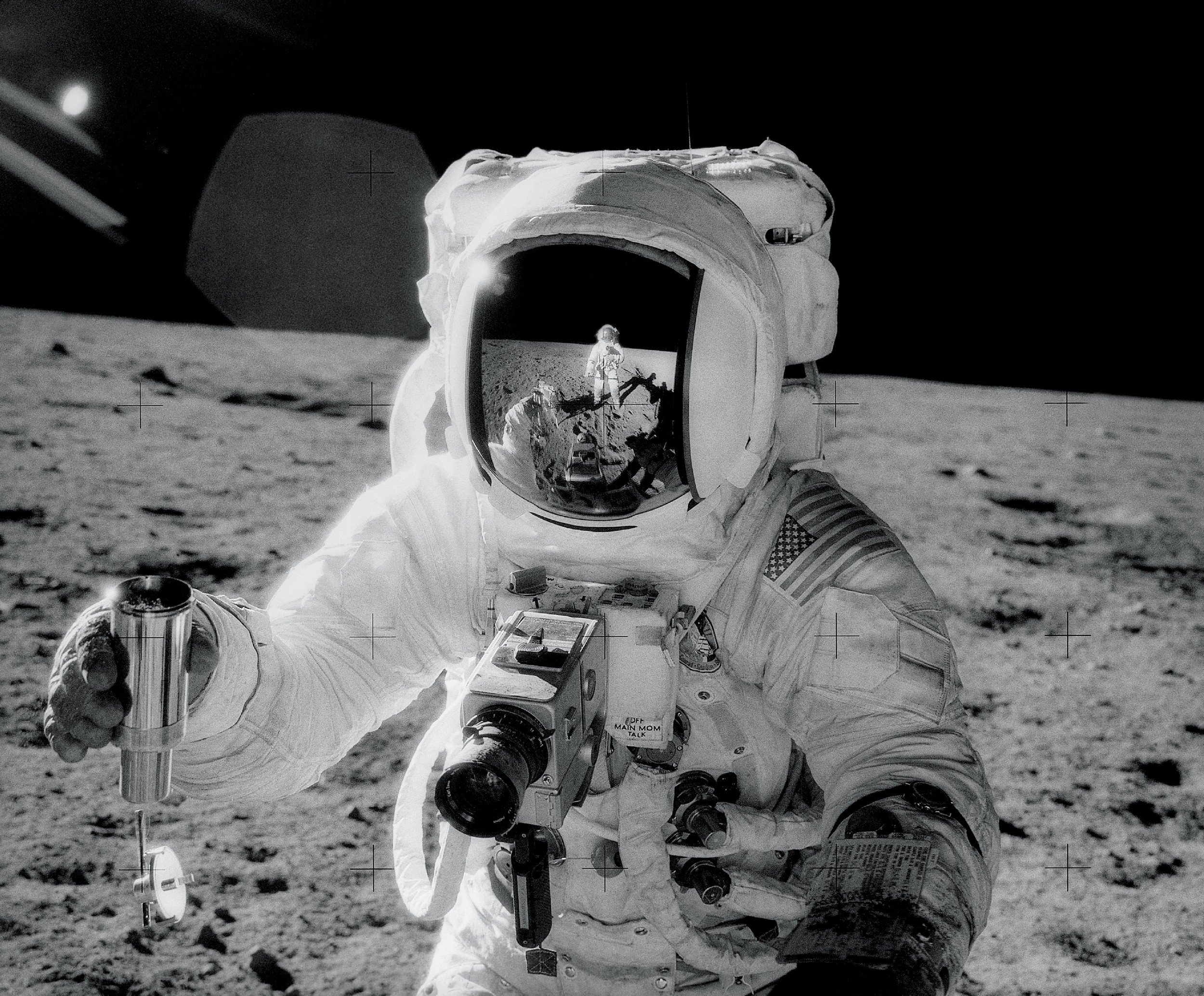 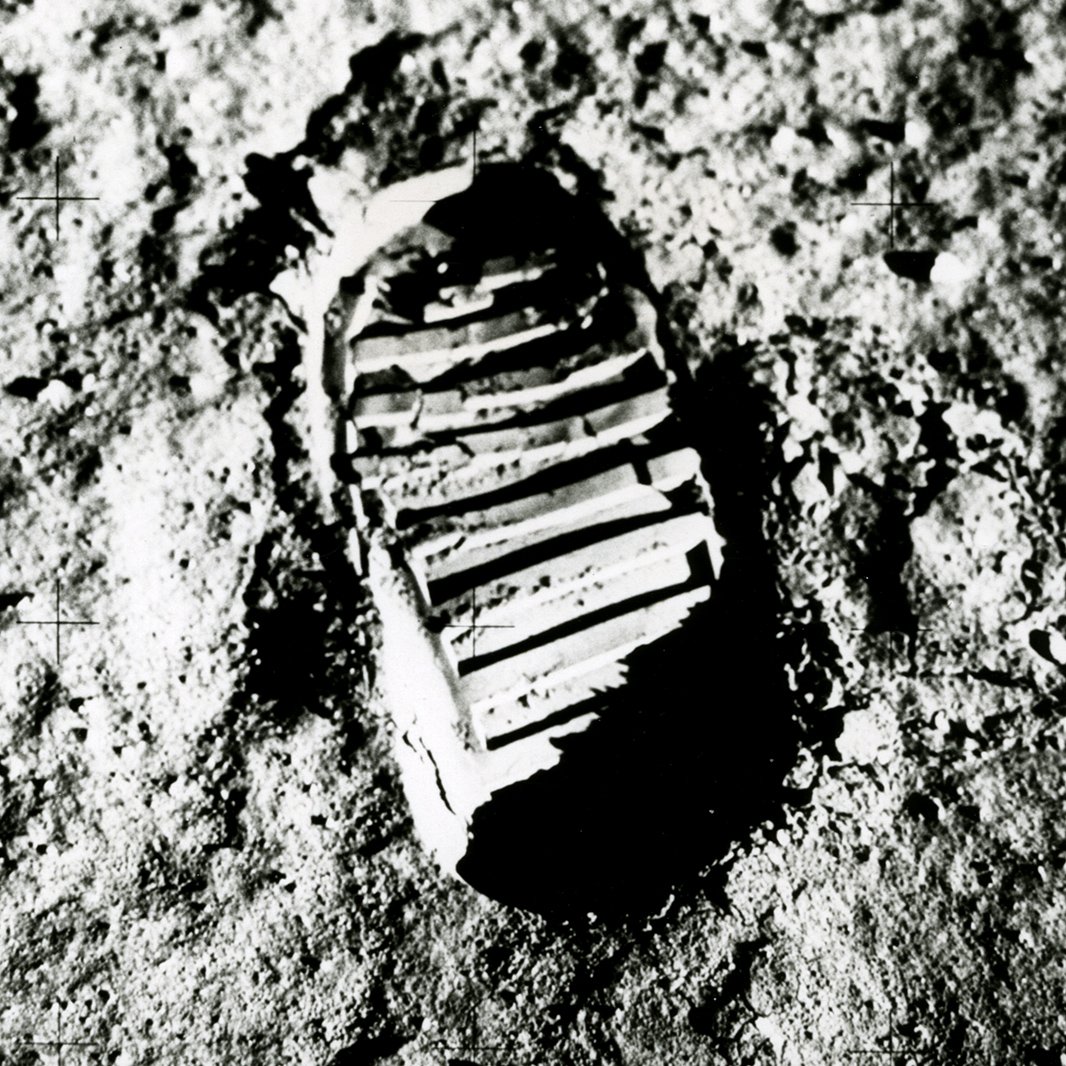 Victor Hasselblad, who had now developed a reputation for himself as a camera expert was the Swedish military’s first port of call. In 1940 the government approached him and asked him if he could produce a camera identical to the recovered German one.

Legend has it that Victor responded, “No, but I can make a better one”. That spring, Hasselblad established a camera workshop in a simple shed in Gothenburg. The rest is history. 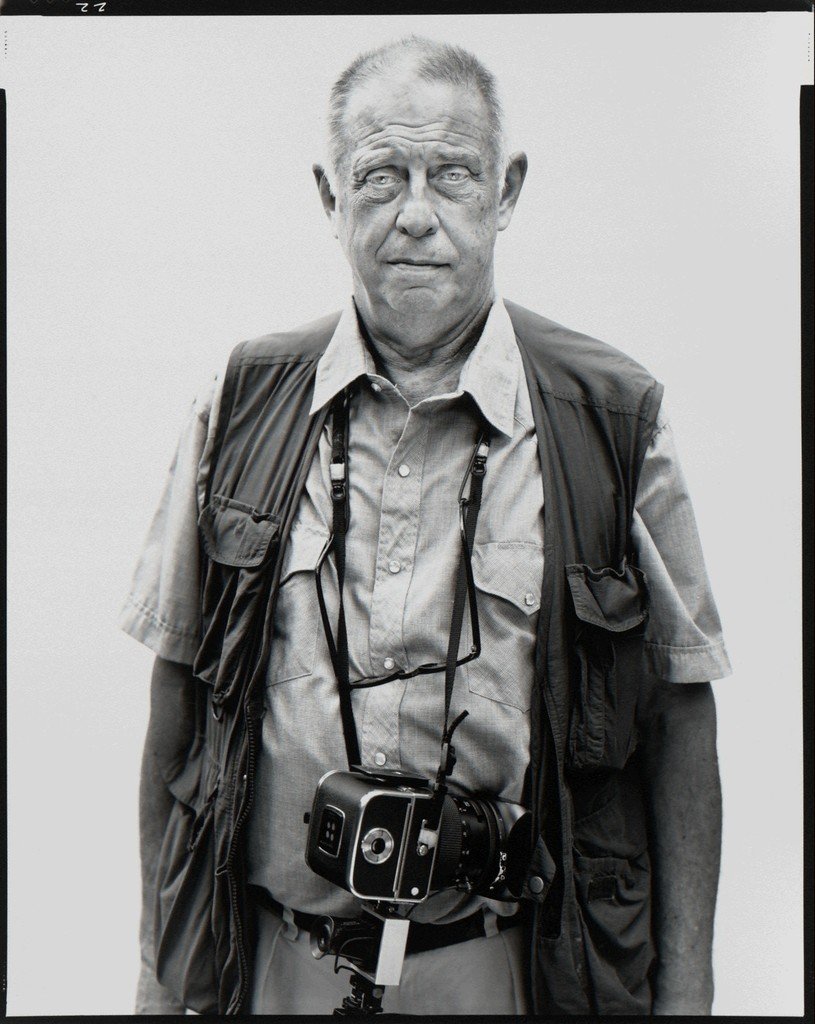 With the help of a talented mechanic from the automobile workshop nearby, Hasselblad began reverse engineering the German aerial surveillance camera and re-designing what would become the first ever Hasselblad, the HK7, a 7×9 camera that used 80mm film and was fitted with a Zeiss Biotessar lens.

Between 1941-1945, Hasselblad produced a total of 342 different cameras in collaboration with the Swedish military. But Hasselblad always viewed their partnership as the first step towards the development of a civilian camera, something portable that could fit in the hand. 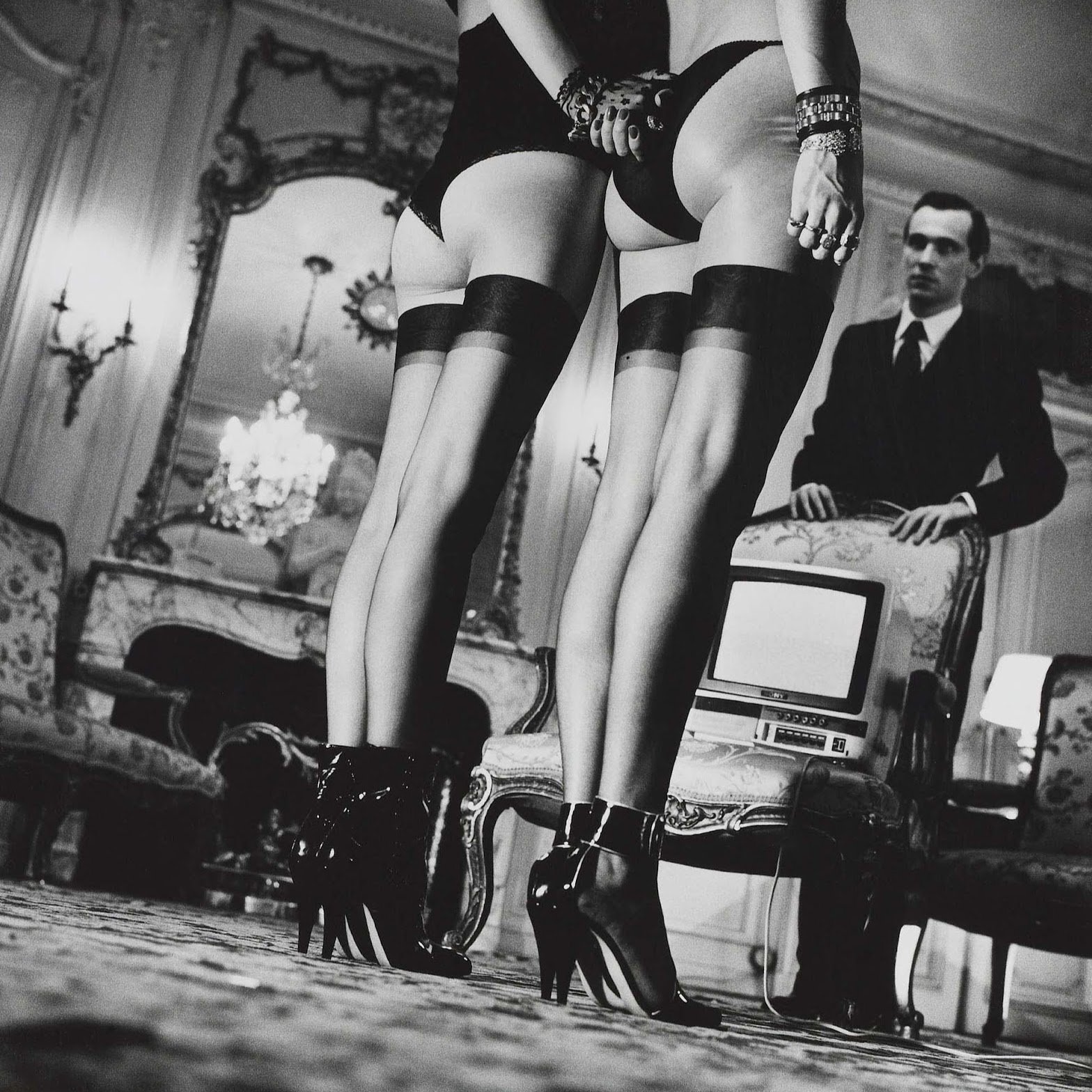 Victor could only fully concentrate on this after the war was over, but in 1948 succeeded in producing Hasselblad’s first consumer camera, the 1600F- a 6×6 camera with interchangeable Kodak lenses and viewfinders. Later the 1600F was refined, leading to the 1000F. A legend was born. 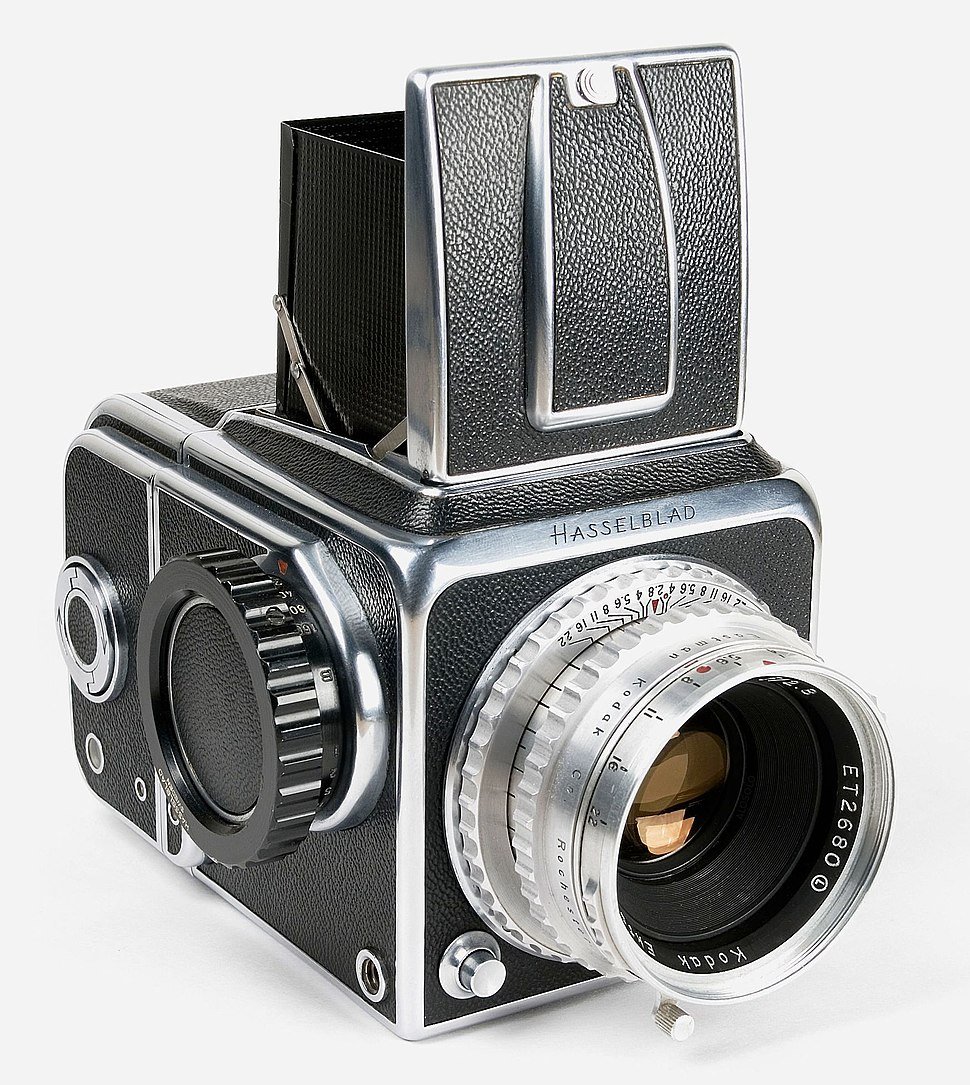 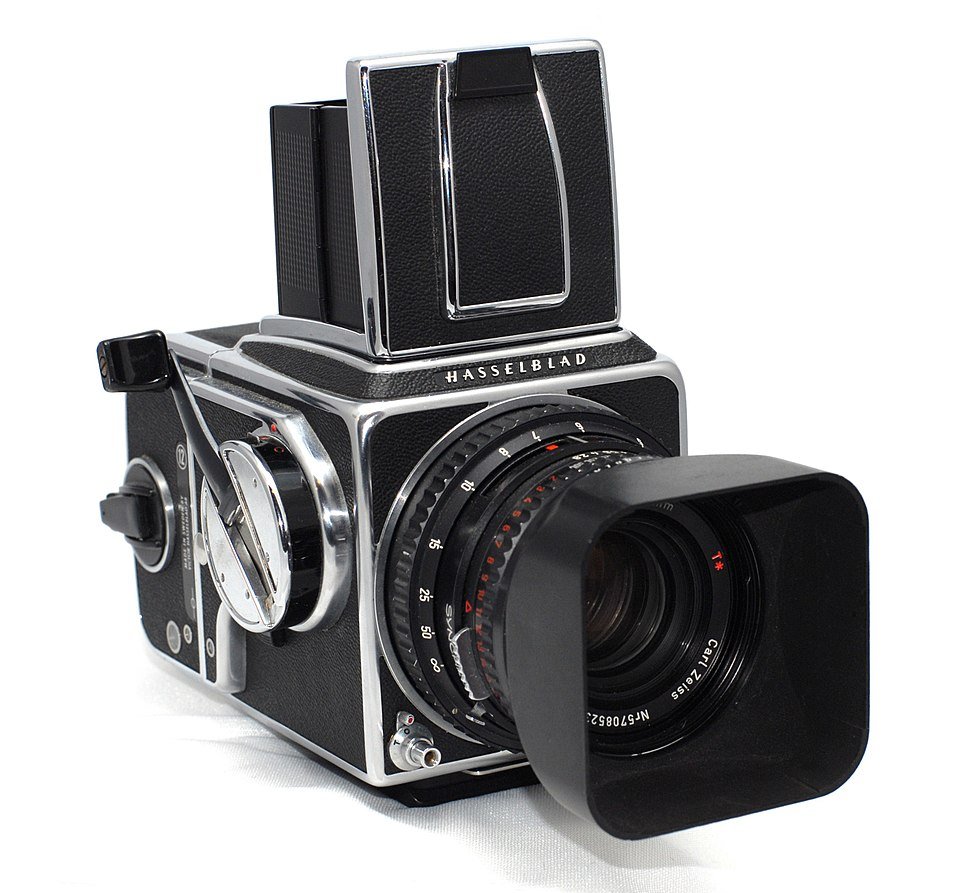 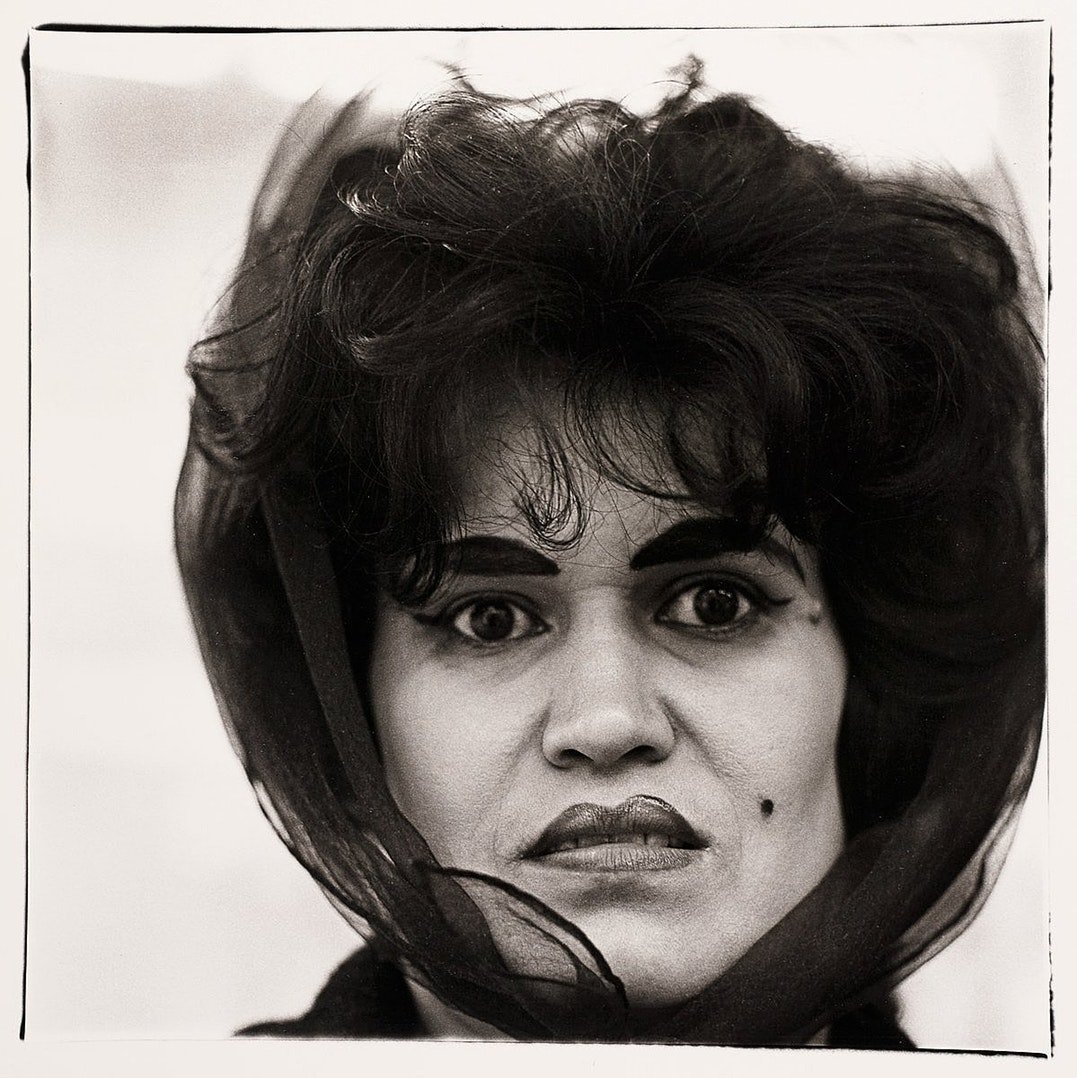 Hasselblad has since gone on to develop various models and camera formats, establishing itself as a leader in the field of photographic engineering and optics.

The Hasselblad approach has been copied and emulated by many, but never equaled. A coveted household name, photographers still consider Hasselblad as the holy grail of cameras.