“If it were easy to talk about, I’d be a writer.
Since I’m inarticulate, I express myself with images.”  – Helen Levitt

Helen Levitt’s photographs provide us with a glimpse into the furor and fastness of life in New York from the 30’s to the 80’s. Chronicling half a century of life on the city streets, Levitt’s lyrical eye reveals the playfulness at the heart of human interaction in the metropolis.

Helen Levitt was born in Bensonhurst, Brooklyn in 1913 and began shooting at the age of 18. She was largely inspired by the most acclaimed photographer of her day, Cartier-Bresson, and after the two were fortunate to meet in 1935, she purchased a 35mm Leica and began to see photography as more than just a hobby.

She was immediately drawn to the games of children on the streets of Brooklyn and documented their chalk drawings voraciously. 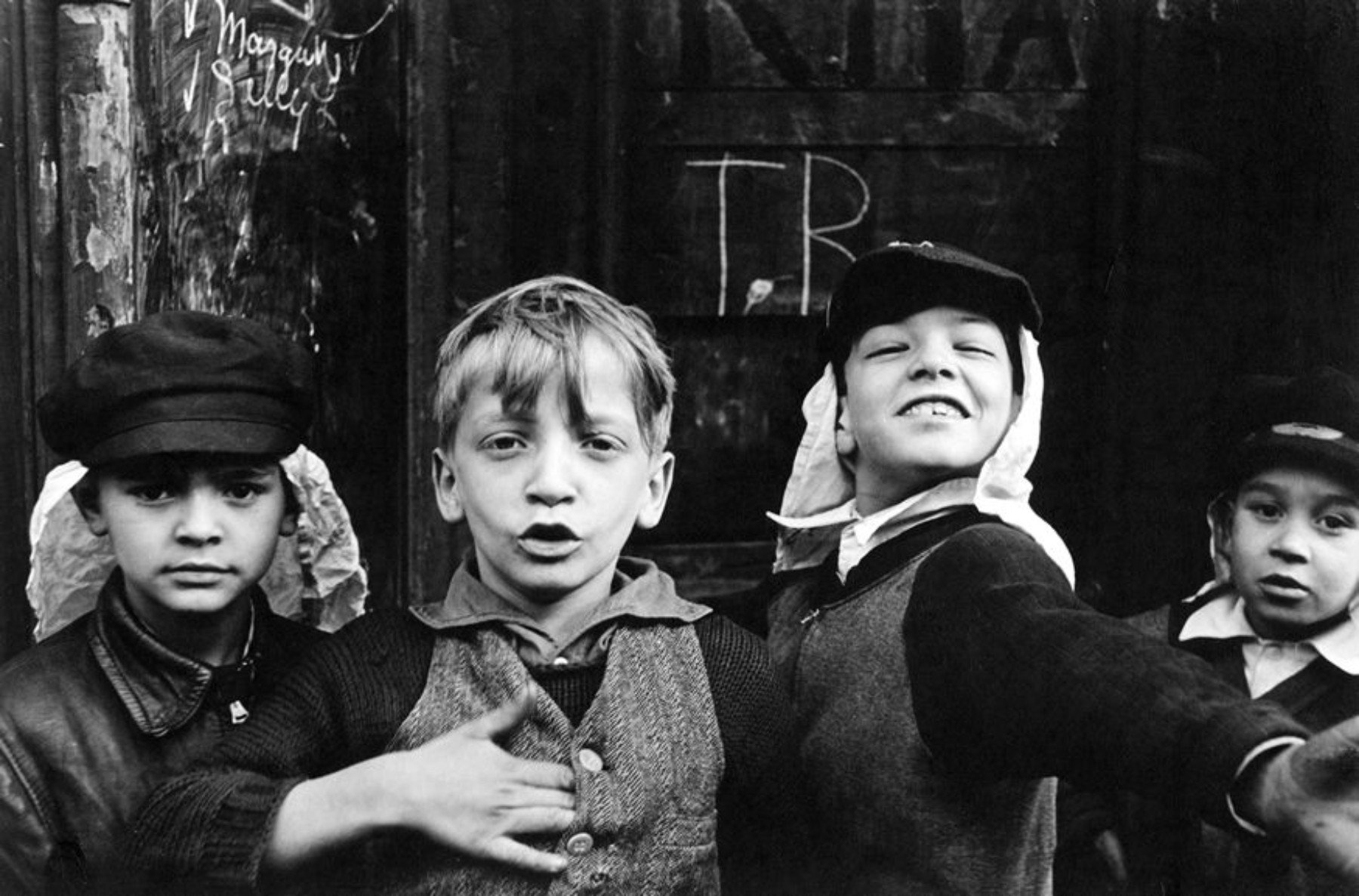 A few years later, in 1938, she had a meeting and portfolio review with Walker Evans, to whom she showed her photos of the children’s chalk drawings.

They immediately struck up a friendship and often would accompany each other on walks around the city, with Evans retrospectively saying that the only photographers he “felt had something original to say were Cartier-Bresson, Helen Levitt and himself.” 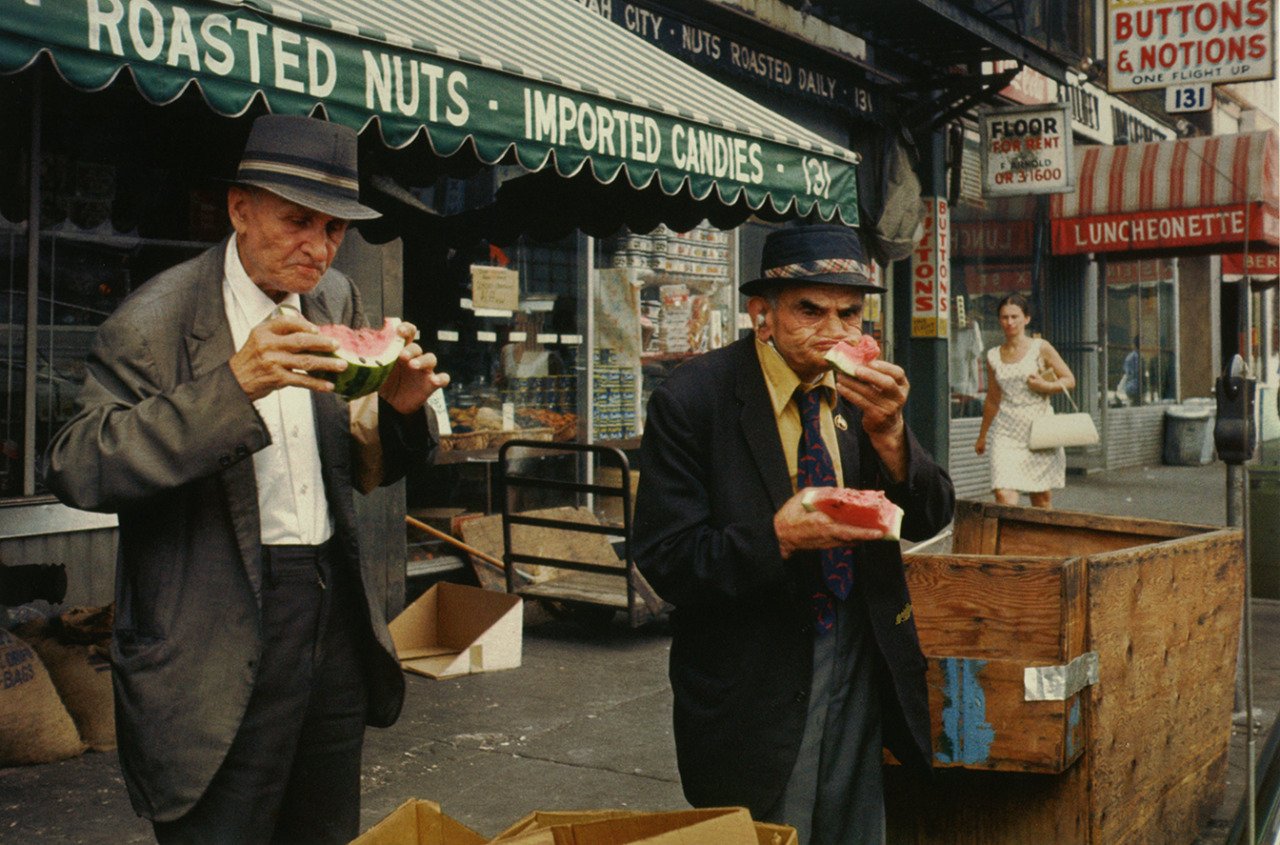 Levitt had grown up in an immigrant family and was thus acutely aware of the social and racial inequality that was rife in New York City.

By capturing the diversity on the streets, she hoped to break down injustices, demonstrating that children from all backgrounds would play together, unaware of the divided and crime-ridden world that surrounded them. 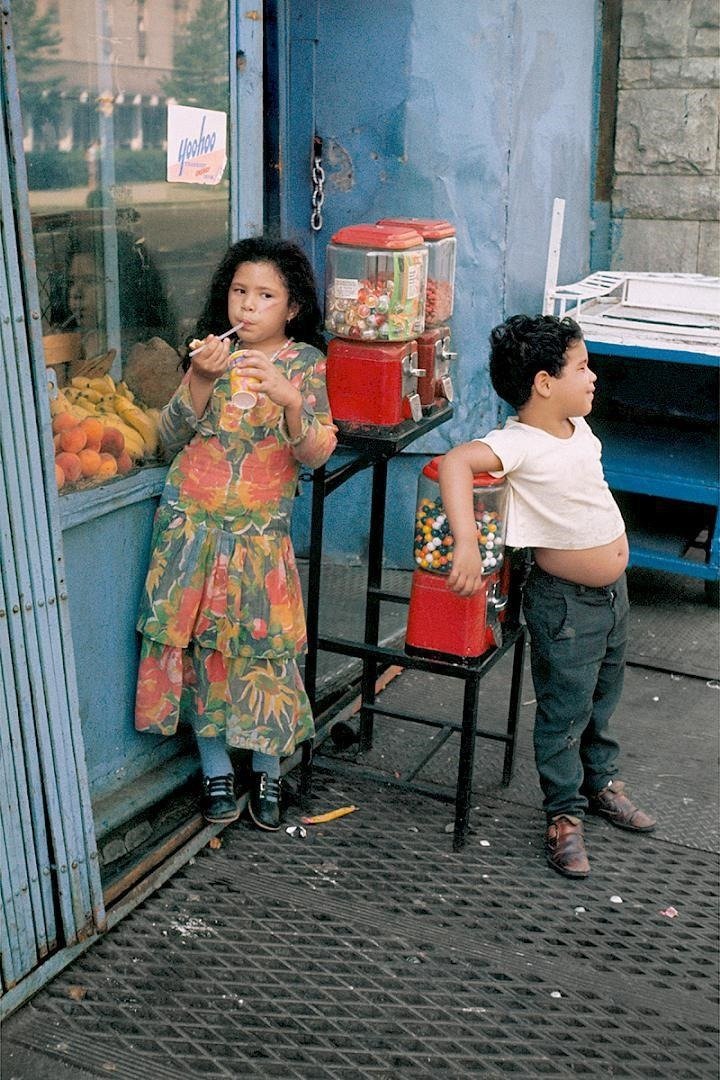 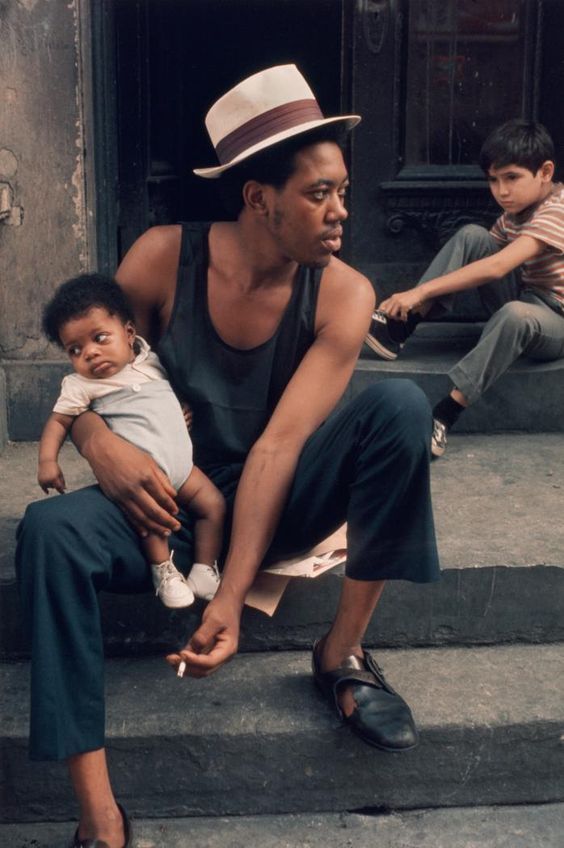 Known for her spontaneous pictures which capture the gritty reality of working-class neighborhoods with theatrical fantasy, Levitt’s interests clearly lay in moments of mischief on the sidewalks, in ideas which rejected the established precedents of her predecessors; those that suggest that a single image could capture an entire truth.

A true pioneer of Street Photography, Levitt transformed many conventions of the genre by suggesting that images are open-ended and speak of things outside the frame. Her images display a confident and solitary roving eye, whose love of photography was not constrained by form or theory.

Levitt’s works appreciate all of the street’s inhabitants, from the voracious personalities desperate for their moment in the limelight to the shyer curtain tweakers, framed in their brownstone window frames.

A Brooklyn native, Levitt’s discreet shooting style allows her to depict people absorbed in the rituals of daily life, seemingly unaware of her presence. Levitt’s fame may not have come to her in her lifetime but her work has undoubtedly shaped the genre of street photography itself, with many trying to emulate the authentic moments Levitt was a master at catching.

Though her work crosses over into the genre of social documentary, Levitt was deeply influenced by the surrealist movement and explored the imagined realities of children in her work. Her photos speak of fantasy beyond that which is being depicted, frequently focussing on children immersed in their world of make-belief. 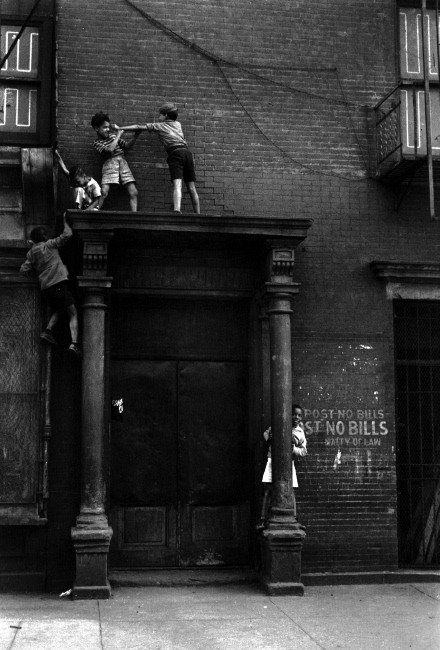 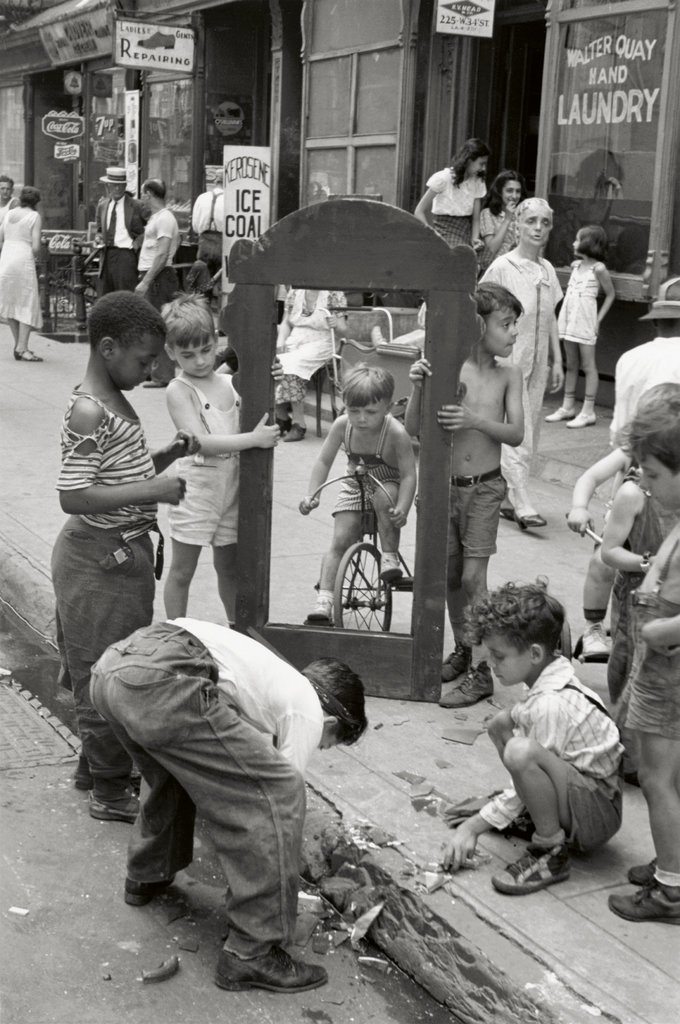 Levitt has become known as New York’s “visual poet laureate”, providing a lyrical understanding of her surroundings, free from stereotype or judgment. Though she was often a voyeur, her pictures seek to humanize her subjects in all their disparate integrity. She also dabbled in the world of film-making where she was an early pioneer of the New York avant-garde movement. 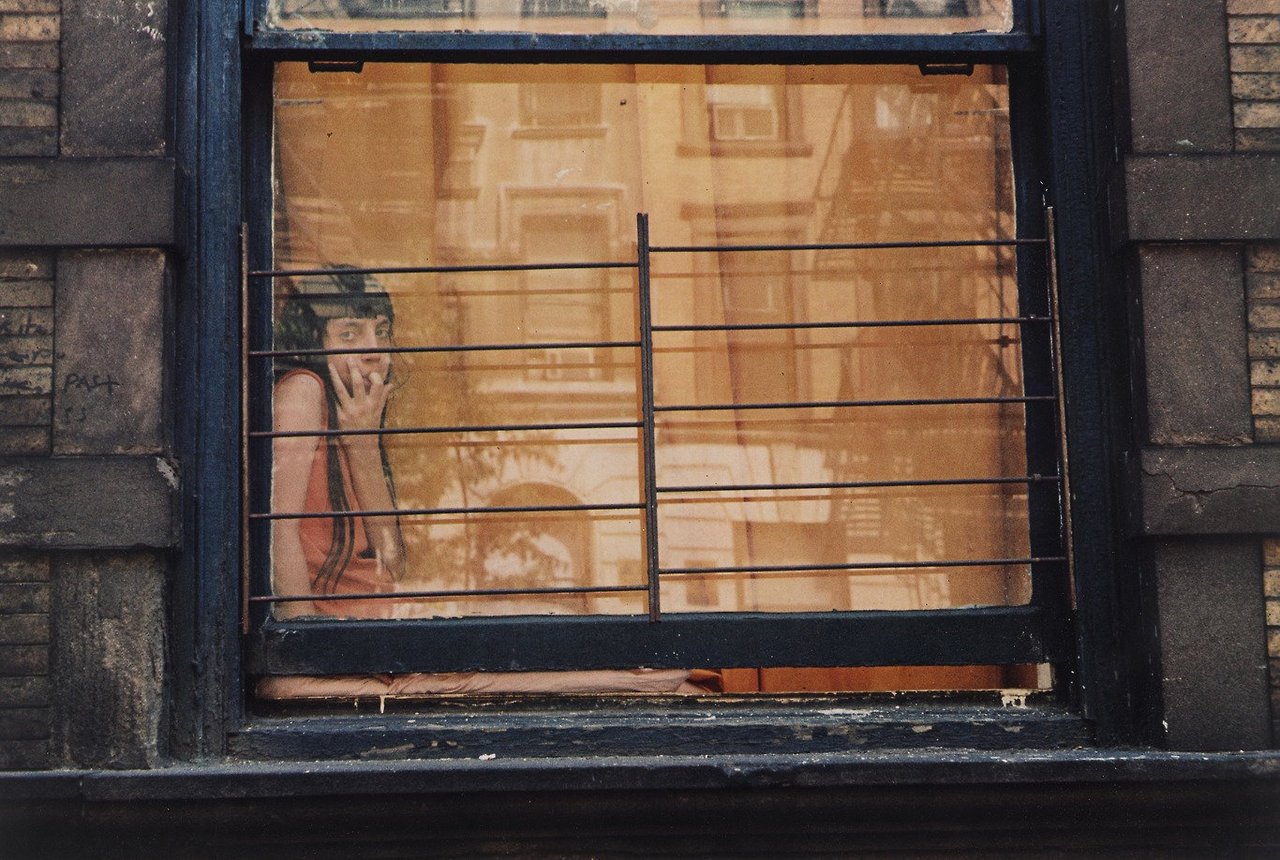 “It would be mistaken to suppose that any of the best photography is come at by intellection; it is like all art, essentially the result of an intuitive process, drawing on all that the artist is rather than on anything he thinks, far less theorizes about.”

Levitt’s work will remain immediately identifiable by those moments of drama, humor, grace, and surprise, discovered in the most unexpected places.