The American photographic tradition is as great and expansive as it’s natural landscapes, as diverse as its peoples and reflects both the savory and unsavory of the world’s biggest superpower.

Though providing an exhaustive history of photography in the USA through the 20th Century is a tall order, these images give us insights into some of the greatest moments of the last 100 years, events that have shaped and immortalized this nation. 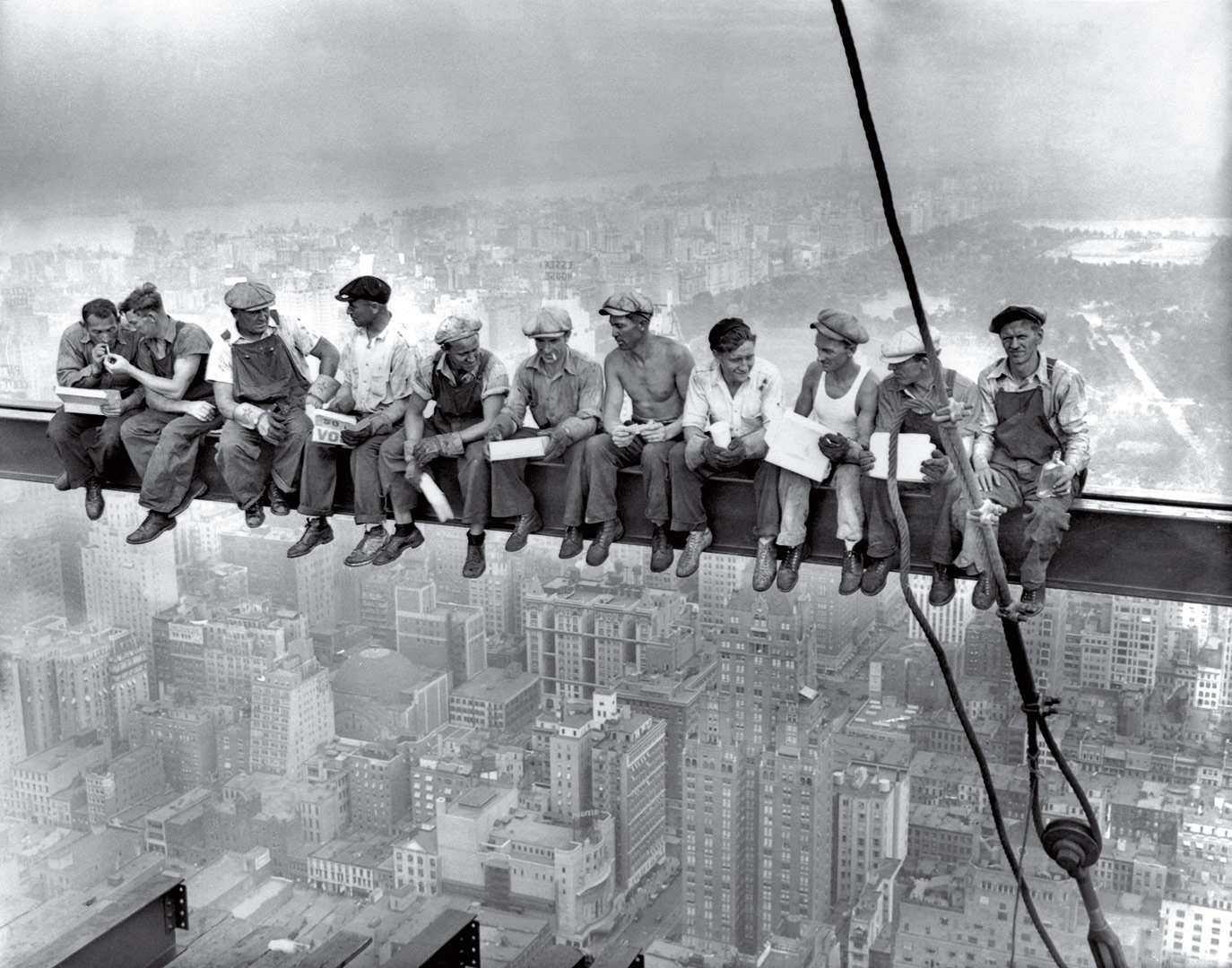 It’s hard to believe the scene in this truly iconic image- one of the most reproduced photos of all time- really happened. Depicting 11 construction workers casually eating, chatting and smoking, fearlessly sat atop a steel beam 840 feet above Manhattan. Taken from the 69th floor of the flagship RCA Building (now GE building), the identities of the men, who were all construction workers who helped build the Rockerfeller Centre, remain unknown to this day. To add to the intrigue, the photographer’s identity is also unknown, as three photographers; Charles C. Ebbets, Thomas Kelley, and William Leftwich were all present at the event.

Muhammad Ali vs. Sonny Liston – One of the most anticipated sports matches of the decade. Neil Leifer, a Sports Illustrated photographer was in the front row. In his ringside spot, he watched Muhammad Ali Square off against his boxing heavyweight nemesis, Sonny Liston. It was only one minute and 44 seconds into the first round that Ali dealt a winning knockout blow to Liston’s head.

Leifer said of the moment “I was obviously in the right seat, but what matters is I didn’t miss”. The perfectly composed image of the towering champ over his vanquished opponent helped paint Ali as the nation’s most revered athlete, at a moment when sports, politics and popular culture were at ahead. 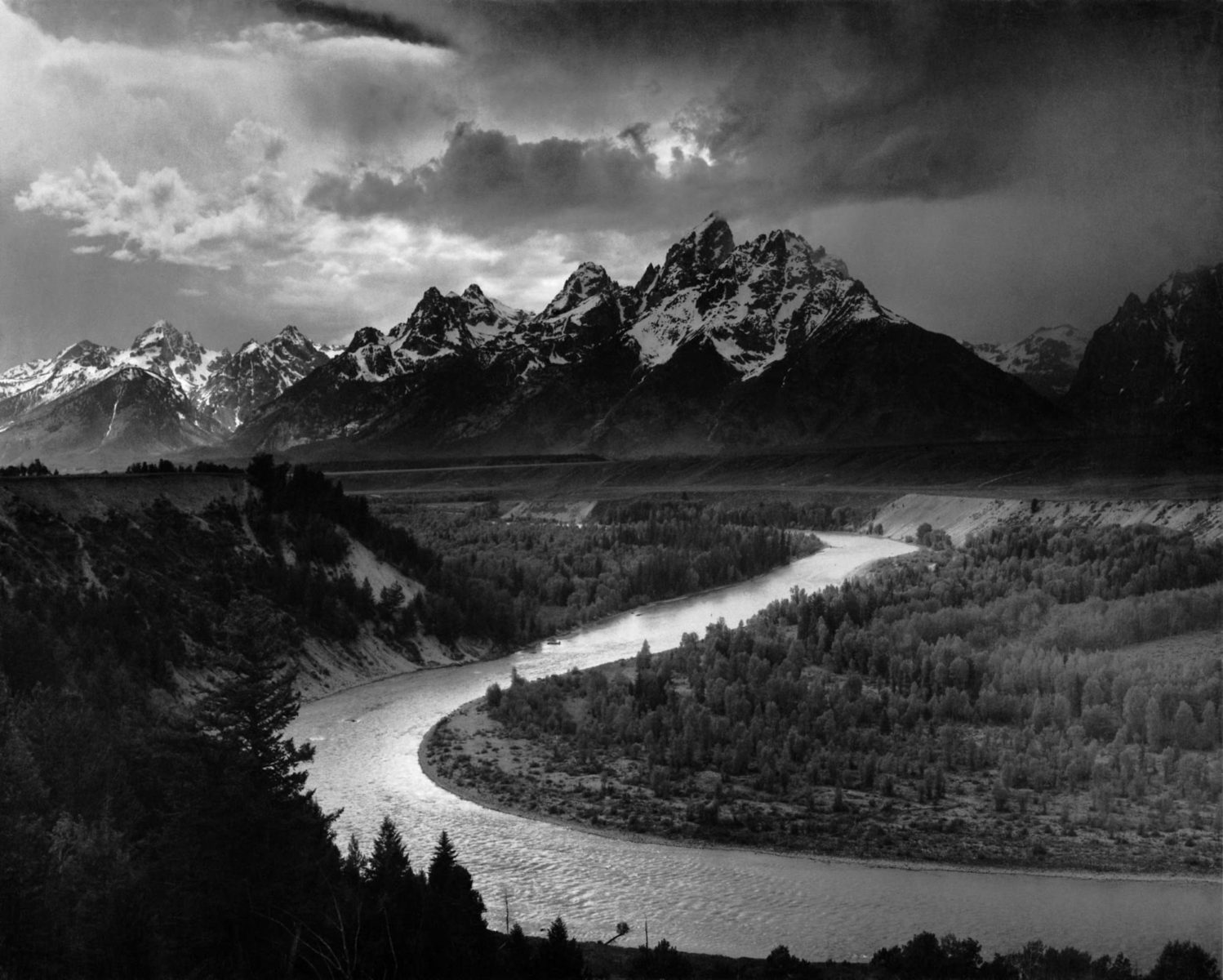 Ansel Adams, the godfather of landscape photography became famous for shooting monochrome images of National Parks throughout the American West. Using a Deardof 8×10 large format View Camera he captured extremely high-quality images. Among his most well-known images is the visionary photograph of the Teton mountain ridge and Snake River in Wyoming.

Adams had been commissioned by the US Department of Interior to photograph National Parks, Native American reservations and other locations in one of the most intensive topographic studies of the day. His hefty camera, tripod, and film had to be carried long distances across high valleys- proving that his work was no easy feat, but a matter of passion and dedication to the magnificent landscapes of the USA. 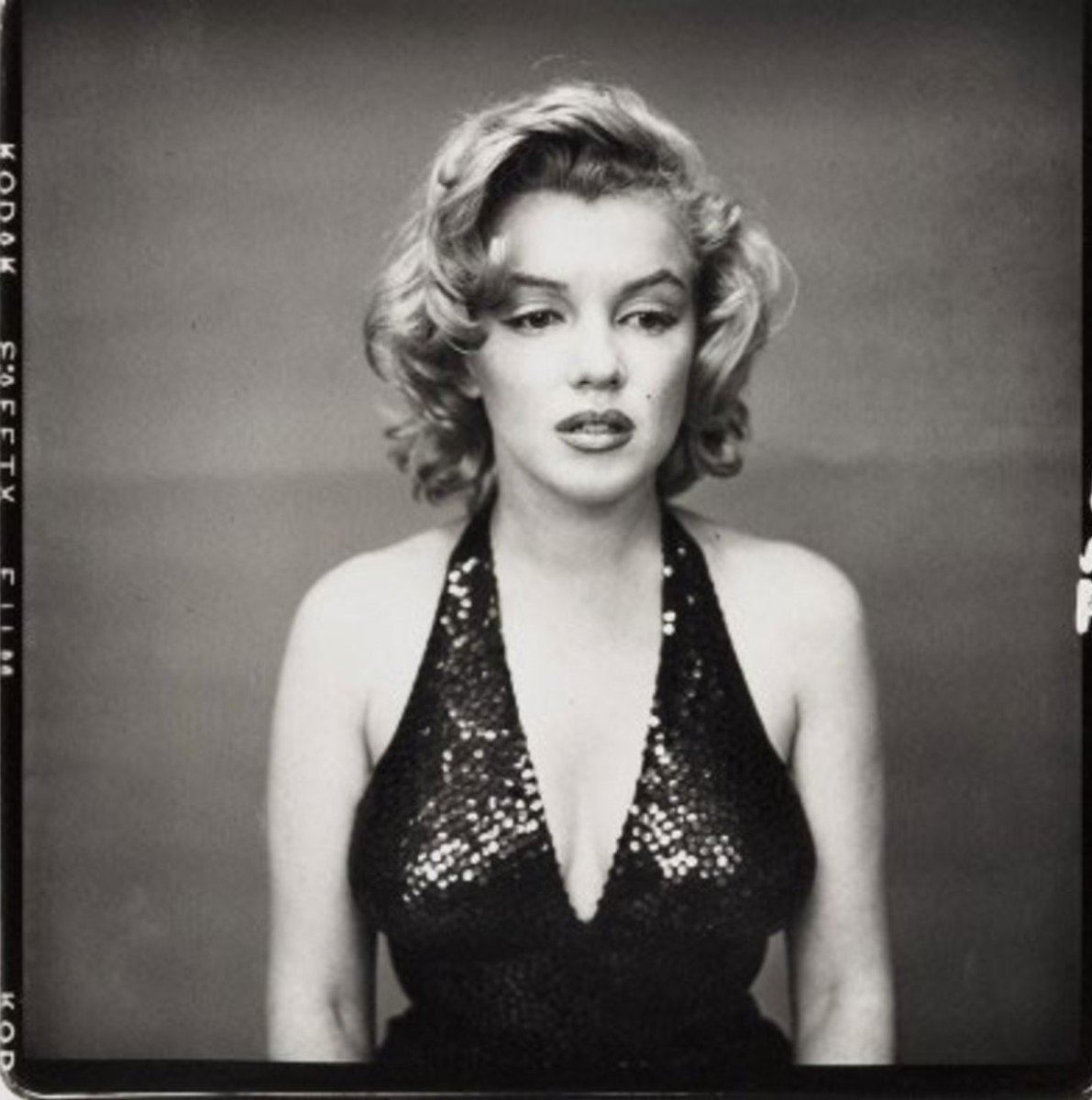 Monroe exists in public memory as a ray of light- beautiful, effervescent, ever-smiling. But Avedon’s image of the star is perhaps the most ‘honest’ image of Monroe that exists, revealing a complex, multi-faceted individual whose depth was often sadly overlooked.

Avedon recalled “For hours she danced and sang and flirted and did this thing that’s—she did Marilyn Monroe. And then there was the inevitable drop. And when the night was over and the white wine was over and the dancing was over, she sat in the corner like a child, with everything gone. I saw her sitting quietly without expression on her face.” It took a while for the image to be considered trailblazing, but highlights Avedon’s unique ability to reveal humanity over performativity. 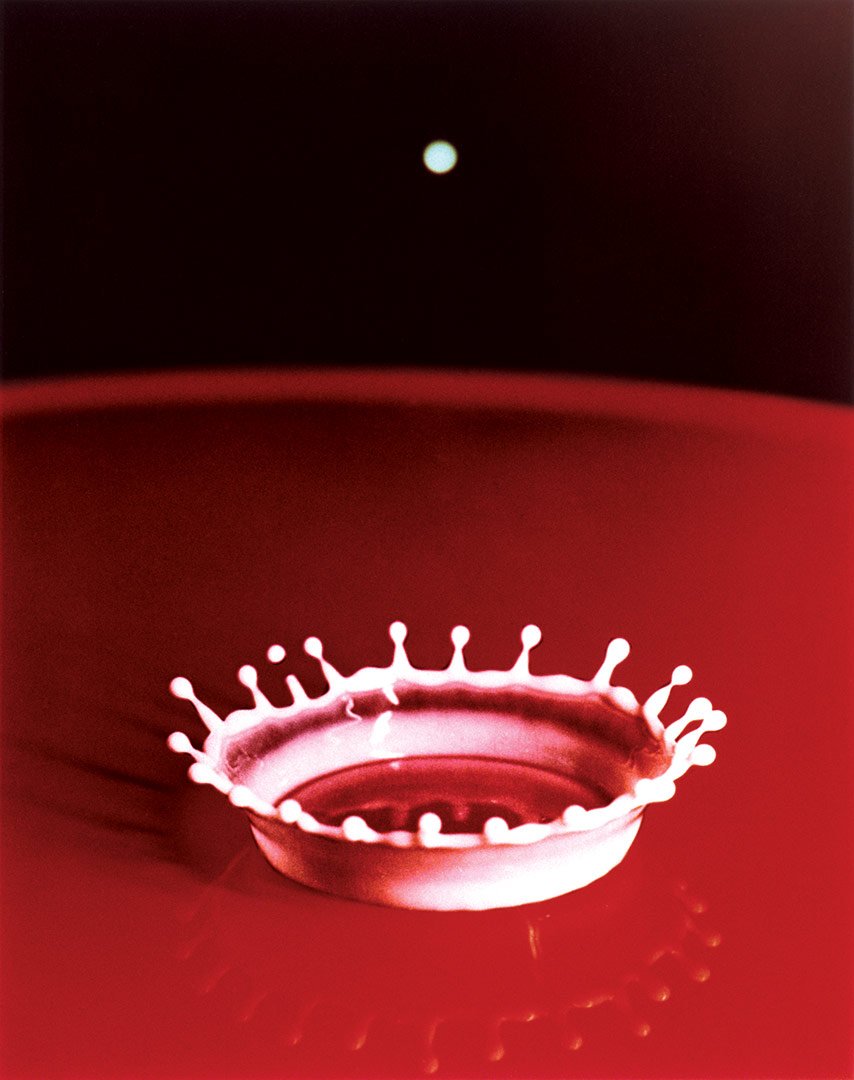 Harold Edgerton, otherwise known as ‘Papa Flash’, is largely credited with transforming the stroboscope from a scientific laboratory instrument into a commonly used household device. A professor of electrical engineering at the Massachusetts Institute of Technology, before he rigged a milk dropper next to a timer and a camera of his own invention, it was virtually impossible to take a good photo in the dark without large, scientific equipment.

But Edgerton had lofty aspirations, hoping to photograph a fleeting moment in minuscule detail. It was at his lab at MIT that he started playing with a process that would eventually revolutionize the flashgun. Combining high-tech strobe lights with camera shutter motors he succeeded in capturing moments that were imperceptible to the naked eye, discernible only for a millisecond. These photos laid the foundations for the modern electronic flash and advanced human understanding of the physical world. 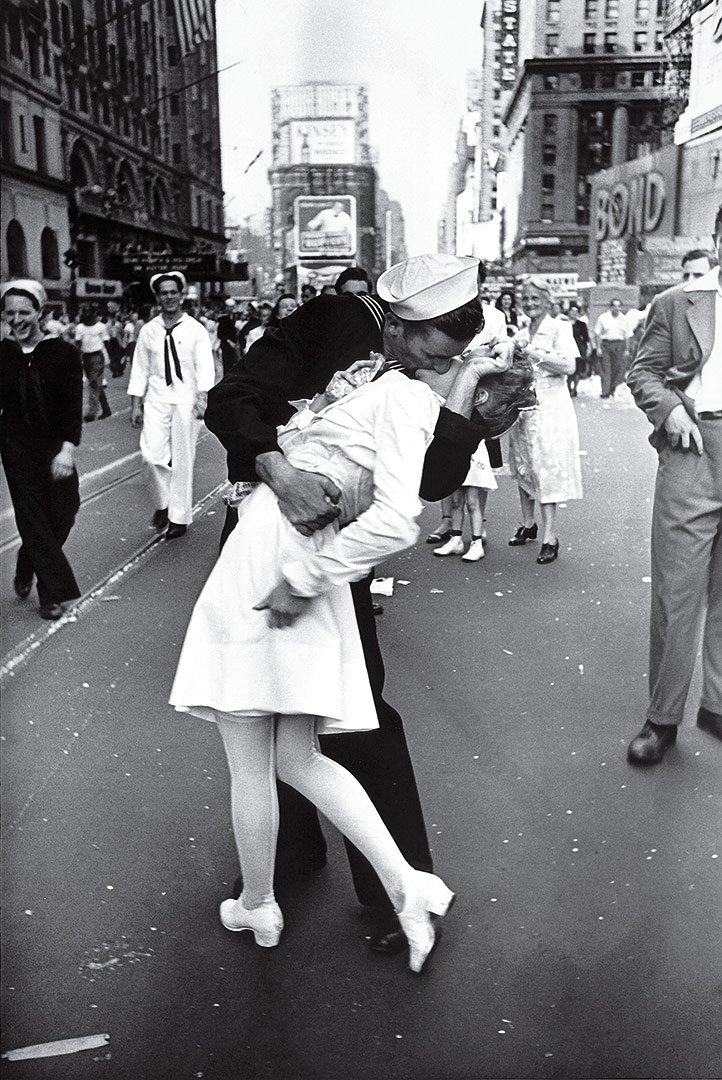 When World War II ended on August 14th, 1945 the mood on the streets of New York was euphoric. Alfred Eisenstaedt soon found himself celebrating with the revelers at Times Square. As he searched for subjects to focus on he saw a sailor grab a nurse, tilt her back and kiss her. Though now some claim it was a case of sexual misconduct, the image has become synonymous with unbridled joy, and spontaneous passion. Within collective memory, it represents a transformative moment of hope in world history. 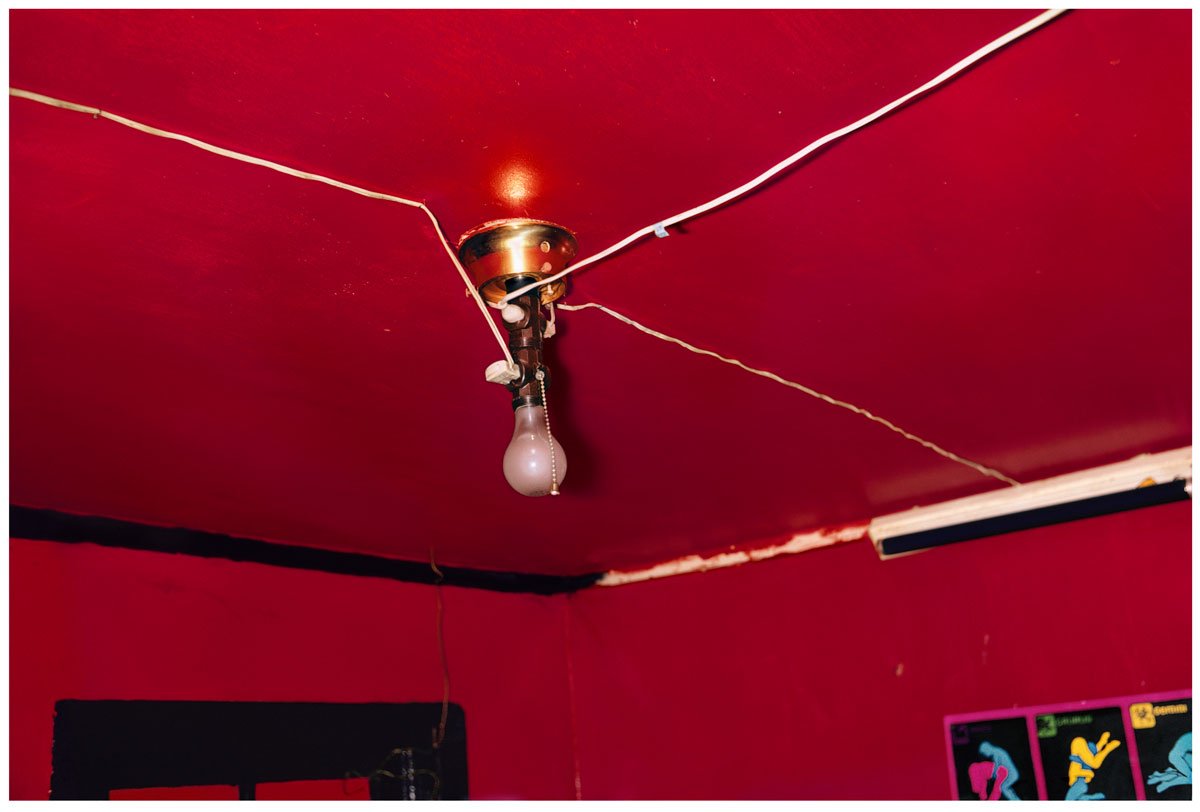 William Eggleston is famed for transforming the mundane into the distinctive through his signature use of super-saturated color, a result of the dye-transfer printing process and the iconic now-discontinued Kodachrome film.

His most famous photograph, Greenwood, Mississippi (1973) singularly speaks of his draw to details which his contemporaries completely overlooked, and which made the photographer so unique. His life’s work is an ode to color, form, and a testament to the transformative drive of boredom. 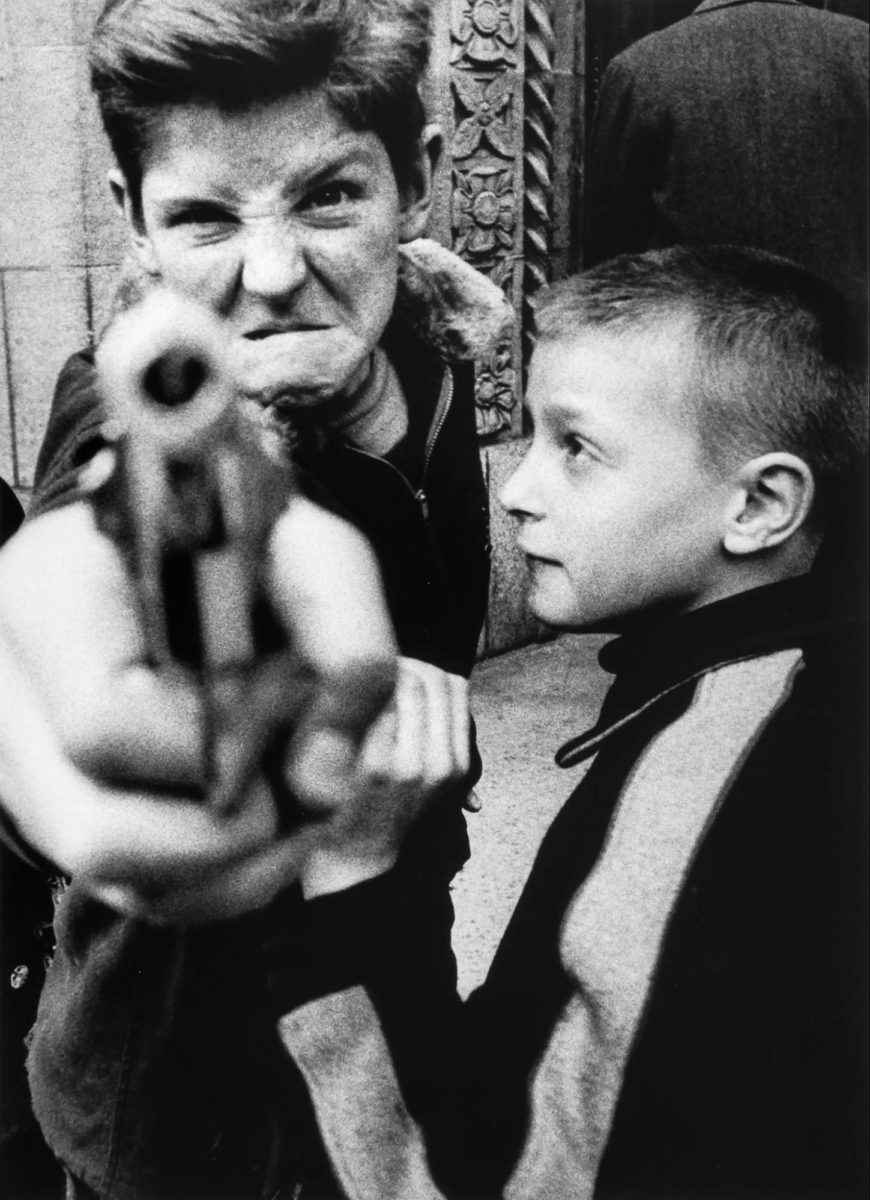 After eight years abroad in the army, Klein returned to his native USA, finding it familiar but also strange. Vogue quickly commissioned him to create a photo book about NYC, but Klein, unable to whitewash the city without its grittiness produced an uncompromising portrait of The Big Apple which the magazine ultimately rejected.

Later, he took his photos to Paris and self-published the book Life is Good & Good for You in New York. His most famous image from the series depicts a young boy pointing a gun at the camera, mimicking the stereotypical pose of a gangster. Klein’s portrait of the city presented another, rougher, side to the American dream. 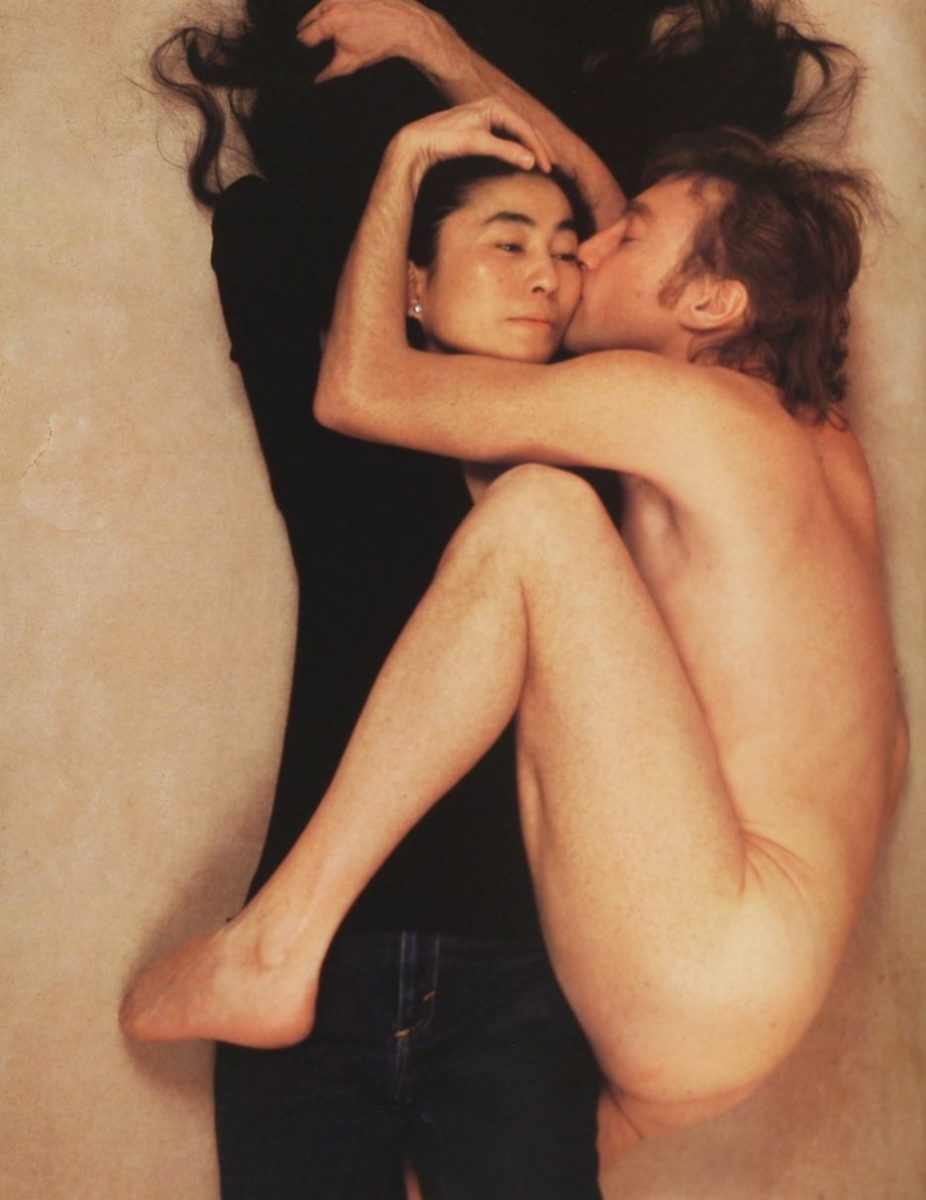 Perhaps one of the most famous portraits of musicians ever was this shot of lovers John Lennon and Yoko Ono, which cemented Annie Leibovitz as one of the most influential portraitists of the late 20th Century. Liebovitz was Rolling Stone’s chief photographer at the time- she had initially asked for a photo of Lennon alone, but he insisted Yoko join him in the photograph which would make the next cover.

Liebovitz wanted a nude couple of the pair, but Ono, hesitant to be photographed naked, remained fully clothed. What resulted was a profound image, which was only made more so by the fact that Lennon was assassinated in front of his apartment just a few hours later. It was the last ever image of Lennon in his lifetime. 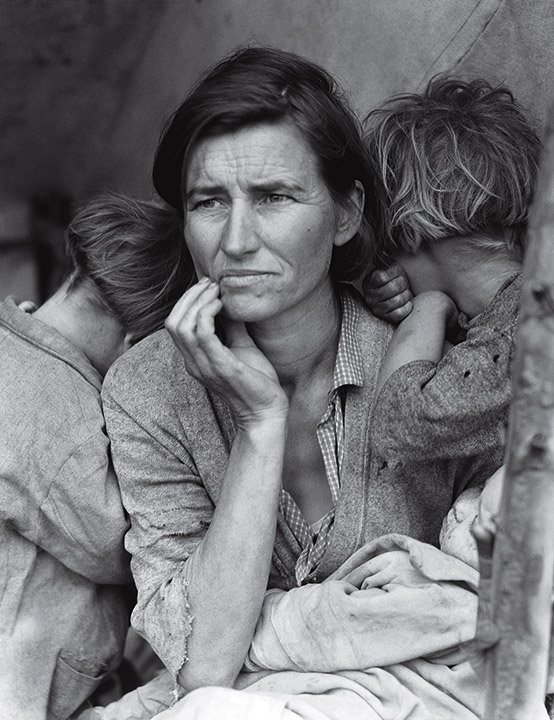 Migrant Mother has become the most iconic picture of The Great Depression. Of 160,000 images taken by Dorothea Lange for the US Resettlement Administration, this photo of Frances Owens Thompson with her two children gave a face to a suffering nation.

Lange’s work provided an intimate portrait of the toll taking place across the land, and with the belief that a photograph could shed light on injustice, she shot six 4×5 frames of Owen. After showing the photos to the authorities they sent 20,000 pounds of food to the “Pea-Pickers” camp where the photo was taken.

“Remember, remember always, that all of us, and you and I especially, are descended from immigrants and revolutionists.”– Franklin D Roosevelt